Asuncion is an old wreck of a place.  Sidewalks are destroyed, some buildings are crumbling, there's graffiti on the walls but the people are friendly and helpful  I had a list of things to see and in a couple of hours, I was back at the hostel, enjoying the air conditionning!
Paraguay was ruled from August 1954 to February 1989 by dictator Alfredo Stroessner.  Prisoners were detained in what is now El Museo de Los Memorias.  Up to 100 prisoners were crammed in the cells.  Music was played really loud to try and drive them crazy and the bathtub was used to almost drown the prisoners- 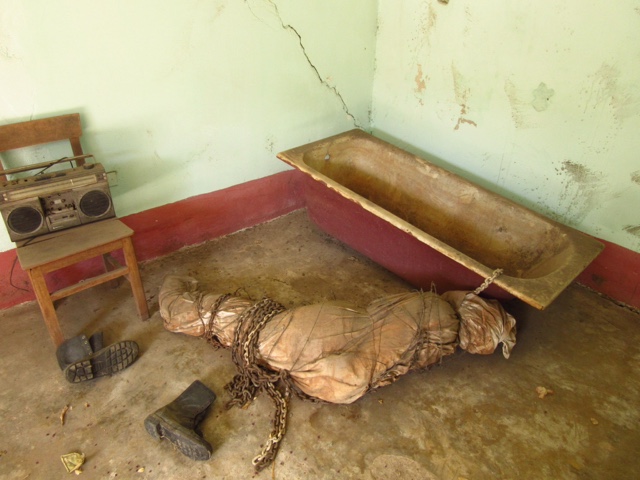 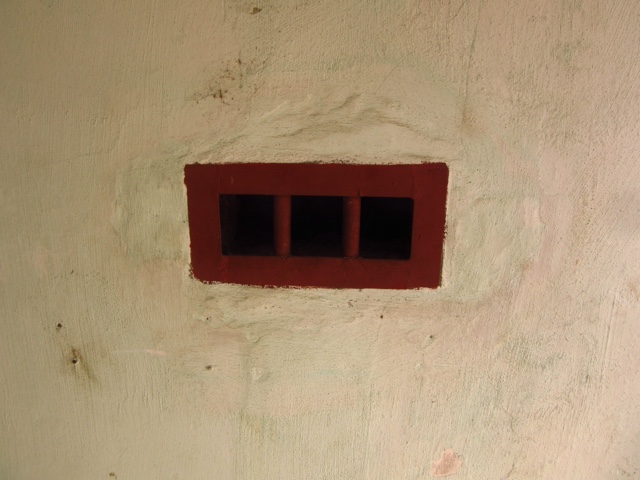 Scissors were used to pull out finger and toe nails- 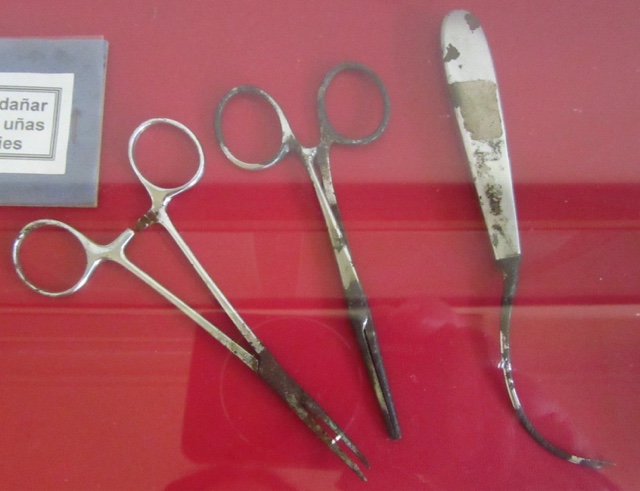 An electric prod was also used, especially on the genitals- 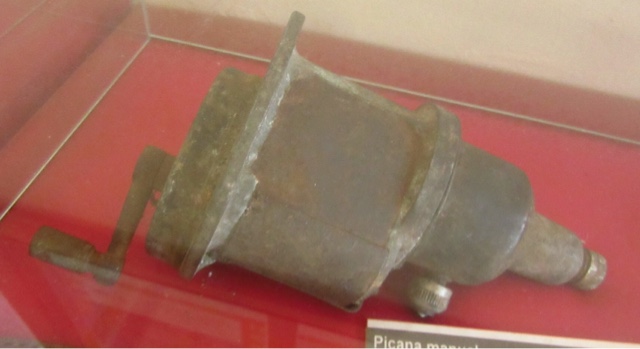 This ball was used to give lashes- 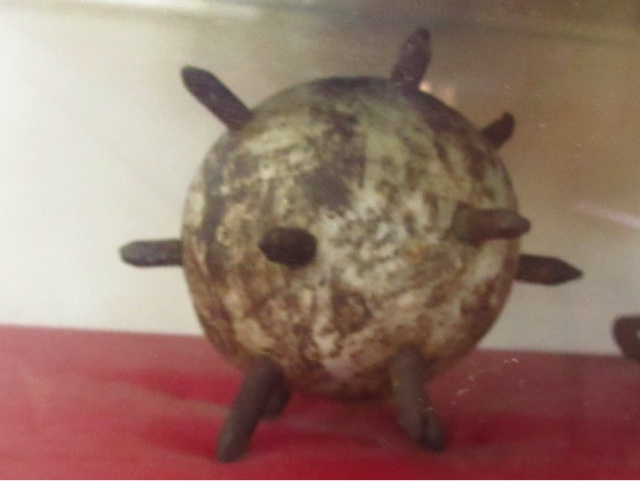 Over the years, almost 20,000 people were detained and close to 19,000 were tortured.
My next stop was at the Museo de Cabildo to see clothing worn by Shamans.  There are head dresses made of feathers- 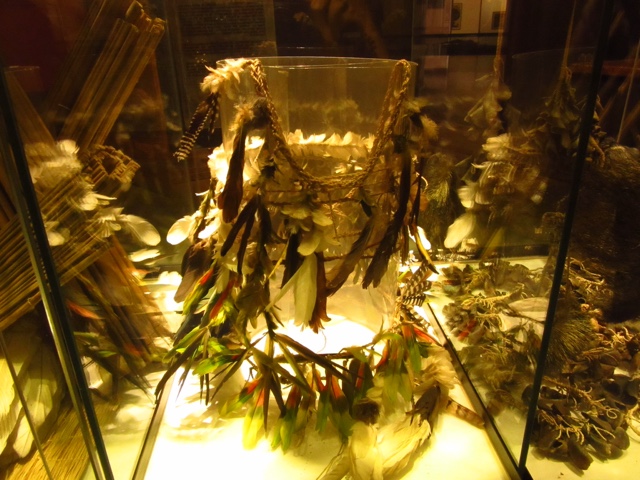 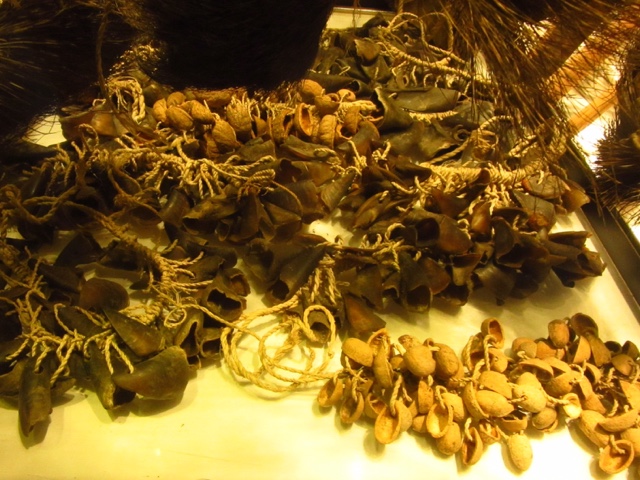 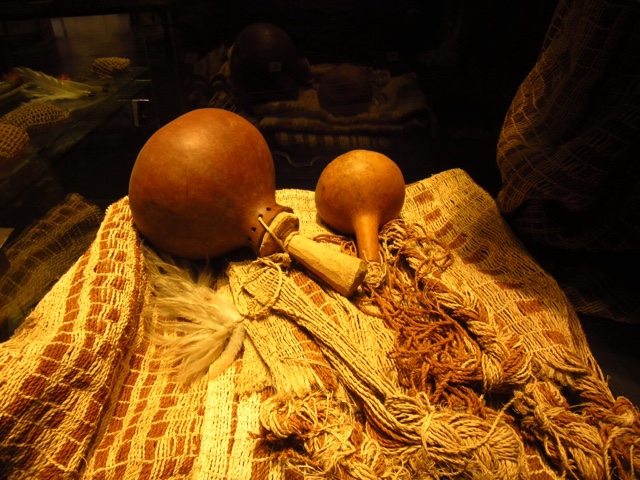 Religious statues from Colonial times were in the next room- Santa Rosa de Lima and La Virgen de Los Dolores.  It's  a funny, dark room, sort of an after thought I'm sure and a snub by the Indigenous- 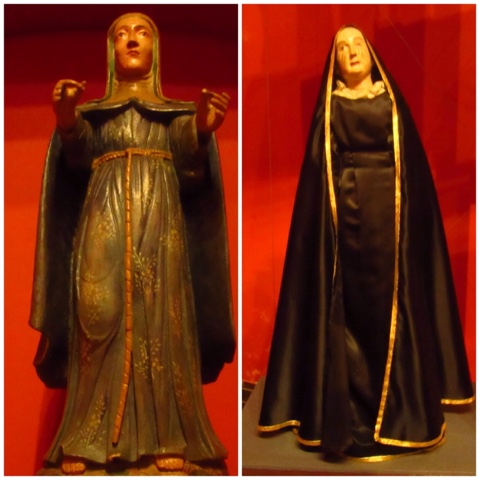 Outside the Cultural Centre is the tent city - a favella or slum.  A lot of the houses were flooded, as was the soccer field so just in the last week, some have moved up into the nearby park- 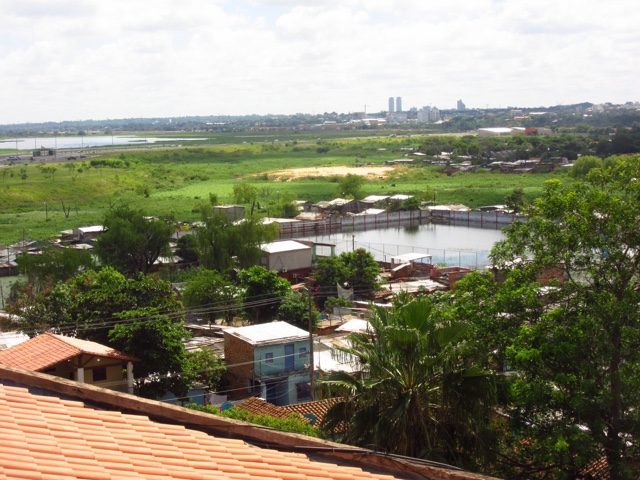 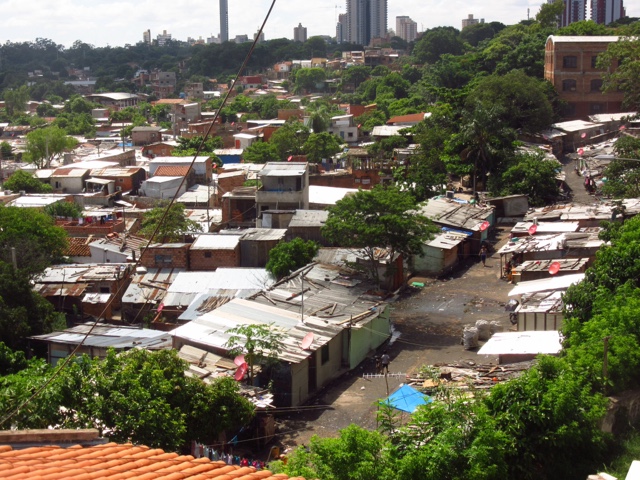 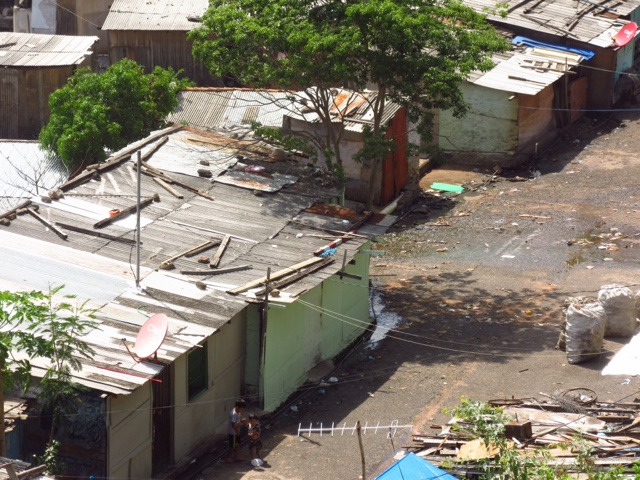 Once the water subsides, they will move home.  They don't have running water or electricity but the city has moved in a few portapotties.  Walls are plywood and roofs are tin- 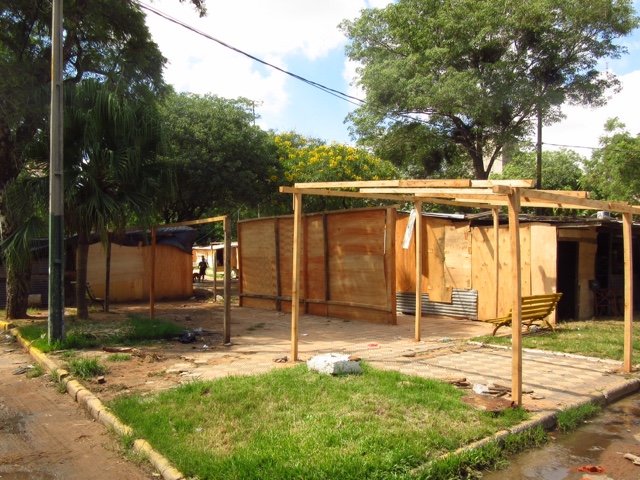 I would have liked to walk through the area but was warned it was too dangerous.
La Casa Del Independencia is where the leaders of the independence movement met in secret.  Paraguay became independent from Spain in May of 1811- 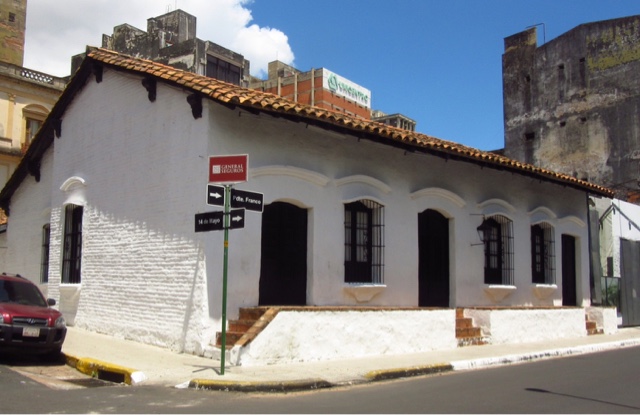 Inside are recreated rooms from the era- 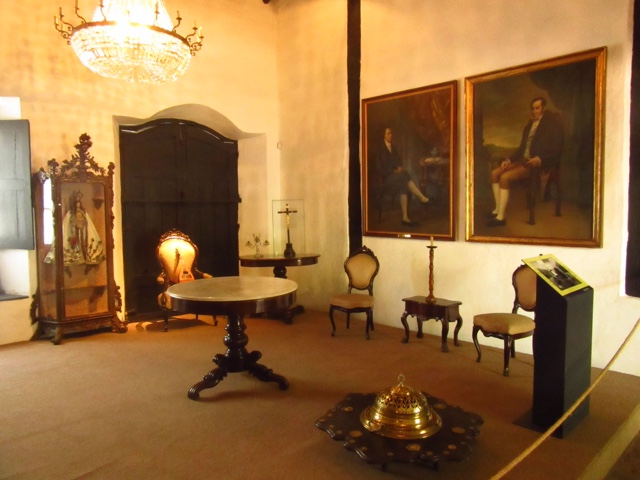 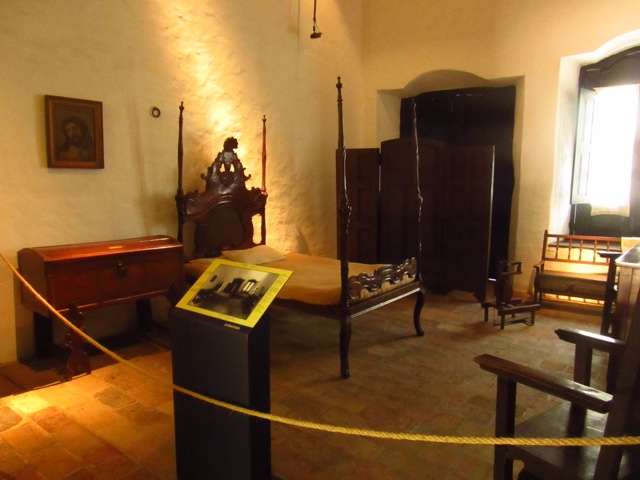 Afterwards, I wandered around the historical Centro.  It's so hot and humid, sweat drips off my nose!
There's some decent art on the buildings.  Looks like the artist forgot about her eyes- 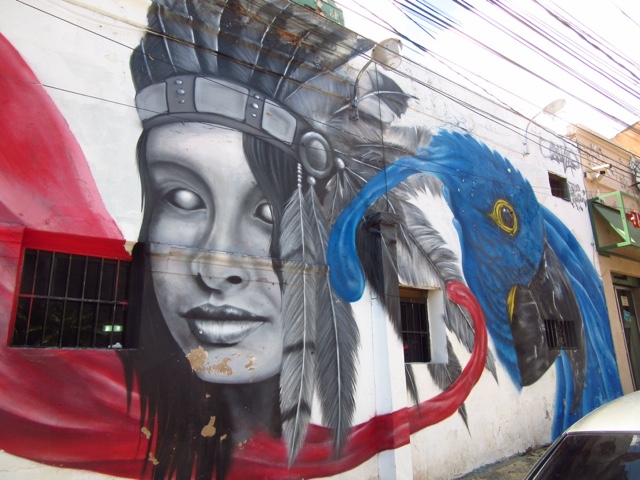 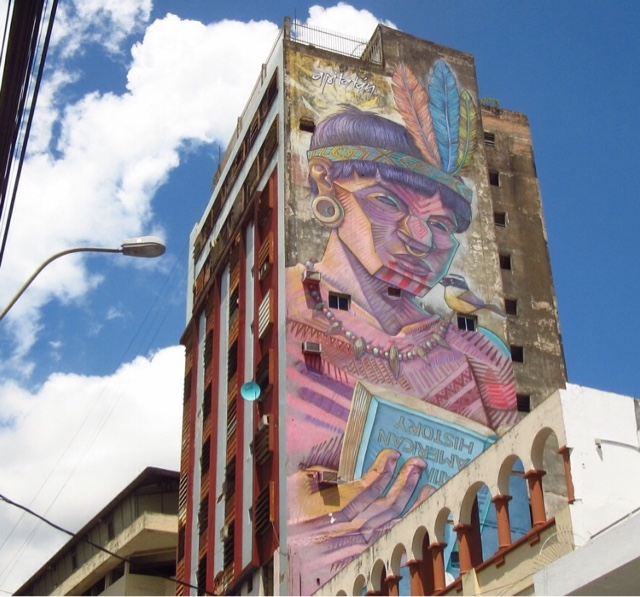 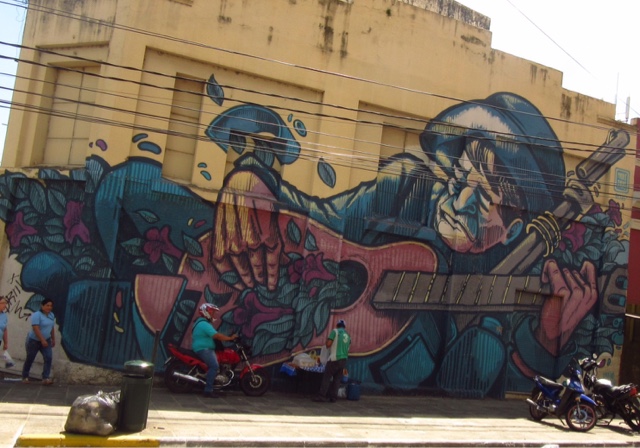 Everybody drinks mate and they chose their herbs fresh- 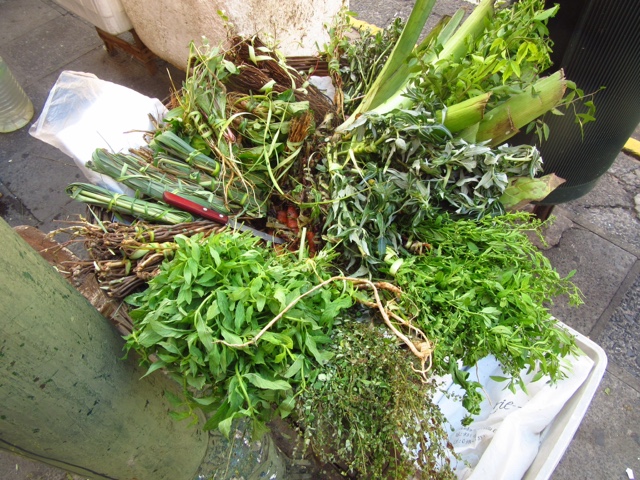 Then they're smashed in the wooden mortar- 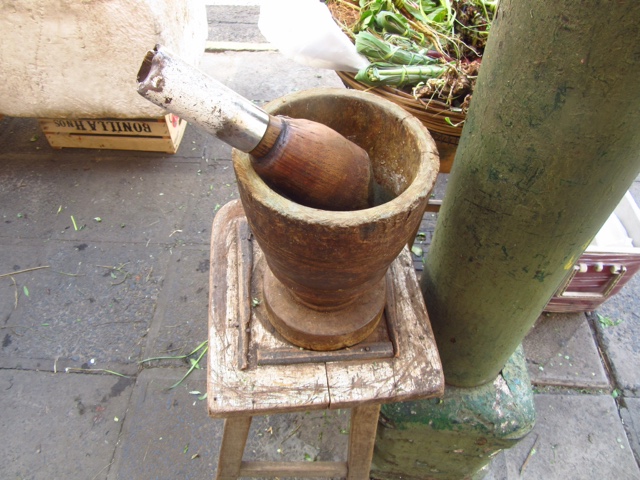 There's somebody on just about every block doing it- 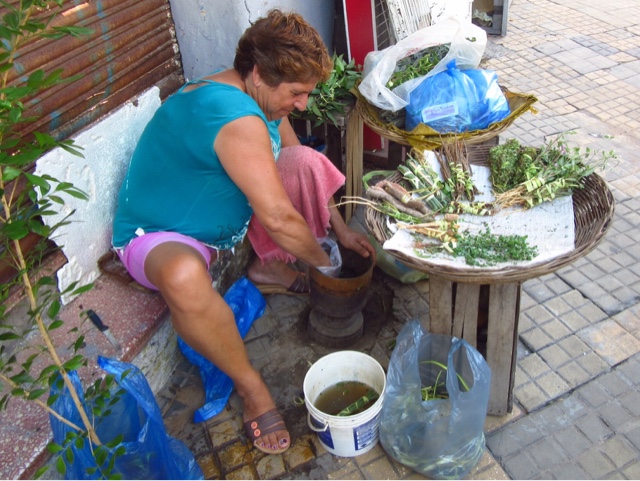 Lunch was fish soup, a Paraguan specialty.  The broth was excellent but the fish was fatty.  I don't think I've ever eaten, or rather spit out, fish fat before- 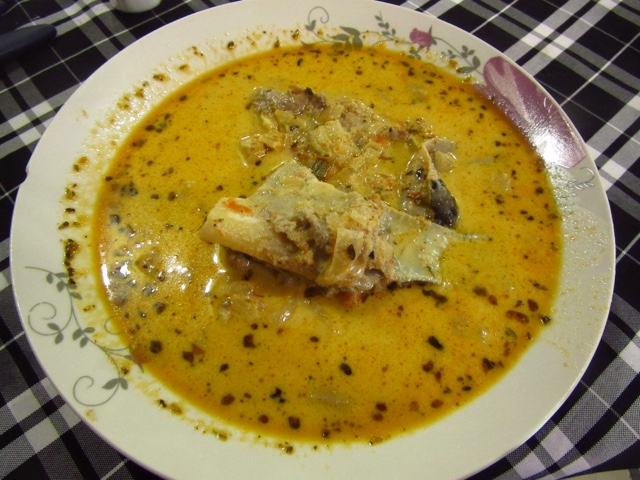 The appetizer was boiled cassava.  It's very boring and the hot sauce was too hot for me- 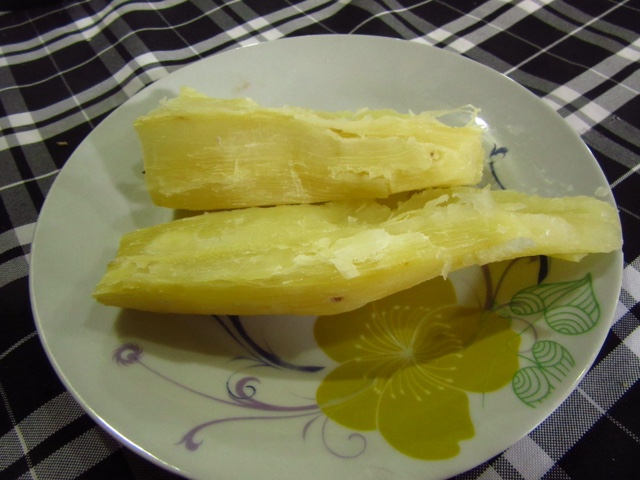 Weibke, Russ and I are cooking tomorrow in Foz do Iguacu, Brazil so we went grocery shopping this afternoon.  Looking forward to moving on!
at January 30, 2018