It was a 181 km drive from El Calafate, Argentina to Puerto Natales with a border crossing into Chile- 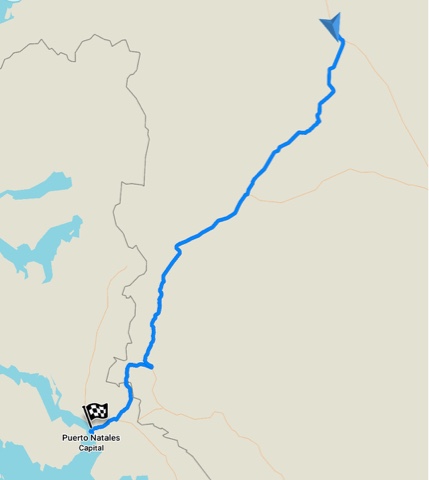 The border was in the middle of no where with a bumpy gravel road to get there.  Surprisingly, we weren't the only group there so I guess that inspite of the route, it's popular.  Chile can be difficult but we were through in about an hour and a half.  They have X-rayed all our bags at other borders but this time, we lined them up on the sidewalk next to the truck and a dog sniffed his/her way around them.  The dog also went into the truck but came out empty mouthed.
Along the way- 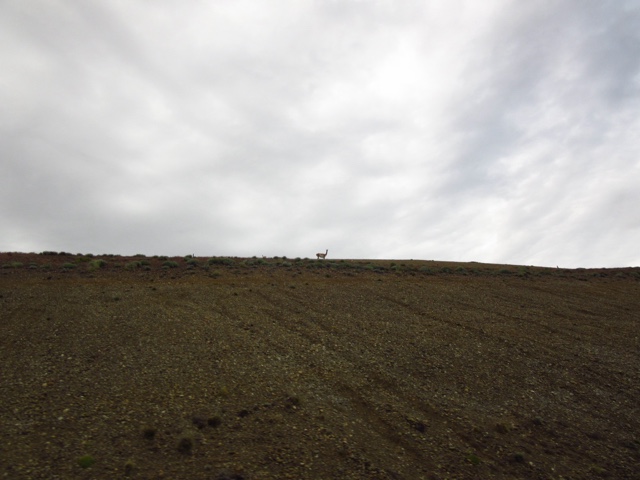 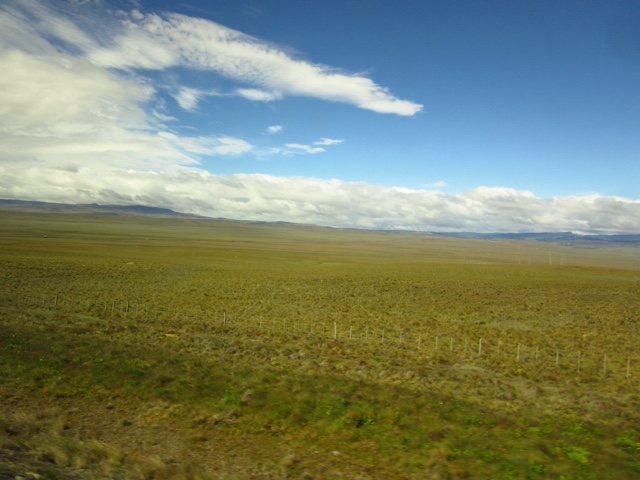 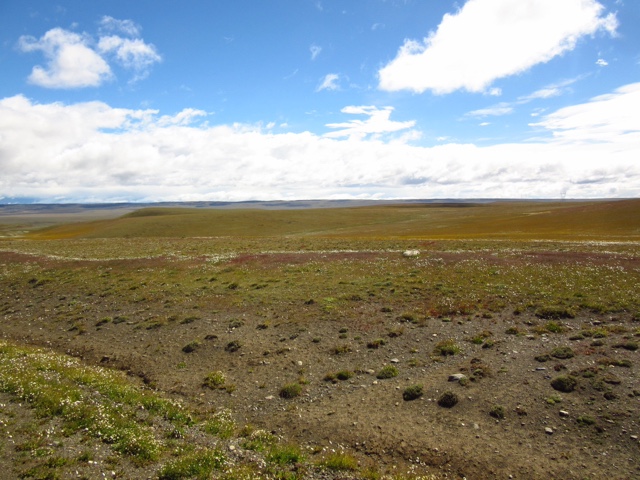 This plant is as hard as a rock and only grows about half an inch high.  It's sort of like lichen but very pretty with its tiny yellow flowers- 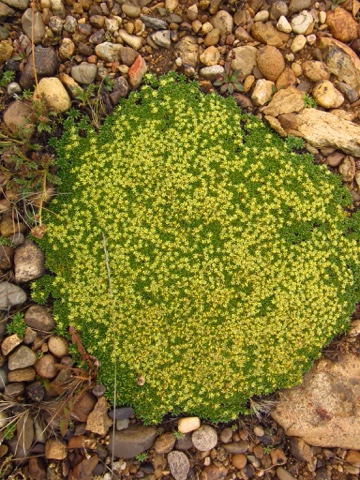 Red road side monuments honoring the legendary character of Argentina's popular culture- Gauchito Gil are everywhere.  He was allegedly born in the area of Pay Ubre, nowadays Mercedes, Corrientes, possibly in the 1840s, and died on 8 January 1878.  He is regarded as the most prominent folk hero in Argentina- 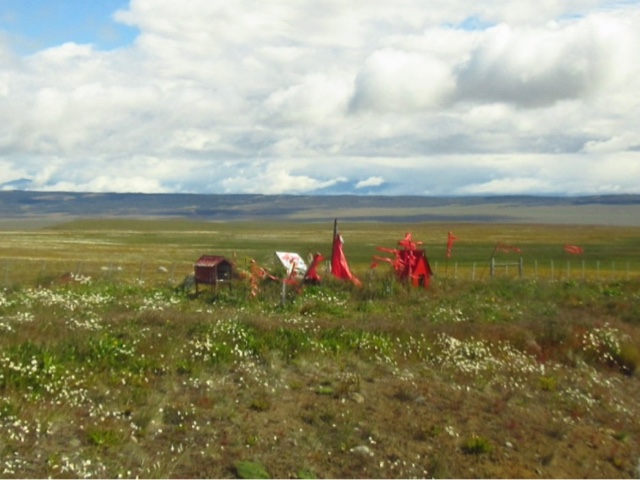 Once in Puerto Natales, we were to get groceries for 3 days of camping and carry on to our campsite in Torres Del Paine but we've needed new batteries for a while - apparently people were charging while the truck was turned off and drained the batteries.  Jono has had to boost the truck every morning for quite some time.  Batteries are very expensive in Argentina so it was hoped they would cost less here.  The truck went to the garage while we shopped - cheap wine and rum and vodka in the supermarket.  In fact, a 26 of rum and / or vodka costs less than wine - about $7.00!  We were to meet at 5 for word on the truck and learned it might be ready by 6.  The  wind blew and it was very cold - not a great climate for camping but whatever.  At 6:30, we learned the truck could not be fixed until tomorrow and that WE WERE STAYING IN A HOSTEL!!!  That news was like winning the lottery!  And what an awesome hostel it is with great wifi and a common area that feels like your own living room.
Hoping for good news about the truck in the morning.  6 hikers wil be leaving at 7 am for their hike but it was too hard for me to attempt so I get to sleep in!
Looking forward to Torres Del Paine National Park tomorrow.
at January 05, 2018