My fight was good yesterday afternoon- 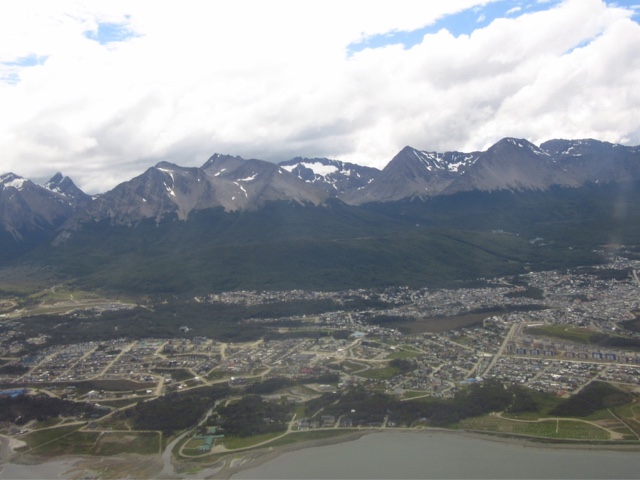 And in no time I was in B.A.  I took a cab to the hostel and had a great conversation with my driver.  B.A. Is like Paris - the architecture is beautiful and very fancy.  Lots of the buildings are white.  When I got to the hostel, I crawled into bed and was done for the night.  I was not feeling well at all.
This morning the group left at 7 am for Colonia, Uruguay but I had to stay back to get my passport.  That happened very easily and the agent seemed to think my visas would still be good so here's hoping!
After getting my passport, I took the metro to the city centre and went in B.A. Metropolitana Cathedral- 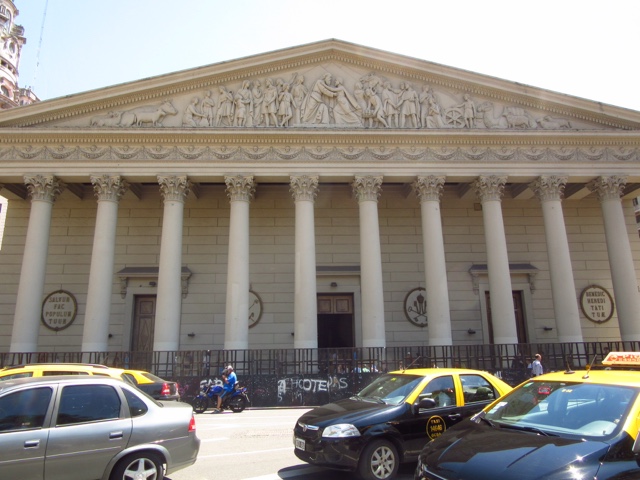 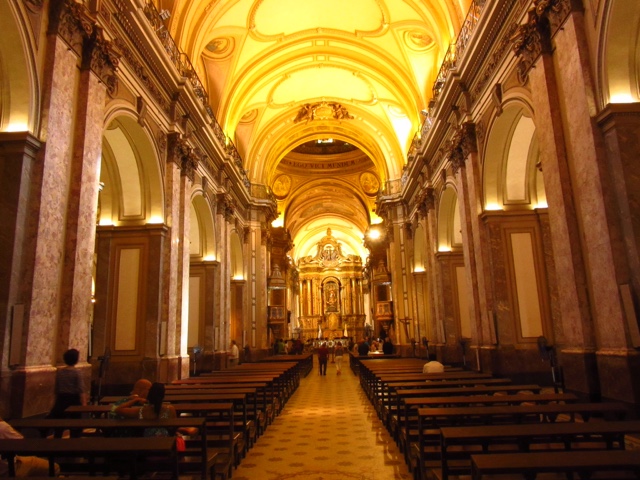 It contains the mausoleum of General San Martin who freed Argentina, Chile and Peru.  His remains were brought from France in 1880.  The three women statues protecting him represent those three countries and there were also two live guards- 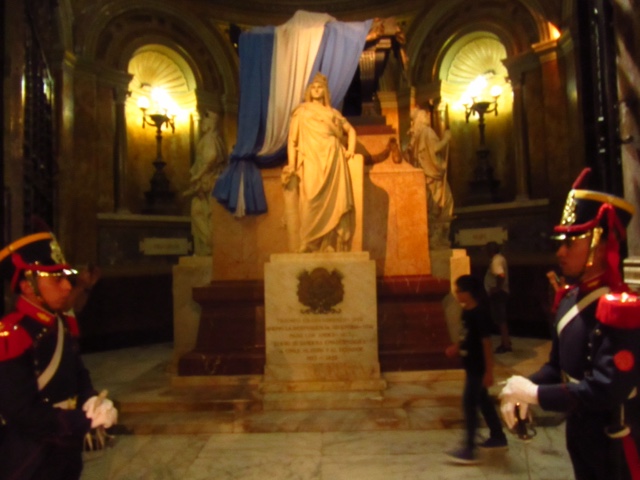 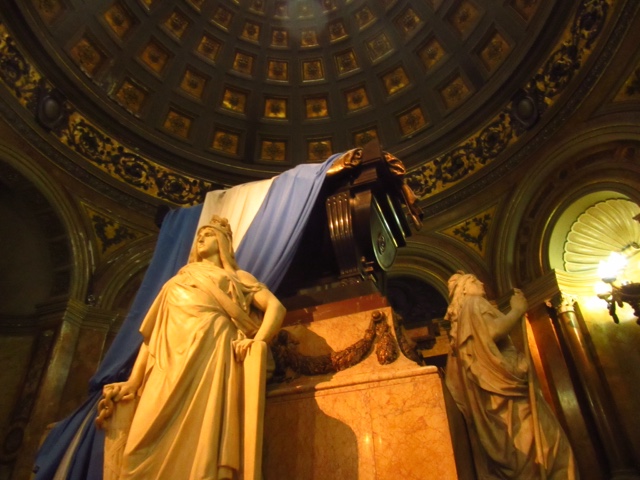 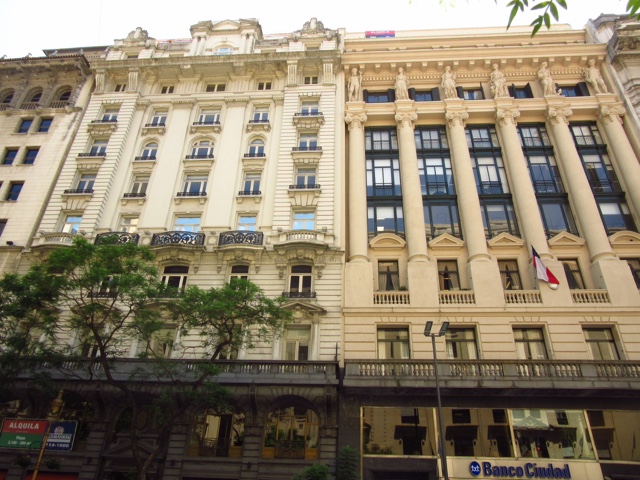 From Casa Rosada's balconies, Eva Peron preached to the Argentinians.  The building is its strange color because President Sarmientos tried making peace during his 1868-74 term by blending the red of the Federalists with the white of the Unitarists.  Or so they say.  Another theory is that the palace was painted with bovine blood, which was a common practice in the late 19th century.  The offices of the President are here but not his residence- 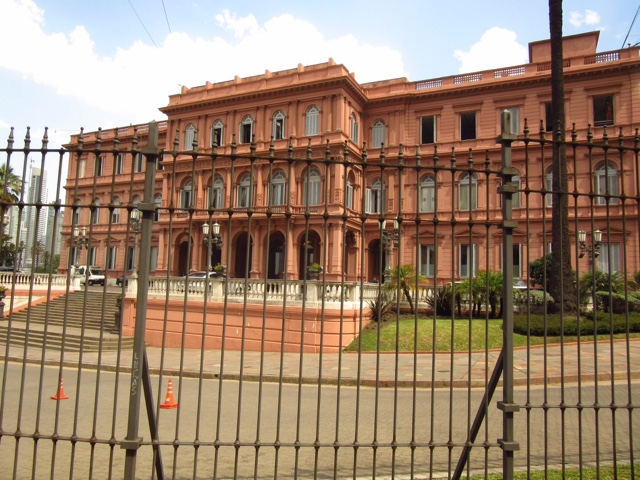 The Obelisco is 67 meters above the Plaza de la Republican.  It was dedicated in 1936, the 400th anniversary of the first Spanish settlement on the Rio de la Plata- 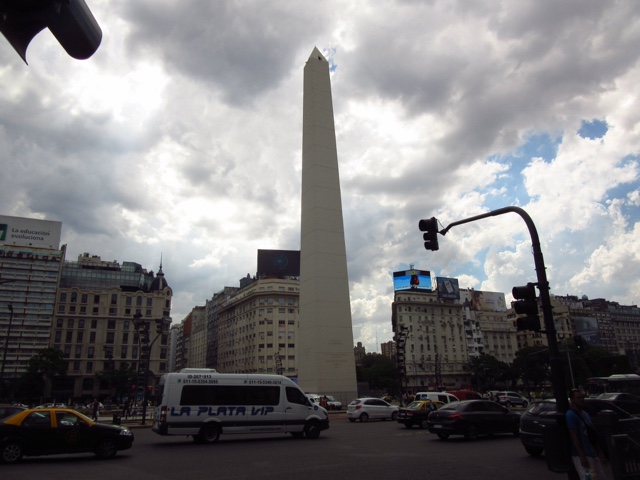 I then hopped on a bus and went to La Boca.  In the mid 19th century, it was home to Spanish and Italian immigrants who settled along the river.  They worked in meat packing plants and warehouses.  After painting the shipping barges, they threw the left over paint on the corrugated metal siding of their own houses.  It's a bright tourist trap of only 4 streets but it was a nice place to spend the afternoon.  Everyone, and I mean everyone was taking their picture in front of this building.  Not sure why- 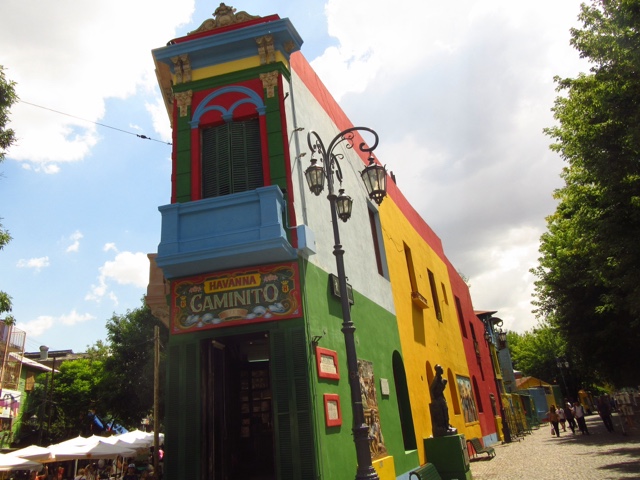 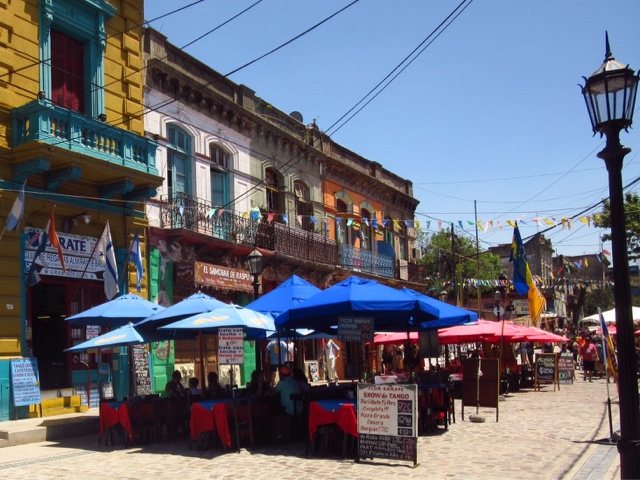 And many had tango dancers and musicians playing- 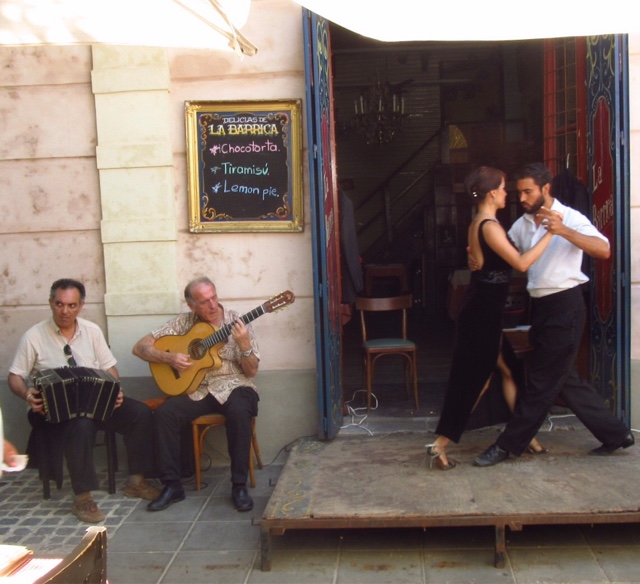 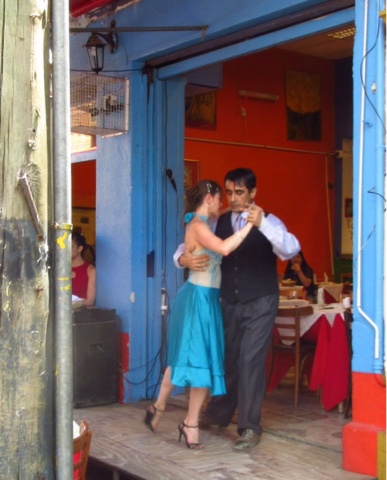 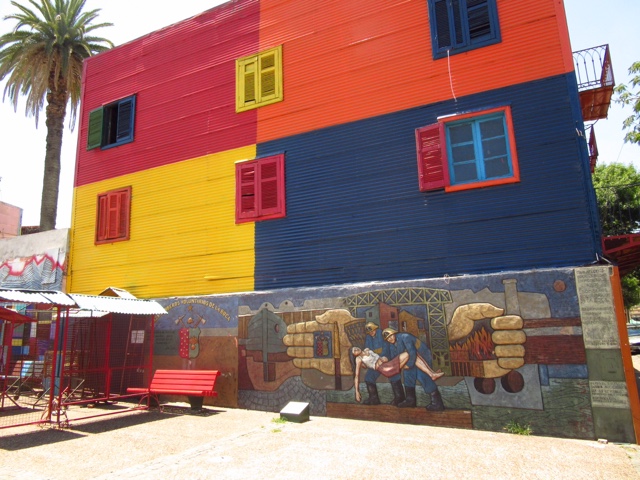 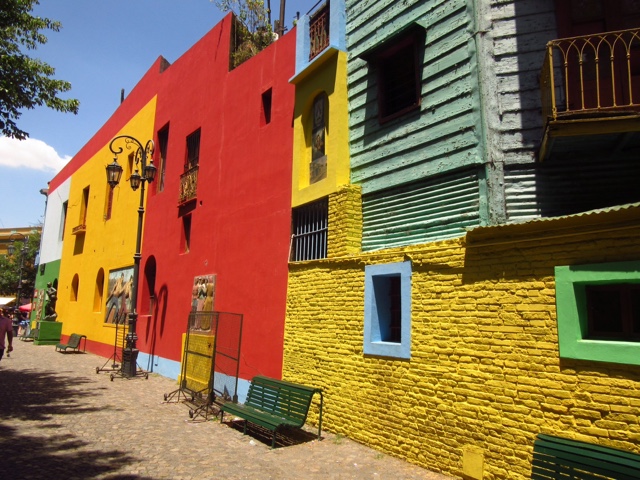 There are some nice murals and human statues on many balconies- 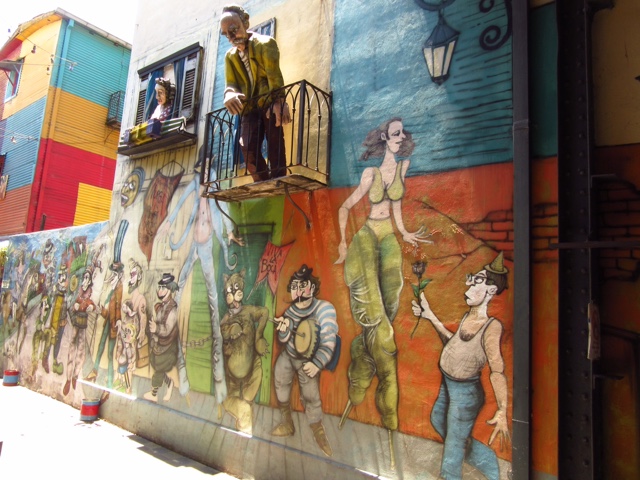 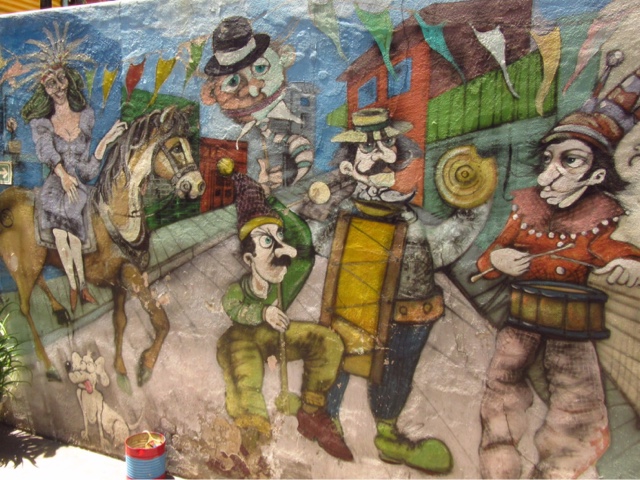 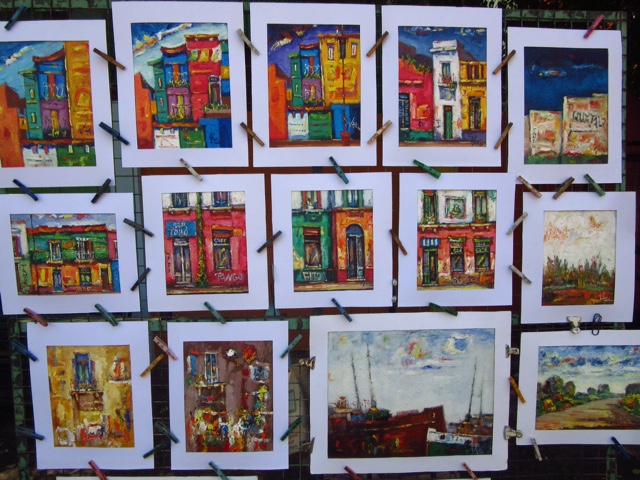 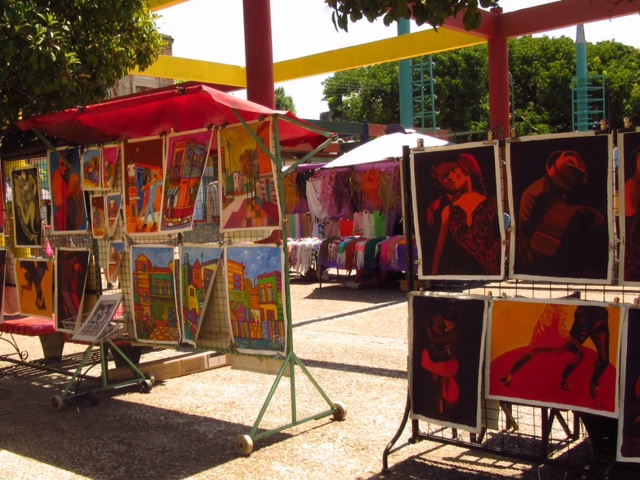 This looked pretty wierd.  He also had a bandana around his neck- 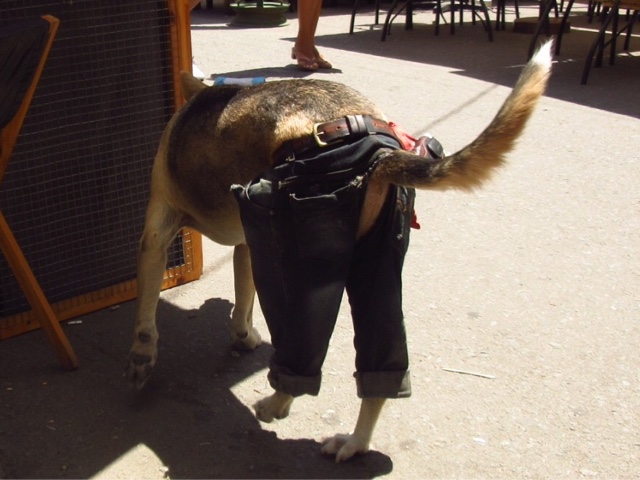 I would have liked to go to a tango dinner and show but they don't end until 2 am.  I'm catching the ferry to Colonia, Uruguay at 8 in the morning so opted out.  Looking forward to getting back with the group!
at January 18, 2018