Orne Harbour is on the northwest side of the Arctowski Peninsula, near the northern entrance to Emera Channel.  Gerlach discovered it in 1898 and it was named by whalers.  Spigot Peak is 938 feet tall and dwarfs our boat- 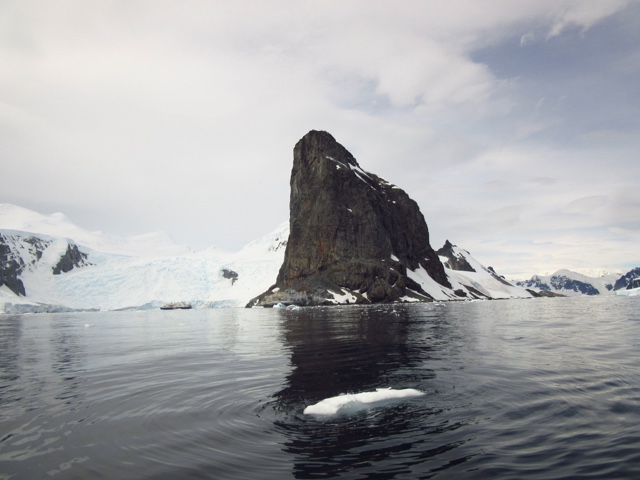 We saw more of the same this morning: there are 420 pairs of chinstraps- 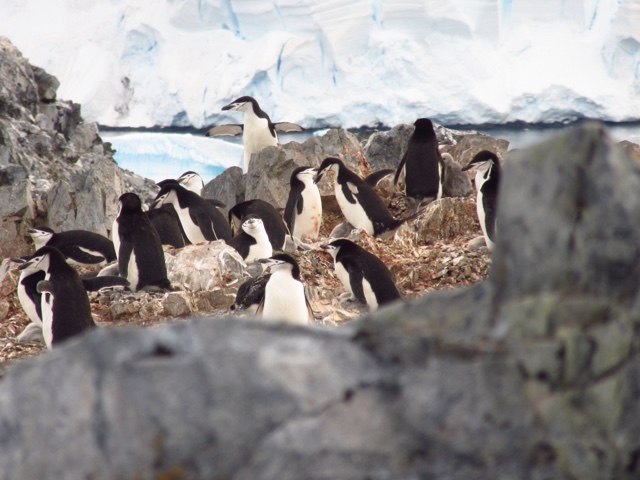 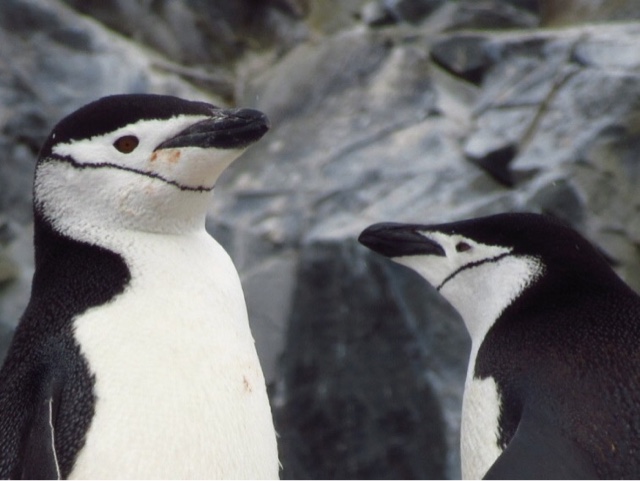 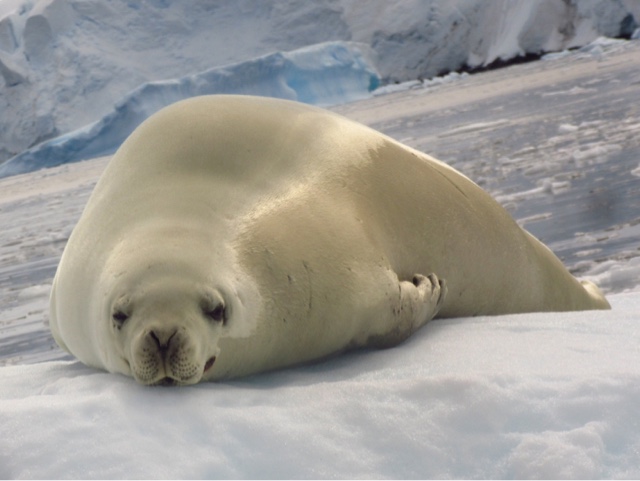 His tooth is hanging out- 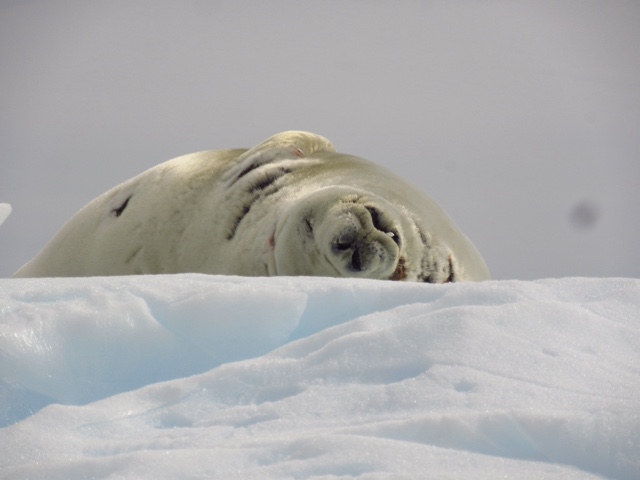 The third and last stop on the continent- 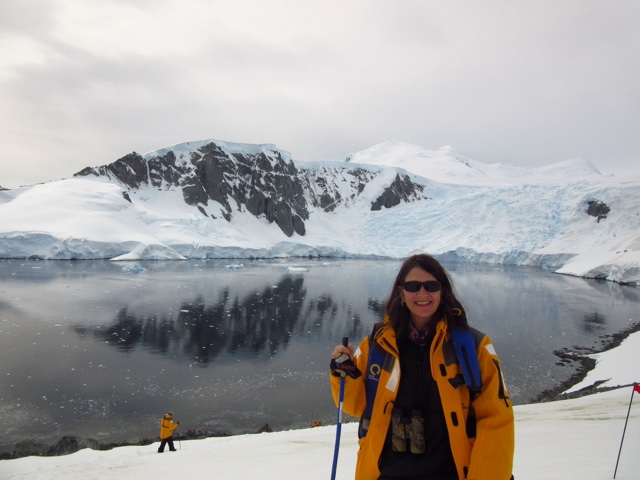 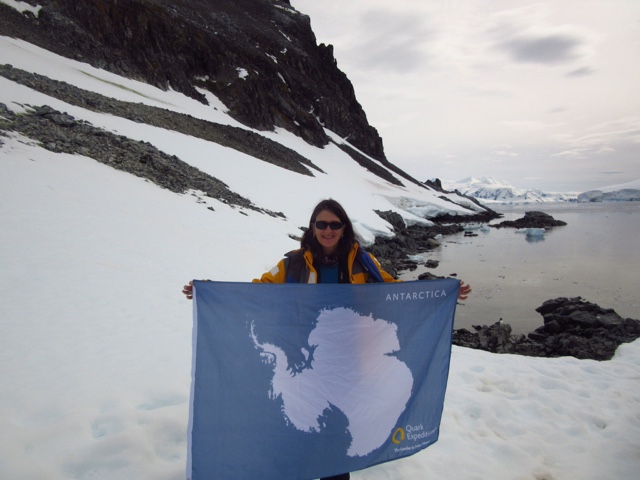 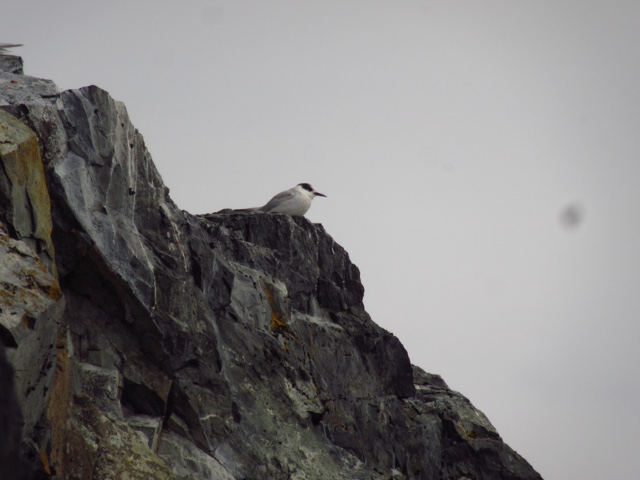 The Chinstraps are chilling on an iceberg after they've had a 'bath'.  They float/swim on the surface to get rid of the poo.  A chinstrap's poo is white compared to a gentoo's which is pink.  Chinstraps eat krill and fish where gentoos eat only krill.  You are what you eat! 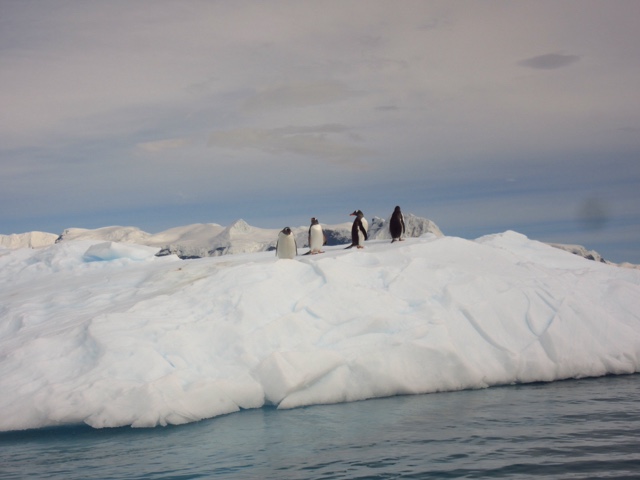 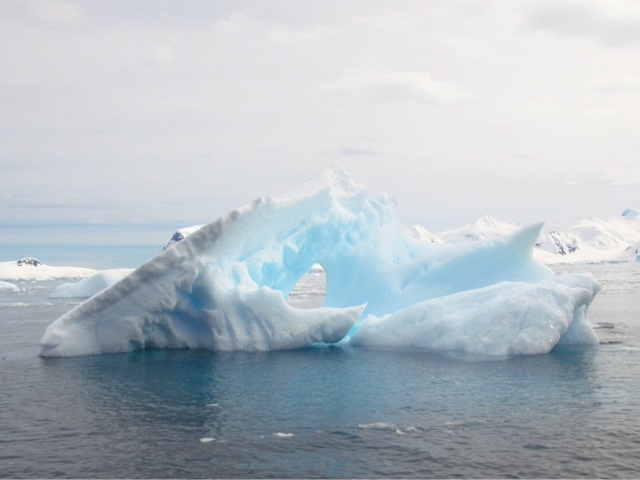 The polar plunge was just before lunch.  Quite a few did it, but not me! 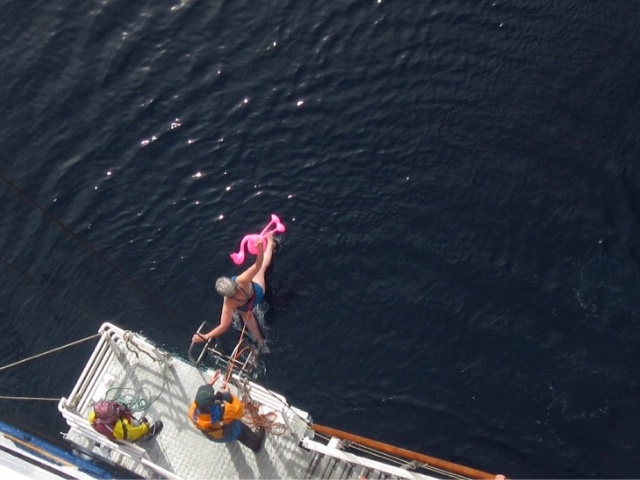 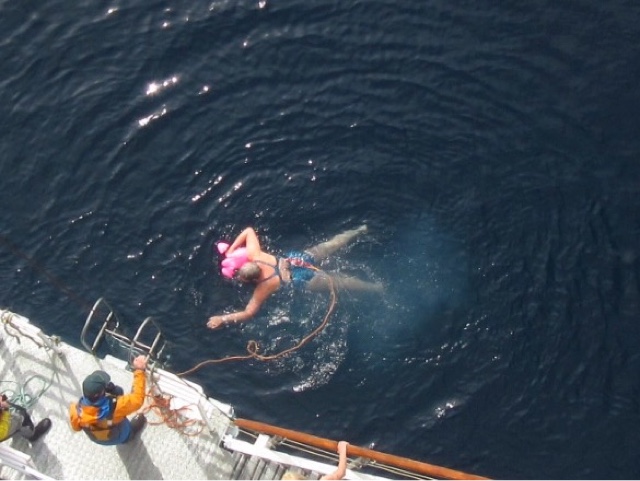 After lunch we went zodiacing for the final time at Wilhelmina Bay.  It's between Reclus Peninsula and Cape Anna, along the west coast of Graham Land.  Gerlach discovered it during his 1897-9 trip and named it after the Queen of the Netherlands.  It's 15 miles wide and a glaciated bay filled with many islands.  Whalers also operated in the region.

Can you see the troll? 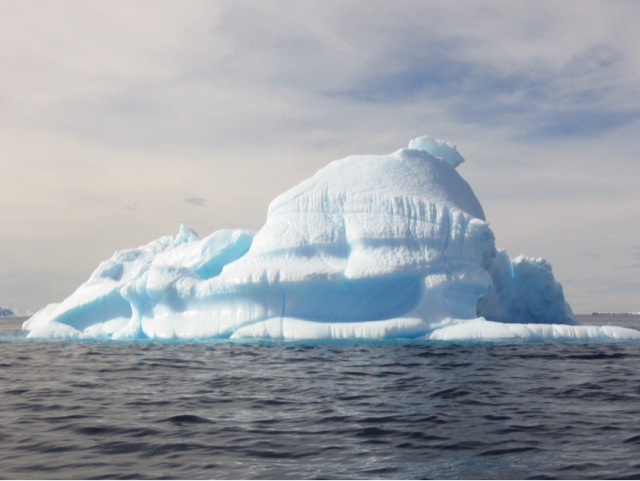 The man with thick eyebrows? 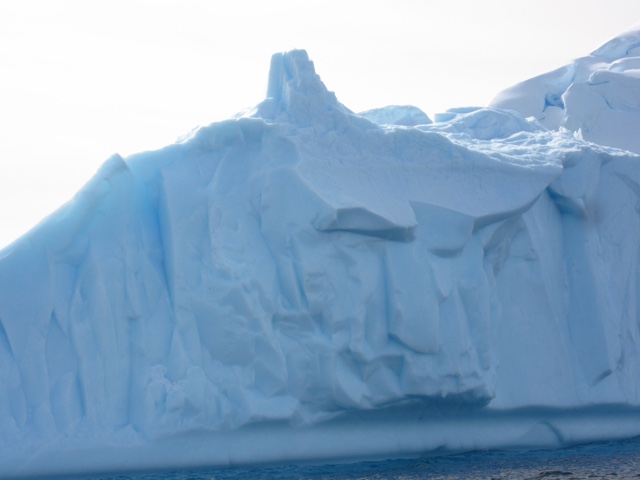 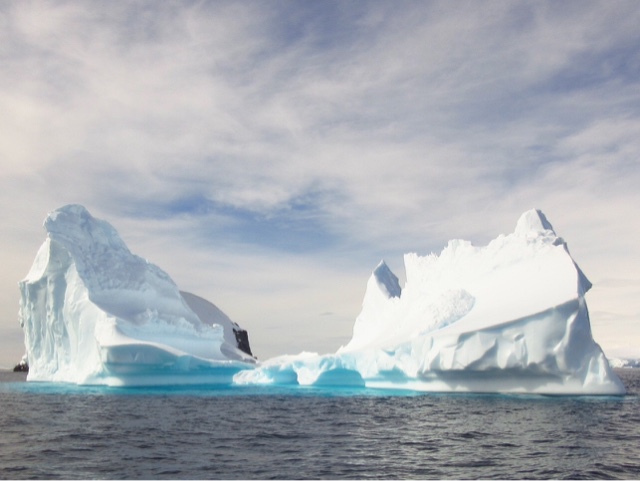 I've been wondering why we haven't seen much calving and the reason is that these glaciers are on solid ground, not hanging over the water.
The striated snow in the centre of the picture and the icing on the 'cake' on the right side; it's just so magnificent- 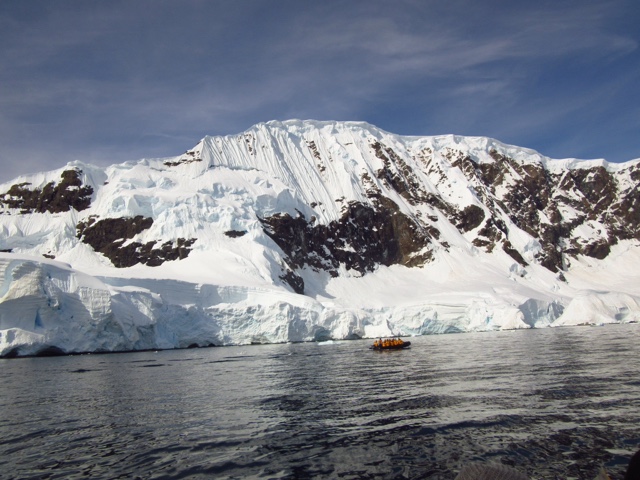 Other groups raced around looking for humpbacks, but Dany, our guide, preferred to stay in the area close to the ship and talk about "What makes Antarctica?".  According to Milutin Milankovitch, a Serbian astro physicist, there are three things that affect our climate:  the slant of the Earth's axis, which takes 41,000 years to go back and forth between about 21 and 25 degrees, the elliptical orbit of the Earth around the sun which takes 106,000 years to complete a cycle, and the wobbling effect, just like a top, of the Earth on its axis which takes 26,000 years.  These three conditions combined create the climate patterns we have in the world.

Once the zodiacs were back on the ship, we set sail for Ushuaia.  The plan is to arrive in the afternoon/evening of January 16 and spend our last night on the boat in port.
We left Antarctica and in no time were in the Drake Passage- 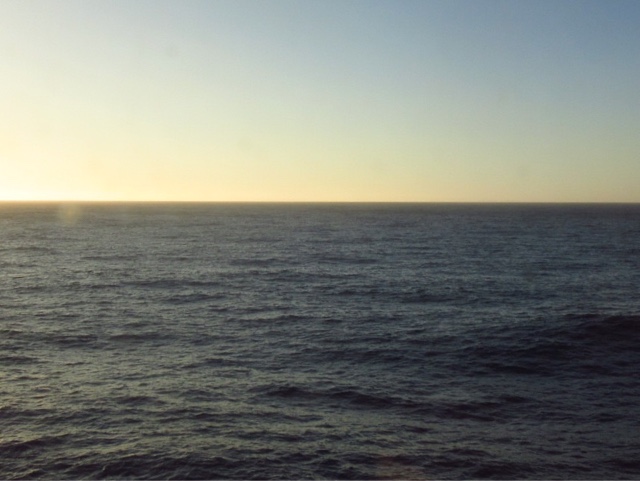 It was easy to tell because the land disappeared and the boat started rocking from side to side.  According to the weather forecast, we should be having the same kind of weather as on the way down, which I can handle, but the crew isn't so sure.  Barf bags are everywhere- 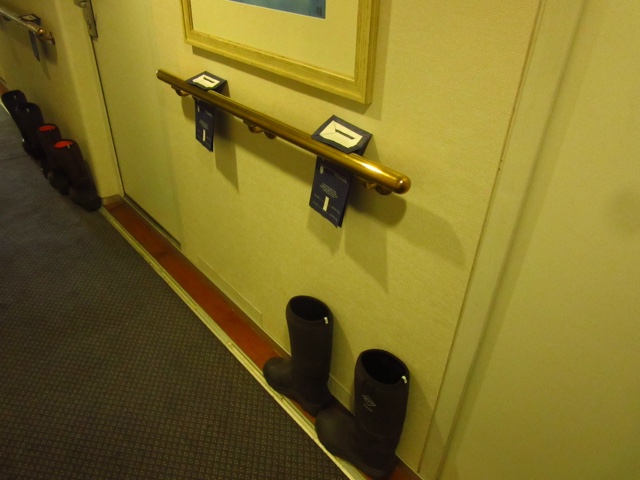 I'm looking forward to a great sleep and NO WAKE UP CALL in the morning!