The possible route for the next 2 days is close to 1000 km hopefully driving on a lot of pavement because on the washboard gravel roads we can't go more than 20 km/h.  We'll also have a border crossing and a ferry crossing across the Strait of Madgellan- 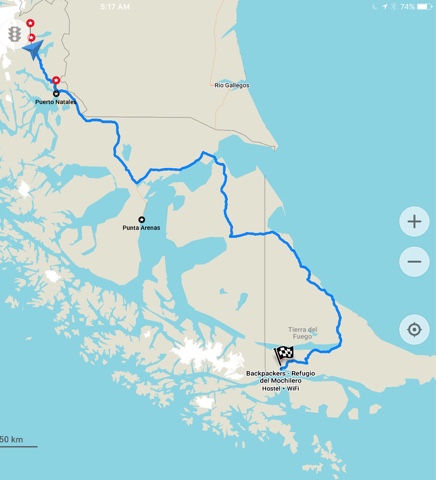 The truck doesn't handle bumps very well.  It is a Mercedes 6 X 6 made from an old dump truck, I think, and so when we hit a bump, the people sitting in the back seats get quite a ride.  They often travel witih their seatbelts on to keep them in their seat.  Those of us with back problems, not me thank goodness, have to sit towards the front.
Along the way- 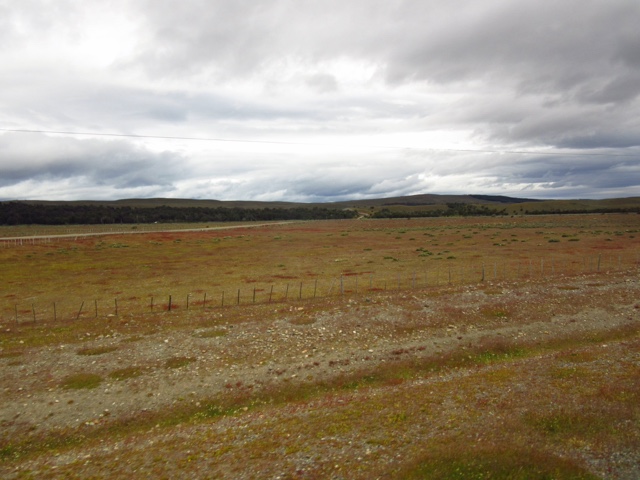 Miles and miles of nothing.  The land is sandy so little will grow but it is all fenced- 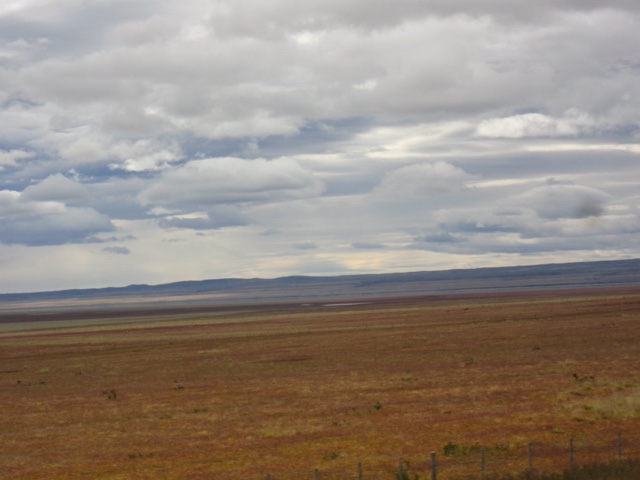 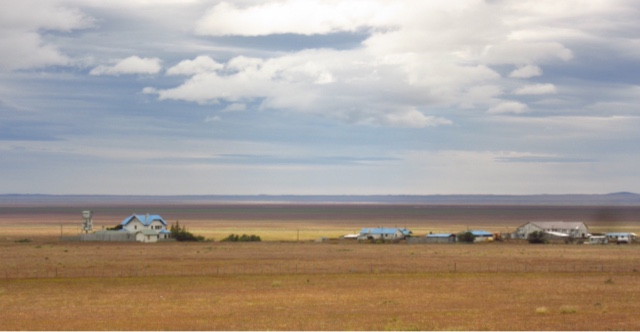 We're on our way to the end of the world- 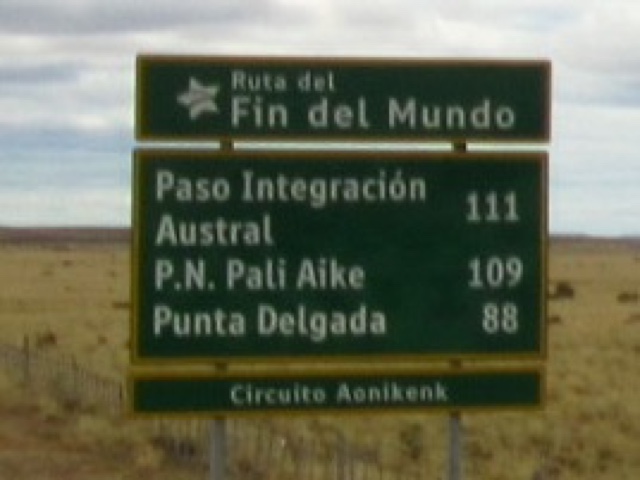 We stopped at a ghost town to see the Amadeo.  It was built in 1893 and is 36 meters long by 6 meters wide.  It sits in the Strait of Madgellan- 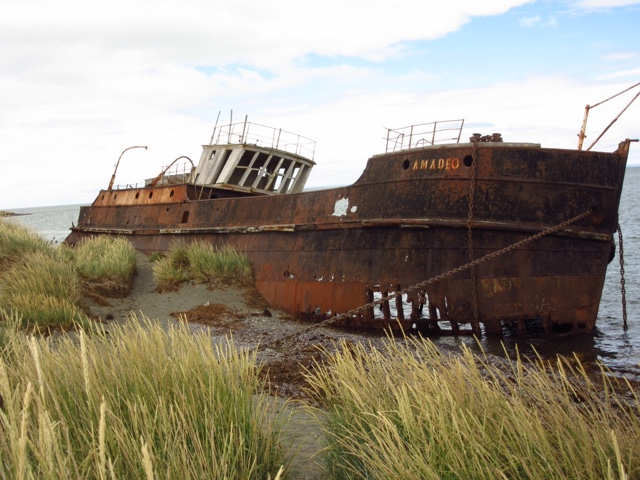 Next to it is the Ambassador which was built in London in 1869.  It was a passenger ship for the next 40 years and was declared an historical monument in 1974- 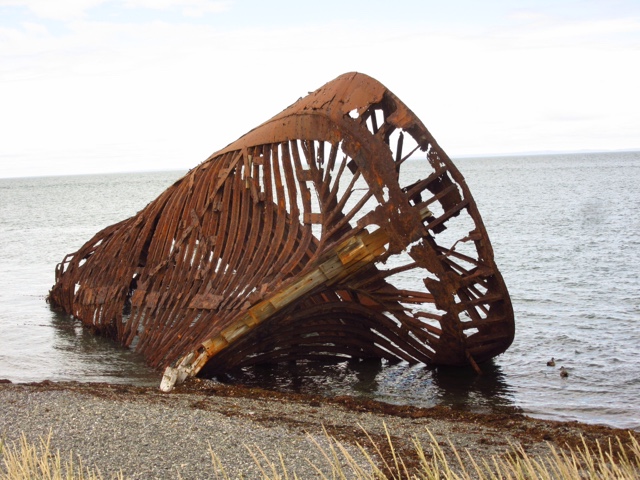 The buildings in the ghost town are so depressing- 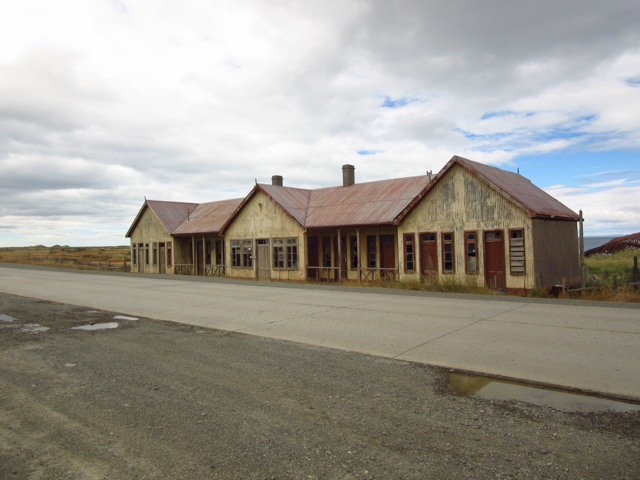 Further along, we had to cross the Madgellan Strait 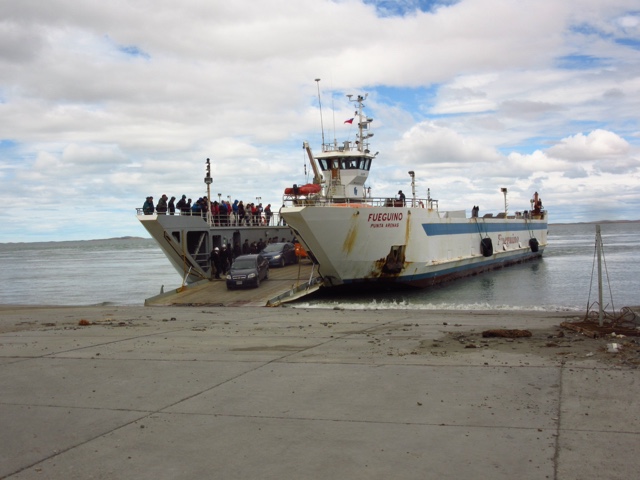 There were lots of ferries because it's a busy crossing, the only way to get to Ushuaia.  We've seen a few bikers along the way and these three lawyers were travelling from Buenos Aires to Ushuaia- 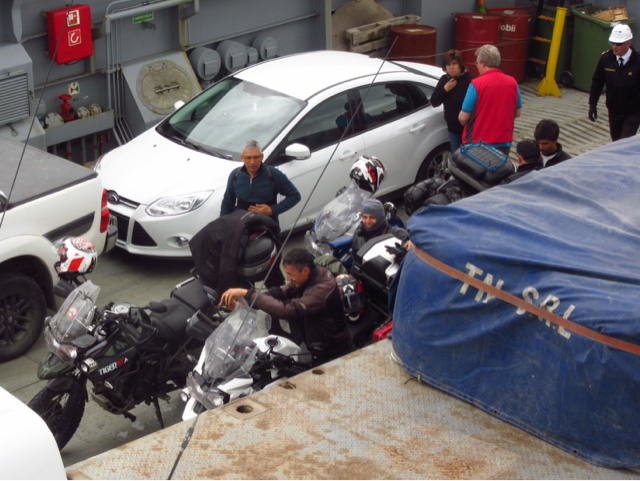 We saw two Hector dolphins while on the ferry.  They are very small and black and white and too fast for me and my camera.
More Chilinglish.  How can this still be happening in 2018?- 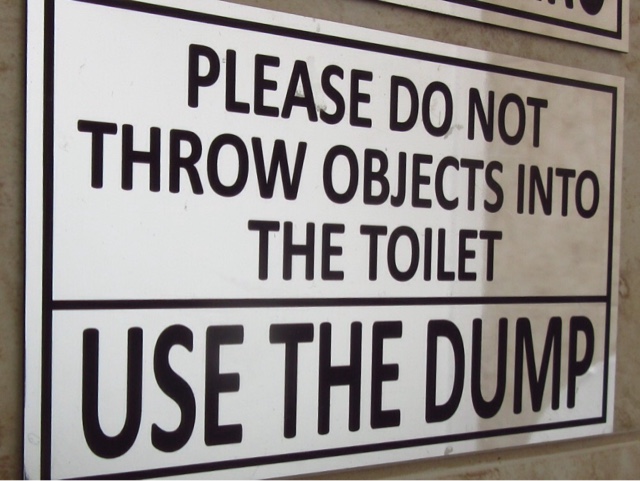 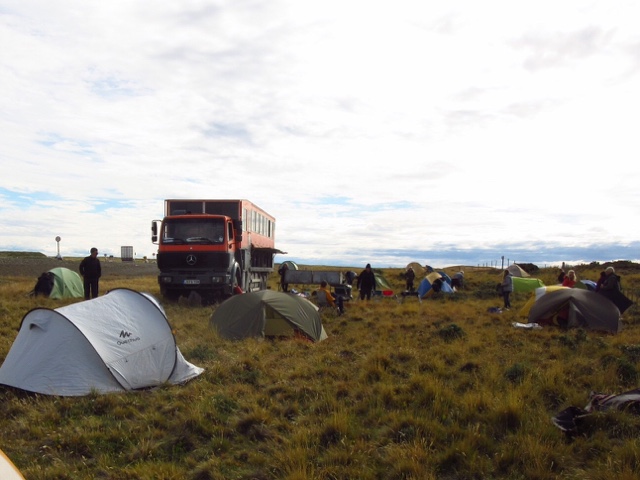 The kitchen is waiting for the cooks- 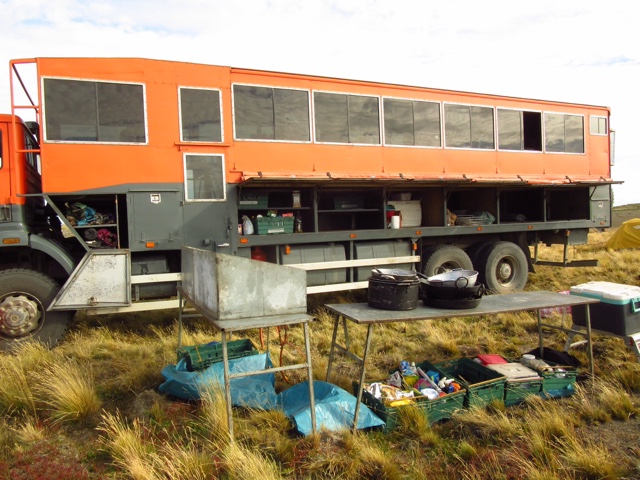 Me and the truck- 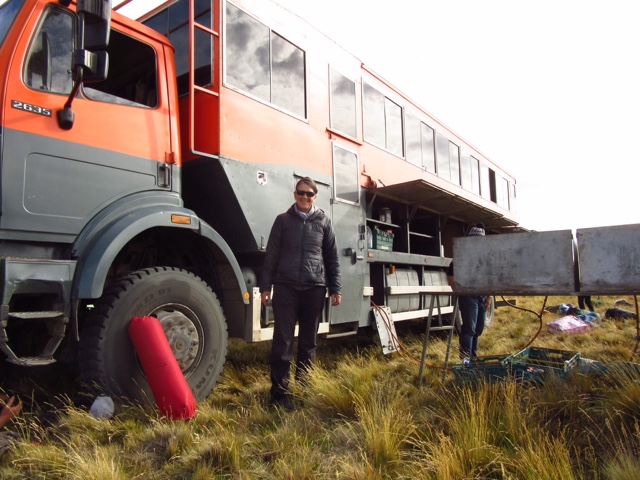 Sunday, we left the bush camp at 7.  Everyone pitches in to close down camp, well, almost everyone- 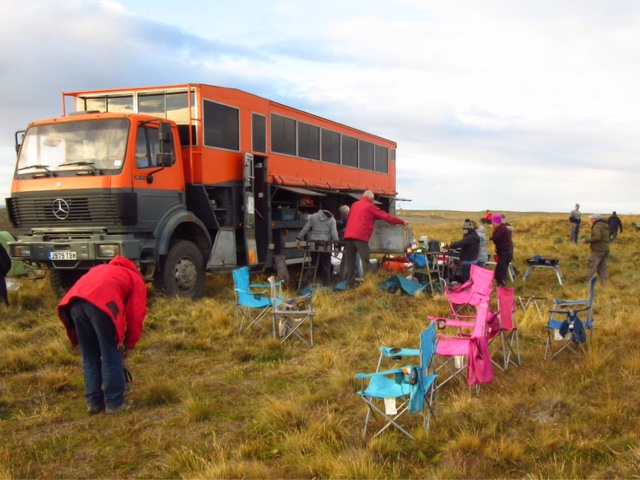 Things were going great until we hit some construction and then spent an hour and a half bumping along.  Luckily, the Chilean border crossing was fast and once on the Argentinian side, I learned that since January 1, Canadians no longer need to pay a reciprocity fee!  I was thinking I might have to buy a new one to go with my new passport because after I pick it up in Buenos Aires we'll be crossing once more into Argentina from Uruguay so that was great news.  It costs $78 US and can't be bought at the border. It must also be printed and presented to customs officials.  It's funny how things work out if we relax and let them!
There are more and more cattle and estancias, this time grey and white- 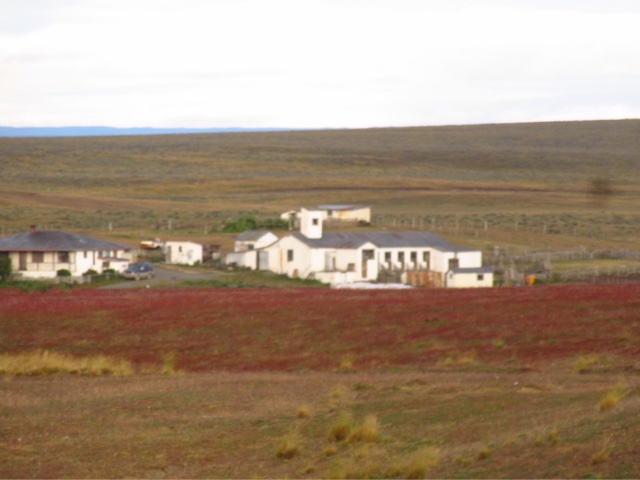 The towns are few and far between and the homes look pre-fabricated.  I sure wouldn't want to live here- 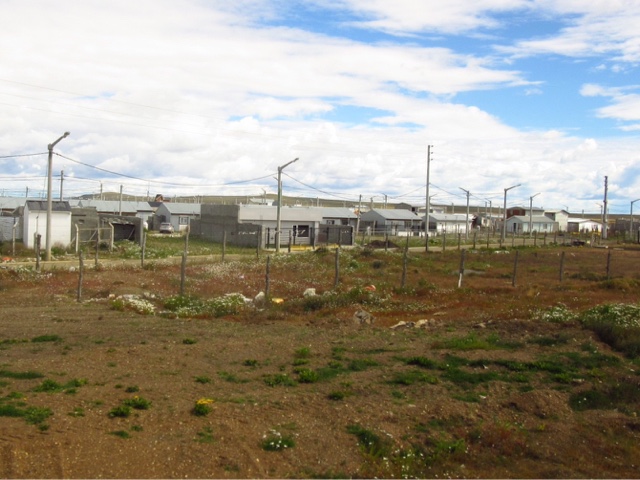 The further south we went, the more trees there were but most are covered in what looks like moss.  It's a parasite that kills the tree- 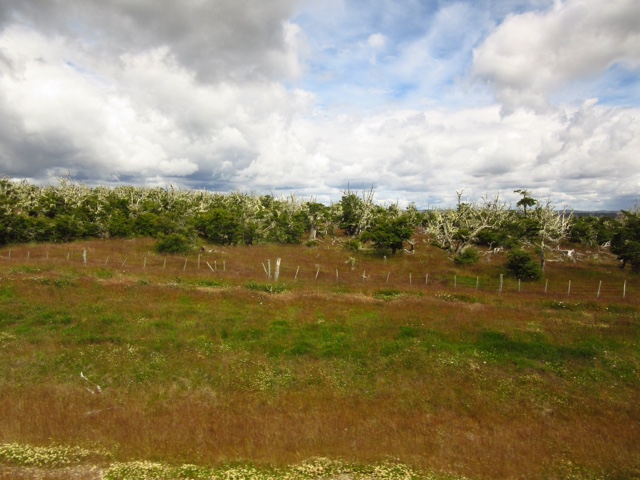 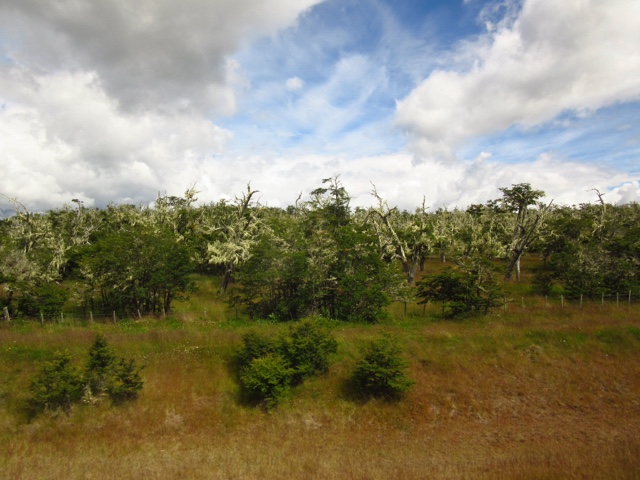 And soon we saw dead forests- 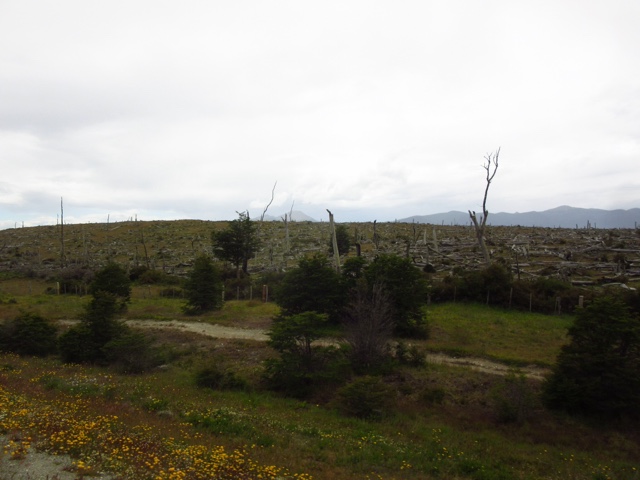 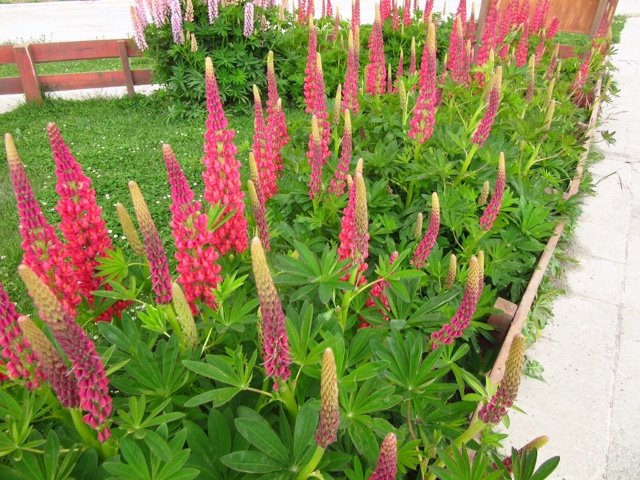 There are lots of lakes, rivers and mountains along the way.  It's really lovely- 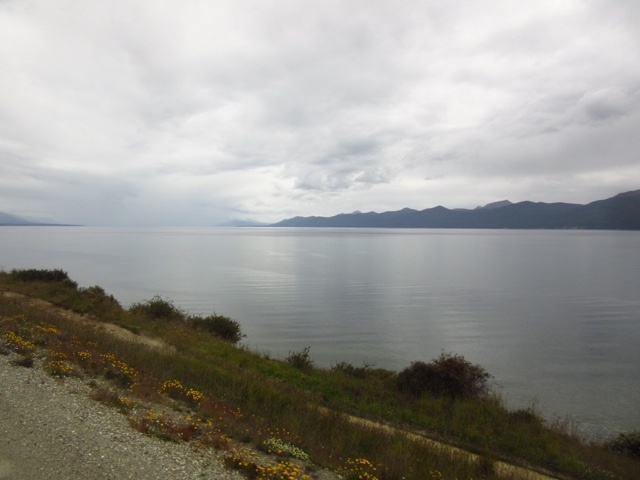 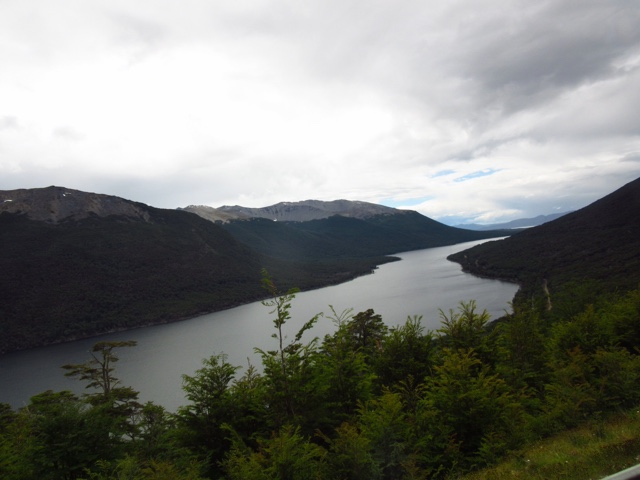 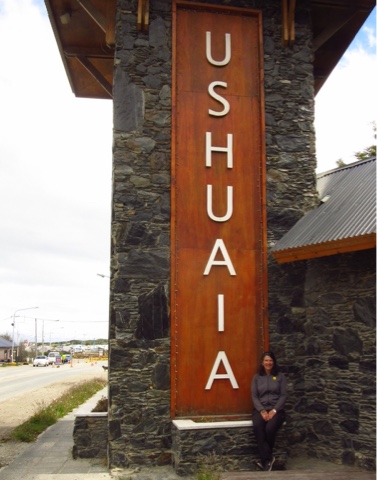 Although the British weren't too happy to see this one.  The Malvinas are the Falklands- 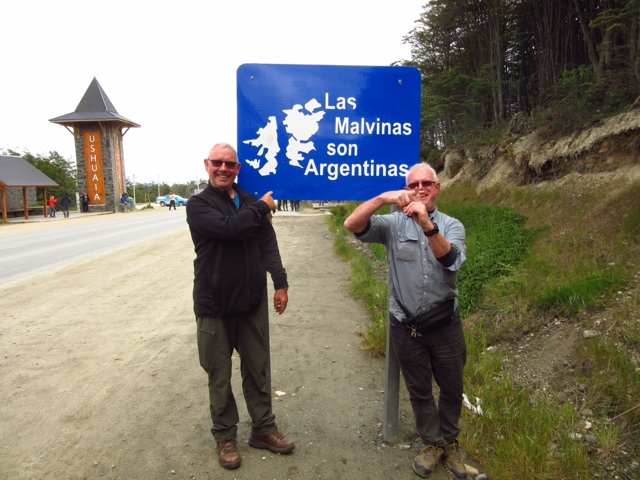 My cruise starts today with a stay in a ritzy hotel.  I have to have my luggage tagged and ready to be picked up by 10 tomorrow morning, then I have to be at the pier at 3:30!  I probably won't have wifi until back on land January 17, unless I splurge on the boat- it's apparently very expensive.  I'm travelling with Quark Expeditions on the Ocean Diamond and quite looking forward to this next adventure!
at January 07, 2018