The guy at reception at the hostel said I needed to be at the ferry at least 2 hours before departure, that it was just like being at an airport, so I was on my way before 6 am, first taking the subway to the end of the line and then waiting for a cab.  I got there in plenty of time and had an hour to kill before immigration, boarding etc.  Oh well, at least I didn't have to rush.  The ferry was very modern and fast - 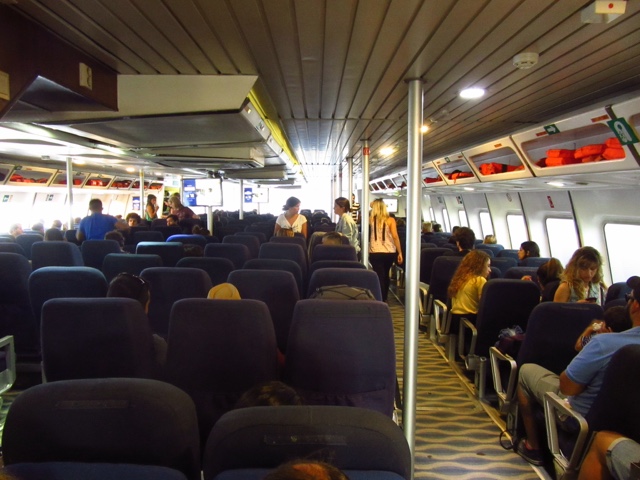 Weirdly enough, there was no access to the outside.  Leaving B.A.- 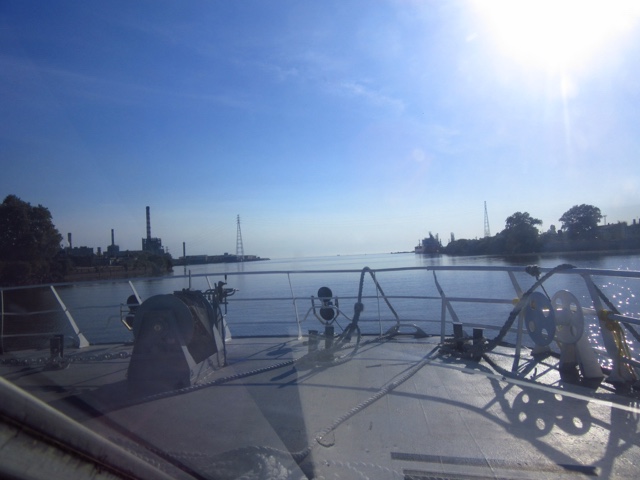 Once in Colonia, I walked a few blocks to catch a bus to the campground.  I set up my tent and went back into town.  It was smoking hot.  My first stop was at a Parilla for lunch.  It was an "all you can eat' affair and the meat was grisly until I got into the really rare stuff.  The good thing is that you can eat and eat and eat meat - beef, chorizo, chicken and pork.  I tried some sausage but the casing was tough and it tasted fatty.  I wanted to rent a scooter to zip around but needed my actual drivers licence which was back at the campground.  So, luckily Colonia is very tiny and it didn't take long to see all the sights.
It was discovered in 1680 by Manuel Lobo, who was the Portuguese Governor of Rio de Janeiro and was strategic because it was across the Rio de la Plata from Buenos Aires.  There were numerous battles between Spain and Portugal and Portugal eventually gave Colonia to the Spanish in 1750.
Iglesia Matriz is Uruguay's oldest church.  The Portuguese started it in 1680 and it's been rebuilt a few times since- 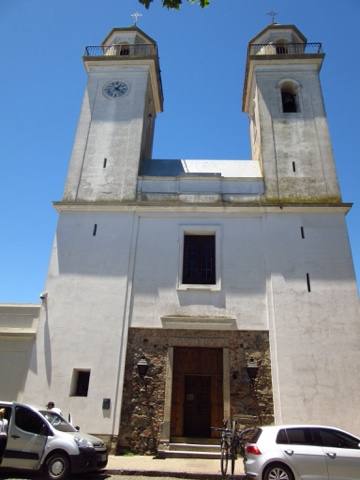 The inside is very simple- 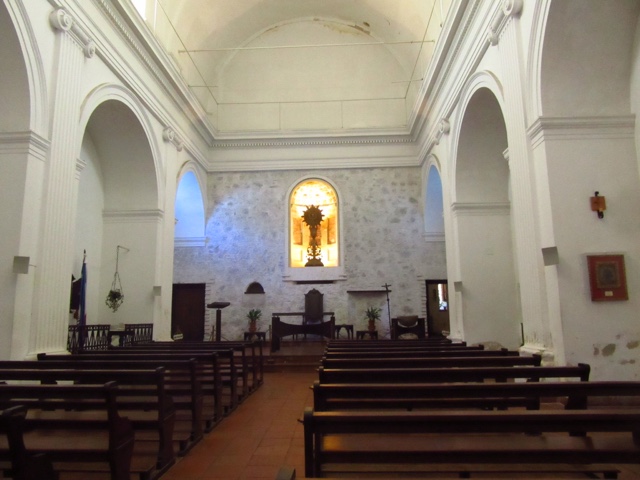 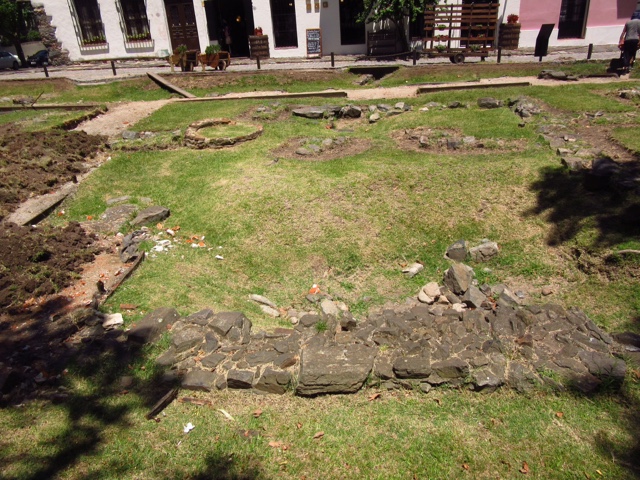 Porton de Campo was built in 1745 but this is a reconstruction.  It was the entry gate into the walled city- 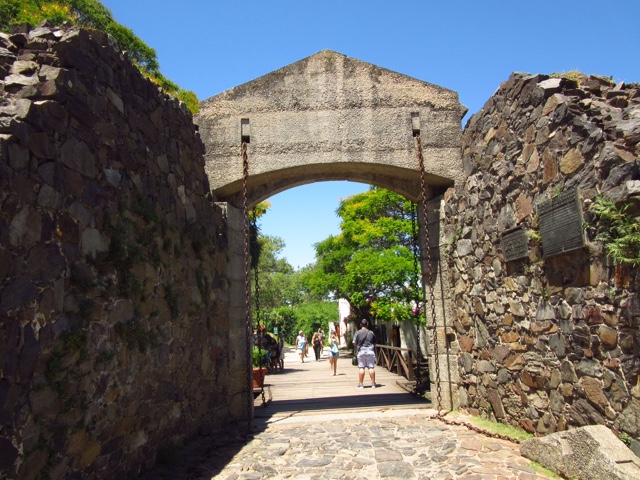 The Faro dates from the 19th century.  It's on top of the 17th century Convento de San Francisco.  Lying Planet says you can go to the top but it appeared closed- 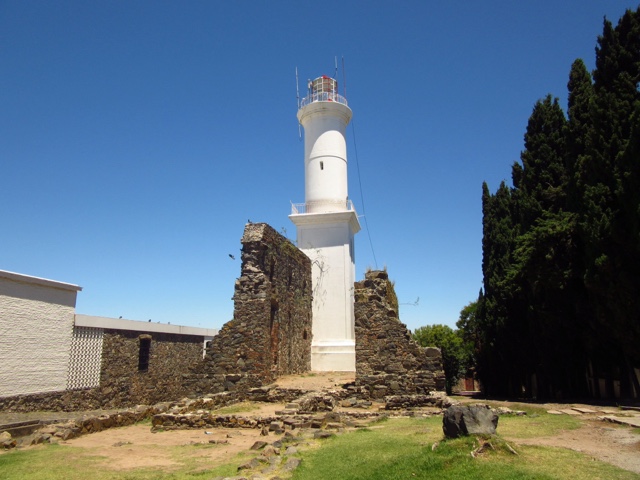 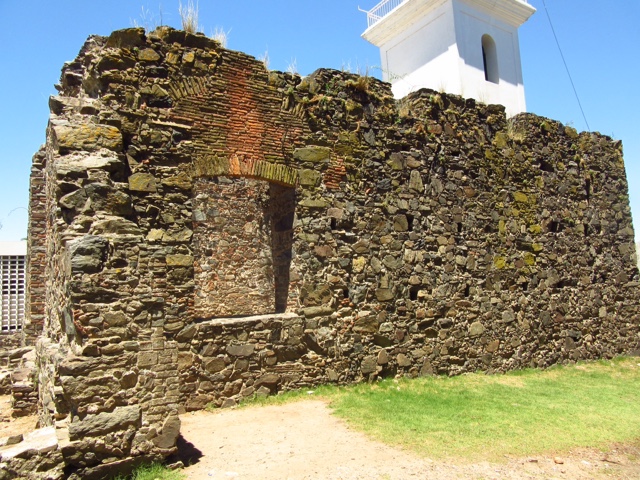 Calle de Los Suspiros has the original 18th century street.  It was really hard to walk on and would destroy car tires in no time- 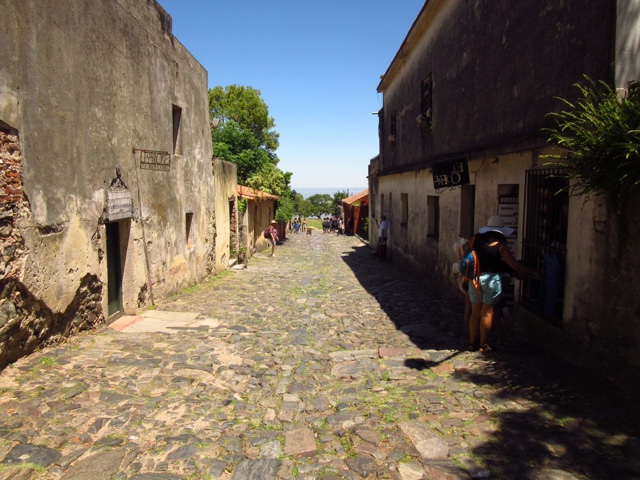 There are a few stone houses left from the Portuguese era- 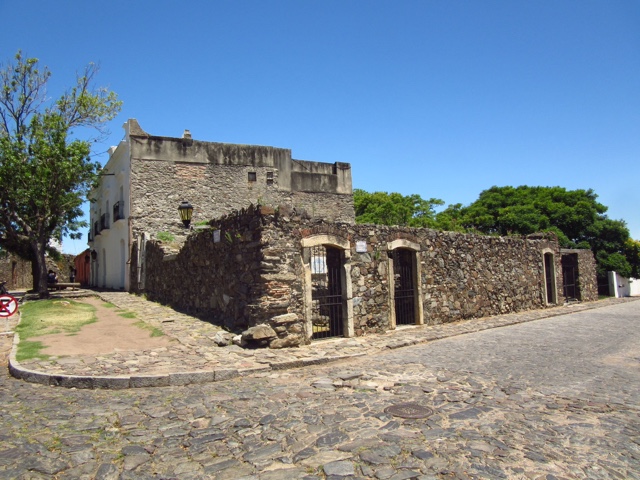 Rio de la Plata joins the Atlantic in front of the old city.  The ocean is blue and the river is brown so it looks pretty gross and polluted- 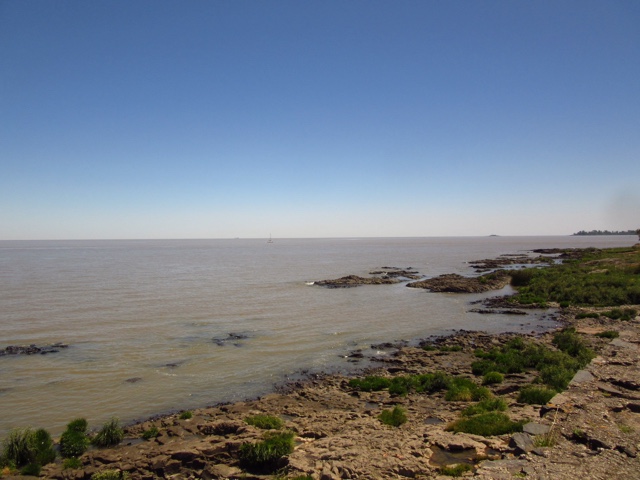 I took the bus back to the campground and found out I was on cook group so Weibke, Russ and I made ratatouille, meatballs and rice.  It was okay.  We're also on breakfast tomorrow and luckily that isn't until 8, not that I'll sleep in anyway.  We're off to Montevideo at 9 and I'm looking forward to exploring Uruguay's capital city!
at January 20, 2018