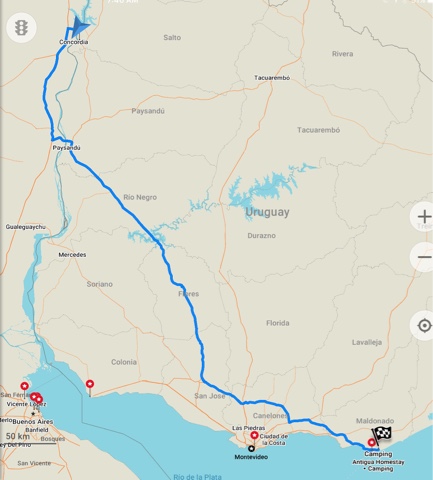 Uruguay is a lovely country - very agricultural.  I could be in Saskatchewan except here there are a few more trees.  There are big John Deere combines, huge terminals and large fields.  Crop are in varying stages because they plant 2 or 3 times/year.  As we moved west, prices dropped, thank goodness, and life became more affordable.  Our campsite was nice, very flat and huge so we didn't have to set up our tents one on top of each other, even though some did.  There were a couple of swimming pools that had warm water but they were too hot for me!  We are in a thermal pool area and we could have gone to some bigger pools but I didn't.
We had a 6 am departure and the border went smoothly.  We stopped at a town for lunch where Ken and I shared a pizza.  They brought it to the table tied up in sting- 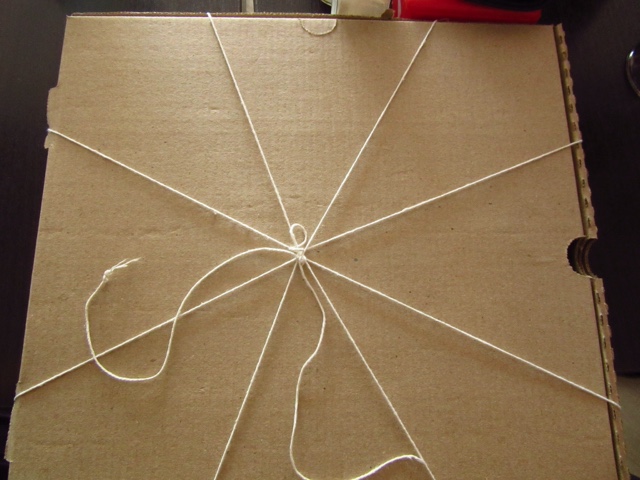 There was also a mural honouring Gauchito Antonio Gill.  Little did I know what was in store..... 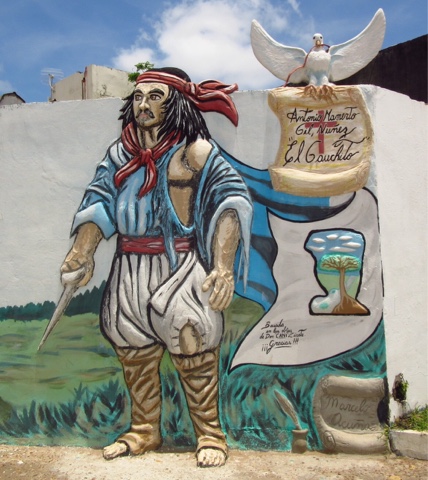 We are still in farming country- 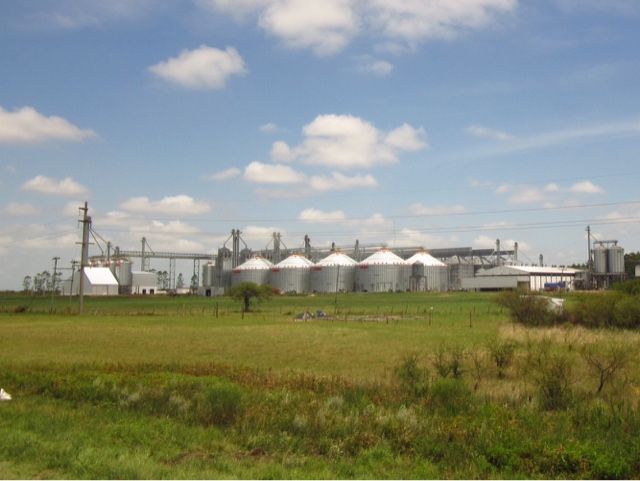 We did a slight detour and went to see Gauchito Antonio Gil's village.  He's like Maximon in Guatemala.  The legend goes that he stole from the rich and gave to the poor.  Eventually he was caught, hanged and beheaded. He told the sheriff that the sheriff's son was gravely ill and if Gauchito did not have a proper burial, the sheriff's son would not get better.  The sheriff didn't believe him but when he got home, his son was very ill so Gil got a proper burial and his son got better.
Red is the color!  Streamers- 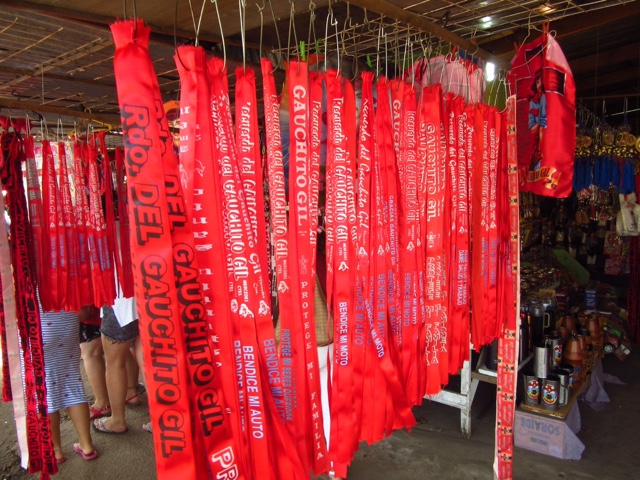 All kinds of rearview mirror paraphanailia- 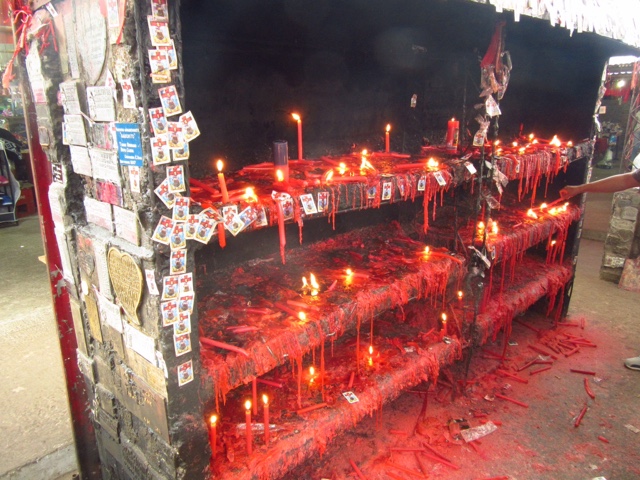 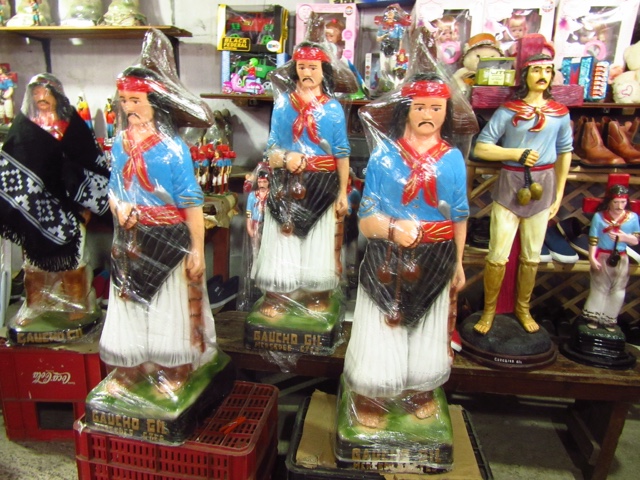 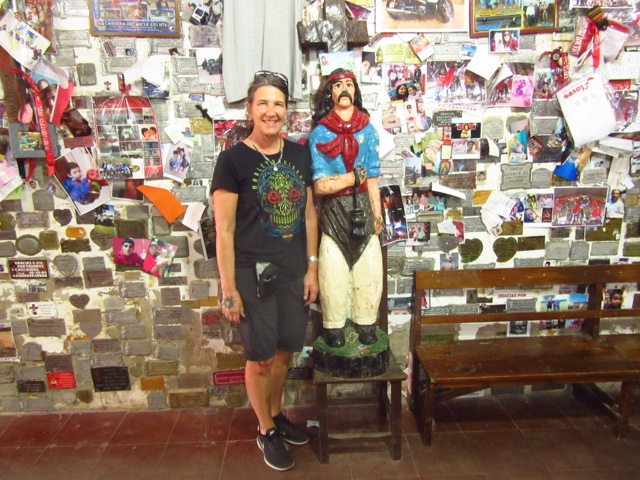 Plaques offering thanks for miracles- 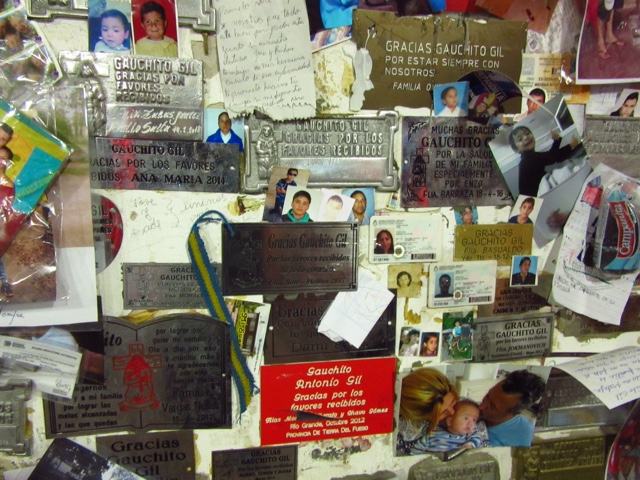 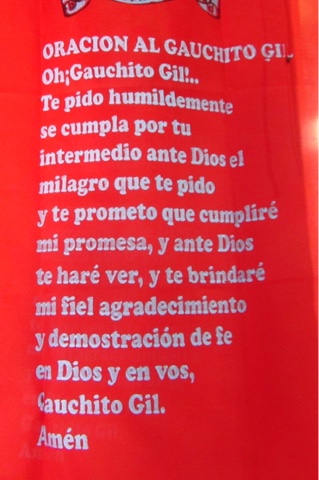 After a short visit, we headed for Colonia Del Pellegrini where we're camping for 2 nights.  We drove 80 km on a gravel road at about 14 km/hour!  It took forever!  Along the way we saw a lot of big birds - herons, egrets and hawks.  We also saw marsh deer- 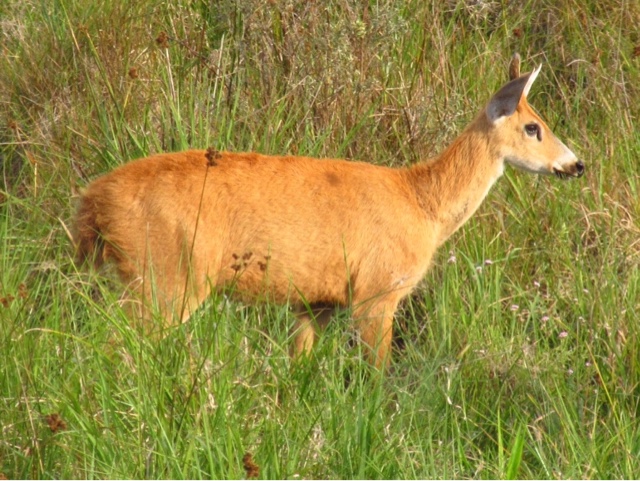 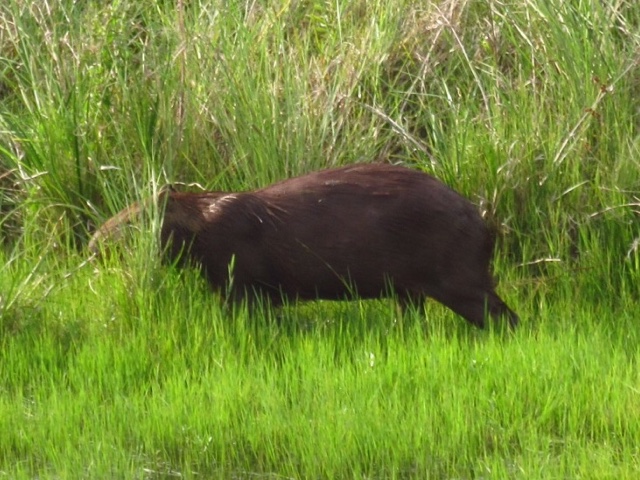 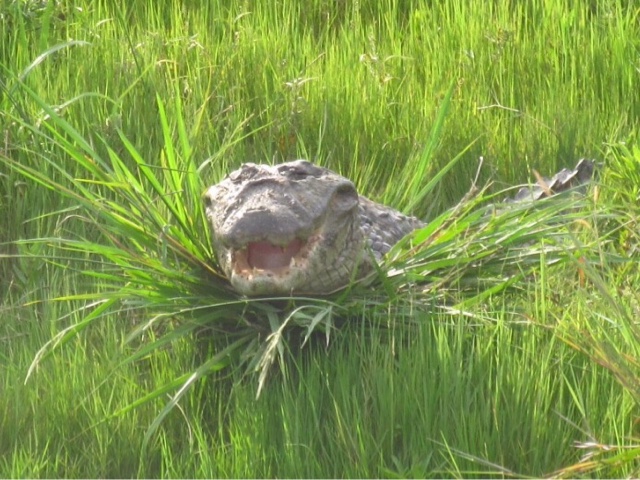 And a cattle herd being moved- 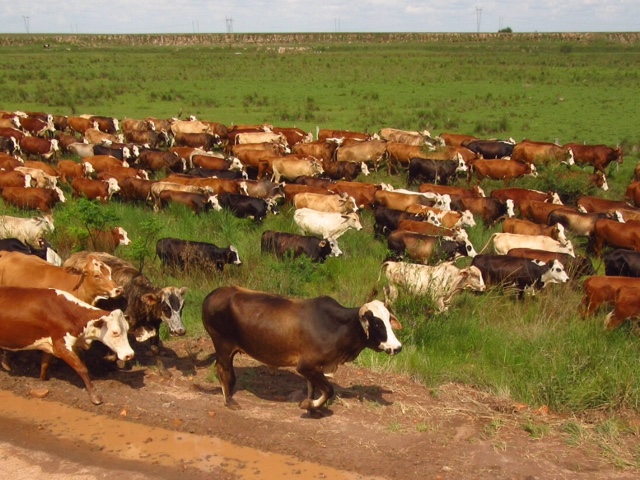 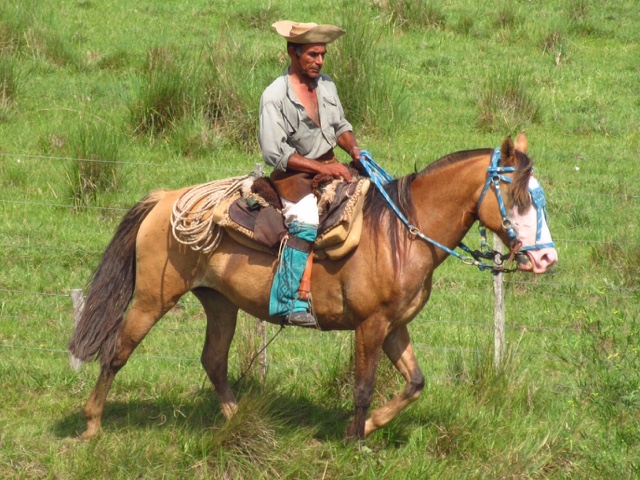 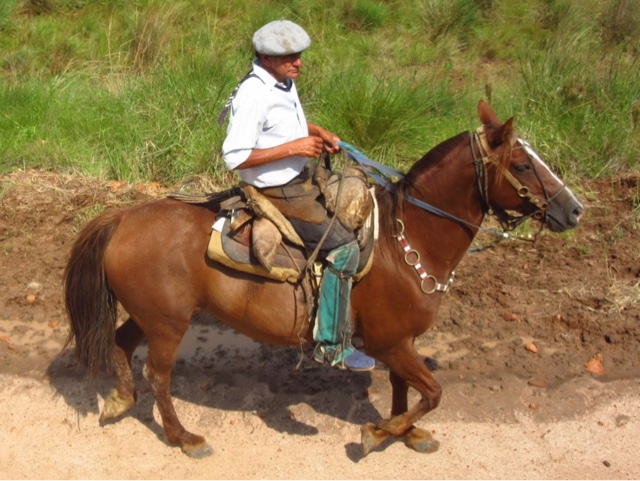 Our campsite is beautiful - lush green grass, hot showers and power points!  Tomorrow I'm going on a 7 am boat ride into the Esteros, looking for wildlife. 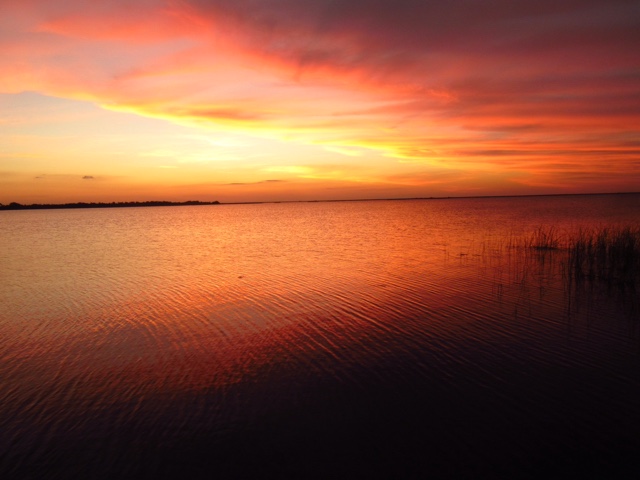