The night was rough but at least I wasn't thrown out of bed!  I had a hard time sleeping with all the swaying but it could have been a lot worse.  It's still rough this morning and everyone staggers around like they're drunk- 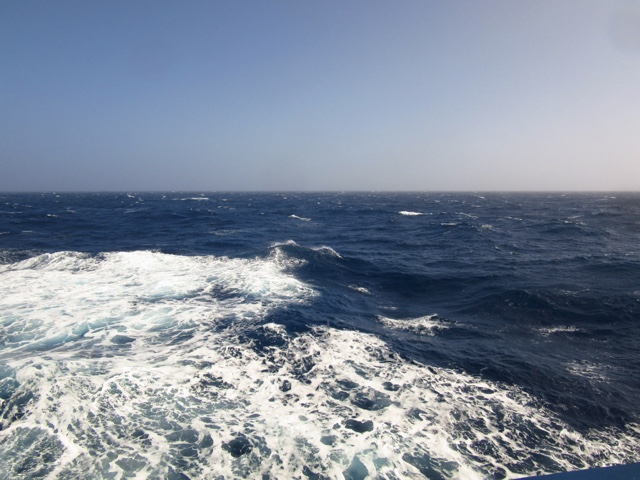 At least the sun has been shining all day- 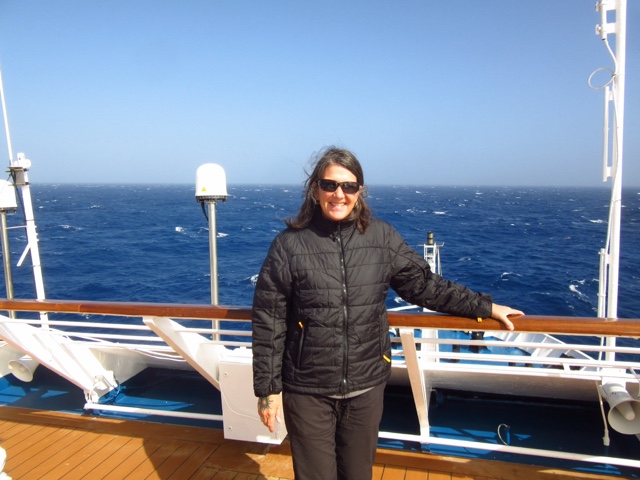 Today's a travel day so we had many lectures to fill the time.  The first was by Liliana, the orthinologist. I learned that the health of the ocean is told by the health of the seabirds.  They spend 95% of their lives on the water and only go to shore to lay eggs and hatch their chicks.

A polar front is the transfer of deep cold ocean water (2000 m) up to the surface, bringing with it a lot of food for the birds such as blooming algae which attracts krill.  We crossed this convergence about 4 pm and in no time, the wind had settled and sailing became much smoother.

The smell of the ocean is caused by DMS - dimethylosulfic.  It's the breakdown of plants and birds are attracted to the smell because it means food, and lots of it. It's like the smells coming from a kitchen at Thanksgiving!

Next on the agenda was a lecture by the marine biologist, Dany, who is a German/Swiss/French/ Canadian.  There are 23 marine/mammal species in Antarctica.

The Minke Whale measures 10.7 meters long and weighs 20,000 pounds.  It eats krill and crocodile fish by gulping big mouthfuls of water.  It has a pointy snout that allows it to survive in shallow water.  Its predators are killer whales and Japanese sailors.  There are at least 100,000 so they aren't endangered.  They have a 10 month gestation period and ween their young after 6-7 months.  They have 1 calf at a time and can live for 50 years.

The third lecture was by the boat historian.  I was getting lectured out by this time but whatever, it's impossible to sleep because they are always babbling on the intercom and it's really loud.  Apparently, sea ice doubles the size of Antarctica in the winter.  The big question is, not to me, but to historians I guess - who discovered Antarctica?  Captain Cook made 2.5 tours around the world.  The third tour didn't end up so well for him!  On his second, from 1772-1775, he discovered the Antarctic Circle - not the continent itself.  He did however, notice all the seals and so sealing became very popular but only for 5 years, until 1819 when they had managed to almost completely wipe them out.  And it was also in 1819 that William Smith discovered land - what is known today as the Shetland Islands and so it is Smith who gets credit for the discovery of the 7th continent.  After the seals were wiped out, they did the same thing to the whales from 1882-1894.

The fourth lecture, which we had to attend, was about bio security and zodiac safety.  We then were sized up for our boots and had to bring all of our outside clothing to vacuum stations where it was cleaned so we don't take any seeds or who knows what else onto Antarctica.

Then, we had a de-briefing for the day and an explanation of our plans for tomorrow.  We also can make a guess as to when we're going to see our first iceberg.

Our breakfast and lunch are buffets and supper is a sit down meal and we choose from a menu, with free wine.  We also have 'tea' at 4 pm which is cakes and little sandwiches.  Tonight we have a 'meet the captain' event with champagne and then after supper a Bar Talk about Maritime Superstitions.

I'm looking forward to a good night's sleep and our first excursion tomorrow afternoon on the Shetland Islands!
at January 09, 2018