The bridge into the town of Barra is a funny design.  It would be fun to drive over it really fast- 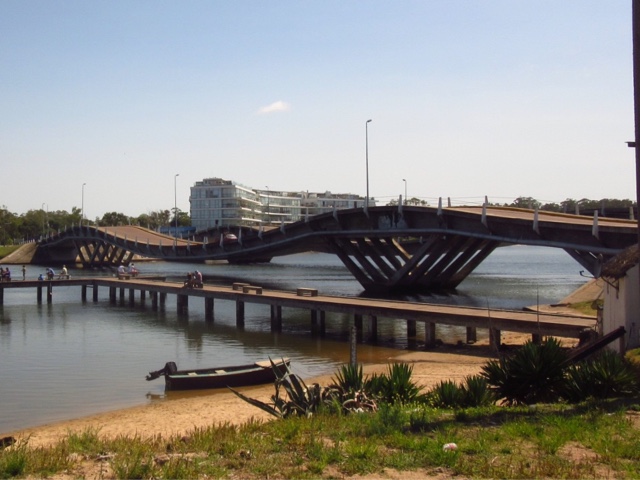 Today I had hoped to rent a scooter for a few hours, but no such luck.  It's such a struggle trying to get around using public buses, even though they are supposed to pass by every 15 minutes.  I walked to Kawasaki, but they didn't rent so I took the bus into the city.  Punta Del Este is a very modern, extremely expensive beach town filled with condos, hotels, shops and restaurants.  There I found a Thrifty Rent A Car but they were sold out.  At the third shop, they did have one for $40US for the day but I only had about 4 hours to use it because I was on cook group so I said no.  That just meant more walking.
Look what I found- 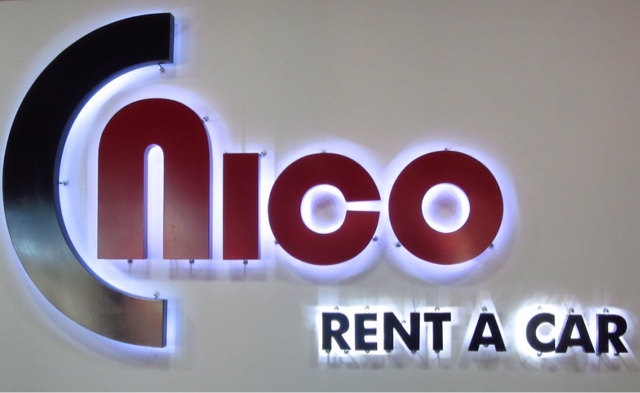 And then another surprise- 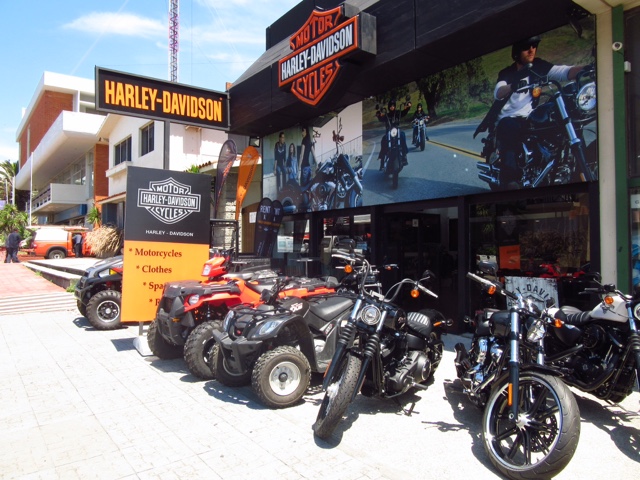 which was as big a disappointment as Montevideo.  Nothing!
I walked along the beach- 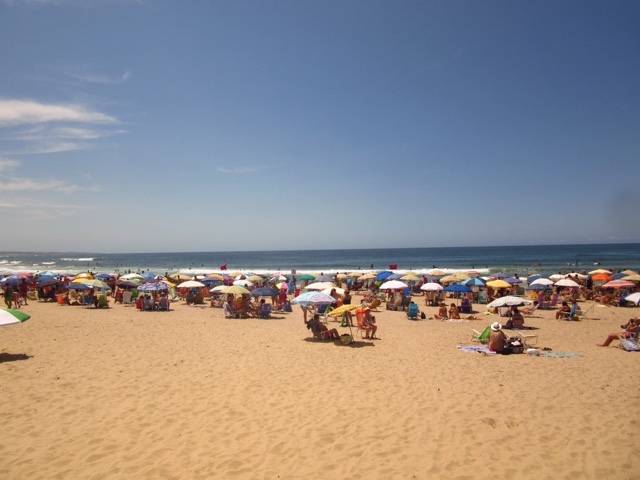 Most people use an umbrella for at least some protection and just about everyone has a chair.  It was really hot and people were getting big tans. 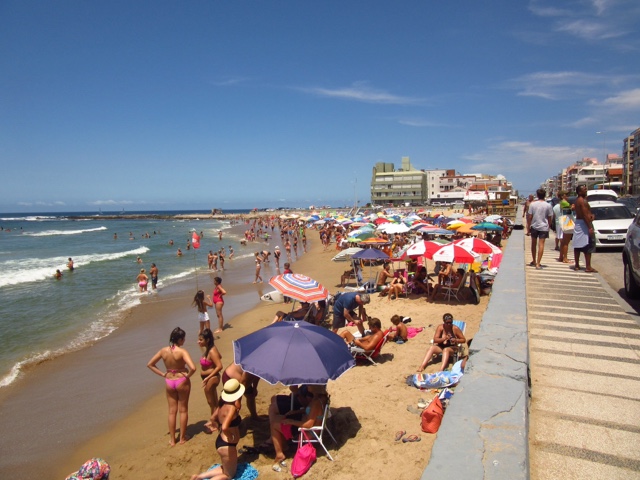 Not many are in the water compared to how many are on the beach although the water is a great temperature.  There are surf schools and lots of people practicing- 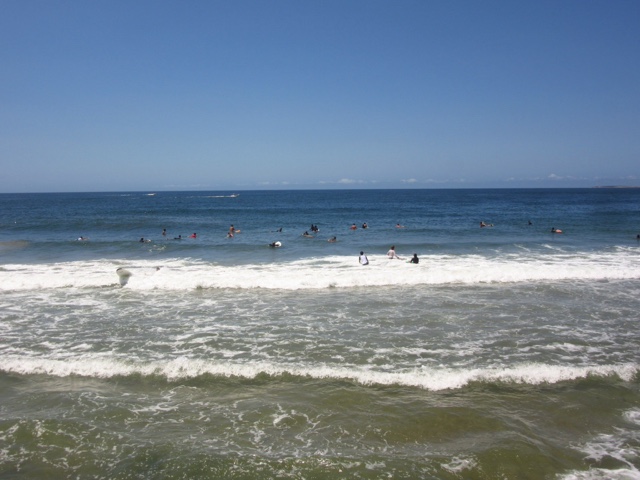 Between the apartments and the beach is the Main Street where the buses run.  There's a bus stop every 2 or 3 blocks.  I went to parada 21- 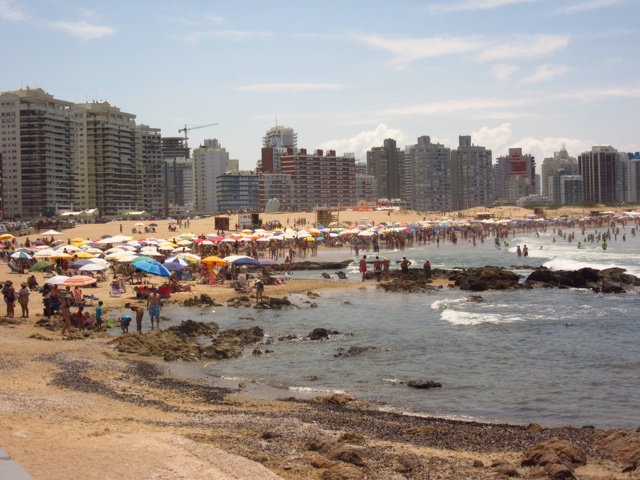 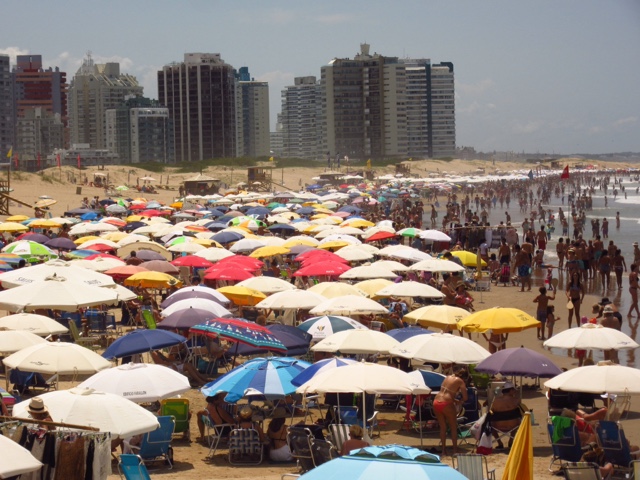 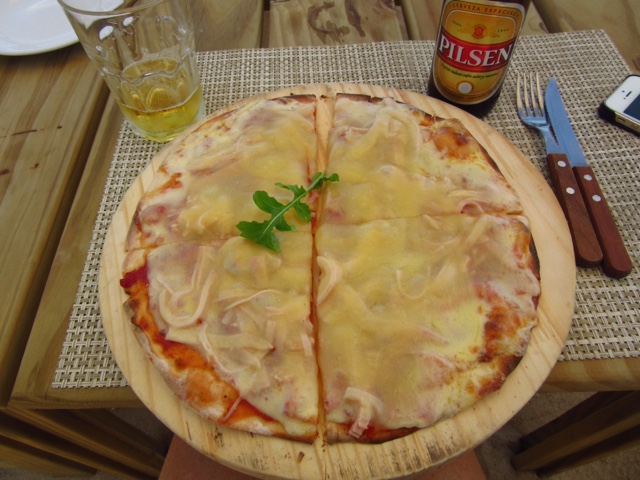 An Argentinian Dad and two kids sat at my table and we had a great visit.  The kids tried to speak a little English and helped me with my Spanish.  Mom wasn't hungry so she was on the beach.  Dad is an electrician in Northern Argentina and they try to go on a couple 10 day holidays every year.  He said the only people in Punta Del Este are Brazilians and Argentineans because few Uruguayans can afford it.  In Argentina, they live in an agricultural area and they get 3 crops/year!  I really enjoyed our visit.
I took the bus home, helped make supper, had a couple of beer and went to bed.  We've got a big drive tomorrow as we make our way to Salto and back to the Argentinian border.
at January 26, 2018