I had a great sleep and the included breakfast was second to none - Greek yoghurt, cereals, cheese, ham, gorgeous breads, fruit, coffee and tea!  After breakfast, I headed out to see the 2 things there are to see in Amarante:  the church of St. Gonçalo which was started in 1543 by the order of King Joao III and Lady Catarina.  There are different architectural styles including Renaissance, Mannerism and Baroque- 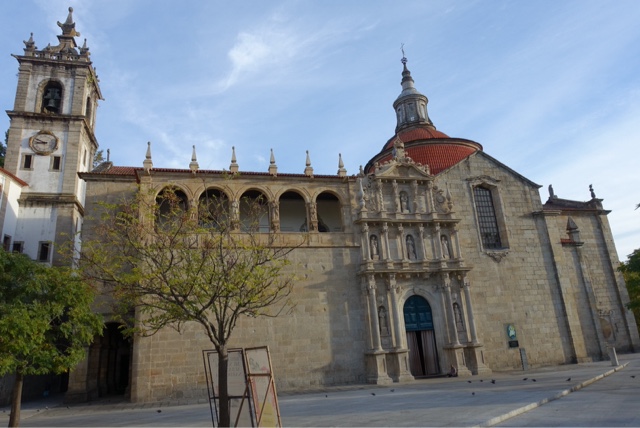 The altar is gaudy as usual- 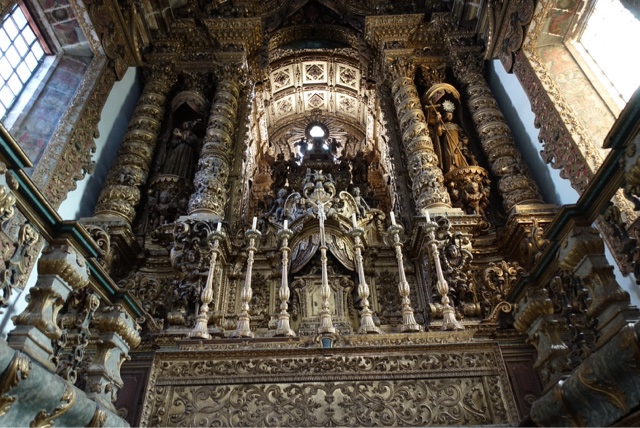 Amarante was a fortified city and the wall remains- 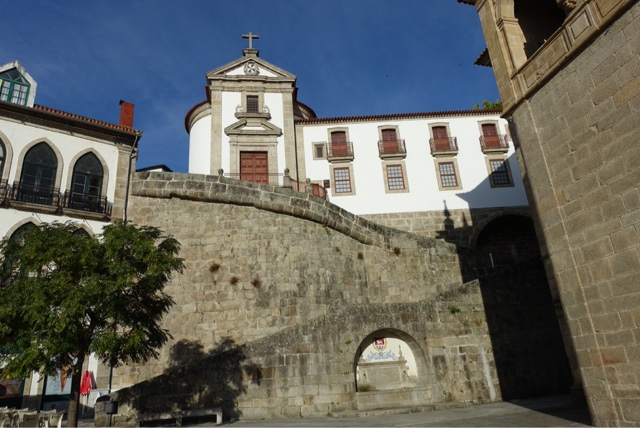 I think the highlight of the morning was the Ponte Sao Gonçalo.  The original bridge was built in 1763 but destroyed by floods.   It's where there was a battle in 1809 against the French.  The River Tamega flows underneath- 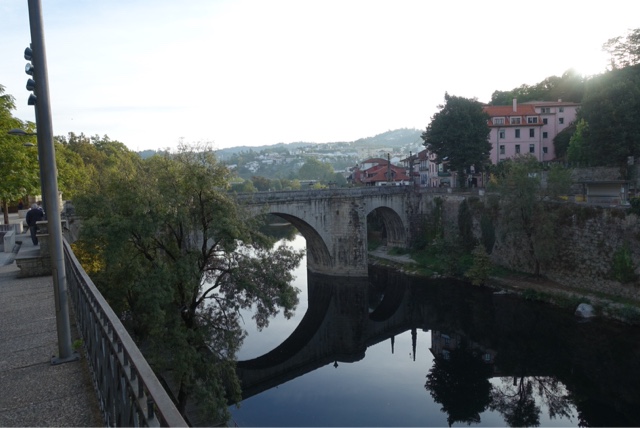 I love the reflection- 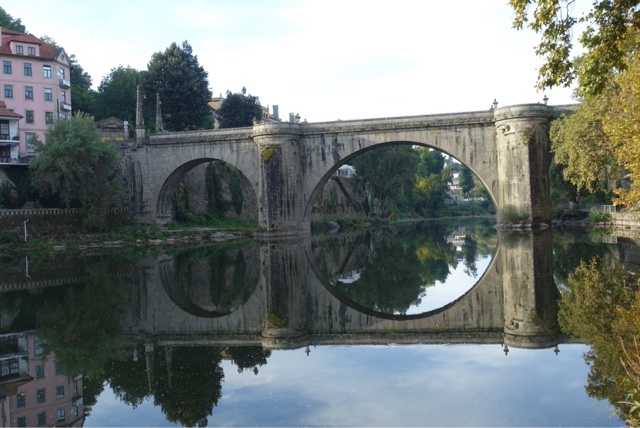 I was nervous about getting in my car and getting out of the parking area - over a metal bridge and up a high hill on stone roads built for one but it turned out to be a piece of cake.  With the help of maps.me, I was eventually on my way to the Douro Valley which is absolutely beautiful- 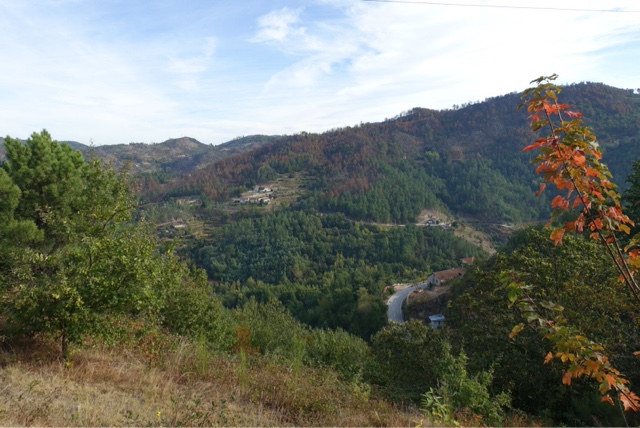 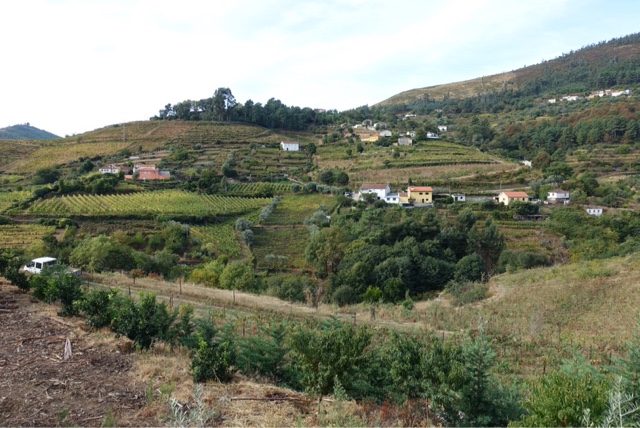 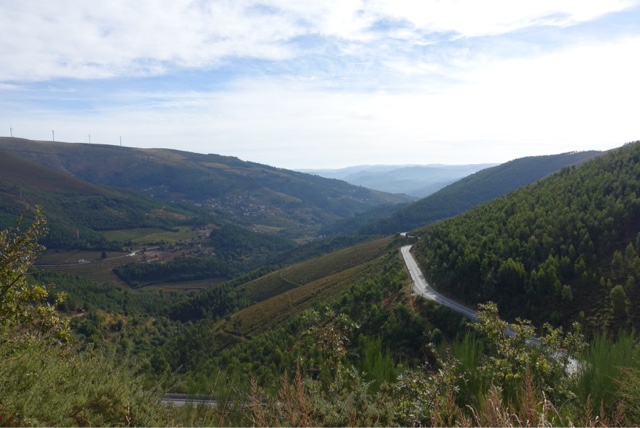 The road wasn't very busy so I was comfortable putting along.  Occasionally i'd pull over to let someone go by but it was a very pleasant drive.
Portuguese cemeteries are similar to others in Europe with lots of fresh flowers- 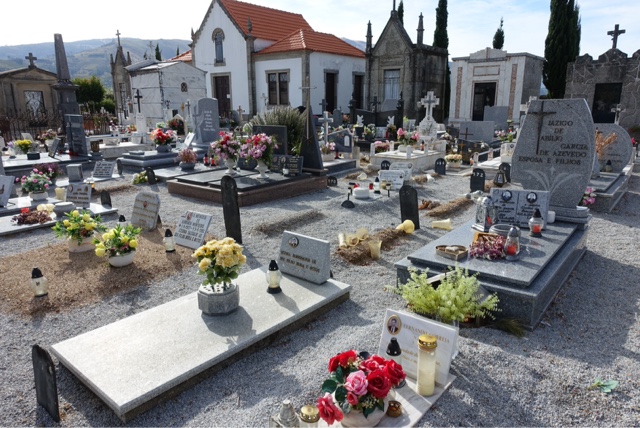 Many had lanterns burning- 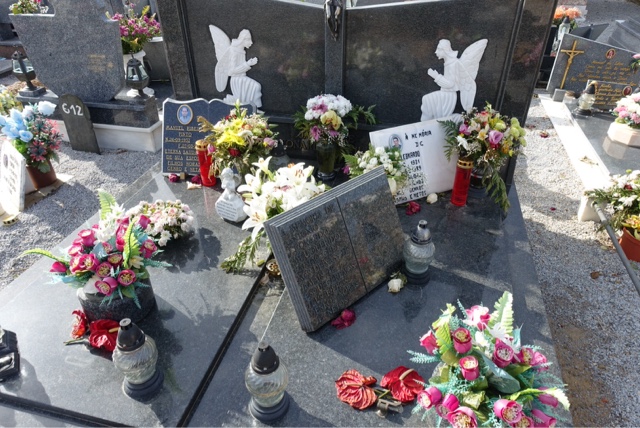 Some only had carefully sculptured gravel on top- 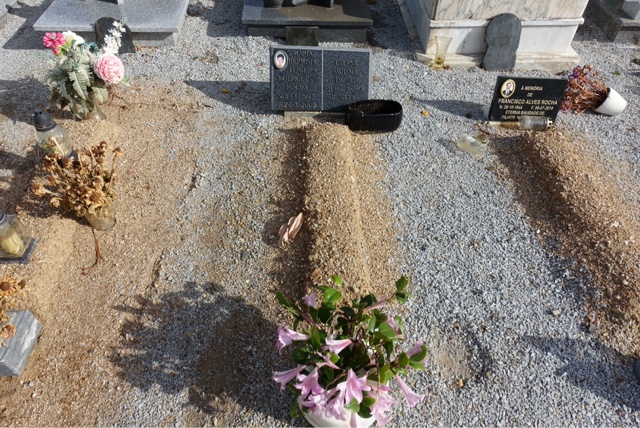 The Douro Valley is miles and miles of vineyards- 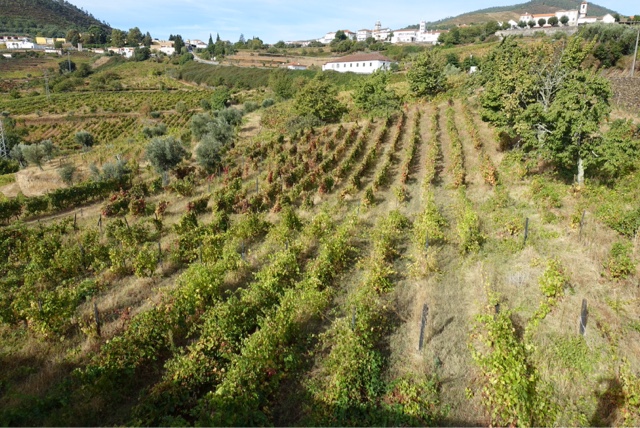 The Douro River is 897km long.  Almonds, grapes and olives are grown in the perfect micro-climate.  I'm looking west- 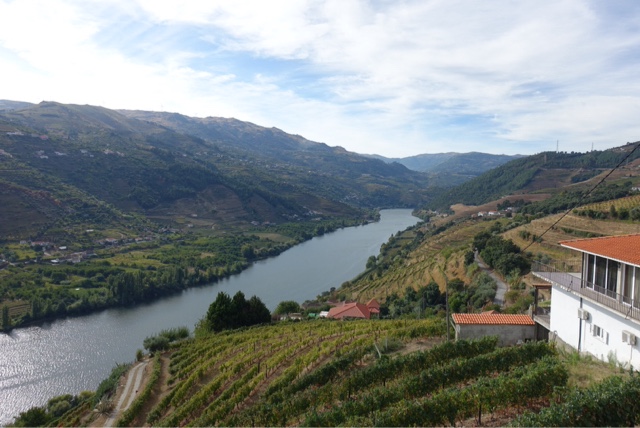 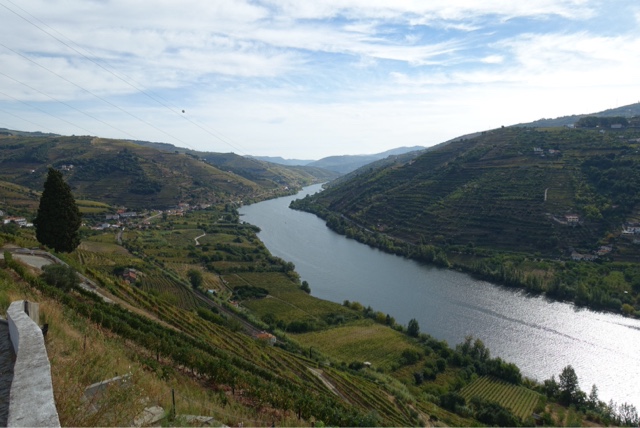 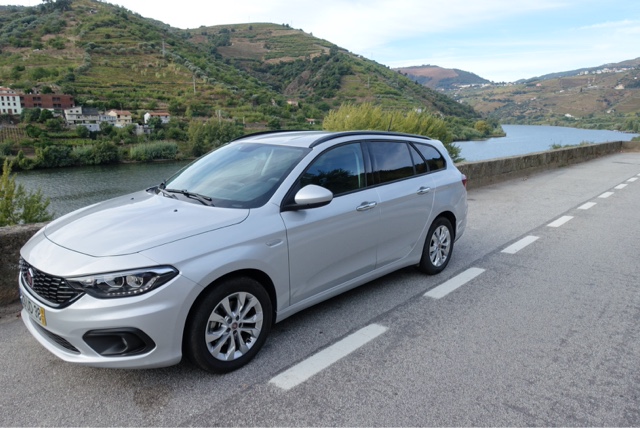 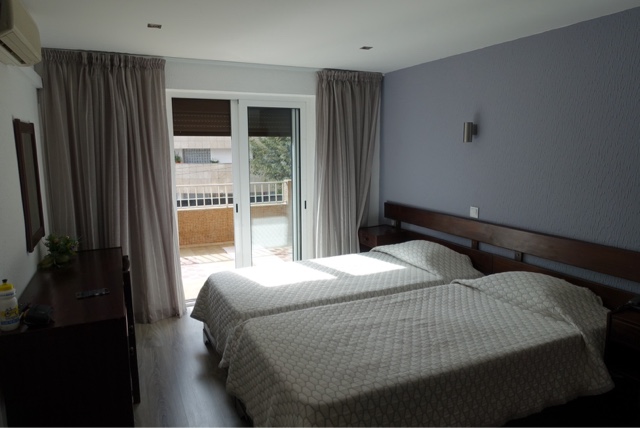 So does the bathroom, complete with bidet- 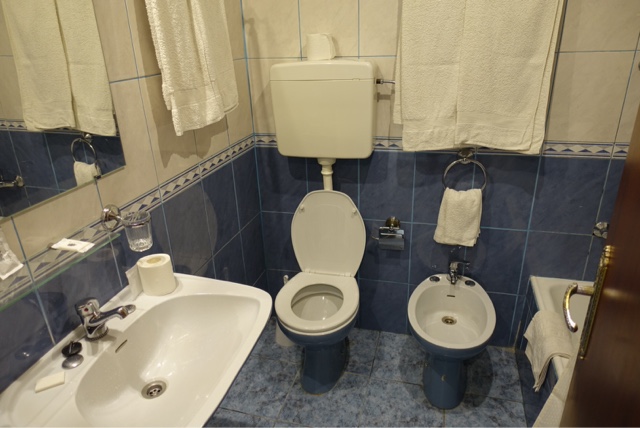 After getting settled, my first stop was at a Quinta where I'd hoped to have lunch but they were completely booked.  I couldn't even have a glass of wine- 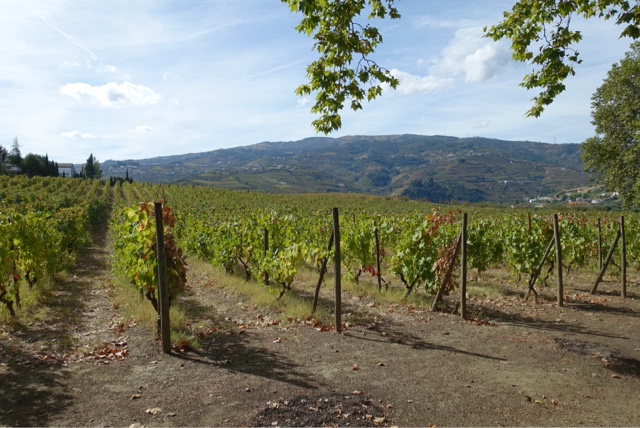 I drove back to my hotel, parked and walked downtown  I didn't want to be drinking great wine and then driving.  I ended up going on a one hour cruise in the river for $15 with other Canadians from Calgary.  I thought we were going to go under the bridges but we went the other way so we had a great view of Peso da Rejau- 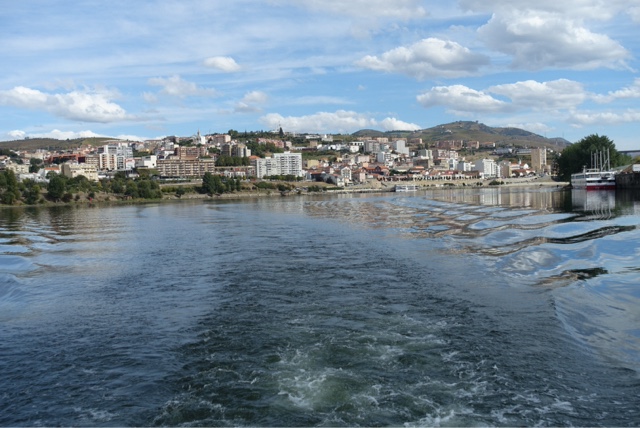 There were 2 river cruisers docked.  I can't imagine doing that- 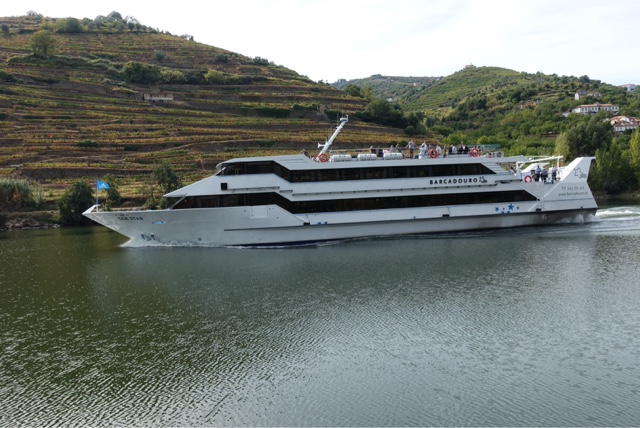 The river banks are terraced and planted.  All the grapes have been picked- 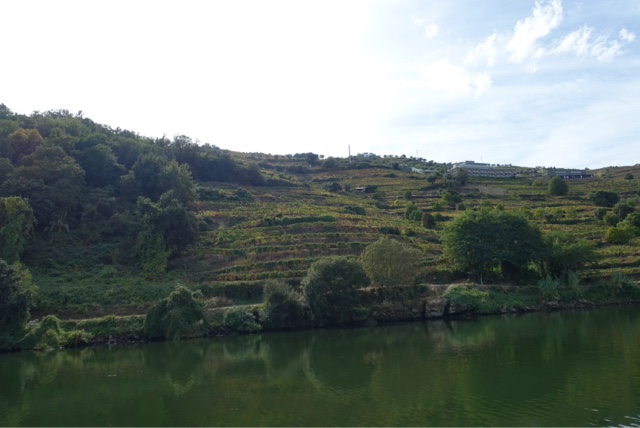 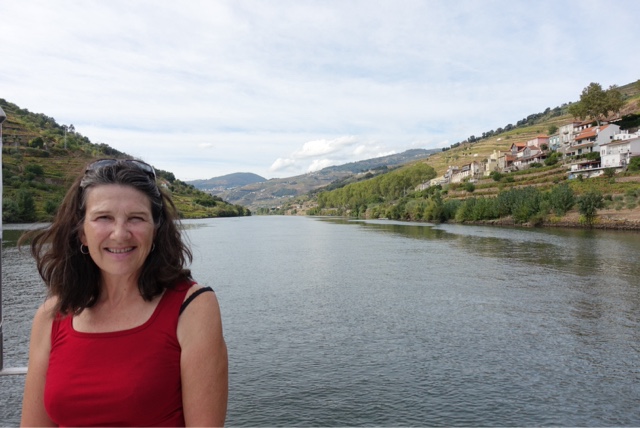 There are continuous houses and villages along the river bank- 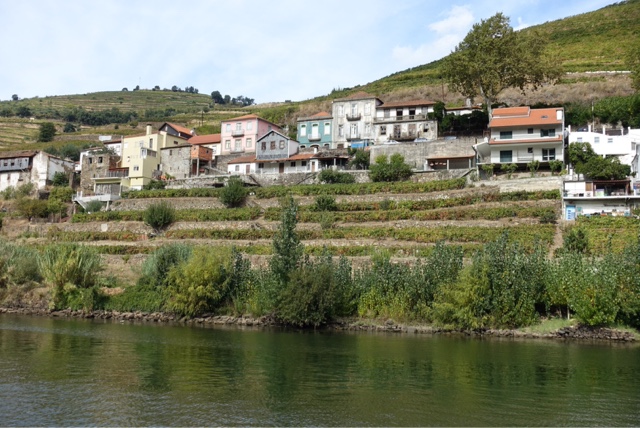 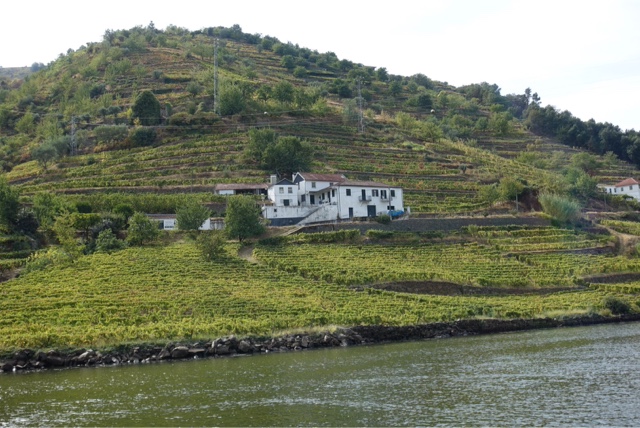 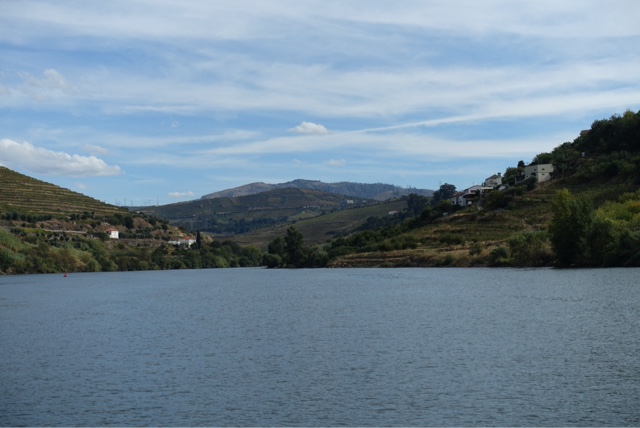 After the cruise, I stopped at a grocery store where they had dried fish- 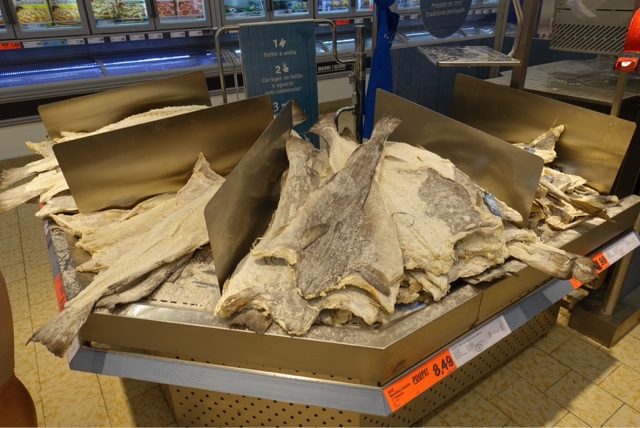 came back to the hotel where I did some wash and am now listening to the Riders getting demolished on CKRM!  Looking forward to another day in Peso da Rejau tomorrow!
at October 13, 2018