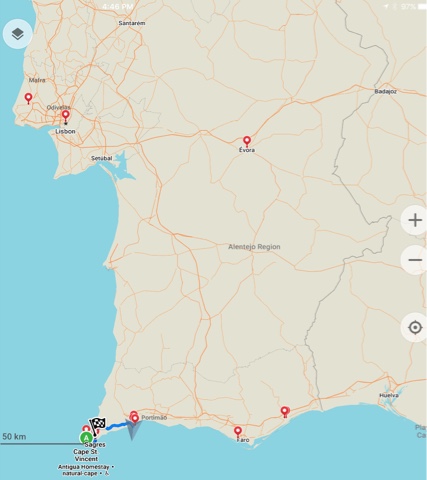 My first stop though was at Sagres. There were a few boats in the marina- 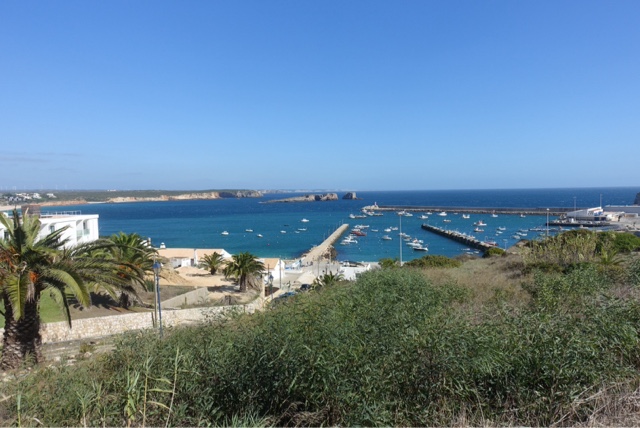 The cliffs near the Fort are wonderful. It was so windy, sometimes I felt pushed along.  It had to be blowing 80 to 90 km/hour.  I'didn't want to get too close to the edge- 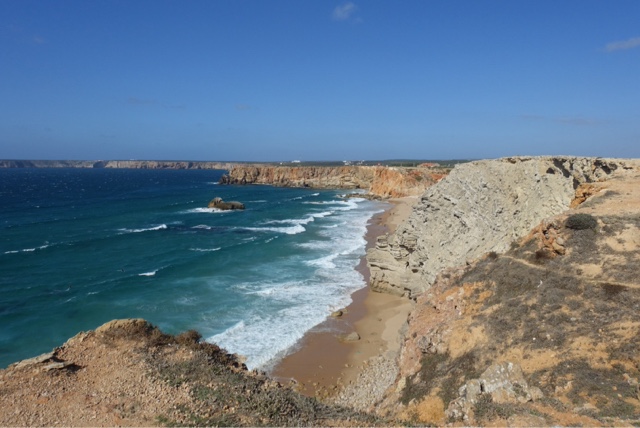 At the Sagres Fort- 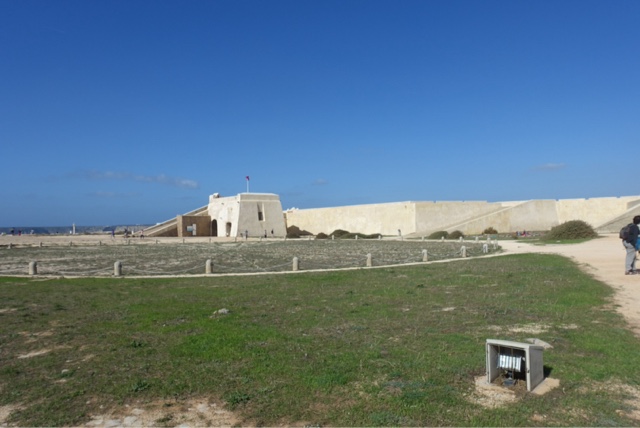 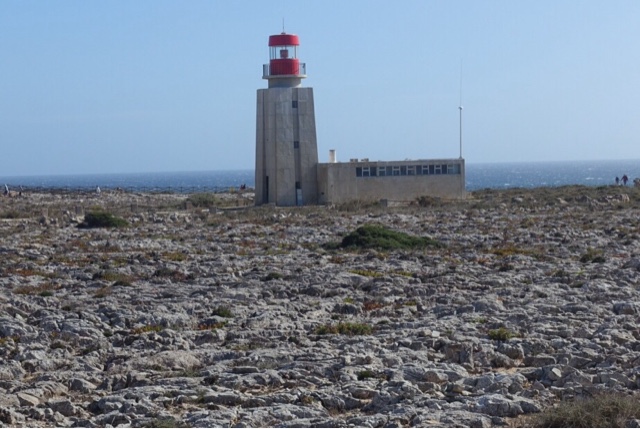 There were a few fishermen on the edge of the cliffs and one reeled in a fairly big fish.  His friend had a green basket/net that he lowered out of sight to scoop up the fish- 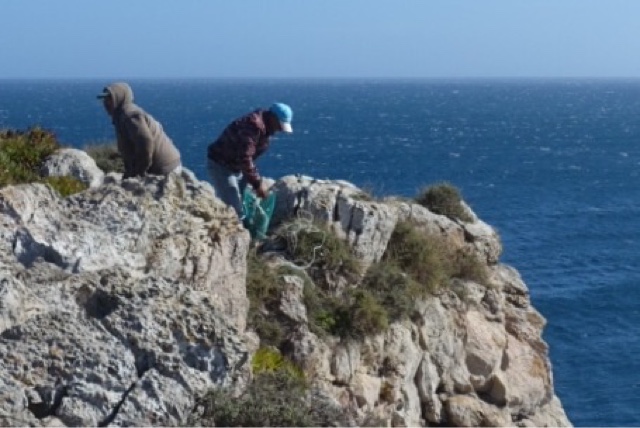 Walking along, I thought I might have spotted Tom and Donna but didn't think that would be possible.  I had decided to send them an email when I got back to my room, asking if they'd been at the Fort when I saw them again heading to the exit!  What a nice surprise!
Old canons are lined up near the upper fort wall- 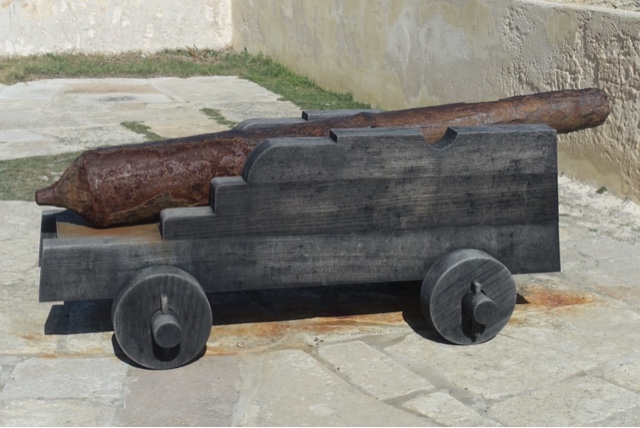 Leaving the parking lot, I saw an overland truck but no one was around to talk to so I don't know where they're going nor where they've been- 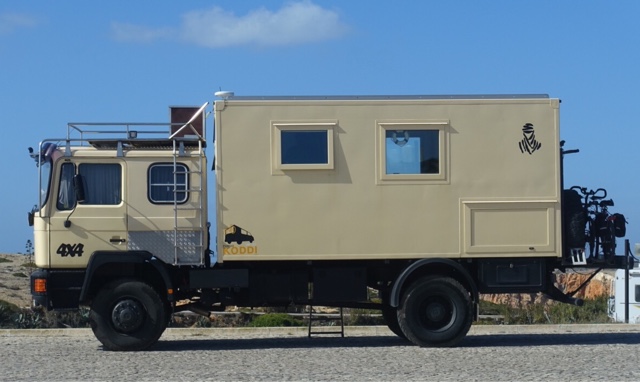 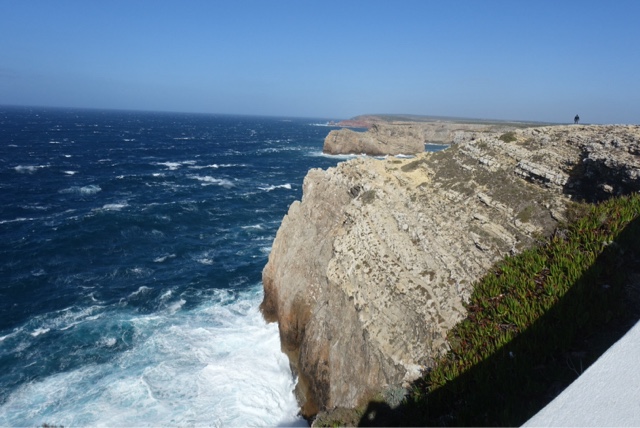 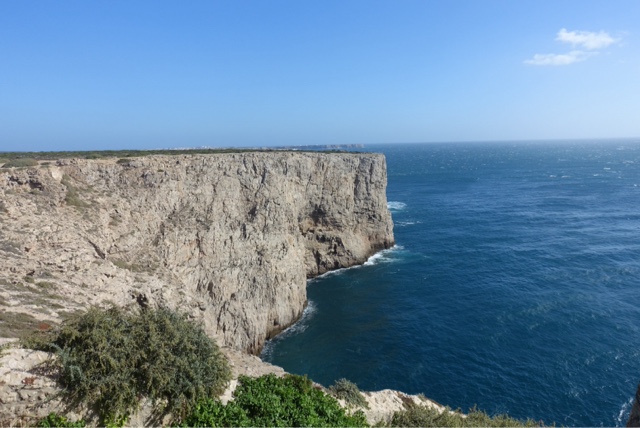 Driving home, I stopped at Vila do Bisbo which was a white village with brown tile roofs up on a hill.  It looked so quaint.  There were a few more just like it along the way.
When I got back to my room, my main ceiling light bulb was burned out so I had to change rooms.  I asked to go upstairs but instead got this view, a brighter and bigger room and a better bed.  All thanks to a lightbulb- 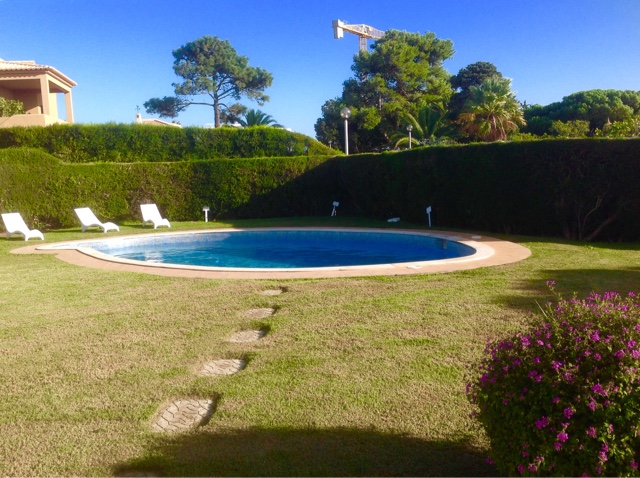 I'm heading back towards Spain tomorrow, thinking I'll go as far as Faro.  I'm going to try and stay on the Isla de Faro, basically right on the water but time will tell.  Looking forward to reading the play by play of the Rider game that starts at midnight!
P..S.  My two favorite girls- 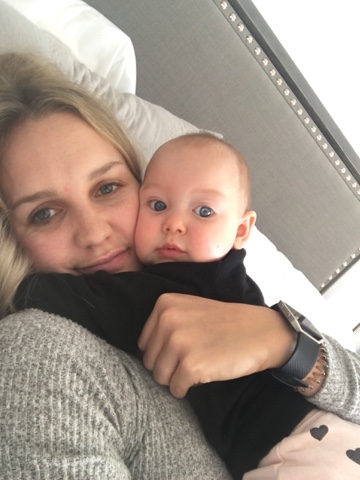 P.S.P.S.  My friend Donna just commented on my posts and sent a link that made me laugh- 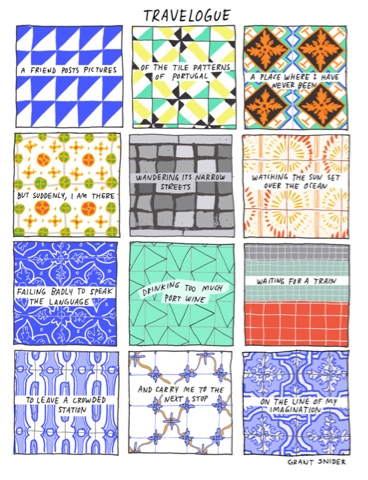