Today was a tiring day: 63.08 km with a big climb and a huge descent of 15 km!
We started out earlier than usual and the first thing I saw a man making and selling Saint James walking sticks.  I haven't seen anyone walking with one- 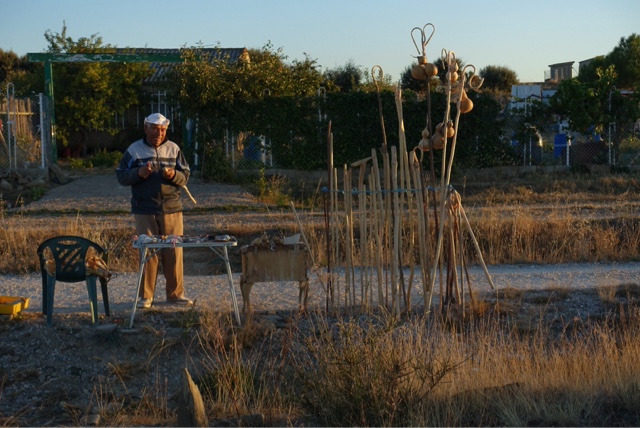 The light is so much nicer early in the morning- 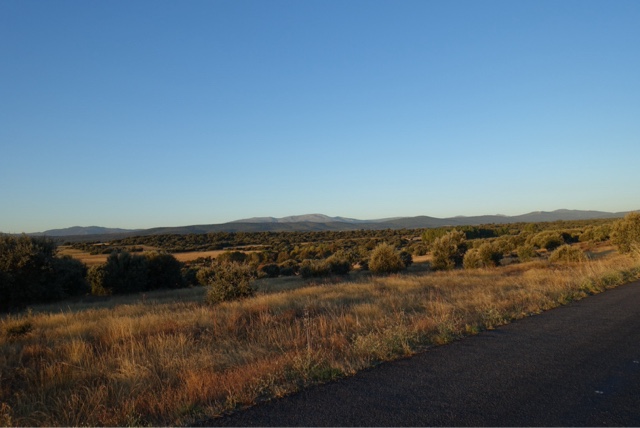 The highway was sort of rough, not with potholes but sways and not a smooth surface so it was slow going.  The walkers were to the right of the highway- 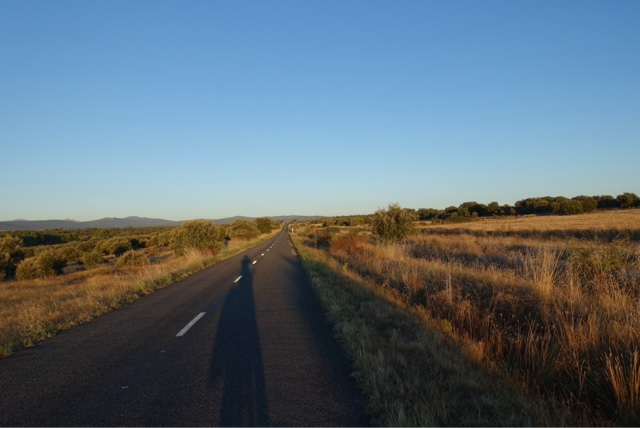 Every village has a church- 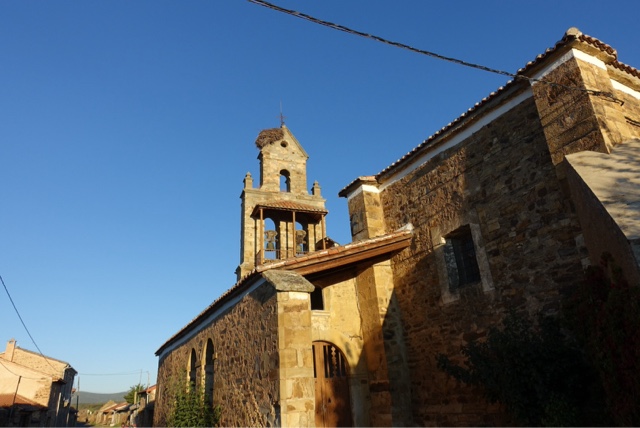 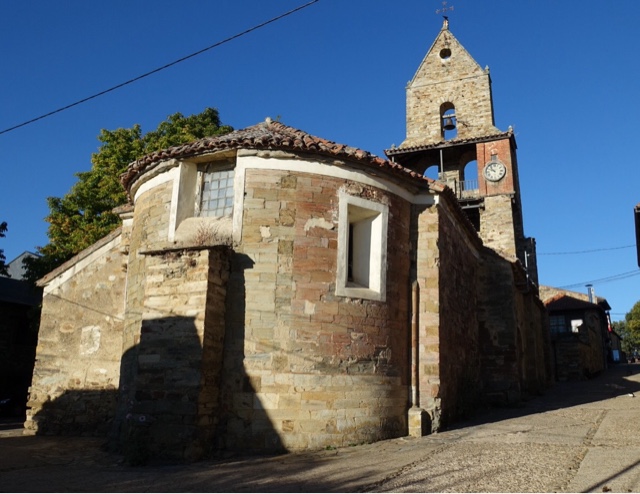 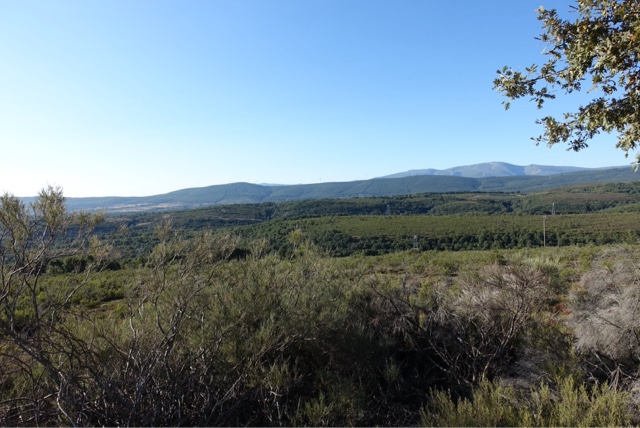 It is only recently, and thanks to the pilgrims, that Foncebedon has become inhabited again.  The buildings are made of field stone and the street is a rough mess- 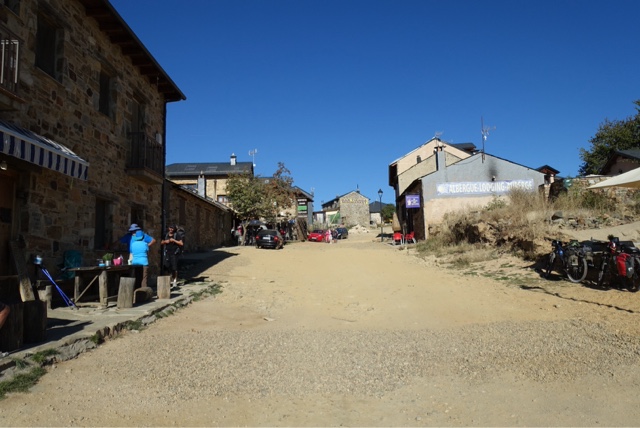 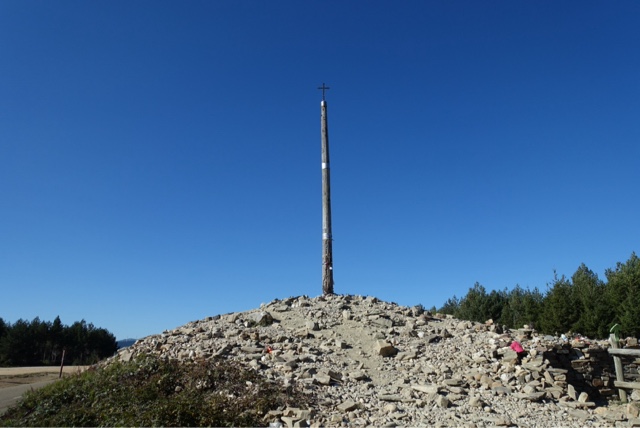 where you're supposed to place a stone that you've brought from home.  Mine is from a vase that we got when Nico died.   It's the brown polished one in the middle.  People leave all kinds of things around the Cruz- 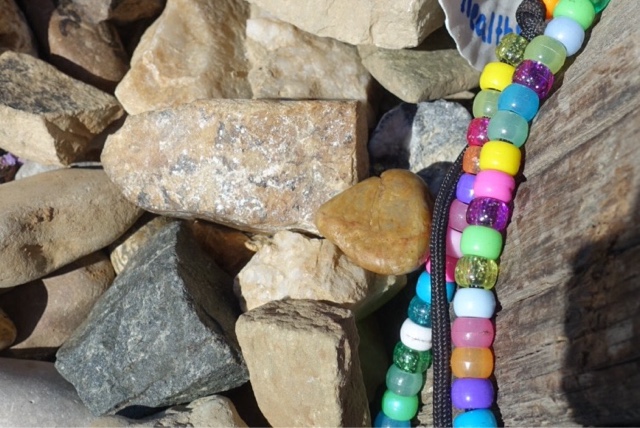 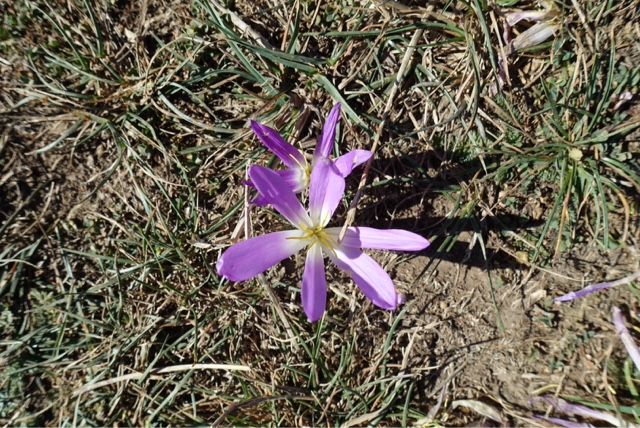 The views were pretty nice after the long trek up- 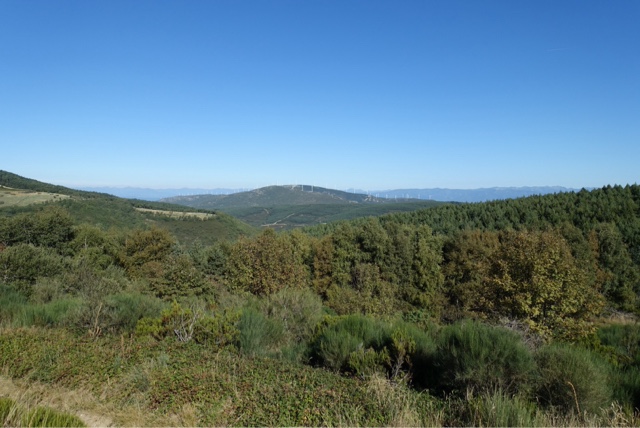 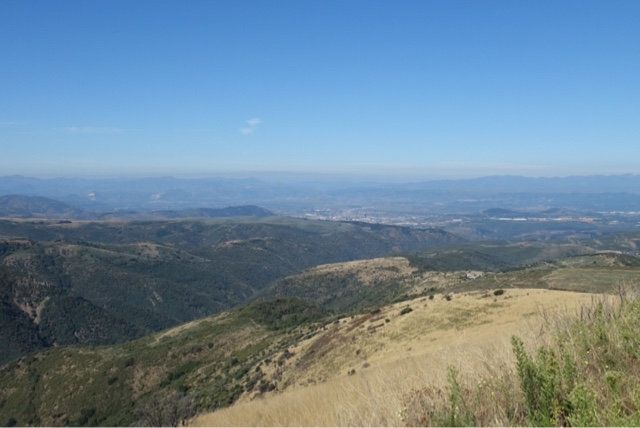 The towns are ancient and have covered, wooden balconies on the outsides- 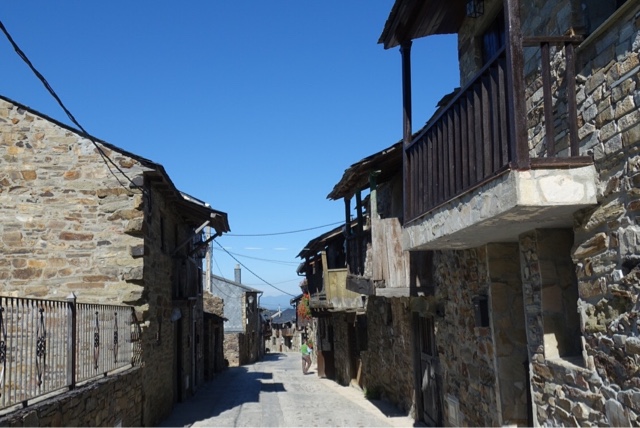 We were warned that the descent to Molinaseca was going to be a fast 15 km and it was.  I had my brakes on all the way- 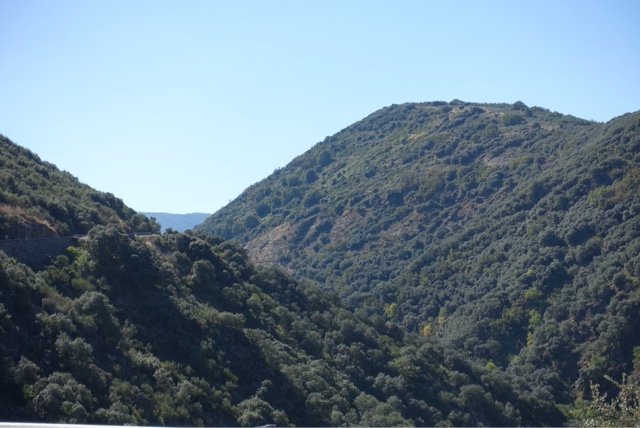 We had lunch in Molinaseca, a pretty little medieval town- 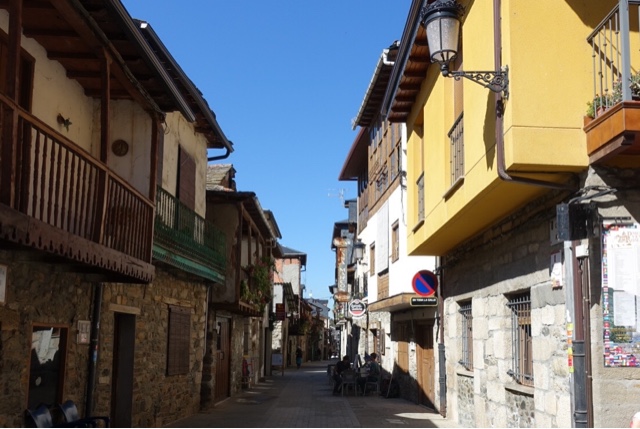 Finally we made it to Ponferrada where there is a castle from the Knights of the Templar, built in the 14th century.  The Knights of the Templar were a Catholic military order, begun in 1119 and around until 1312.  Their job was to protect the Christian pilgrims along the many pilgrimage trails.
The entrance had a drawbridge over the moat- 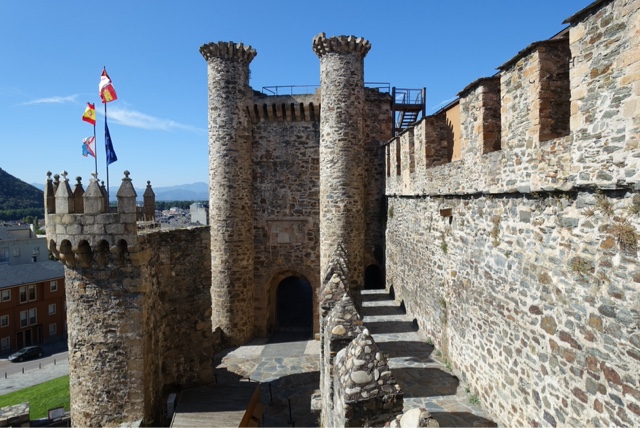 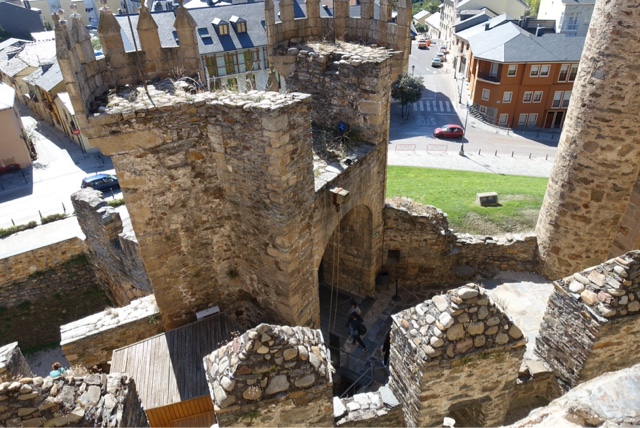 There's a walking tour inside which is pretty much a waste of time if you've been to other castles because it's almost like once you've seen one, you've seen them all.  I'm starting to think like that about quite a few things.  This is one of the towers- 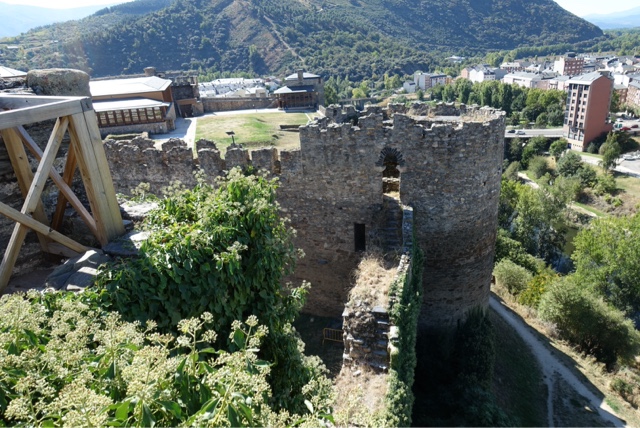 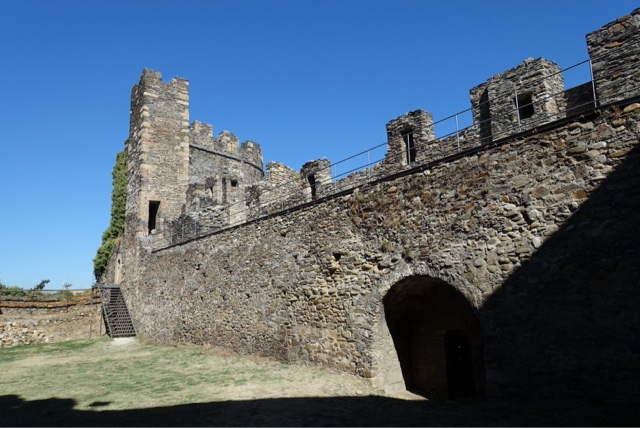 A tower and a wall- 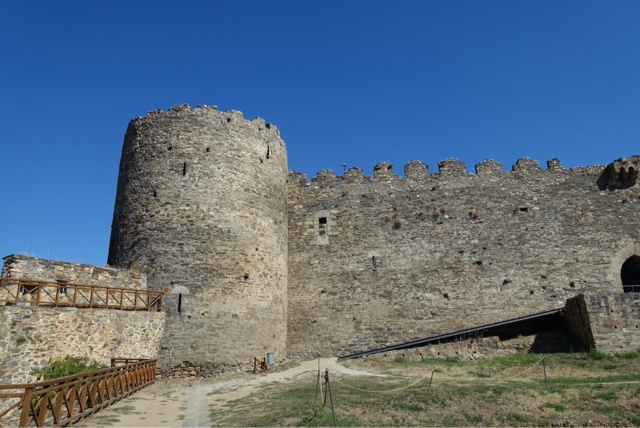 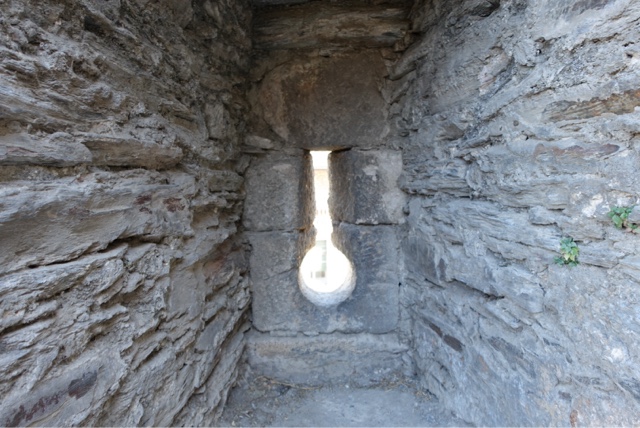 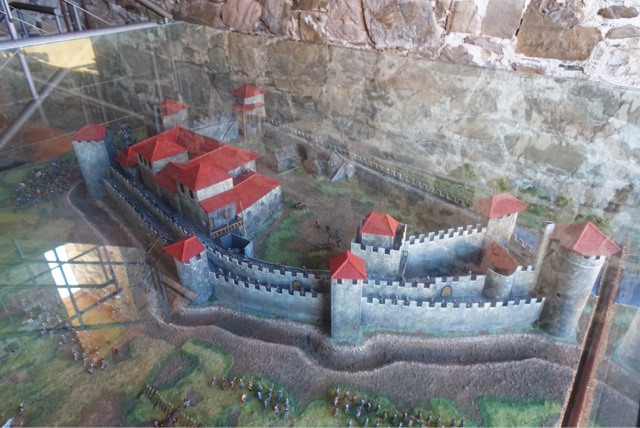 We carried on and finally made it to Cacabelos where we had paella.  I'm not a big rice fan but it's a Spanish dish so thought I should have it once- 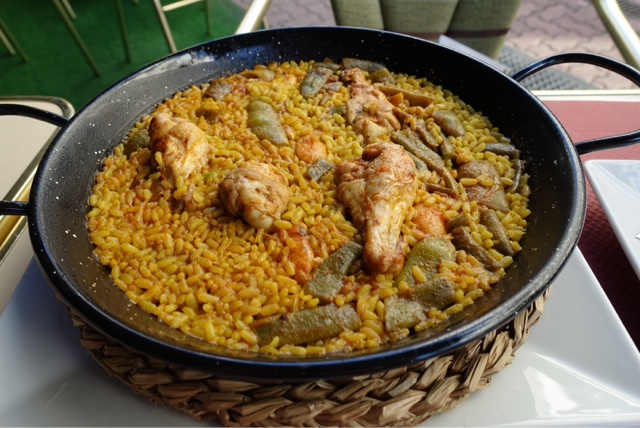 We're staying in an albergue that is built around a church.  Each room has two beds with storage- 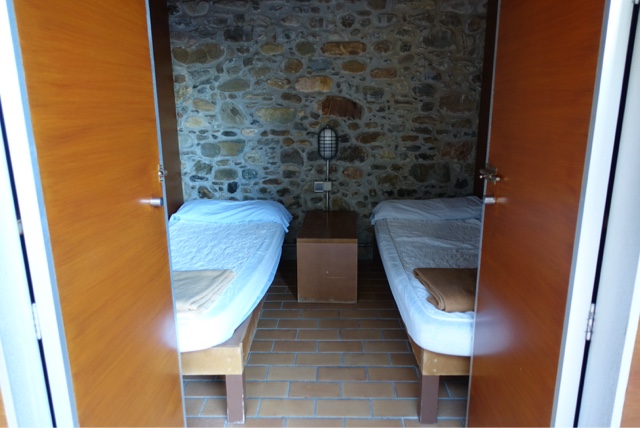 There are about 65 rooms and they're never full - usually around 70% since there are so many albergues these days.
There are also washing facilities which is something very necessary for hot sweaty pilgrims- 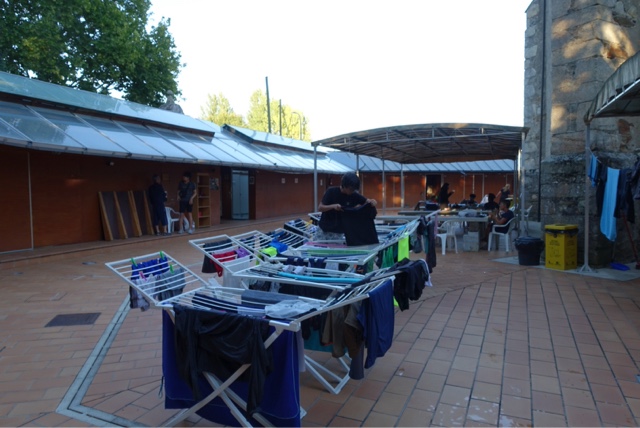 Tomorrow we're going to ship our panniers to Triacastela where we hope to be spending the night.  We have a huge climb tomorrow so it will be much easier without the extra weight.  I'm exhausted so hoping for a great sleep!
at October 05, 2018