The house where I'm staying- 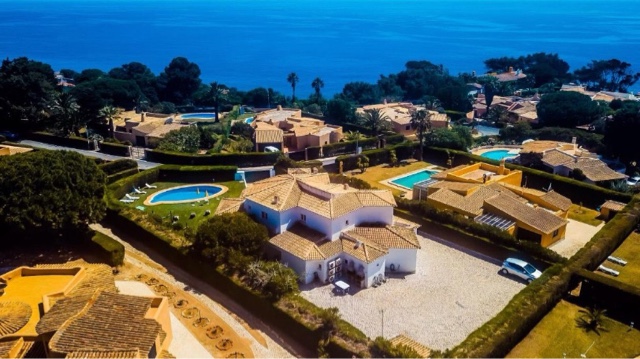 is the large white one right in the centre of the picture.  There's a pool- 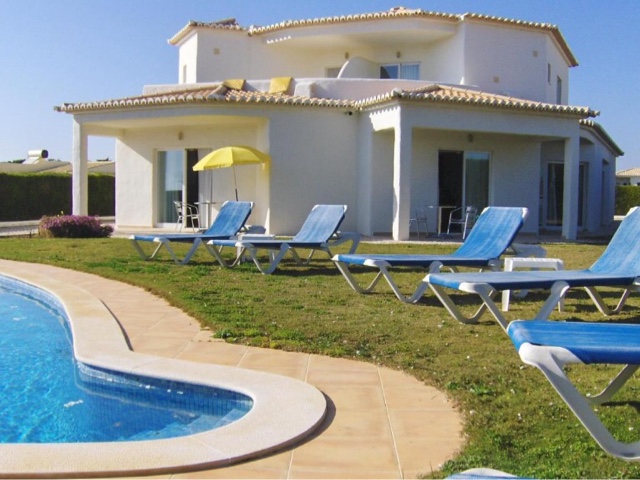 that is only about three quarters full but it really isn't warm enough to swim anyway.  It was only 20 today.  My room doesn't have a great view- 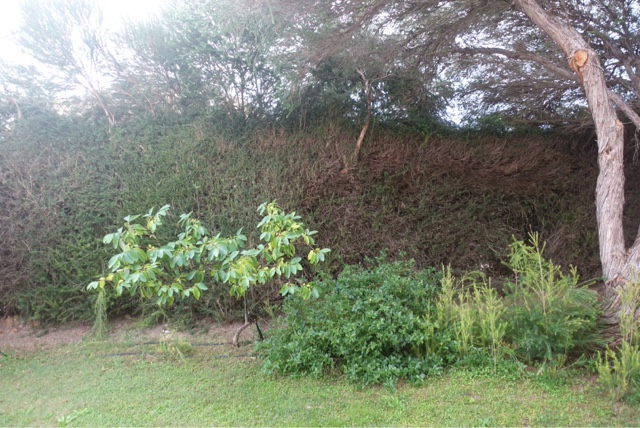 but it's quiet, in fact so quiet, I didn't leave until 2 this afternoon!  I found a blog called theroadchoseme.com and spent hours reading.  It's about "Dan" who is in the process of doing an overland in Africa, the trip I'll be doing shortly.  I'm curious about the roads and the activities that await me and from what Dan says, it's going to be great!
Once I finally got going, my first stop was Ponta da Piedade which is a great lookout spot with many arches and grottos- 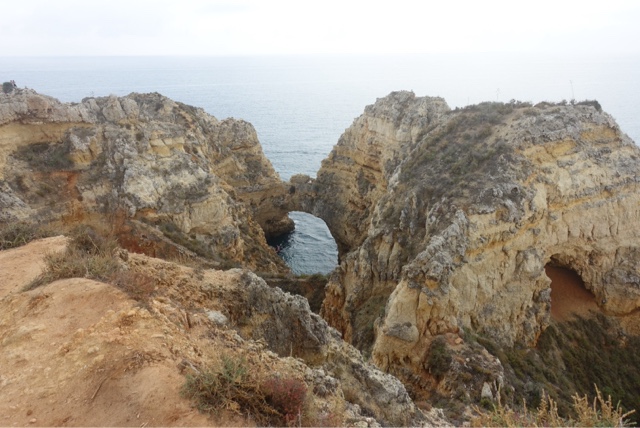 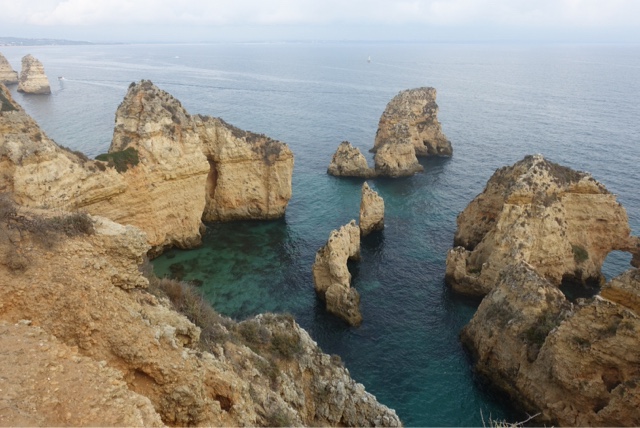 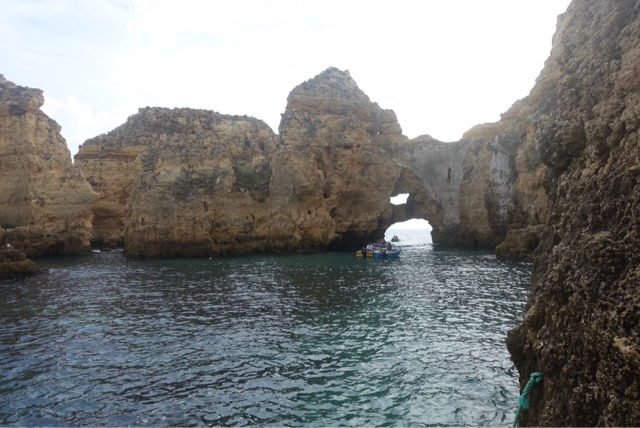 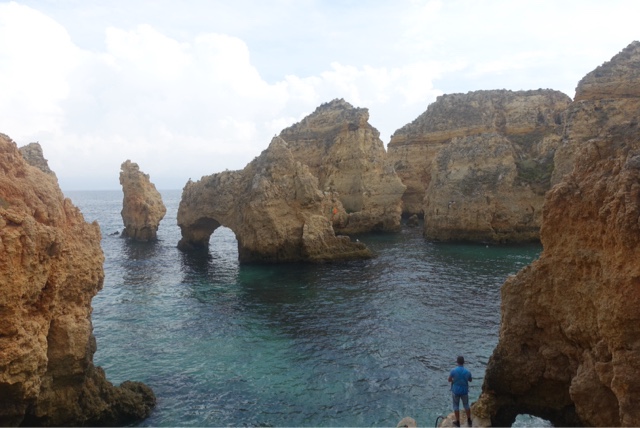 From here, I went to the downtown area to stroll around and find chicken piri-piri, a Portuguese specialty.  It's oven roasted or barbecued chicken in a marinade of garlic, red chilies, oregano, paprika, olive oil and red wine vinegar.  It tastes a lot like tandoori chicken to me but it's not red.  I asked an older gentleman running a shop where the best was and he sent me on what I thought would end up being a wild goose chase; to a restaurant about a kilometer away.  When I arrived, they were closing, but sold me a quarter of a chicken to go.  It was really good and I'll definitely be trying it to make it at home.
The Lagos marina and coast- 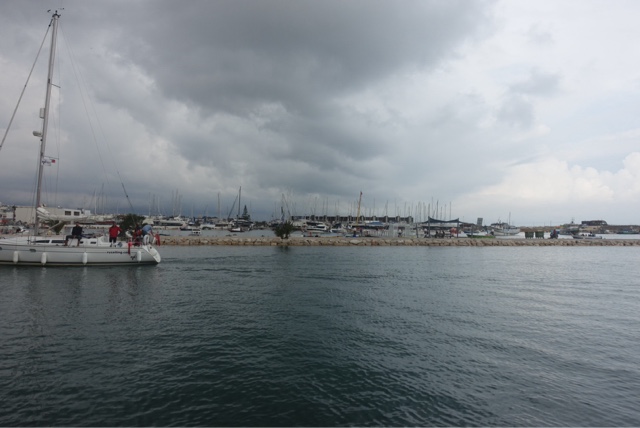 The tourist trap area is full of restaurants, bars and tacky souvenir shops- 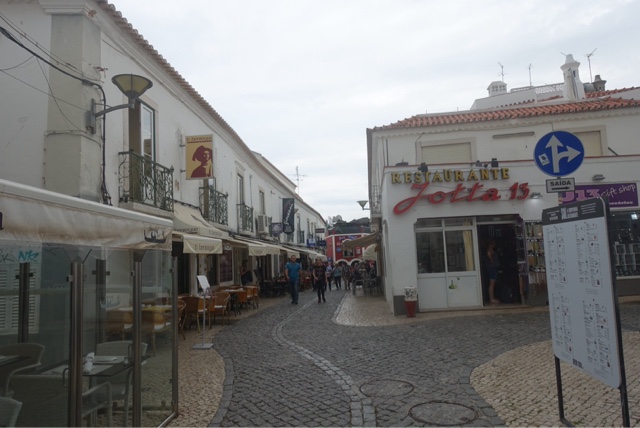 Santa Maria Church was originally built in 1498 but the one that exists today comes from the 19th century.  It has two bell towers, Doric (there are simple circular capitals at the top of the columns) columns and a sculptured, Renaissance door- 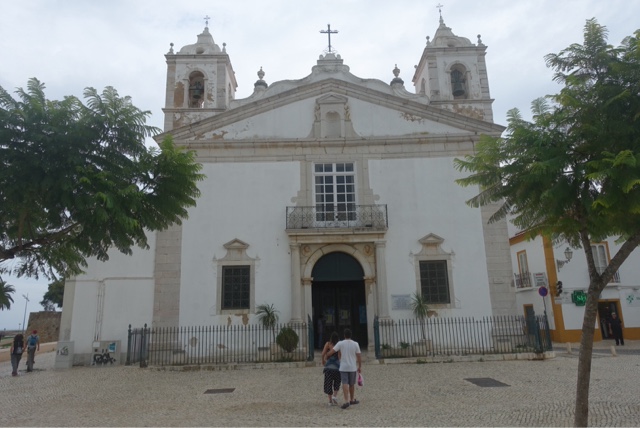 The front altar is bright and very different- 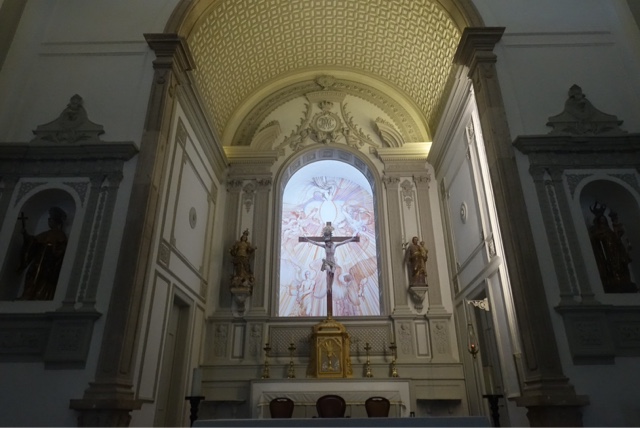 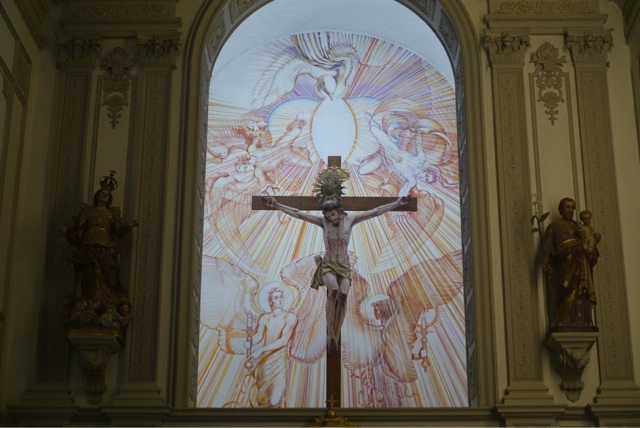 I stopped at Intermarché, a huge grocery store and stocked up for a few meals.  Tomorrow, I'm driving to Sagres which is on the west coast, about 30 km from here.  I'm enjoying relaxing!
at October 26, 2018