I enjoyed more of the view from the hostel then went walking east on the island.  People were out digging in the mud- 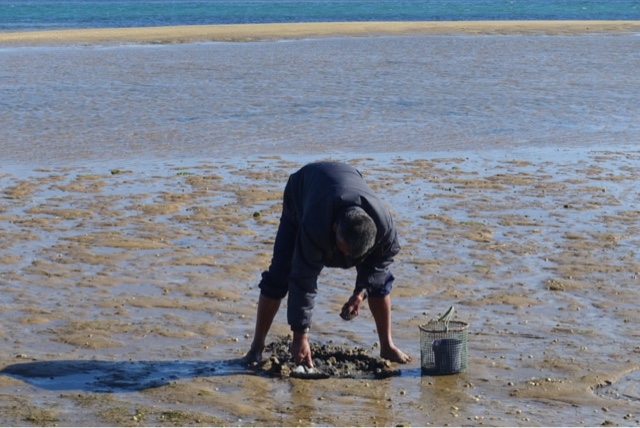 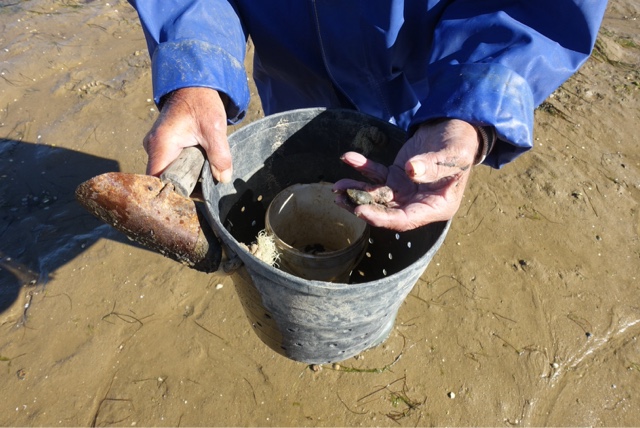 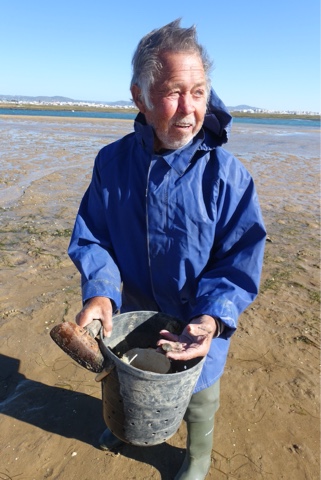 I continued walking into the dunes- 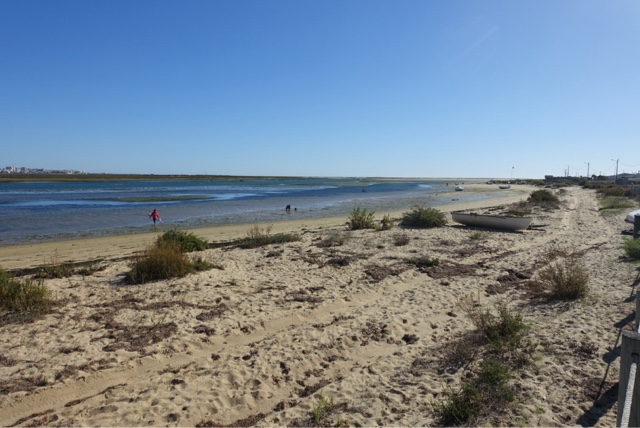 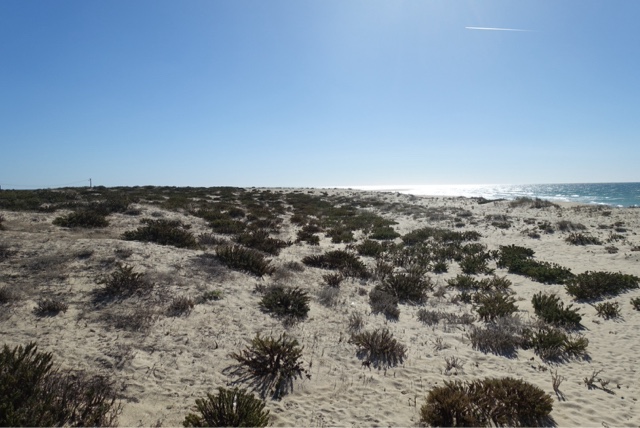 And then made it to the beach- 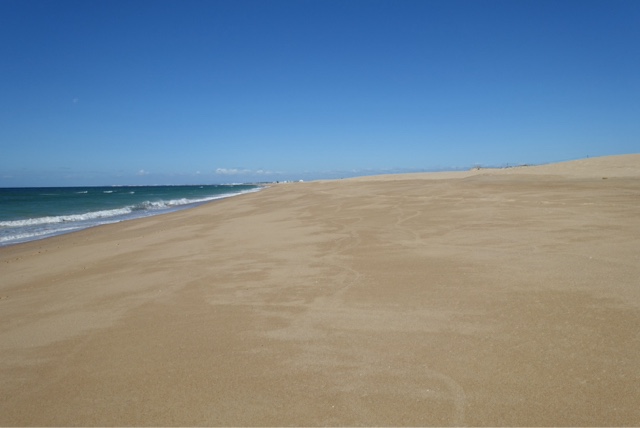 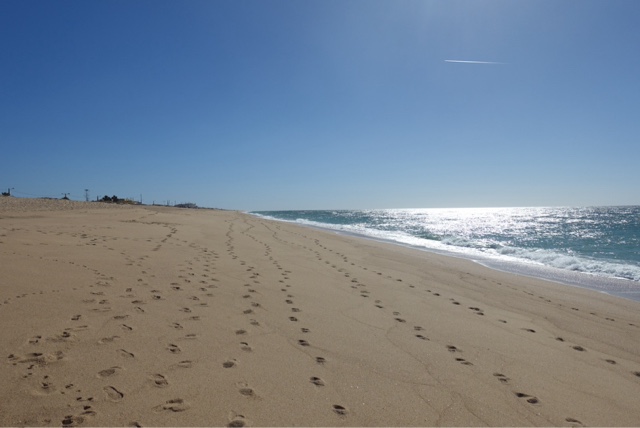 There was no one around for miles.
Once back to the hostel, I left for Tavira, got checked in and went to Santa Luzia, a small town for lunch- 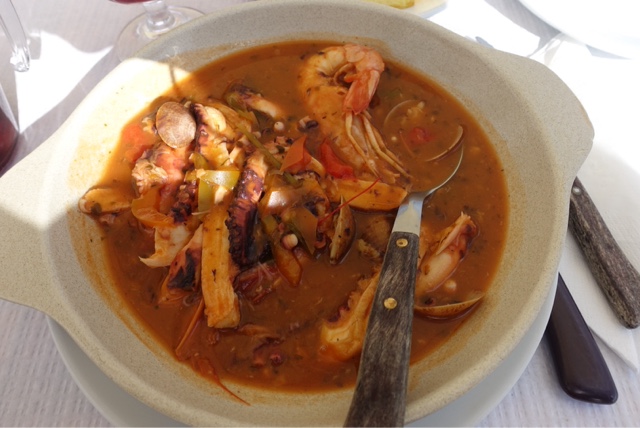 Prawns, clams and loads of octopus.  It was delicious!  I walked to the Praia do Barril- 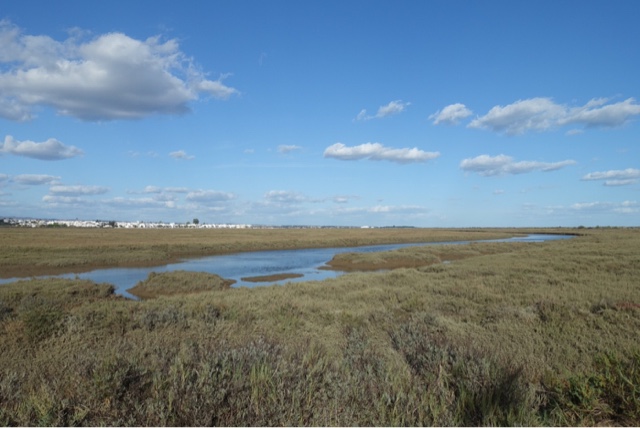 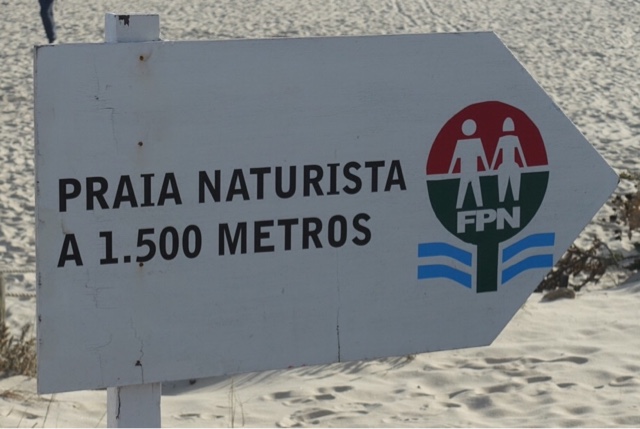 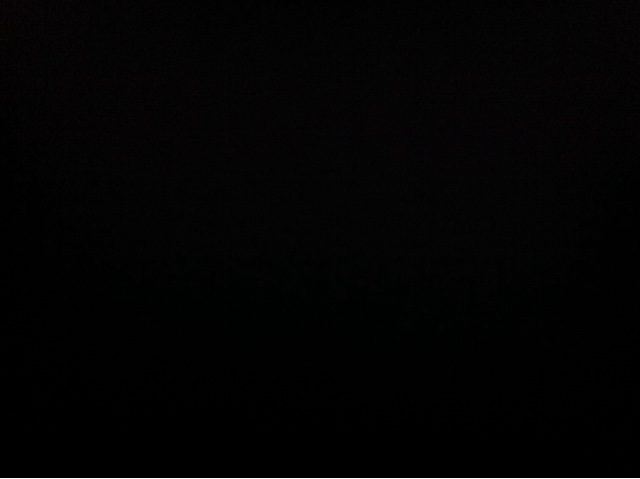 Darn, that didn't turn out too well!
They have an anchor graveyard- 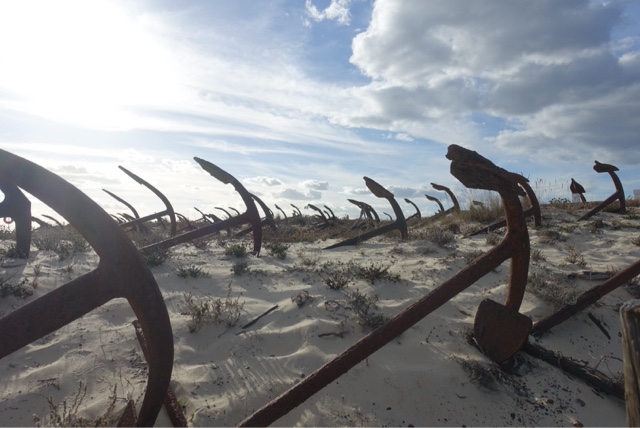 Once back in Tavira, I went to another fado show which I liked a lot more than the first one in Coimbra.  The musicians looked like they loved what they were doing and the woman, oh could she sing.  She was in charge too because she would whisper to the man on the right the next song she planned to sing and then he would introduce it to us.  Amalia Rodrigues, from Lisbon, is on the back wall because she is the poster woman of fado.  She reminds me of Edith Piaf.  The man on the left is playing a 12 string pear shaped guitar which is found only in Portugal and is specifically for fado- 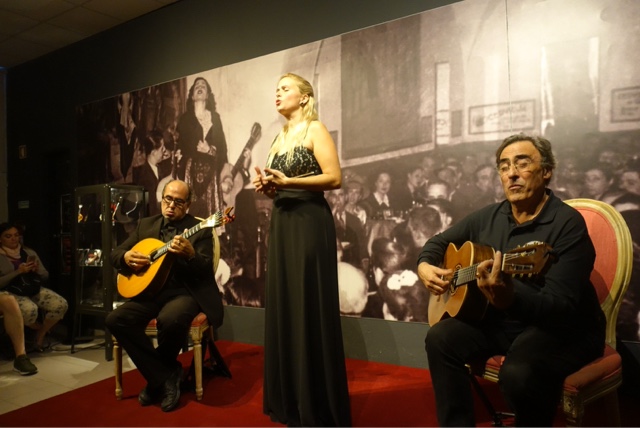 Tomorrow I'm taking the ferry to the Ilha de Tavira.  Looking forward to more sunshine!
P.S.  Andi and Nico are ready for Halloween- 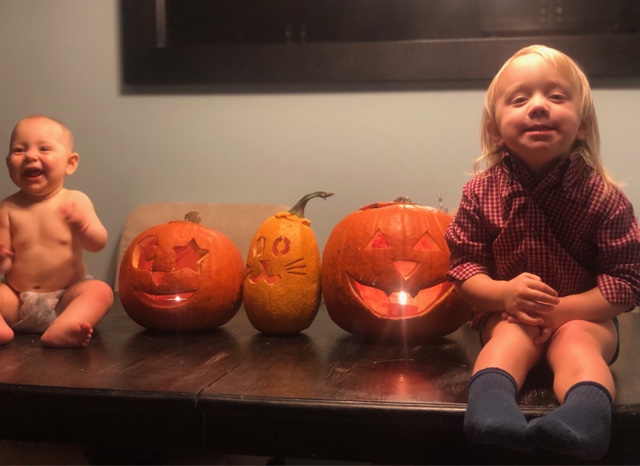