We continued to enjoy our room, the AC, the huge buffet breakfast as well as our late checkout.  I walked to the local police station to try and get a police statement for my stolen phone because obviously the manager at this dump of a hotel isn't doing anything.  I had to hop on a motorcycle behind a cop to go to a larger station but they only sent me onward to the Cyber Investigation Department at the main cop shop.  As if.  Cyber investigation?  All right, I'll play along.  I didn't have any money so I just went back to the hotel for the last couple of hours of absolute heaven.  Eventually we caught a taxi to the police headquarters and the two men who picked us up became our helpers.
At the police station- 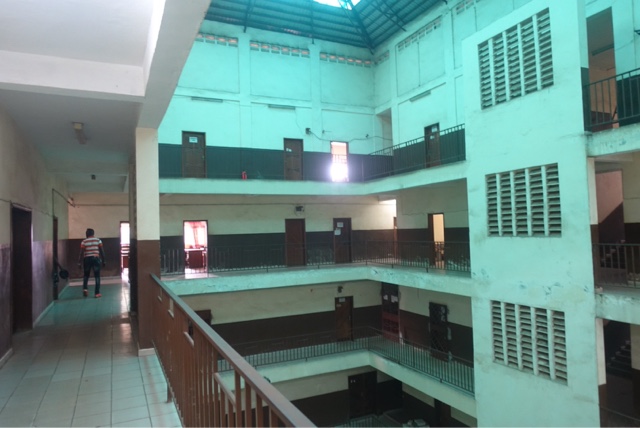 It is a multi floored building with few working police officers.  We were sent up to the third floor, room 43, then down to the second floor- 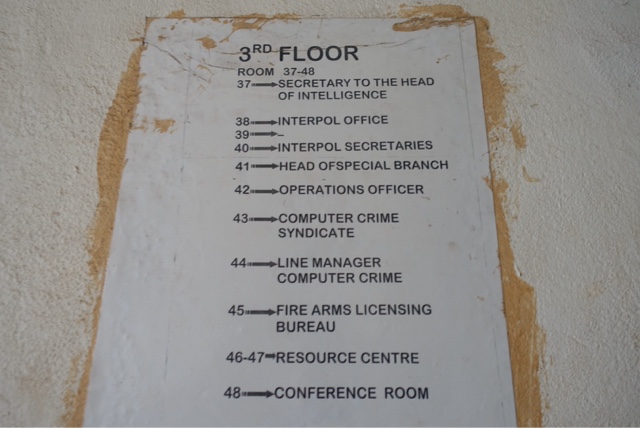 Finally, I was able to give a statement- 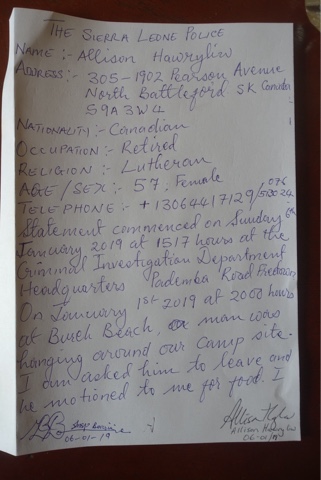 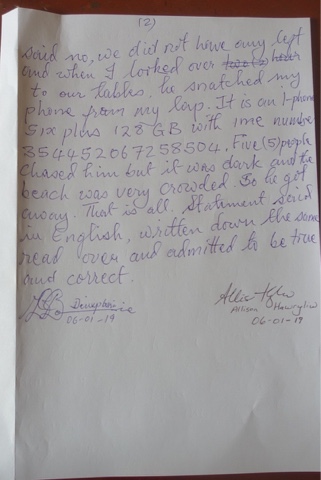 Michelle was my witness and she gave the same statement.  All I wanted was an official stamp on this letter for insurance purposes but no, that was not to be.  The person who types the statements won't be at work until tomorrow so....  That doesn't help me much because I can't come back in tomorrow; it's a two hour trip one way and I know they won't find my phone anyway.  First, the battery is shit so the thief won't give it enough time for the phone to even figure out it is charging.  Second, there is no SIM card in it but if they were to put one in, it also takes someone who really knows what they're doing to get it configured.  I spent more than 2 hours in the last Orange store trying to get connected.  Third, as soon as the phone is connected to wifi, everything will be erased, including the serial number and the phone will become untraceable.  All of this however did not matter to the Detective I was speaking to.  They are pretty confident they will find my phone and asked why it had taken me so long to report it.  I explained about the dumb ass manager at our hotel and that I was pretty sure he hadn't bothered to do anything about reporting it.  He was just hoping I would go away.  So, I asked that the Detective email me a copy of the typed statement but wouldn't you know it, he doesn't have an email account.  In fact, in the room where I was giving my statement, the only bit of technology was a color television showing the movie The Life of Jesus.  I am not lying.  So after giving our statements, we left, however we were soon called back to speak to the boss, who wasn't supposed to be there, and after some discussion, I was told I needed to go to a bank with 50,000 leones ($7.77}, get a receipt and bring it back before any processing would be done.  Well, it's Sunday so banks are closed but my two 'helpers' were quick to volunteer that they would go to the bank in the morning, come back with the receipt and email me the typed report.  Sure I thought but what choice did I have?  So, we went back to their car, I gave them the money and they took us to a drop off point so we could take mini vans back to Bureh Beach.  The roads were packed with people out for a celebration remembering the people killed January 6, 1998 and everyone seemed to be trying to get in a cab or minibus.  One van went by with five people in the front - five!  I'm not lying!  We were lucky enough to score the front seat in a van and as we were pulling away, one of our two new best friends placed a rosary around Michelle's neck and I thought - they are already asking for forgiveness.  Oh well.  We carried on for about 20 minutes until we got to Jui.  I had eaten an apple and went to drop the core out the window but an African with a blond dyed Afro glared at me and babbled something.  I got the jist- don't throw your core!  Fine.  I was thinking that at least my apple core is going to disintegrate - not like the million pounds of plastic laying everywhere.  So, in the van, they told me to drop the core on the floor but then the money collector took it and threw it outside.  Well the blond afro man became unglued and a verbal altercation ensued.  Michelle and I got the hell out of there.  On the nearby next highway, we decided to stand in front of the intersection to get a jump on the thousand or so people trying to hail a bus/cab.  Soon we had a ride and were on our way back to the beach.  But, we had been warned that today/tonight would be a crazy night and they weren't kidding.  Traffic was backed up on our highway- 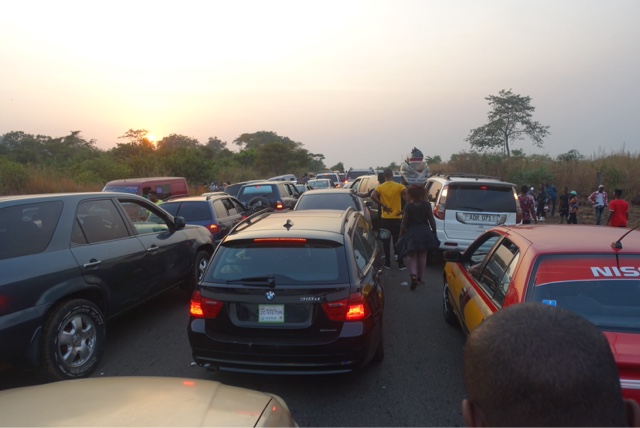 And people were everywhere.  We were supposed to buy a wrist band to get in to the party but we just walked past and said we were staying there.  No problem- 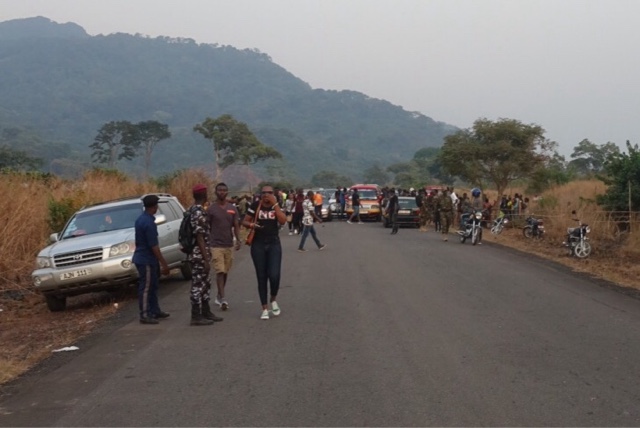 They were parking in the ditches- 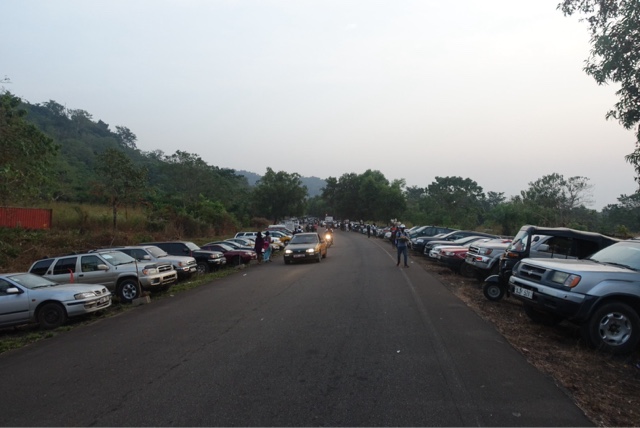 And selling drinks and food along the way- 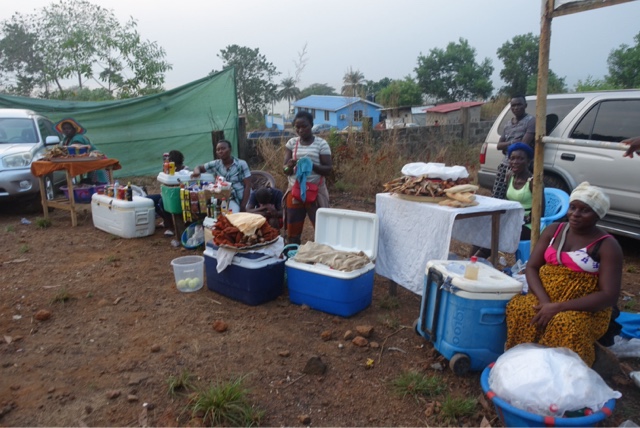 Once at the campsite, the beach was packed- 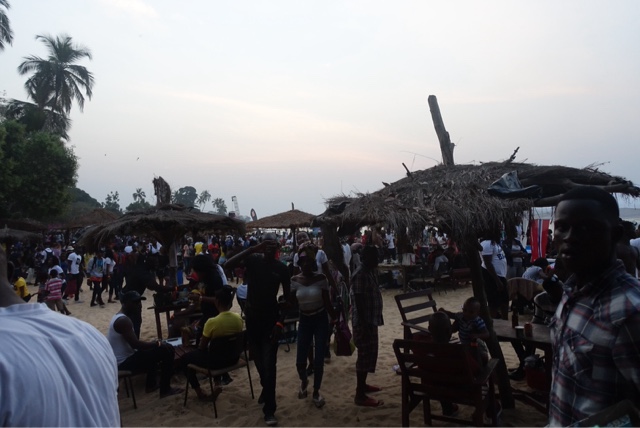 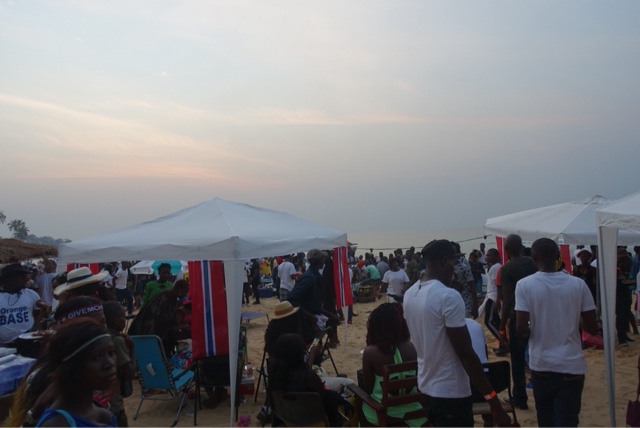 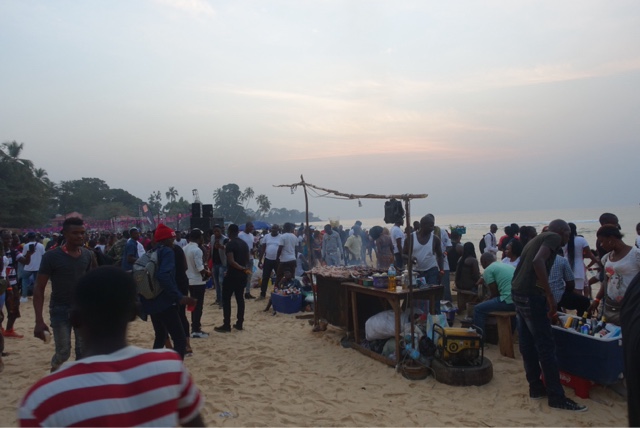 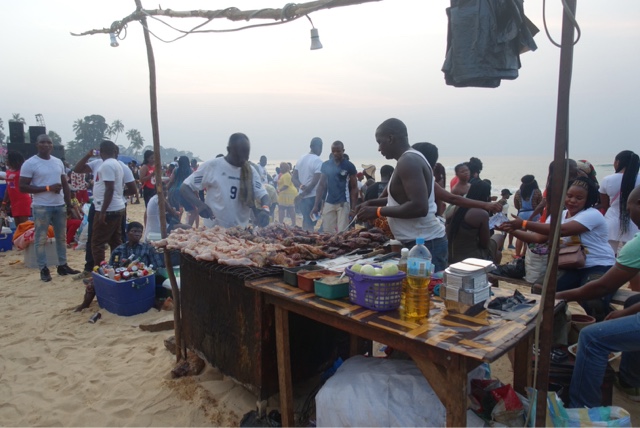 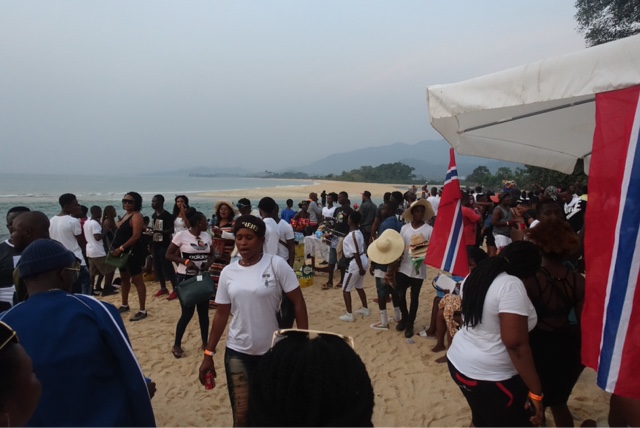 By nightfall, the beach had filled up and was absolutely packed.  I kept my gadgets close to me all night and will sleep with them.  We walked around and people were selling drinks, dancing, smoking pot and playing a game like roulette.  Tomorrow, we have a truck clean at 10 am, then hopefully Will will get to the campsite early in the afternoon so we can take off.  We have been here long enough and I wish we had already left!
at January 08, 2019