Going was a lot slower than we hoped.  Roads were rough and we had to wait for the ferry to cross this river.  The EU is funding a new bridge and highway that's not ready but apparently the bridge will open in 3 months.  I didn't think we could cross on this little boat- 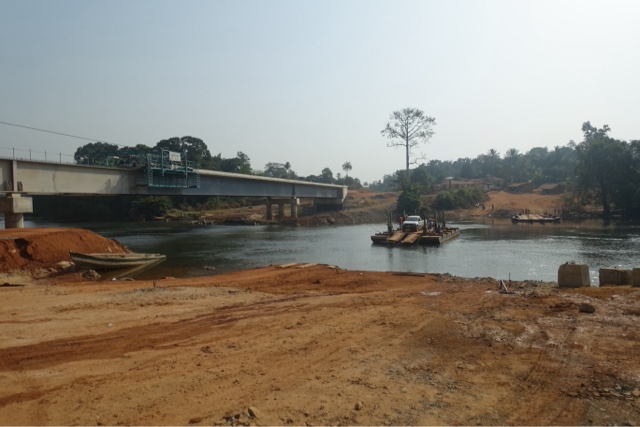 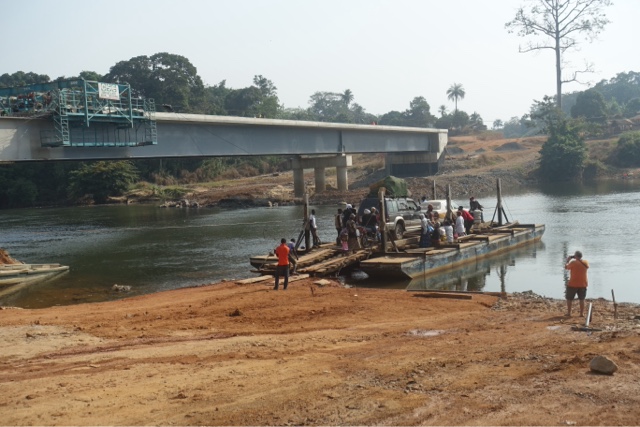 And I was right!  Luckily, there was a construction ferry that we were allowed on "when the boss had time" which really meant when there was room.  We carried on through jungle and red roads- 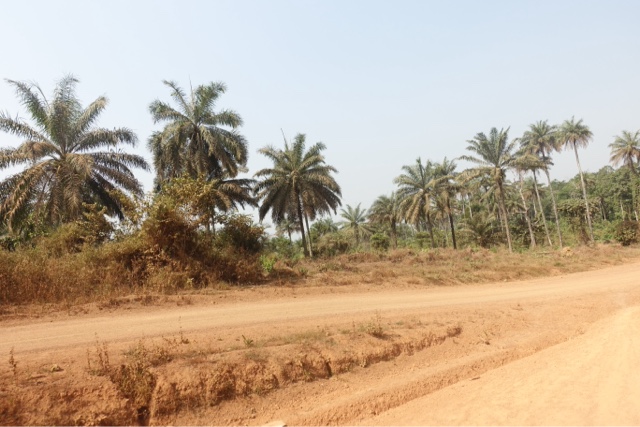 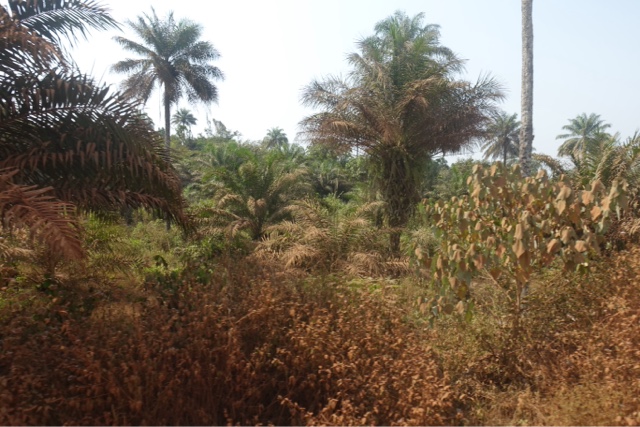 Driving through Zimmi, which became our lunch stop, I noticed a shop that I thought was selling wall hangings.  Once there, I found it was a tailoring school.  They use treadle machines and you chose your fabric and design and they make it to fit in a couple of hours- 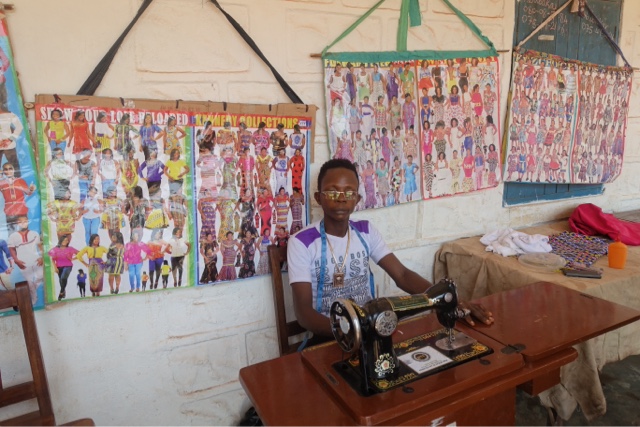 I had eaten lunch at the ferry so found the only place in town for a cool, not cold beer- 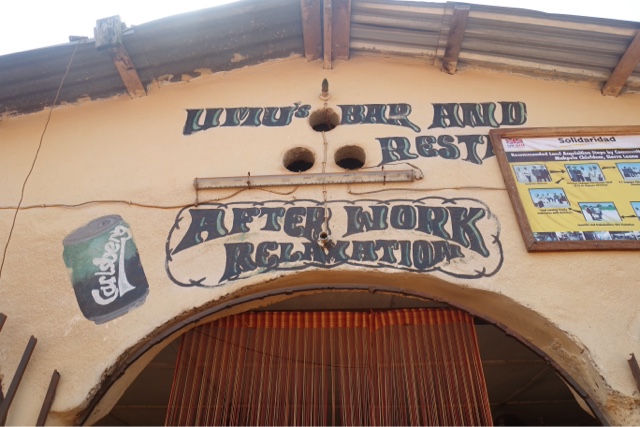 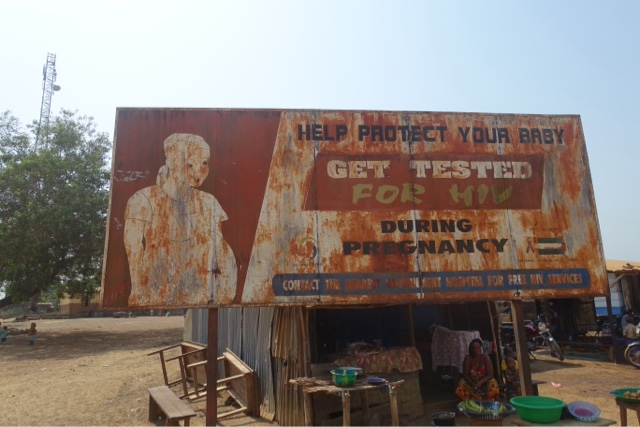 What a great idea, but I don't think it's working- 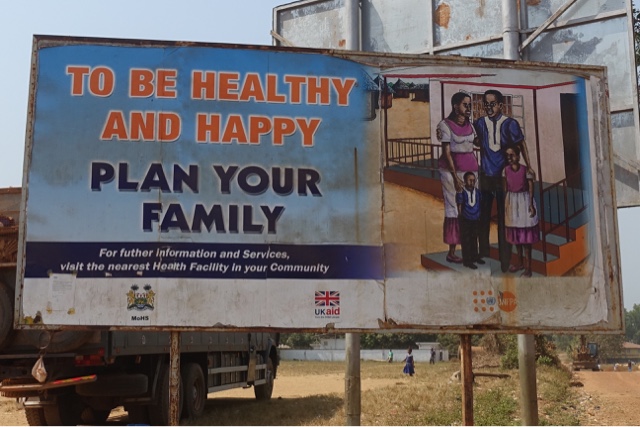 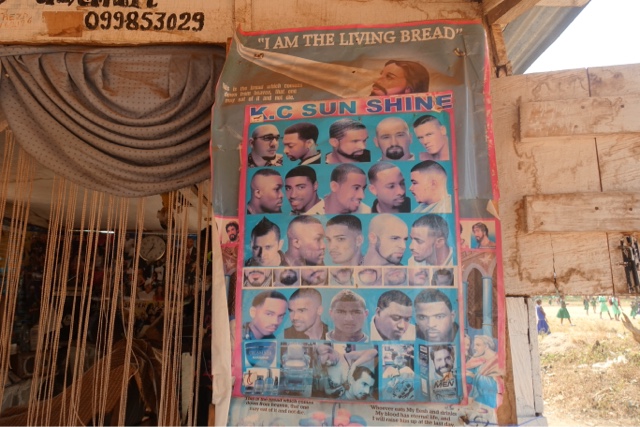 He's hard at work wearing headphones.  I guess he doesn't like the small talk- 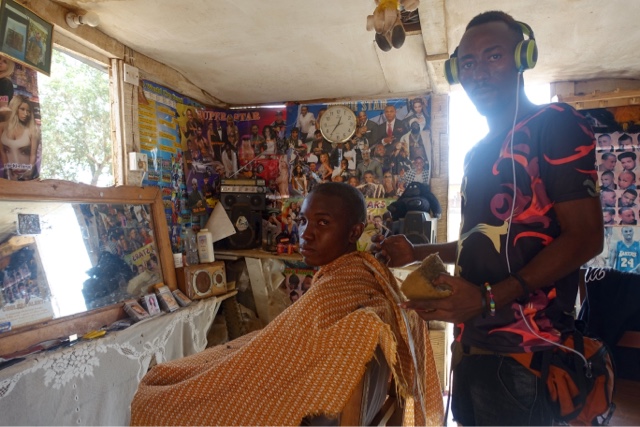 Back at the truck quite a crowd had gathered including a woman selling ice, something we are always looking for.  As she was digging it out of her cooler, the mob of kids stole everything from her- 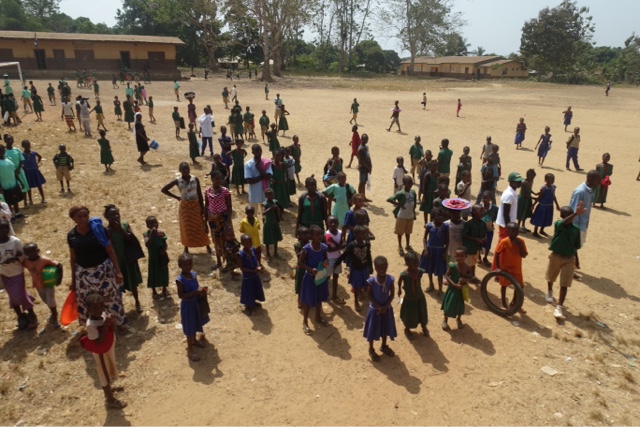 Assholes!  We gave her some money to help her out.
Carrying on, more rough red roads and jungle- 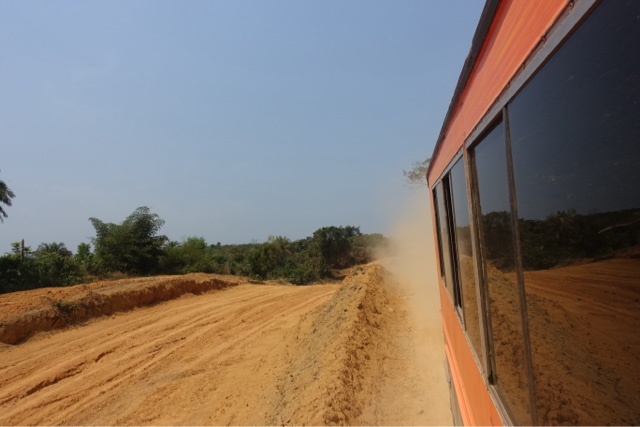 Eventually we arrived at the Sierra Leone border which was pretty easy.  We could see pavement in our future!  Once in Liberia, we had to show our passport a couple of times while they checked that we looked like our photo.  Then, the waiting began.  I got a SIM card that I hope someday will work and checked out the food booths.  While I was gone, Brad apparently came by to collect our yellow fever cards but they didn't get mine and it didn't seem to matter.  Such a bunch of BS!   Meanwhile, Will, who has 2 passports, did not get both stamped at the Sierra Leone border, so he had to hop on a motorbike and go back, leaving his yellow fever certificate at the Liberian border.  He had to pay a fine for not having it and then, he had to buy another visa to enter Sierra Leone to get his passport stamped!  They had tried to get a bribe out of all of us when we were there but they didn't succeed so this time around, they were going to make sure they cashed in!  It cost him $100 U.S. which was kind of fitting because Liberia is his 100th country!
We left the border at dusk and quickly found an awesome bushcamp.  Tomorrow we're off to Robertsport for the weekend on what is promising to be good roads!
at January 13, 2019