The low rise, off white colored city of Amman- 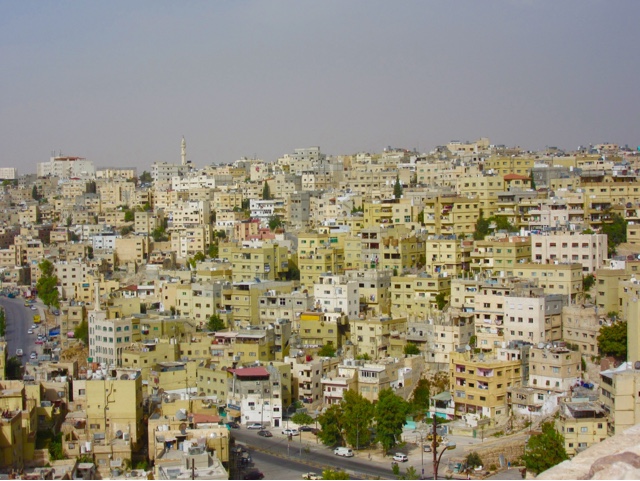 In the Old Testament, Amman is called Rabbath and apparently King David burned many people alive in a brick kiln!  Nasty guy!  Later, it became known as Philadelphia, after the Ptolemy ruler Philadelphus (283-246 BC).  Herod took over in 30 BC and it became part of the Roman Empire.  During this time, the Temple to Hercules was built from 161-166 AD.  Hercules was the son of Zeus and known for his physical strength- 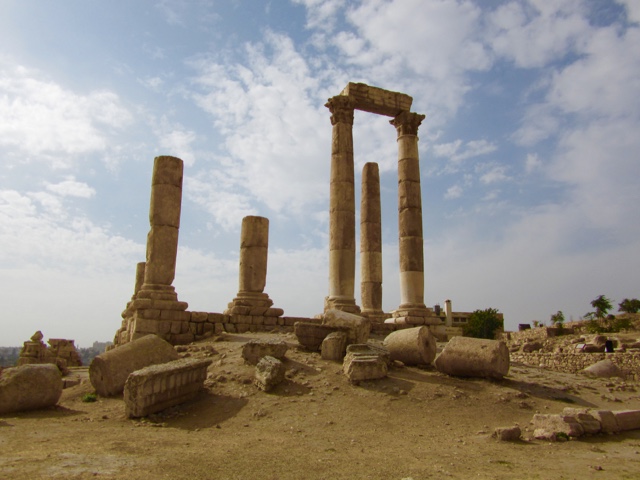 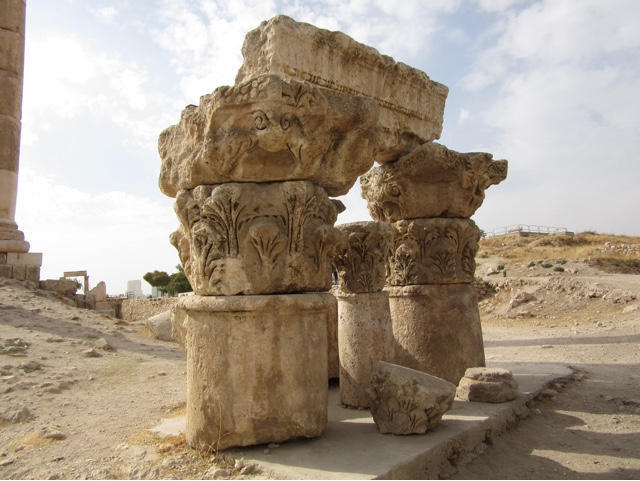 The hand fragment belonged to a colossal statue measuring at least 13 meters high.  The other fragments are from who knows what- 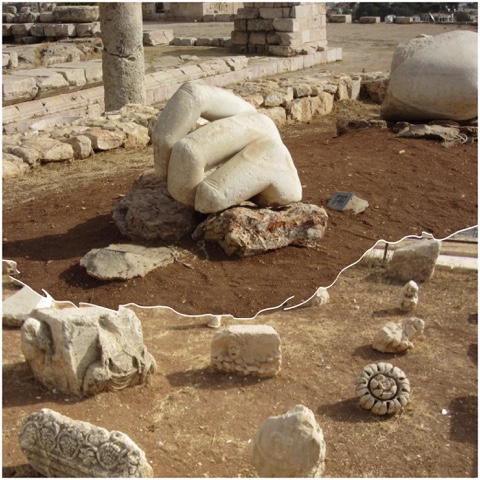 The audience hall to the Umayyad Palace is from 720 AD.  The dome is new but archaeologists think it's accurate- 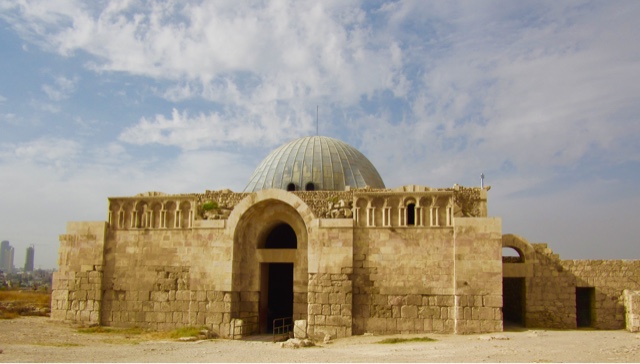 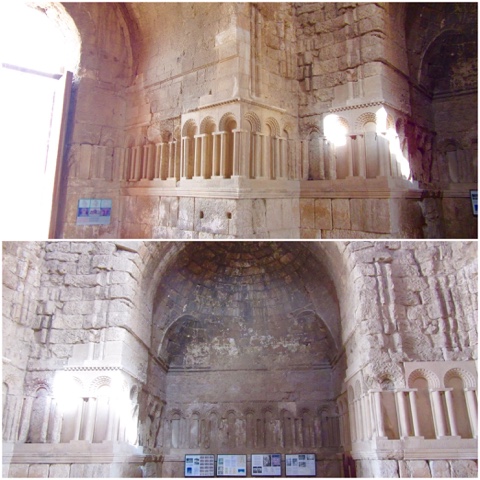 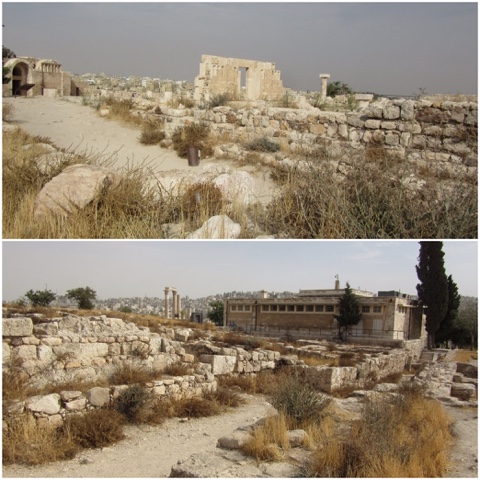 The Roman Theatre is from Roman Philadelphia.  It seats 6000 people and was built during the reign of Antoniinus Pius (138-161 AD) - 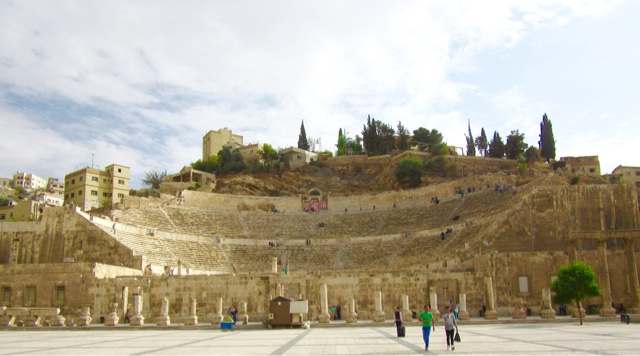 These columns, 190 AD, were part of the Forum which is a public square.  They think the Forum would have been 100m by 50m.  Most of it is still buried beneath the street- 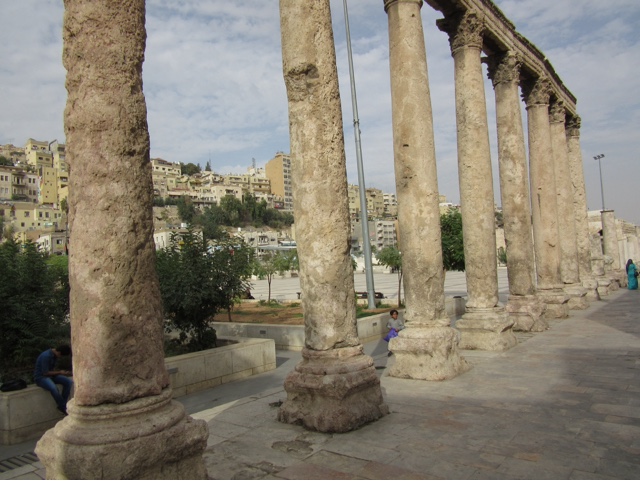 Lunch was at the famous Hashem Restaurant.  What else could one ask for besides humus, fresh and soft pita bread, falafel and Jordan's version of baklava?  Everything was really good, except the baklava had a layer similar to pie crust inside, which I don't like as much as just all phyllo- 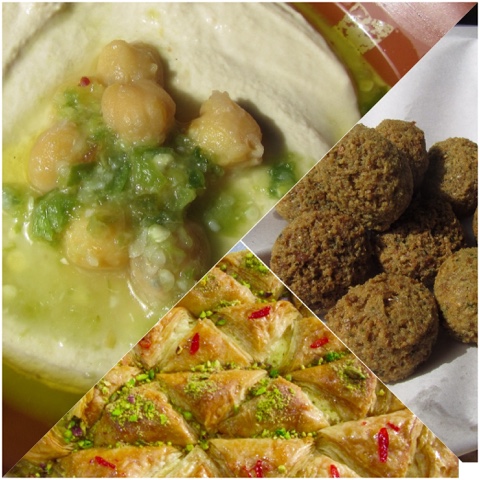 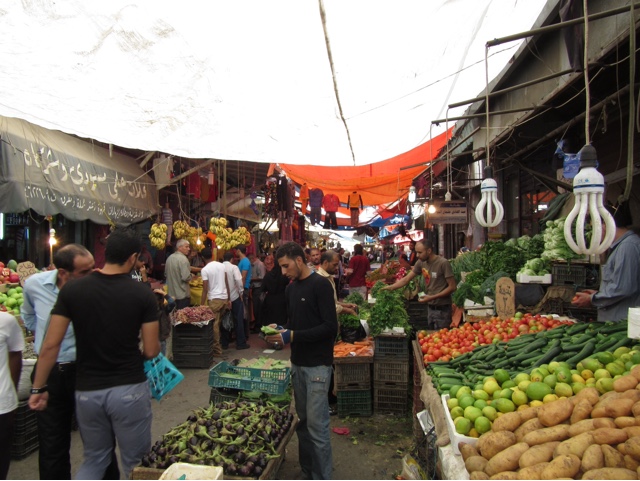 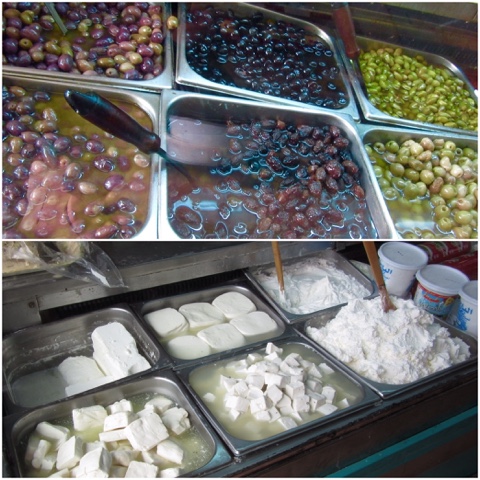 I watched a man make a sand scene.  It took him about 10 minutes- 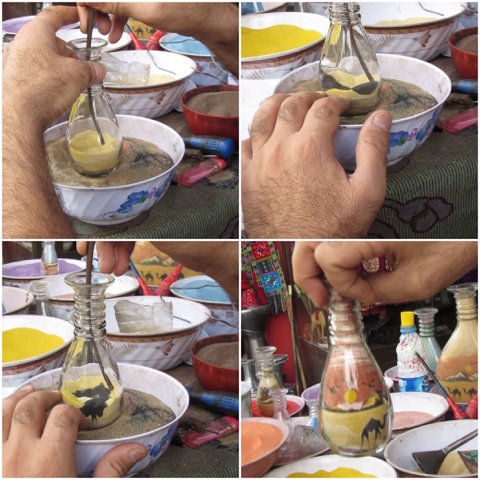 Jordan's version of 'tea to go".  This man was just walking down the sidewalk, serving tea- 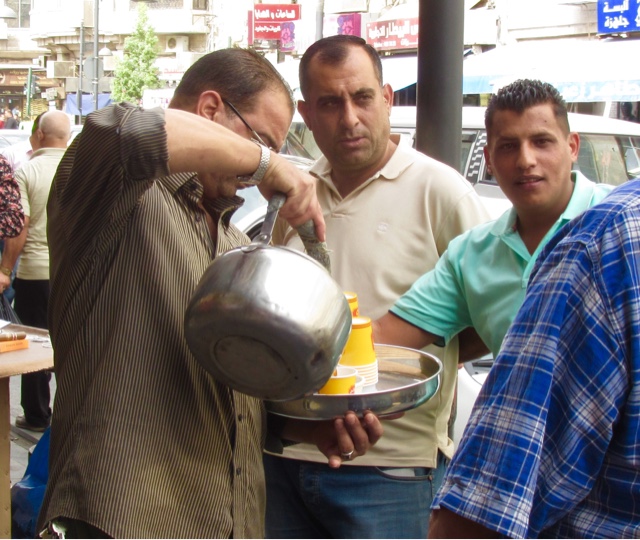 Traditionnal Jordanian dress.  I'm glad I don't have to wear this- 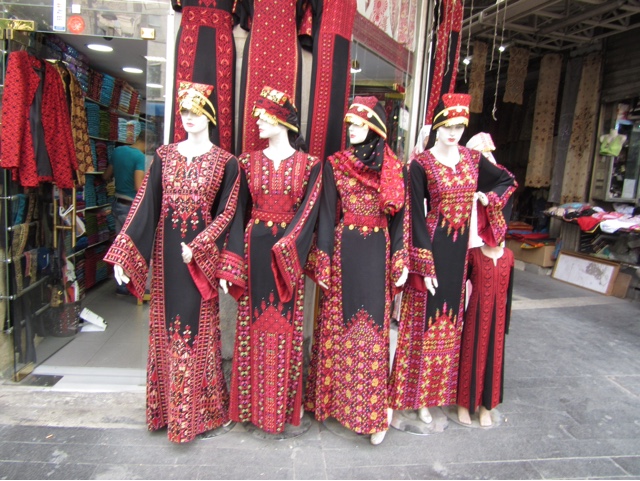