Yesterday was a write off.  I hardly slept during the night -  I think espresso martinis at 1:30 am might do that!  So, I slept most of the day.  I didn't make it to Abu Dhabi but that was okay.  It was 41 degrees there so I didn't mind!
The United Arab Emirates were formed in 1971 when 7 separate emirates (states) joined together.  Dubai and Abu Dhabi are just 2 of the 7.
This flag pole is 120 meters high. The U.A.E. flag has four colors: red- power, green-prosperity, white-peace and black-oil (even though it is only 7% of the GDP).  There are 7 pearls along the bottom representing the 7 Emirates.

Gasoline is one of the only things that is very cheap- 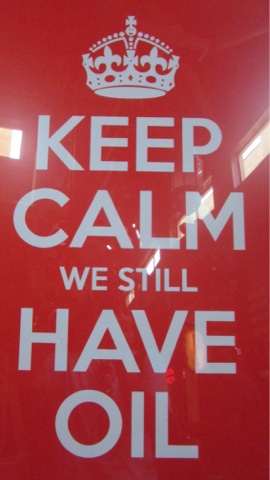 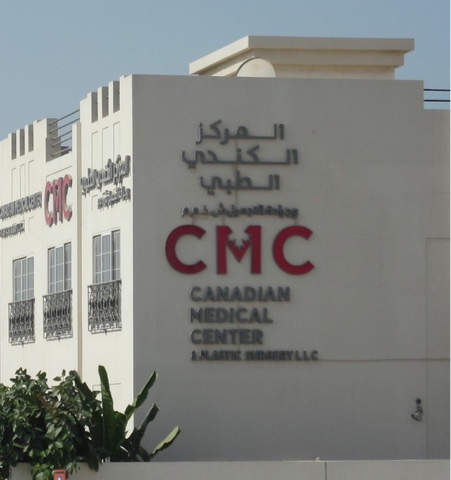 Public transportation is excellent.  At 75 km long, the metro is the longest fully automated in the world.  Bus stops are air conditioned!  They are a true blessing after walking a few blocks in this heat! 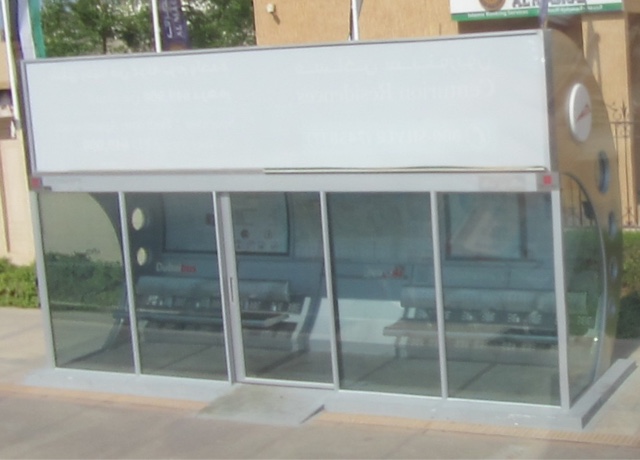 I bought a two day Hop On / Hop Off bus pass.  Burj Al Arab is a 7, repeat SEVEN star hotel and the most luxurious hotel in the world.  There are 202 duplex rooms with discreet check in on every floor, 9 restaurants, a private beach and 4 swimming pools.  It is built on an artificial island.  It was built to mimic a sail on a sailboat.  There is a helicopter landing pad close to the top- 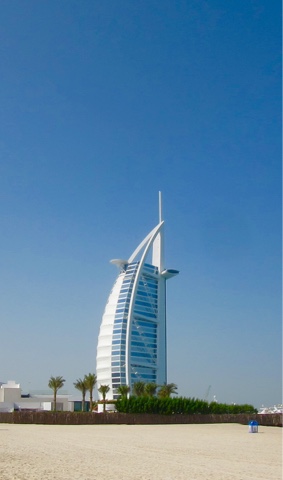 It would be a dream job to be an architect.  The sky is the limit and whatever one could imagine, one could build- 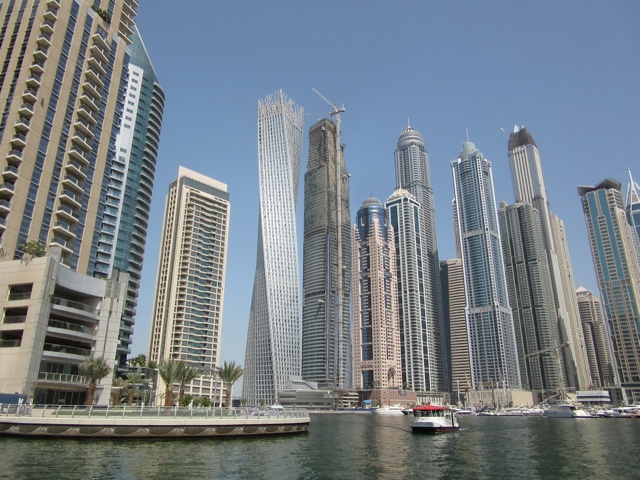 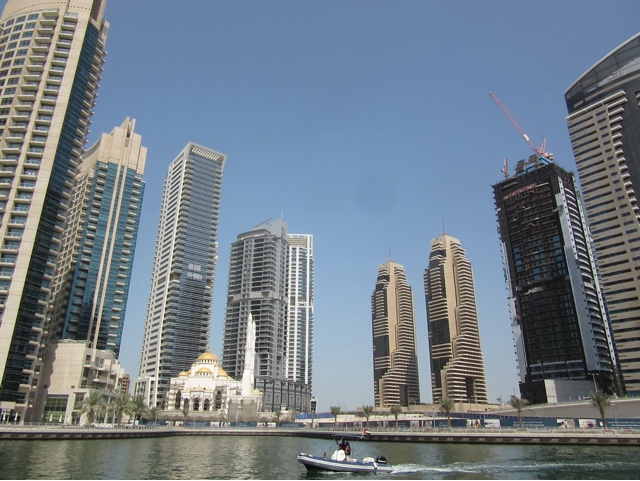 The Palm Jumeirah Island is the world's largest man made island consisting of a tree trunk, a crown with 16 fronds, and a surrounding crescent island that forms an 11 kilometer-long breakwater. The island itself is five kilometers by five kilometers. It adds 78 kilometers to the Dubai coastline.  It was started in 2001 and the first residences opened in 2006.  There are 20 apartment complexes on blocks named after different kinds of palm trees-

The Atlantis Hotel, on Palm Island, has 1539 rooms as well as an aquarium and many restaurants- 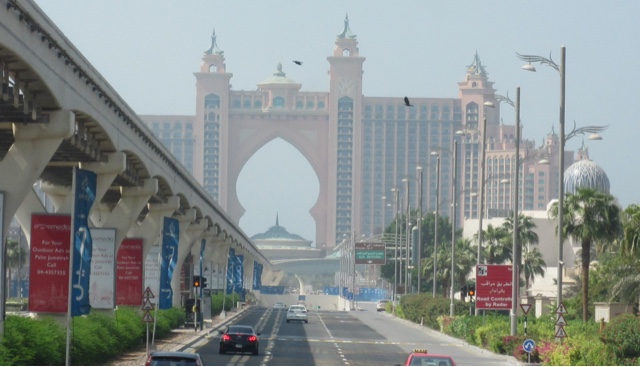 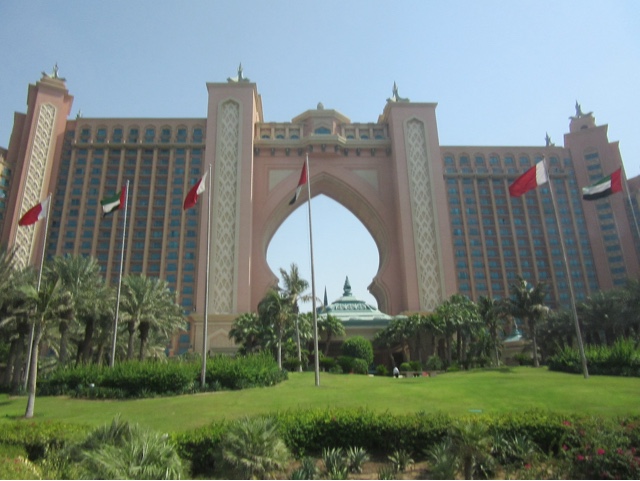 Some of the beautiful fish in the aquarium in the Atlantis include sweetlips, rabbitfish and tang- 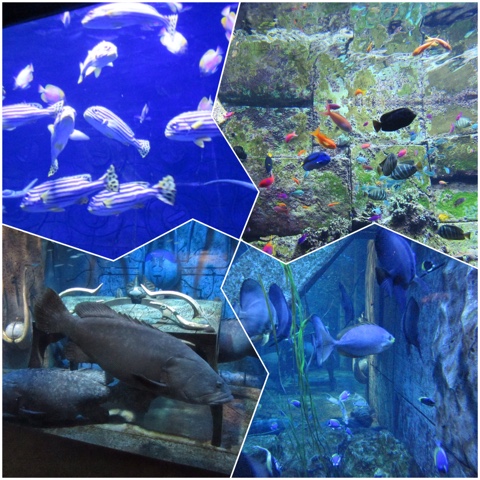 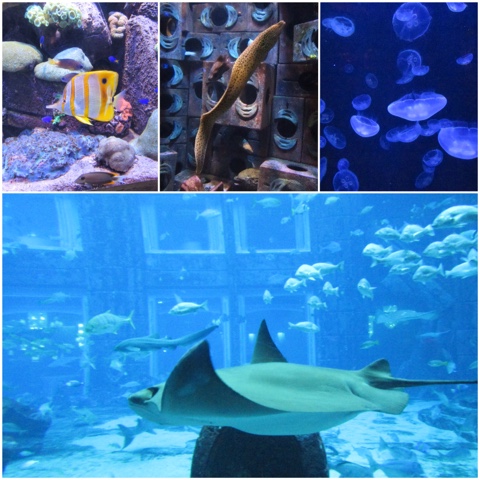 The Dubai Eye is in the construction phase on Blue Island.  When completed, it will be the world's tallest ferris wheel at 210 meters- 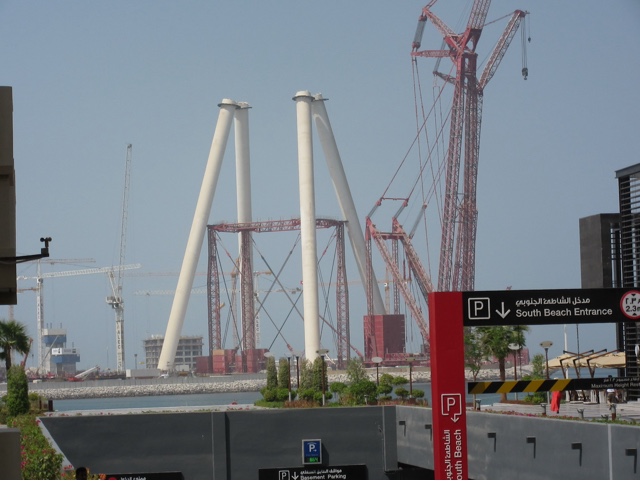 Colorful hookahs and lamps are everywhere- 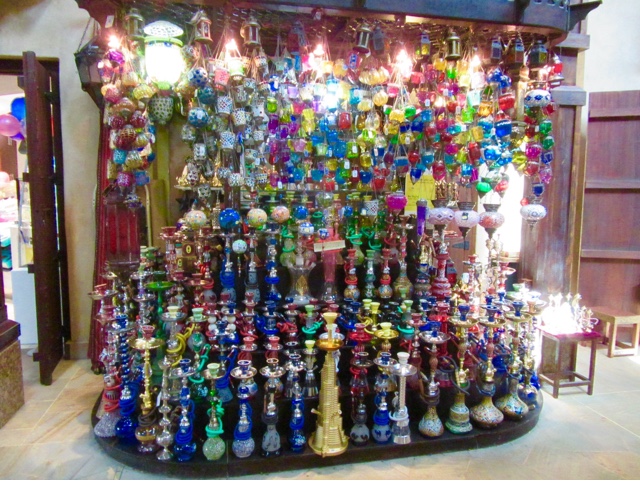 The Emirates Mall has 560 shops, 14 cinemas and a REAL SNOW ski hill!  Can you believe it?  They have skis and boots as well as clothing for rent- 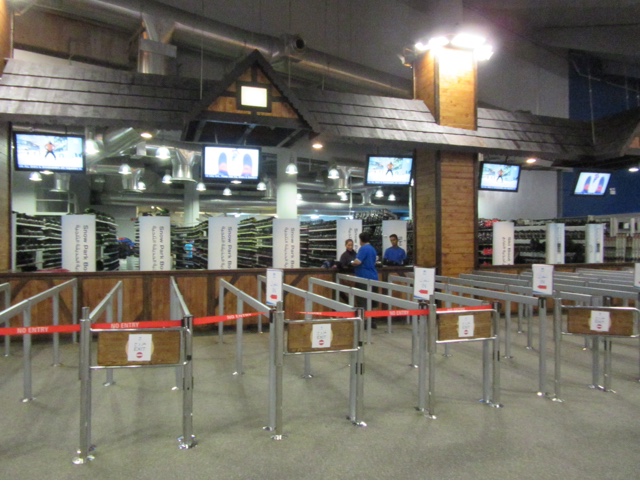 It costs $71 to ski for 2 hours which includes all equipment except hats and gloves.  There are 5 runs with an elevation of 85 meters and 80 to 400 meters long as well as a quad chair.  1500 guests can ski at one time- 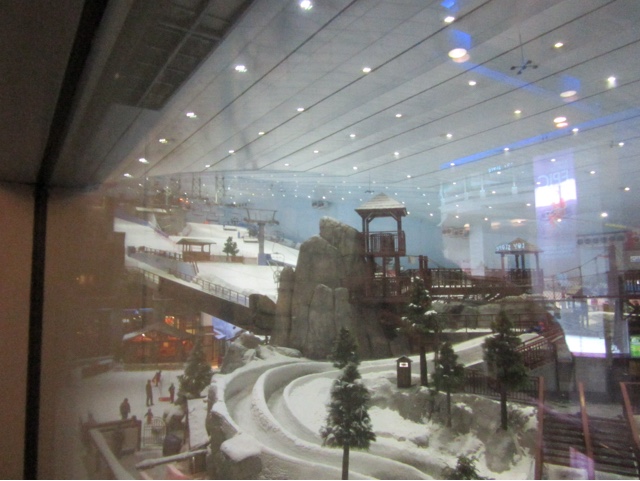 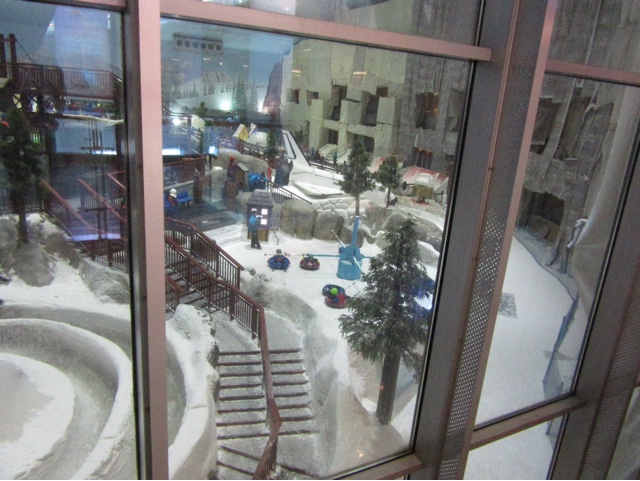 With a moto like this, who can go wrong-

Burj Khalifa is the tallest building in the world at 828 meters.  It's built around a central core with tiers that form 27 terraces until the central core emerges at the top in a spire.  There are 163 floors (the most in the world) with another 46 levels in the spire.  There are 57 elevators, the highest mosque and swimming pool in the world and the highest and fastest elevators (80m/sec).  It's mainly a residential building with the Armani Hotel in the lower levels. 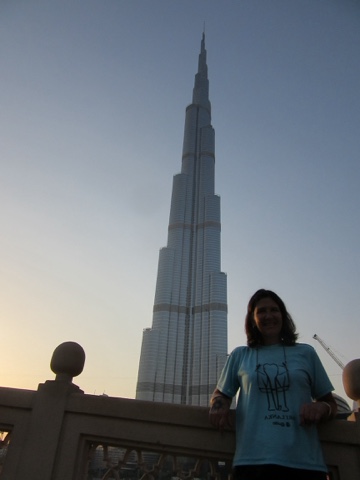 Viewing is from the 124th floor which is 452 meters.  The only hint I was in an elevator was the feeling in my ears as we ascended and descended.
The view is fabulous.  The roof of the Dubai Mall is on the left side.  The water is home to a beautiful fountain show- 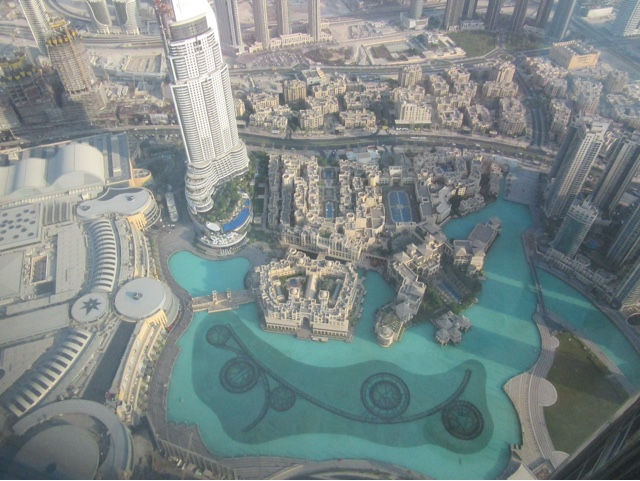 The fountains dance to music every hour starting at 6 pm and of course they are the world's largest.  Are you sensing a theme here yet?  The Burj Lake is 12 hectares and the fountains are spread out 274 meters (900 feet).  They shoot up 152 meters (500 feet) and 6600 lights help to create the special effects.  83,279 litres (22,000 gallons) of water is projected into the air.  They were developed by the same team that created the fountains at the Bellagio and cost $218 million to build. 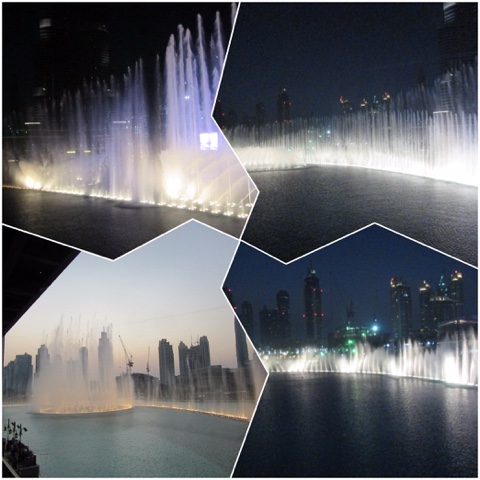 Dubai is a long, skinny city surrounded by sand and more sand. 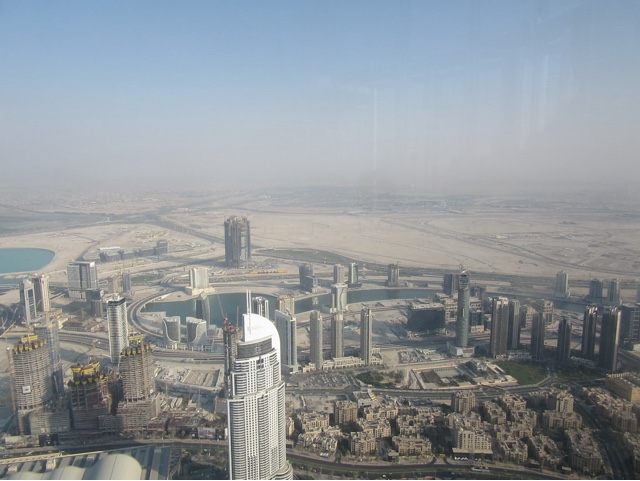 Ellen's apartment is in the bottom centre of this picture.  It is in a great location, close to the Dubai Mall, Burj Khalifa and many restaurants- 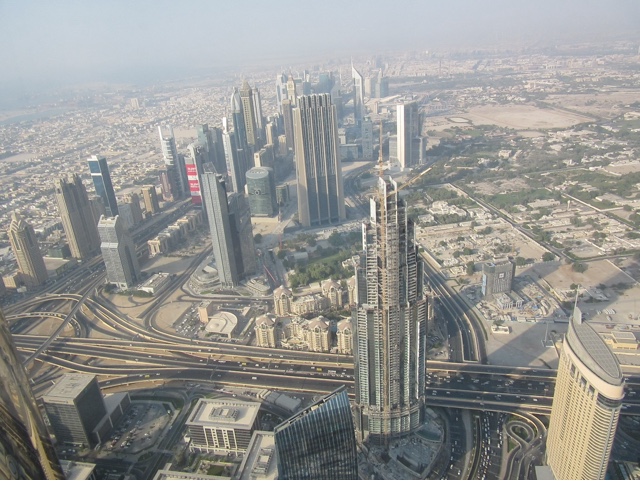 The freeway system is superb- 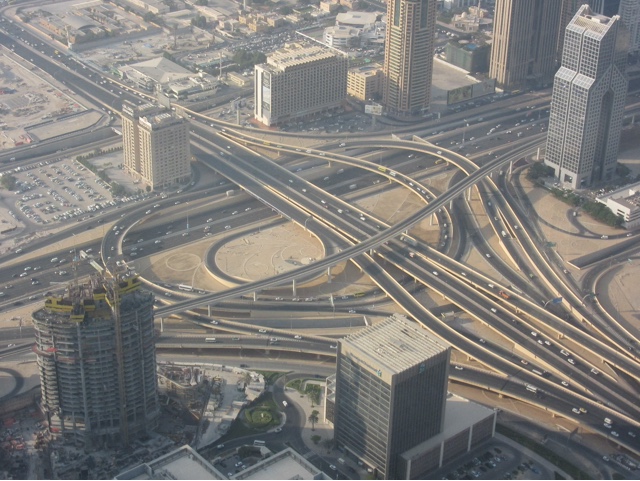 Construction is crazy; there are hundreds of cranes as they prepare for Expo 2020.  Over 25 million visitors are expected.
Supper was tabbouleh, hummus and a grilled platter of lamb, chicken and fish- 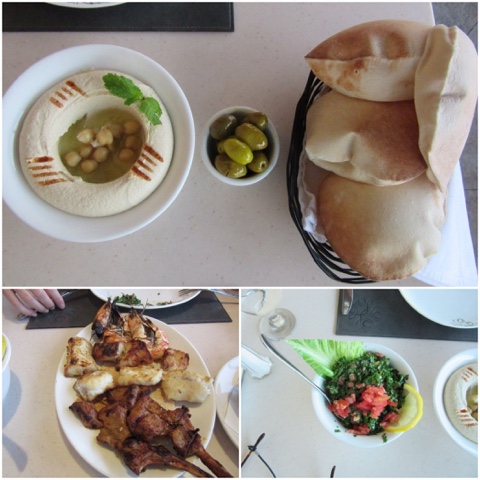