I wonder what this type of windshield and roof would look like on my Harley?  Some people spend many hours a day on their motorcycle so the roof protects from the hot sun- 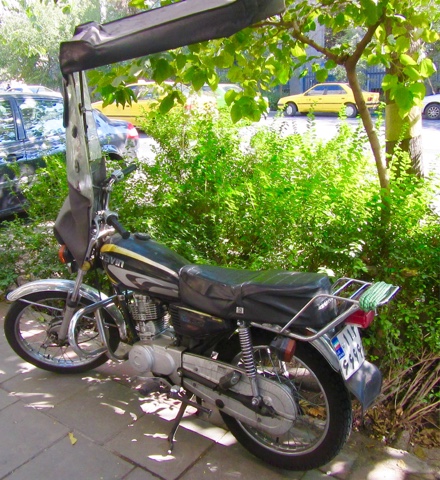 The Ebrat Museum was once a prison (1972-1979) of the Shah's nasty secret police set up to crush the freedom fighters whose goals were to gain independence, freedom and establish a government with justice for all.  Former prisoners are the tour guides and their English is limited, however, the videos and some of the wall displays are in English.  74 different methods of torture were used on men and women alike.  It's ironic to have such a place open to the public because the current government apparently sees nothing wrong with torture.  While reading my map trying to find the place, a university professor stopped to ask if he could help.  He led me to the Ebrat but told me it was an aritificial place but that I should still see it.  He was a prof of international relations and wished the government would open its borders.
Pictures weren't allowed but.....the waxwork dummies are pretty life like- 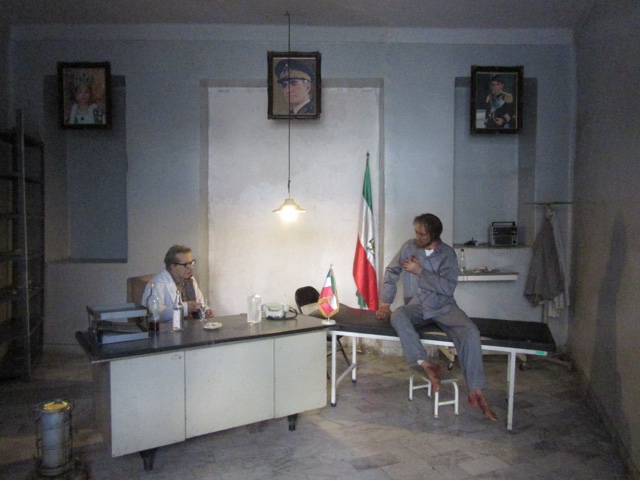 and Ayatollah Khomeini spent a fair bit of time here- 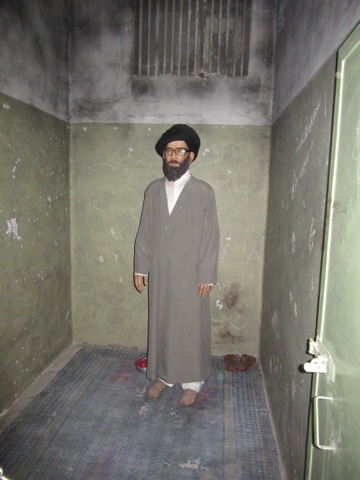 The first time he was arrested, it was for disclosing cruel practices of Pahlavi's regime.  Once released, he continued educating the public and was arrested again, only to be placed in solitary confinement and tortured.  The third time was because of his many youthful followers listening to his teachings on the Koran and Islamic thoughts.  His goal was to fight injustice and tyranny.  He said "Unless you are faced with such brutal and vicious circumstances, you will not have any true and deep understanding of those hardships and difficulties".  He was arrested 7 times and tortured severely but carried on with his message until finally the government was overthrown and he eventually became the supreme spiritual leader of the Islamic Republic of Iran.
The gate to the Parade Grounds is gorgeous.  Different styles of architecture are displayed in numerous museums and buildings in the area.  It's an historical condensed texture of Tehran- 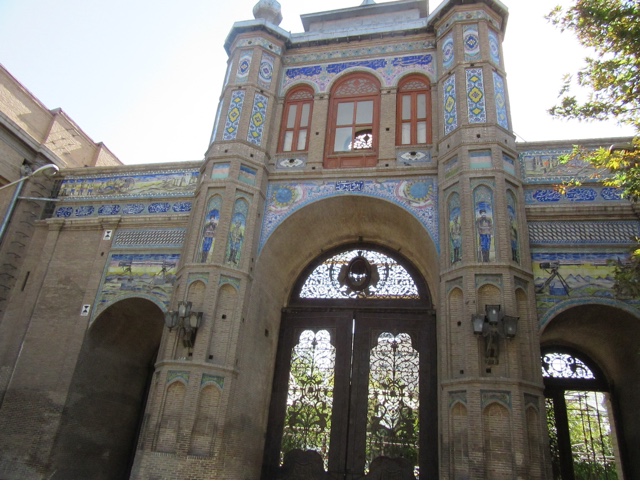 The Grand Bazar is a gigantic maze of bustling alleys- 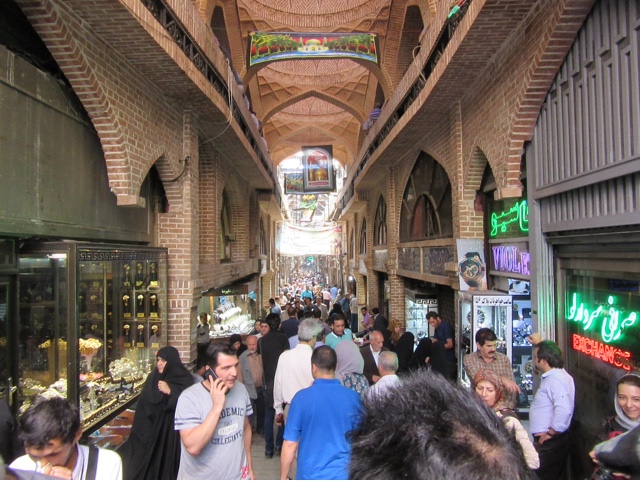 Anything can be found from gold- 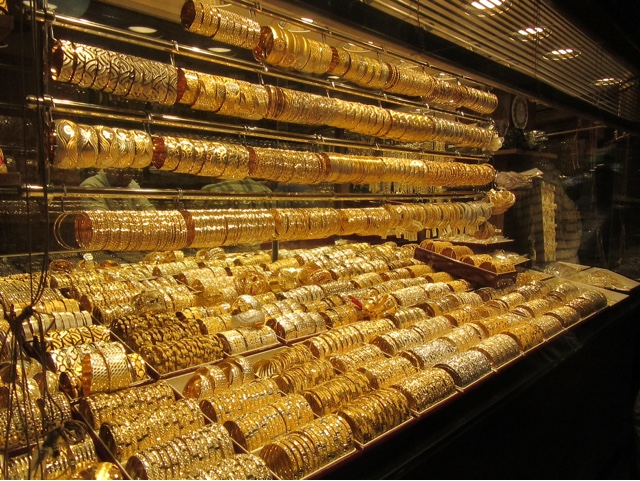 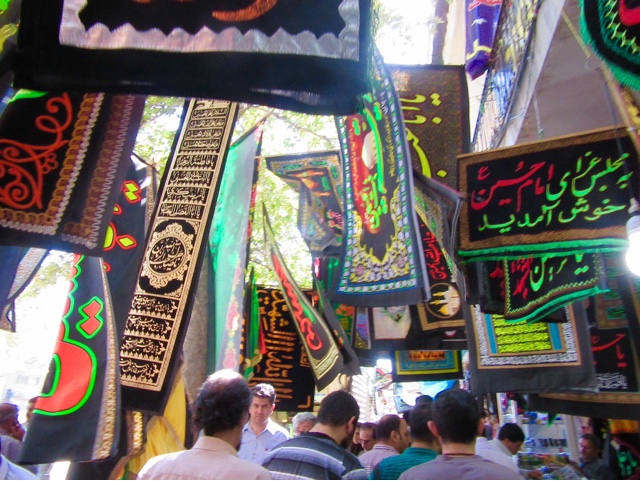 These shops are selling something pretty interesting- 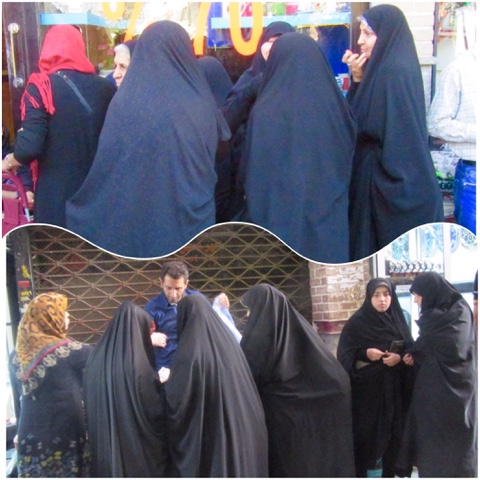 There are a lot of juice stands - carrot, cucumber and other fruits.  Juiced melon is quite refreshing- 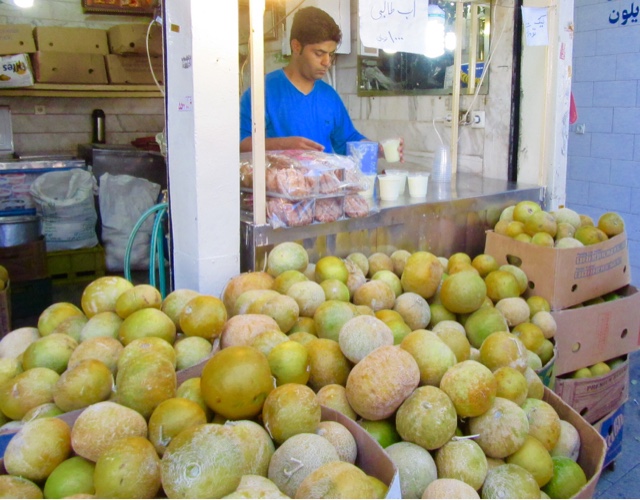 Lunch was a beef kebob and coke zero, in Arabic- 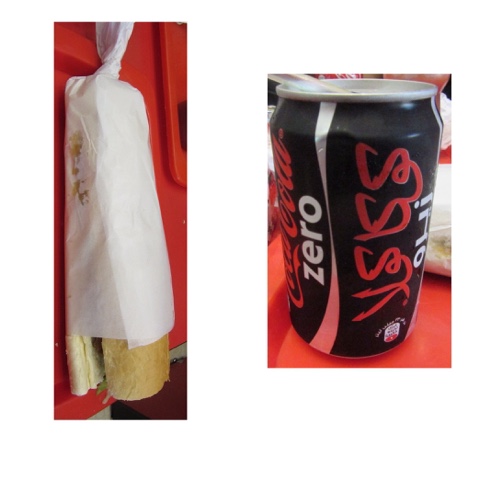 Traffic is mental and there are few traffic lights and fewer accidents.  Everyone just keeps moving and dodging and honking.  Crosswalks mean nothing and it is common to cross each lane of traffic individually, waiting for whizzing cars to pass before venturing across the next lane- 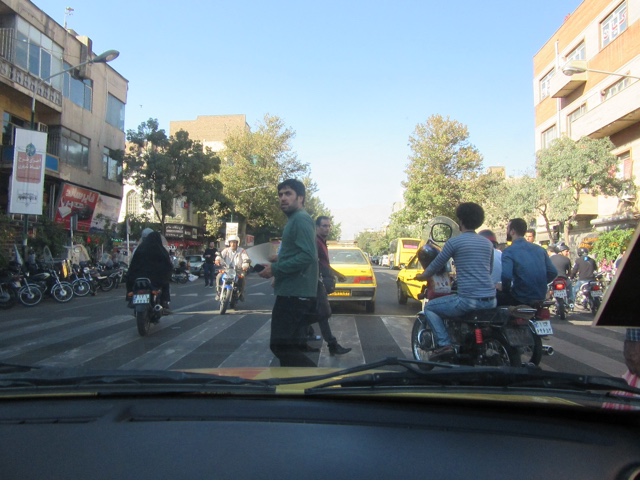 While walking home, I was invited into a shop for tea.  Even though none of the three men could speak much English, they wanted to know about me and searched without success on the map to show me where we were.  Their worlds are their street, their shops and their families.  They seem content and extremely friendly.
The WC door sign is very Iranian.  That's exactly what we all look like! 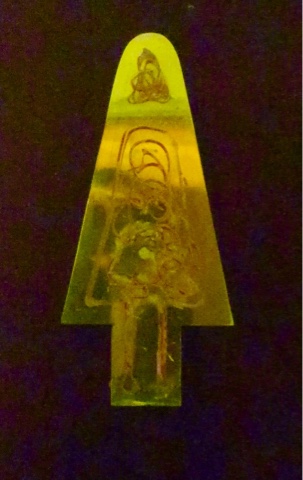 Gas is cheap, only 43 cents/litre- 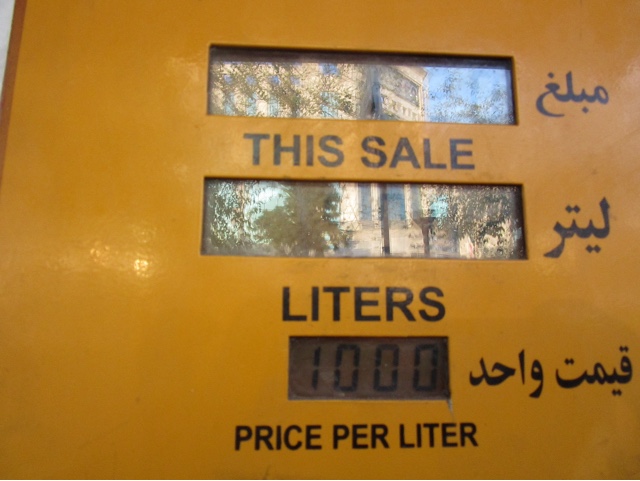