Things were different the moment we were called to board the plane.  There was no rhyme nor reason to the boarding procedure and the people were pushing and cutting in line.  I wasn't in a hurry but was amazed at their behavior.  Once on the plane, I found myself sitting beside two lovely women, sisters now living in Boston and Texas who were going home to Iran to probate their father's will.  They gave me a lot of useful information about their native land and their story is interesting.  They left Tehran in the 1970s around the age of 12 for London where they went to private school.  They have rarely returned to Iran and are only now here for a couple of weeks.  When we got off the plane on the tarmack to be bused to the terminal, there was a driver waiting for them at the foot of the stairs and they were whisked away, without having to clear customs or worry about their luggage.  Not sure who they were exactly but someone had money.  Towards the end of the flight, the gentleman across the aisle from me began speaking to them.  The three of them had remarked how few Iranians were on board - mostly Aghgans - they have sunken eyes, speak a different dialect and have no respect for women, hence the pushing at boarding.  When we deplaned, Mehvdad, who had been in Dubai for work (he works for Apple and could hardly carry his shopping bags) volunteered to drive me to my hotel.  I was a bit skeptical but accepted.  After walking with the crowds at 3 am to the parking, he pulled up in his large Mercedes sedan and we were off, flying along the road.  What typically takes a cab 90 minutes, took us 35.  Meanwhile, he called his wife Sara who teaches English and I spoke to her.  She invited me for supper tomorrow night.  I'm quite looking forward to it.
I spent most of the day sleeping and once I was up, I spent the rest of it feeling like I was getting ripped off.  First, I only had a reservation for one night, but arriving at 4 am constitutes a second night.  They put me in my reserved room, which is a double, even though it could have been a single so I paid an extra million for that.
The view from my hotel room is...... Tehran! 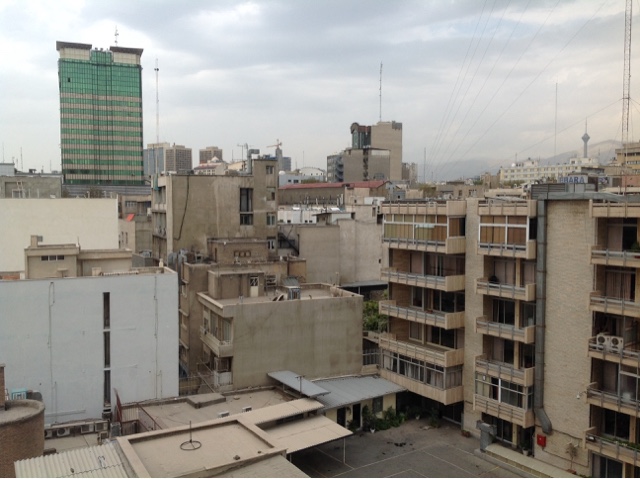 Here's what I think of that! 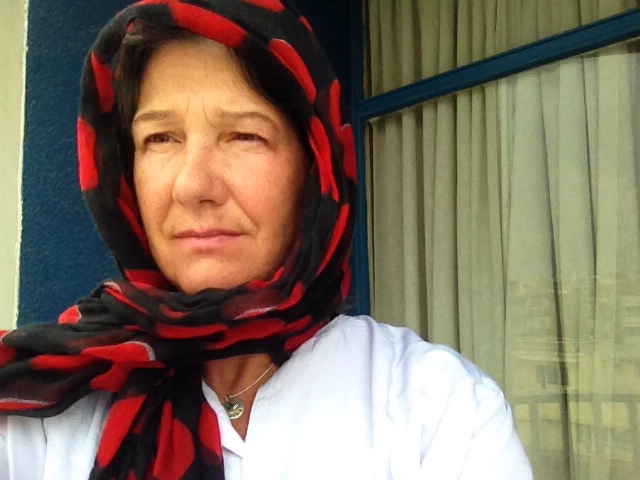 Kind of look like an old Iranian woman don't I and I've only been here half a day!
Then, I decided that looking like this- 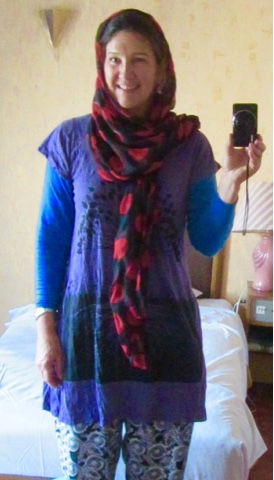 is truly not acceptable, even for me, so I went shopping.  I walked a bit, then got a ride to a clothing shop for 10,000 rial or 44 cents.  Entertainment came with that ride as the driver hit a garbage man with the front right side of the hood of the car.  The poor guy rolled up on the hood, almost to the windshield then went flying forward onto the pavement.  Luckily he wasn't hurt and got back on the garbage truck and away he went.  However, the driver was pretty shaken up and kept kissing his victim on the cheek. It had rained so the pavement was slippery and the car skidded when the driver hit the brakes but he had been driving like a maniac.
I bought a manteau for 390,000 rial or $17.00 and they wanted the same for a scarf.  First they gave me one price and then when I added it up for them.... I mean, numbers are numbers aren't they?  However, here, they seem quite magical because they don't use all the zeros when they speak.  They said the scarf was 45,000 but when it came time to pay, it was 450,000 because the 45,000 was in a different currency.  I think they were trying to rip me off, but I fooled them.  I didn't buy the scarf!
So now, this is how I look- 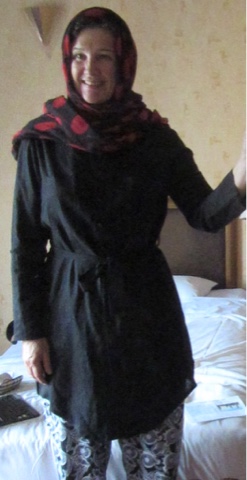 I have another outfit to wear but I'll save a picture of that for later!
I took a taxi to my new Iranian friend's house for supper.  Sara and Mehvdad are very hospitable and it was wonderful to spend the evening with them- 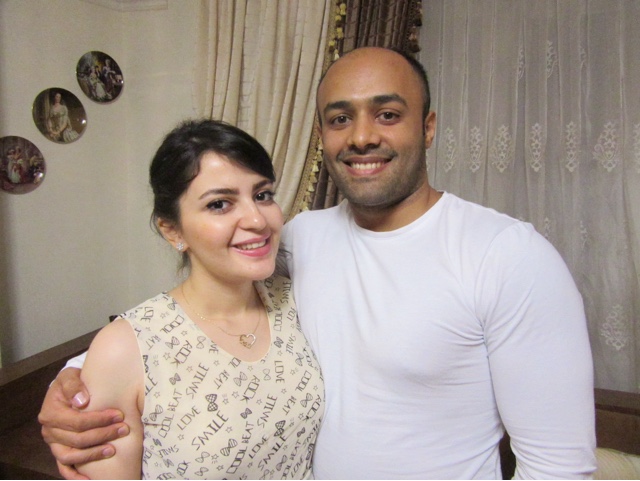 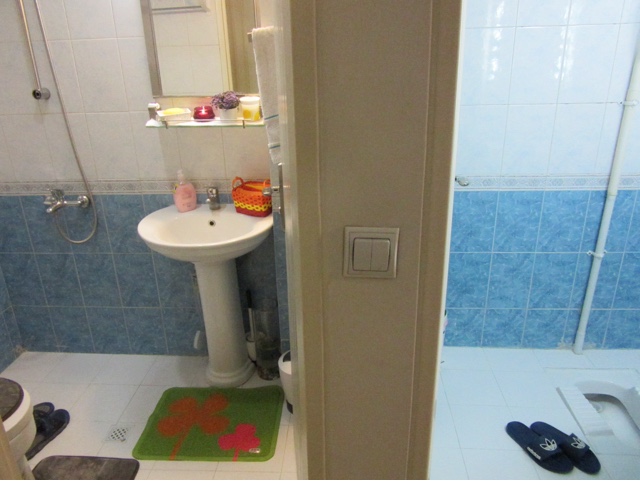 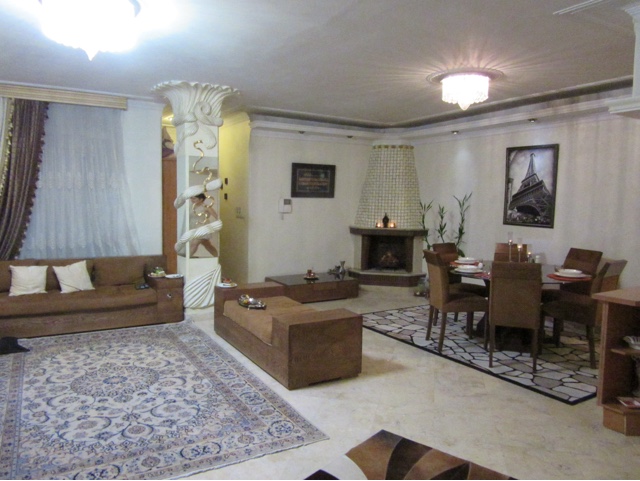 The dining room / kitchen area is all one big area- 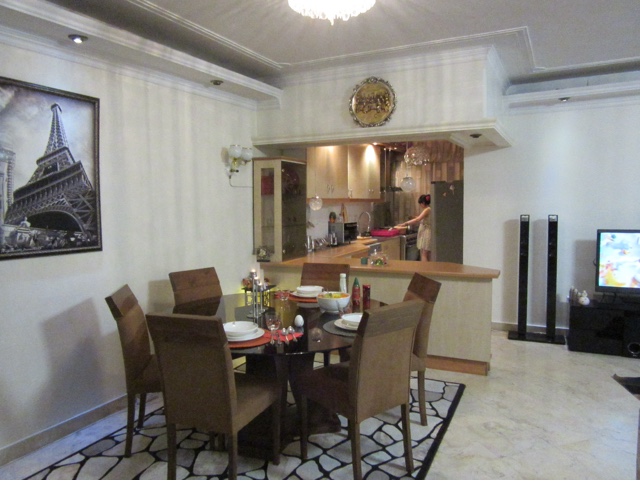 The kitchen is ultra modern and of course the washing machine is in the kitchen.  Where else would it be? 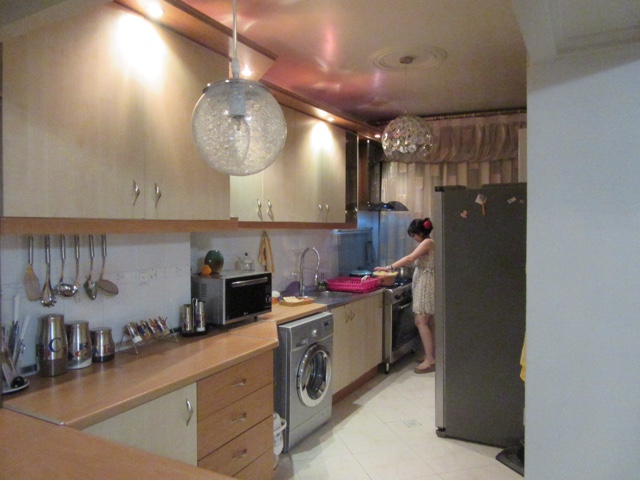 Alcohol is illegal in Iran, but that doesn't stop anyone.  This display is in their bedroom- 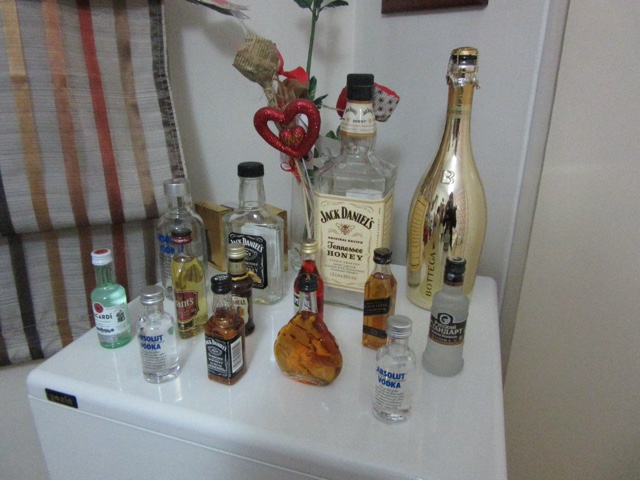 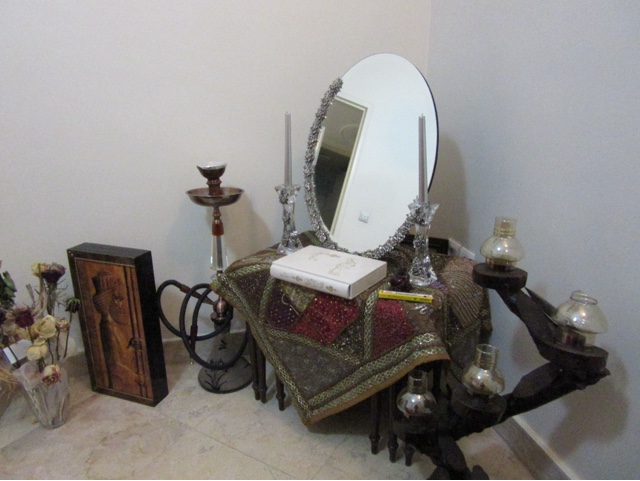 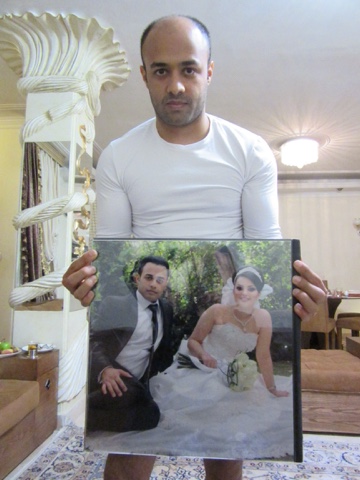 Our meal began with individual plates of fruit, the pastries I brought and tea- 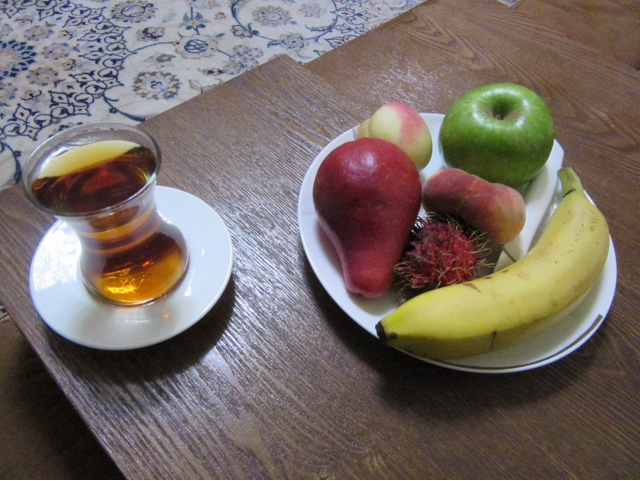 The table was elegantly set with cutlery I certainly didn't use! 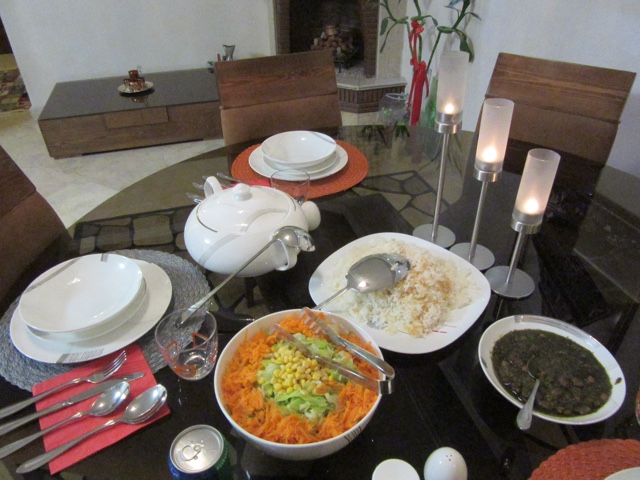 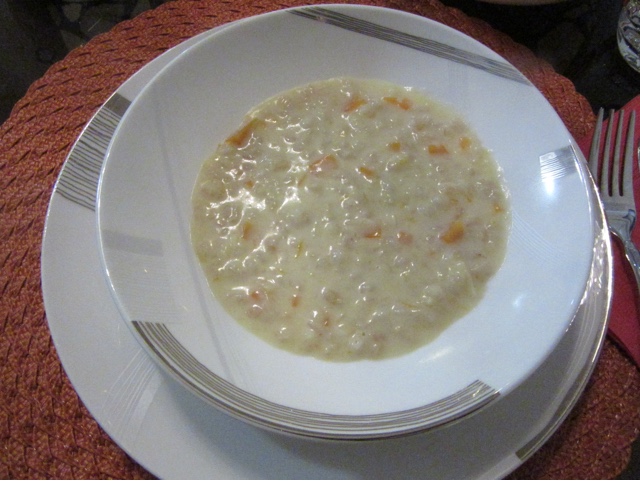 Next was lettuce salad and lasagna, followed by rice and a green dish that wasn't spinach but combined with chick peas, it was very tasty.  Dessert was red jello and ice cream followed by more tea.    I feel very privileged to have met this lovely couple and to have had the honor to spend an evening with them.  What a great start to Iran!
at October 09, 2015