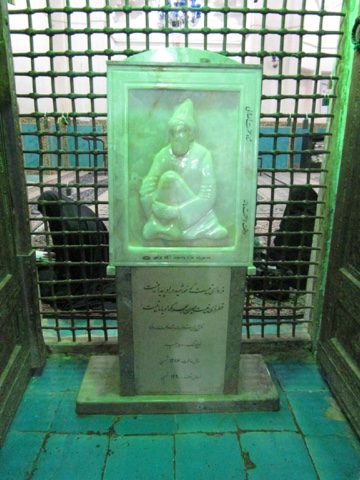 was a popular mystic, Sufi (a sect of Shia Islam) dervish and poet who died in 1431.  His mausoleum was built in 1436 by an Indian king who loved what Ne'matollah Vail had to say- 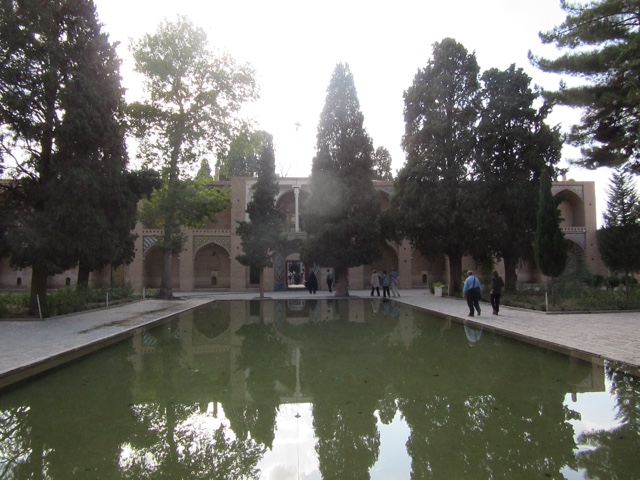 None of the fountains was on, but in the second room, the pond was in the form of a cross- 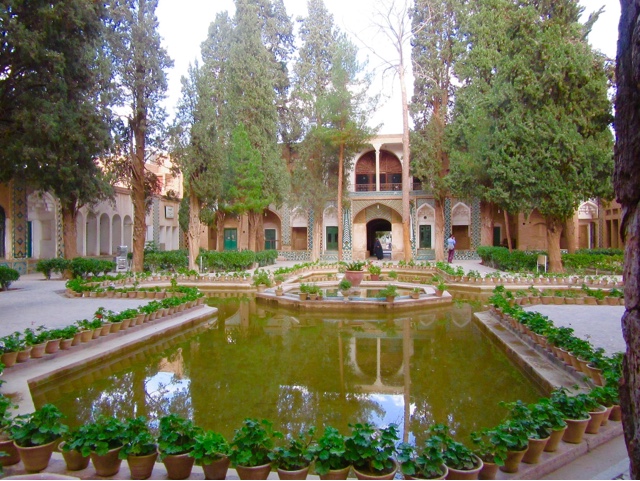 There are seven doors/rooms to pass through because in Sufi, there are seven steps to get to heaven. The first 'room' is about self.  It's important to forget about one's self to move on to the next level- 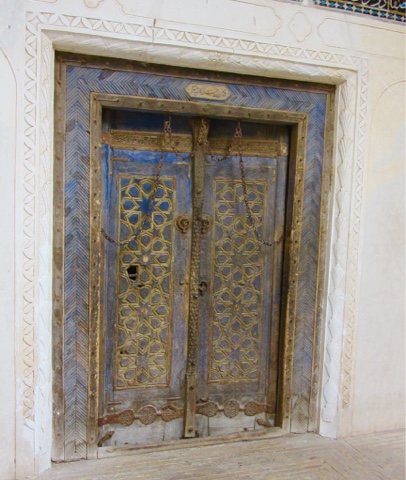 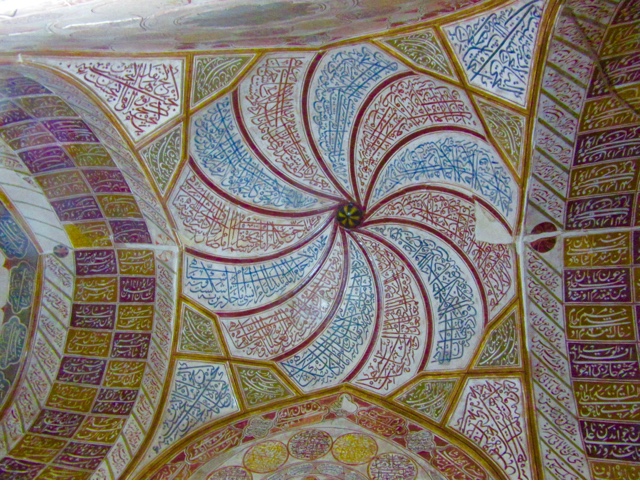 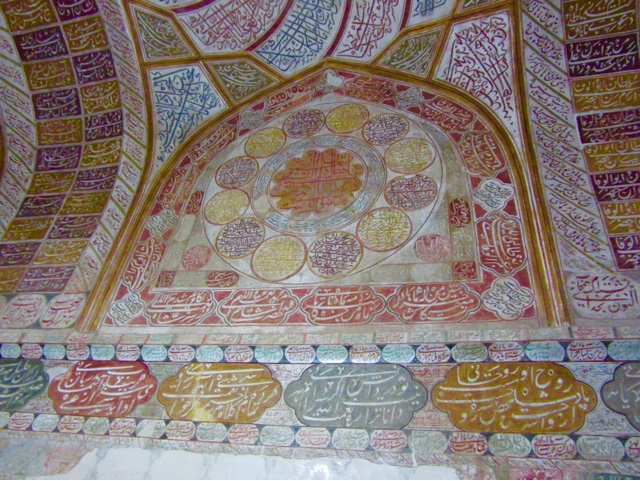 Most of the rooms are spacious with vaulted ceilings and domes- 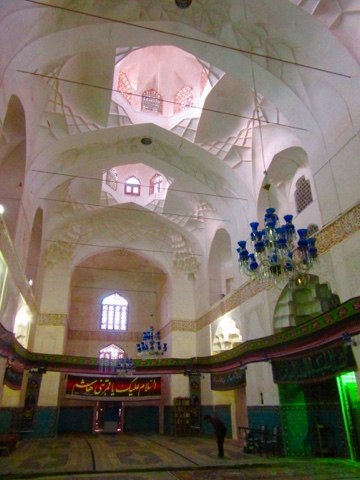 Sanskrit is written on these walls- 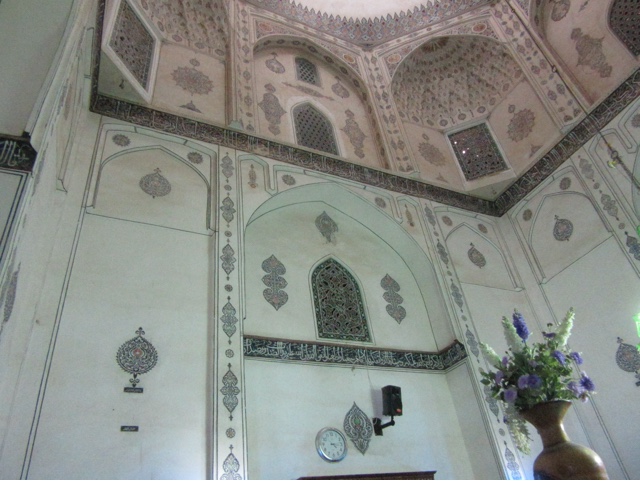 The tomb itself is enclosed and immersed in green light.  Three important colors in Shia Islam are black for death and funerals, red for courage and blood and green for descendant of Mohammed- 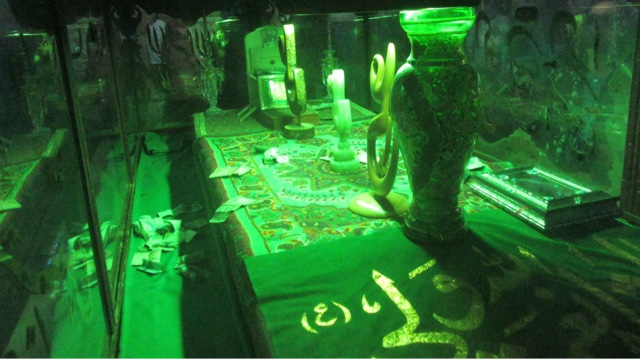 There is even a picture of Mohammed when he was a teenager, well before he became the Prophet- 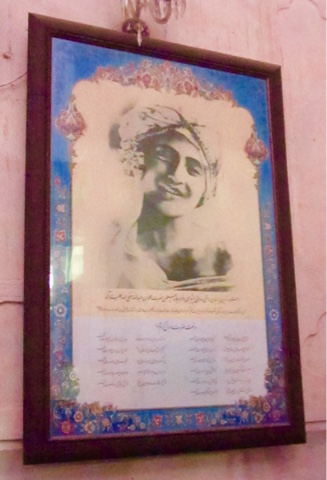 There are nice minarets and a great dome- 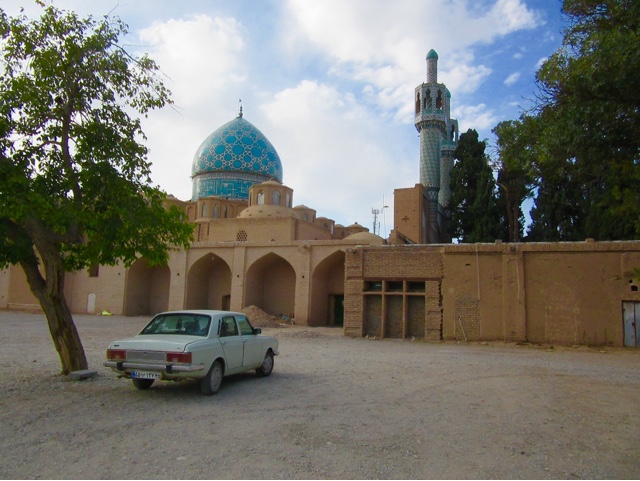 The Bagh -e Shahzde Gardens were built in 1873 and are such a breath of fresh air after being in the dry Iranian climate.  I love the outfit!  NOT -(

The palace at the end of the gardens is where Abdul Hamid Mirza lived.  He was one of the last princes of the Qajar dynasty- 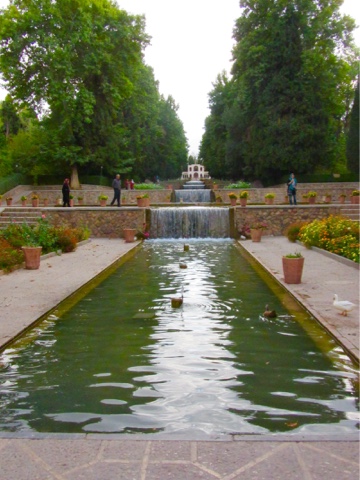 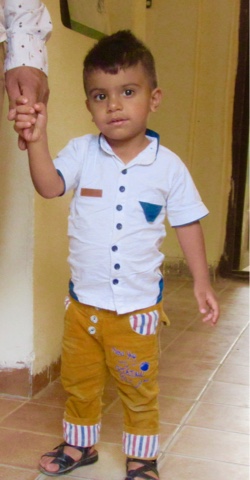 The Arg-e Rayen is an ancient adobe citadel.  It is probably around 1000 years old and contains homes made out of straw and mud.  It has just recently become interesting because a similar, more popular citadel in Bam was destroyed in the 2003 earthquake when more than 26,000 people were killed- 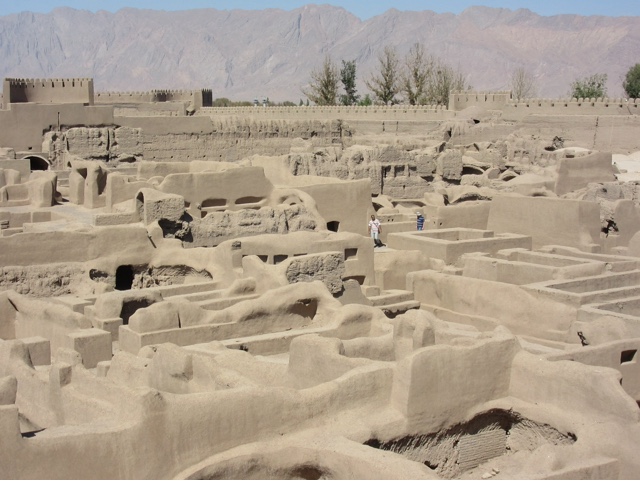 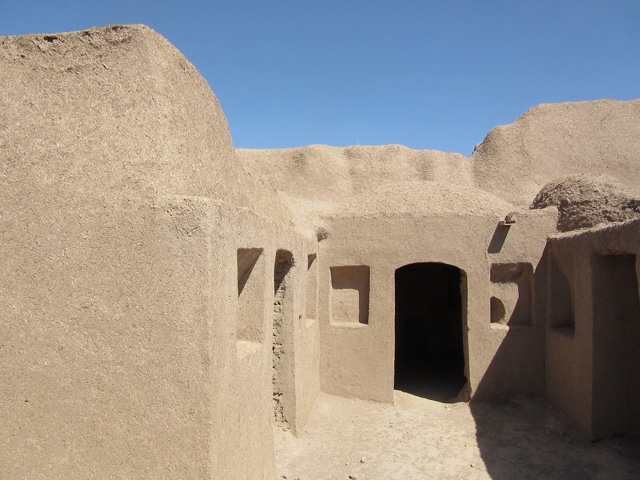 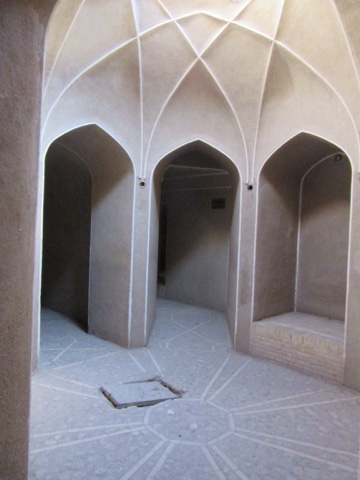 and the quarantine section for when someone got sick- 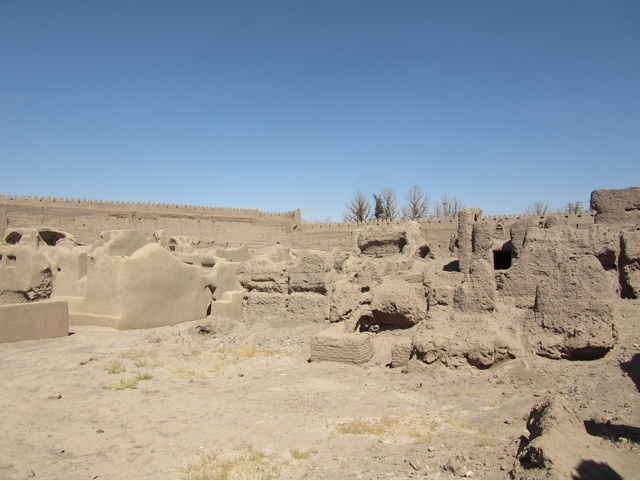 The outer wall is 3m thick at the bottom and 1m thick at the top.  Domed roofs help to keep cool in the summer and warm in the winter- 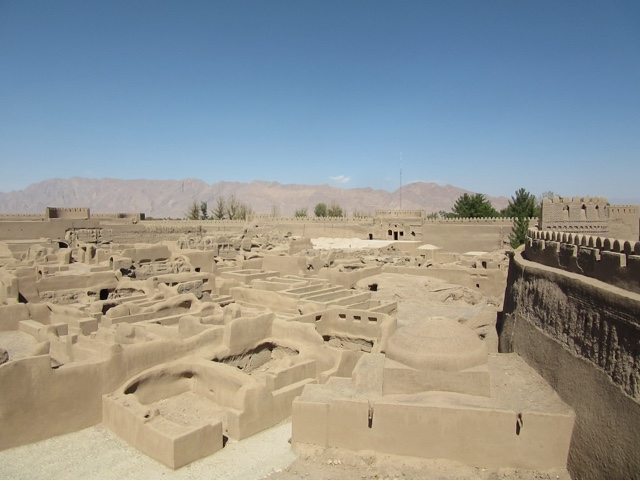 There are 15 towers coming off the ramparts- 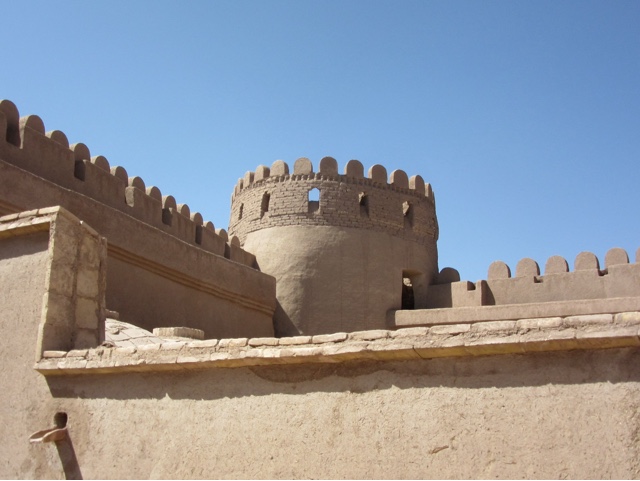 At the bazar at Arg - e Rayen, a blacksmith makes knives and tongs used for smoking opium.  I had a hard time not buying one of the tongs but decided that opium is too difficult to get back home :)  Opium is put in a pipe with a screen and then the tongs are used to hold a fire - wood or charcoal underneath.  One must be careful not to burn the opium.  It is very cheap and usually a chunk the size of a chick pea is smoked.  It is not grown in Iran??? but comes from Afghanistan.  The handles of the knives are made from the horns of a variety of animals- 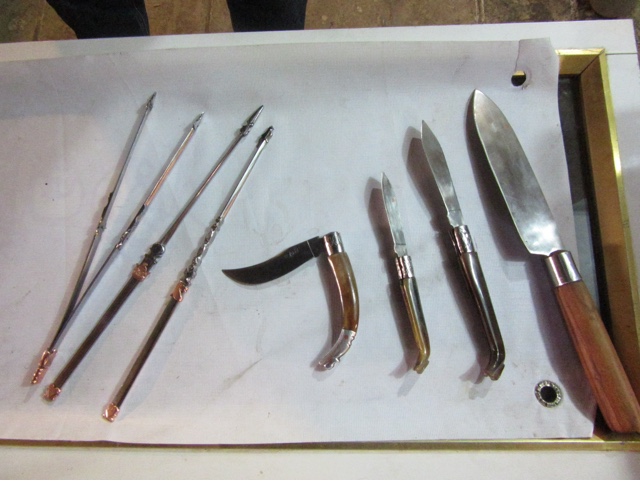 The cemetery is beside the citadel.  The rich even have a roof over their graves- 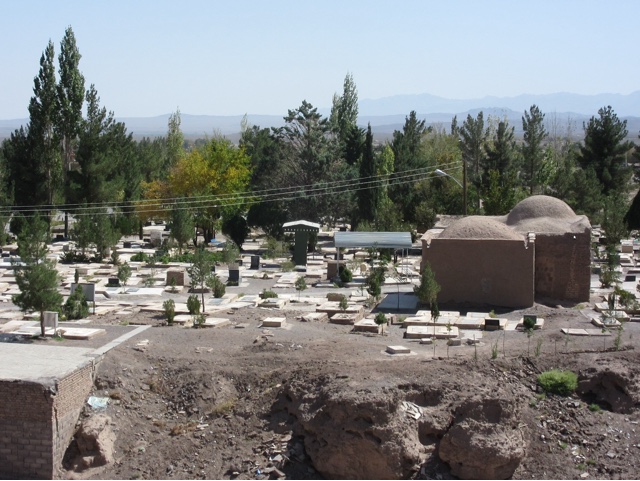 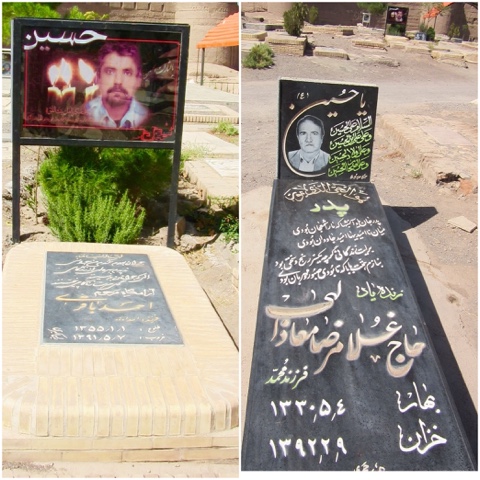 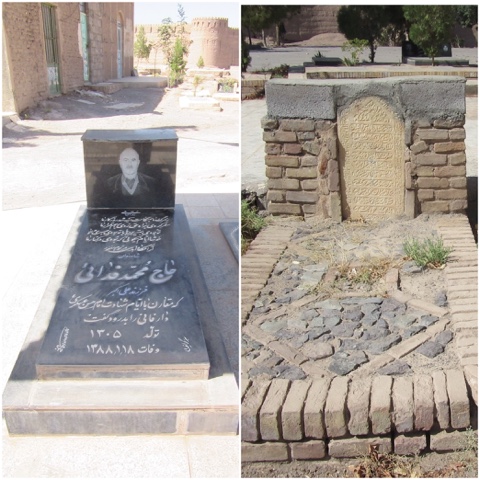 Guess what I found in a small village.... 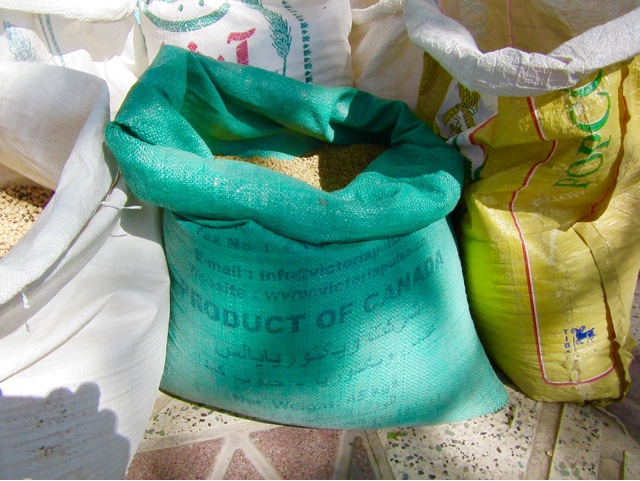 by this colorful mosque- 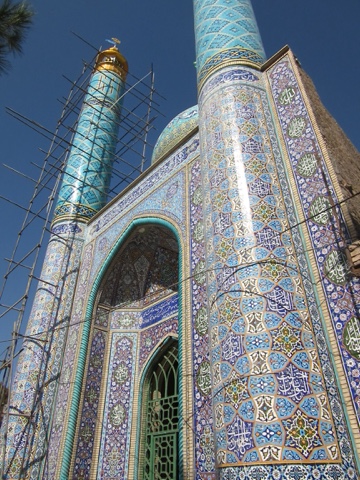 Before the Islamic Revolution, only 45% of the people were litterate.  Now it's about 86%.  Even though few speak English, everyone is friendly.  Walking down the sidewalk, people driving by holler 'hello'.  If I am looking at a map, they get out of their vehicles and try to help!  Only 30.000 tourists visit annually so we are certainly an anomally.
The major highways are divided and in excellent condition.
Marrying age is after 25 because more and more people are going to university, which of course leads to better jobs, more money and independence. Before the Revolution, men had only one wife, but in Islam, men can have as many wives as they like.  No one does thisi today because the man must get permission from his first wife and she, of course, says 'no!'  So, there are affairs. Couples must carry an identity card stating they are married  go to hotels.   Temporary marriages exist for 1 hour, 1 day, 10 days or up to 99 years!  Capital punishment exists for rape.
Pistachio season is finished- 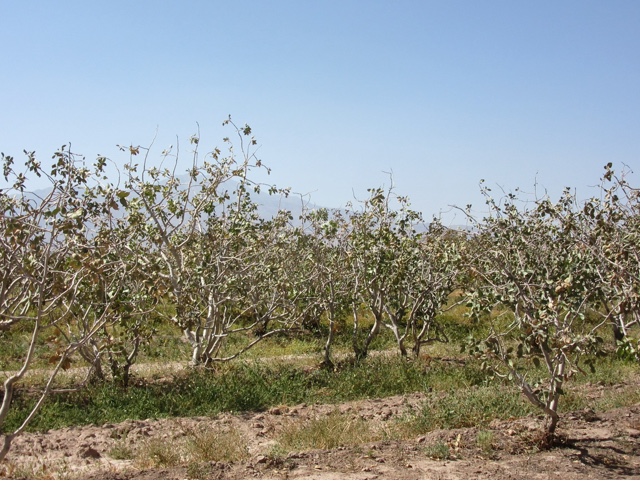 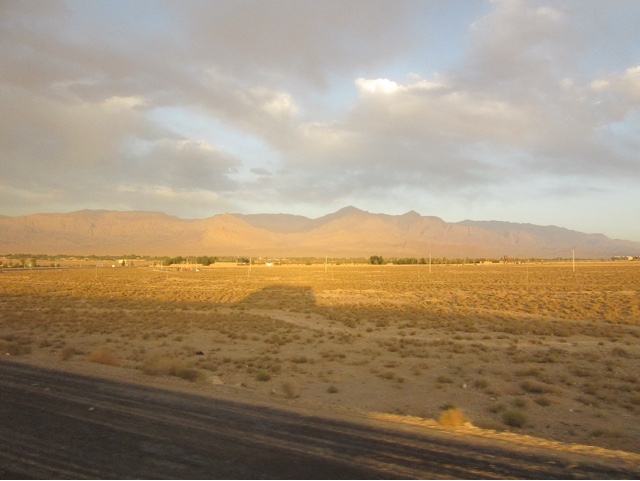 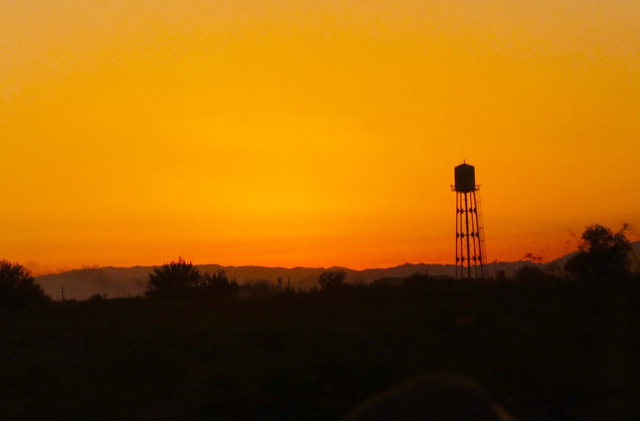