Our first stop this morning was at The Carpet Museum.  On display are beautiful old carpets from different areas of Iran.  Wool from lamb's and camel's necks, silk and some cotton are used and vegetables, plants and rocks are used for color.  Blue comes from lapis or turquoise.  The stone is crushed and combined with chemicals to make the dye.  The number of knots in 7 cm is classified by radj.  This carpet has 65 radj. The most radj possible are 124!  Designs are either 'tribal' or 'city'.  Tribal designs vary depending on the origin but are usually simple.  City carpets are extremely ornate, often floral designs- 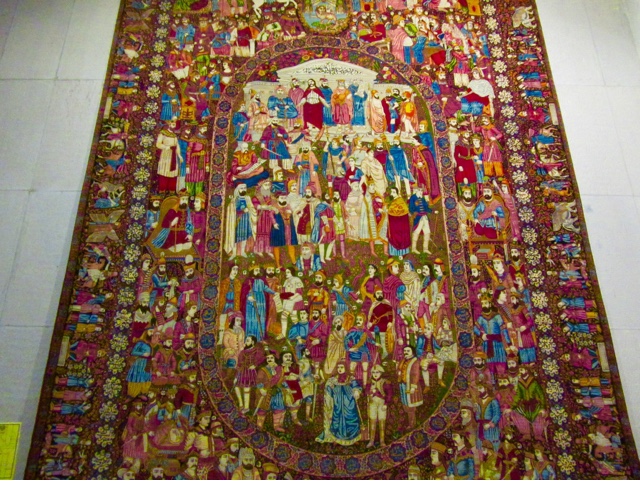 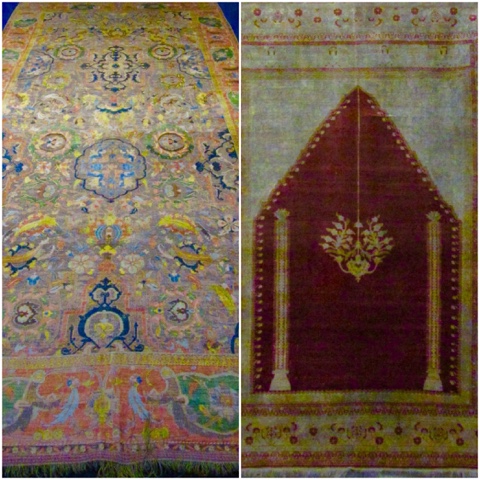 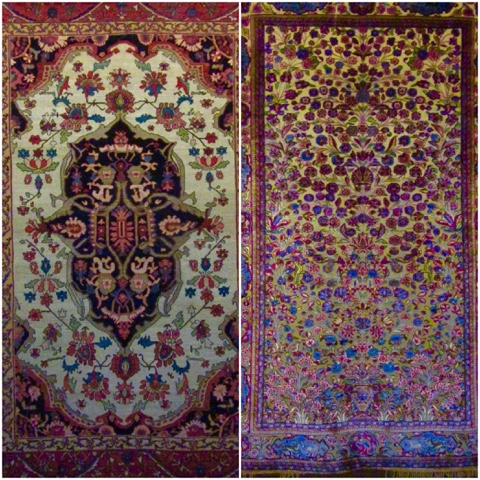 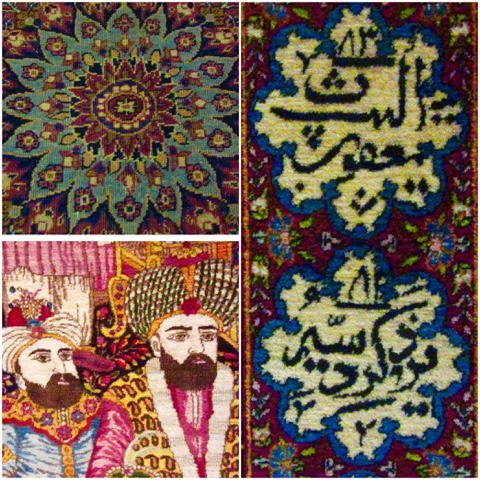 Our next stop was the National Museum- 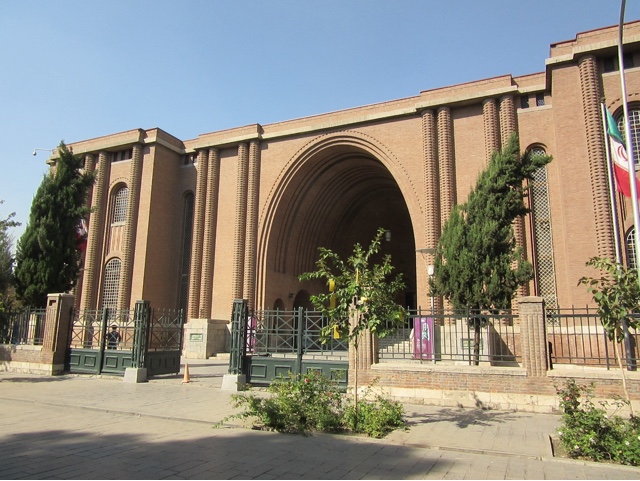 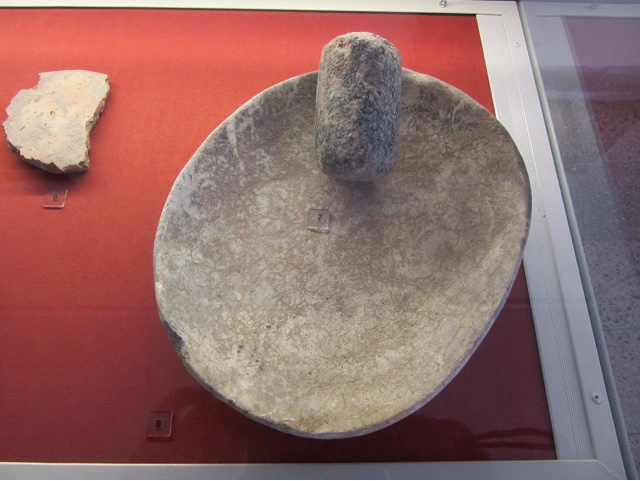 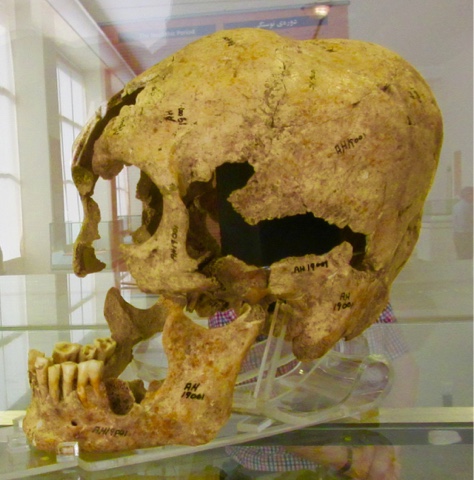 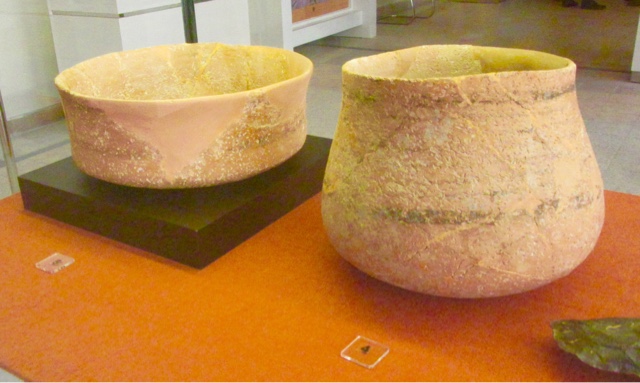 As ways to make color improved, so did the artwork on the pieces.  This bowl is from 4500 B.C.- 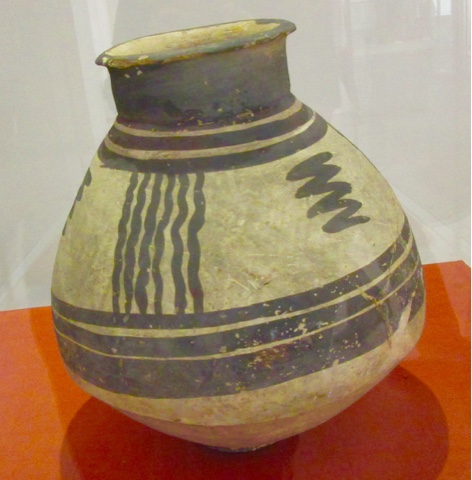 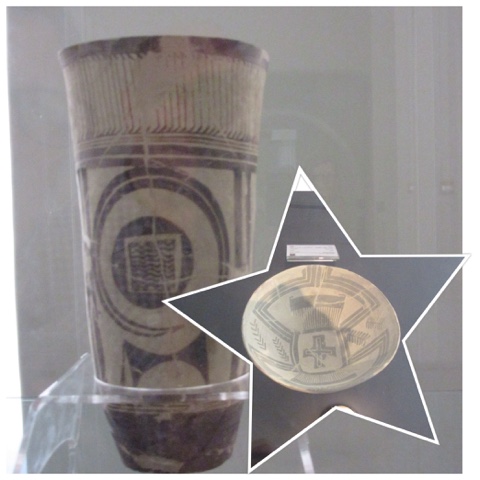 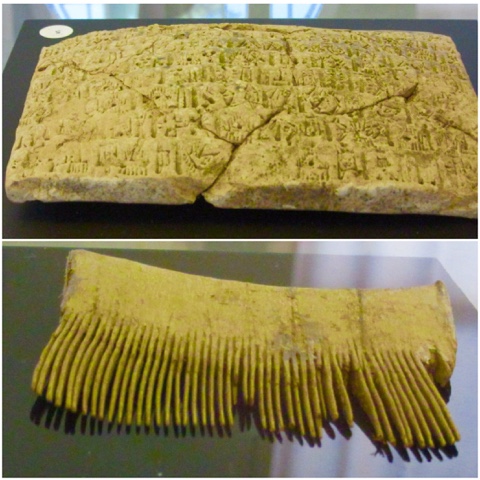 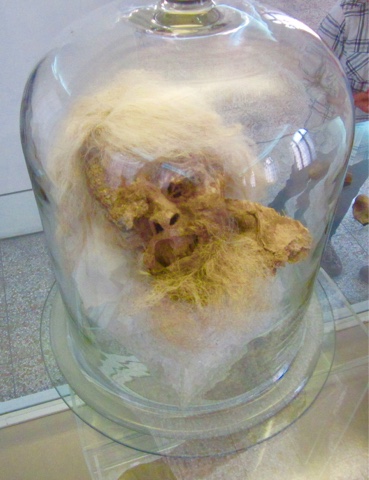 Also found with him was a needle, a sling, a grindstone, a walnut as well as a leather boot- 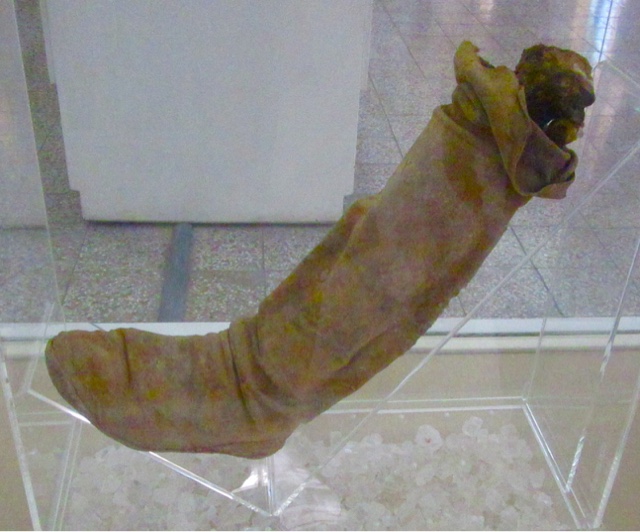 The museum is also a popular place for school groups- 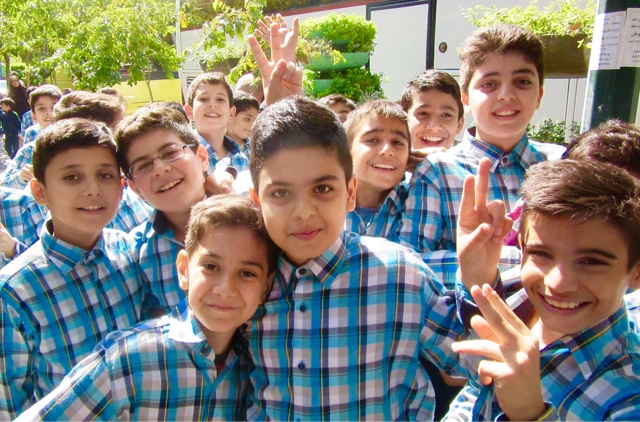 Our third museum stop of the day was at the Treasury of National Jewels.  There were numerous security screenings and no pictures allowed so......  The jewellery is from the Safavid ( a dynasty that ruled Persia 1502-1736) that installed Shia rather than Sunni Islam as the state religion and Qajar monarchs.  The world's largest uncut pink diamond, the Darya -ye Nur is there at 182 carats!  There is also a Globe of Jewels made in 1869 of 51,366 precious stones.  It weighs 34 kg.  The seas are made of emeralds and the lands from rubies, except for Iran, Britain and France which are in diamonds.
We left for Yadz via train late this afternoon.  This gigantic Qu'ran is on display at the train station- 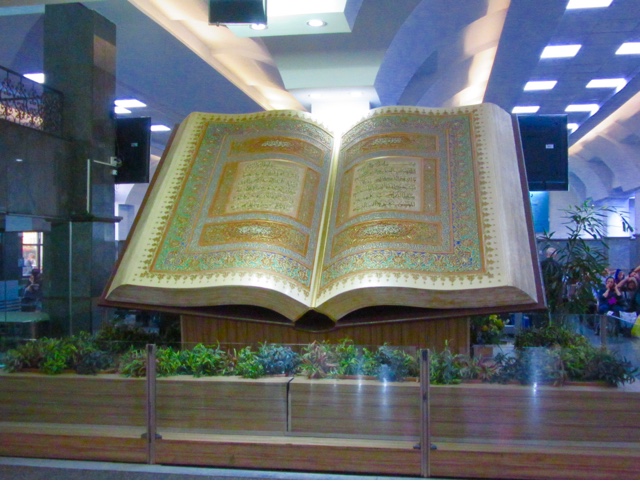 It was rice for supper- 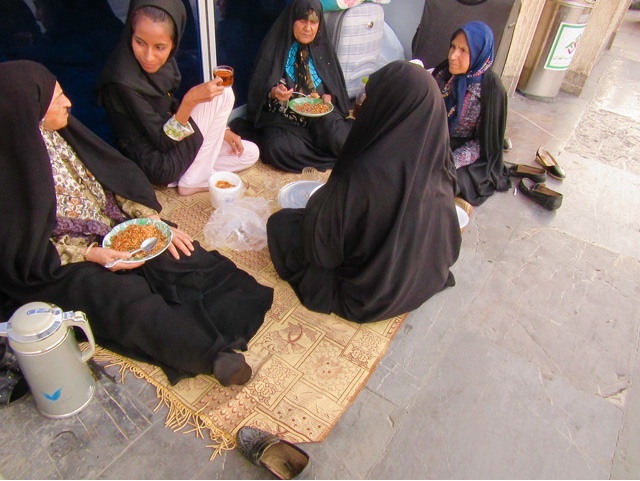 My hotel room also had an arrow in a corner, showing the way to Mecca- 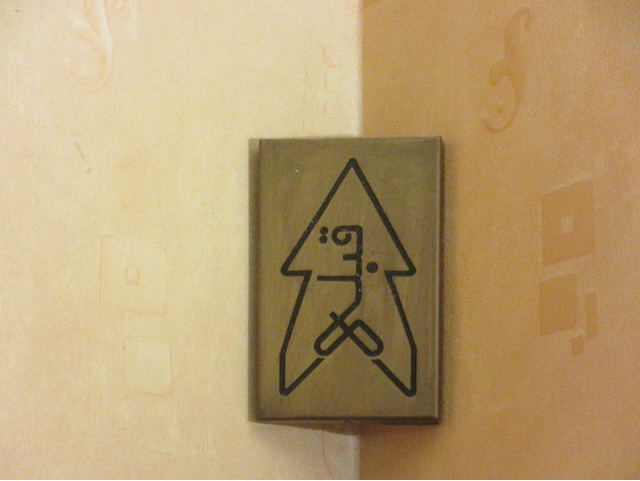 Underneath the nightstand was the prayer rug, a small stone, two smaller mats as well as a Qu'ran.  To pray, one kneels on the largest rug facing Mecca and places the stone on the smallest rug on top of the medium sized rug at the top of the large rug and puts their forehead on the stone- 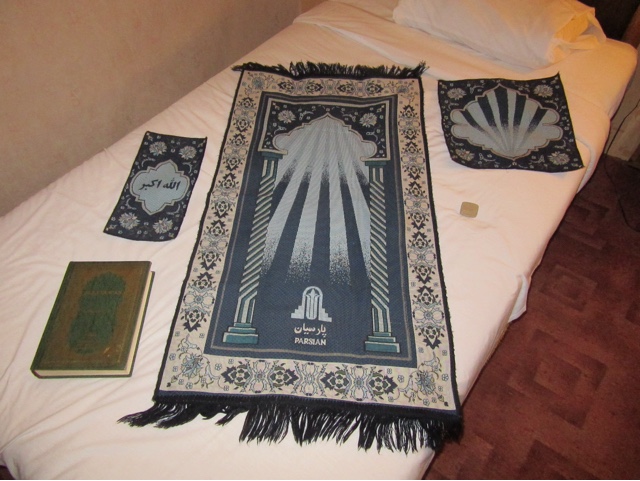 There's a lot of Irenglish- 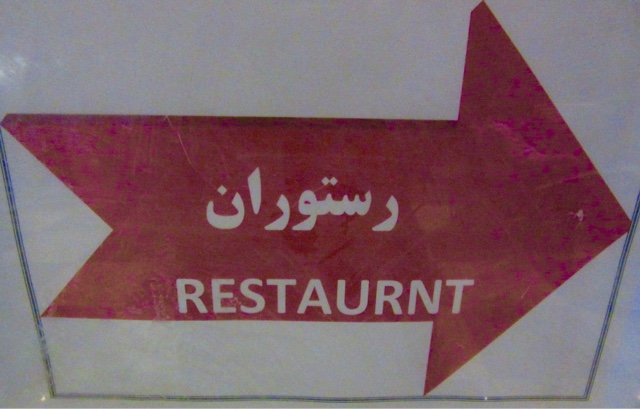 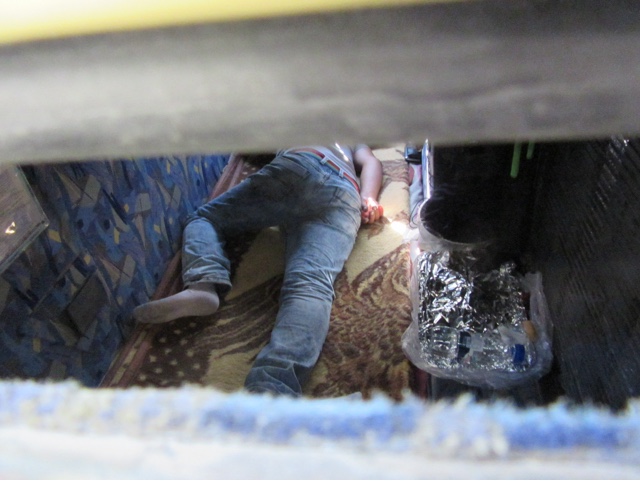