Antelope Park is attempting something that has never been done before - integrating lions that have been bred in captivity into the wild.  They will be releasing 5, second generaton, never been in human contact, 2 year olds in the very near future.  The BBC has signed on to make a documentary about the release.  It has been difficult to procur land in this corrupt country but they've finally found some.  They are hoping that their method will prove it is possible and then they can try the same thing with leopards and tigers.  It's essential that the community 'buy in', otherwise locals will have no qualms about killing the lions for food or protection.  Antelope Park has created many jobs, set up schools and health care facilities, as well as conservation programs, all the while employing local people, trying to prove to them that lions are worth more alive than dead.  We saw the same philosophy in Rwanda with the mountain gorillas and it was proving to be successful.
In the 1930s, there were over 400,000 lions in Africa.  That number dropped to 200,000 in the 70s, and now there are fewer than 20,000.  Humans are not their only problem.  Of the 19 cubs born at Antelope Park, only 5 are living.  They die from disease, such as FIV - lion AIDS.  Of course when 25% of your human population is dying from AIDS, the government isn't going to be in too much of a hurry to develop a lion FIV vaccine!
This morning I walked with the lions but unfortunately even though it wasn't as surreal as visiting the gorillas in Rwanda, it's as close as one can get with real lions.
This brother and sister are 18 months old- 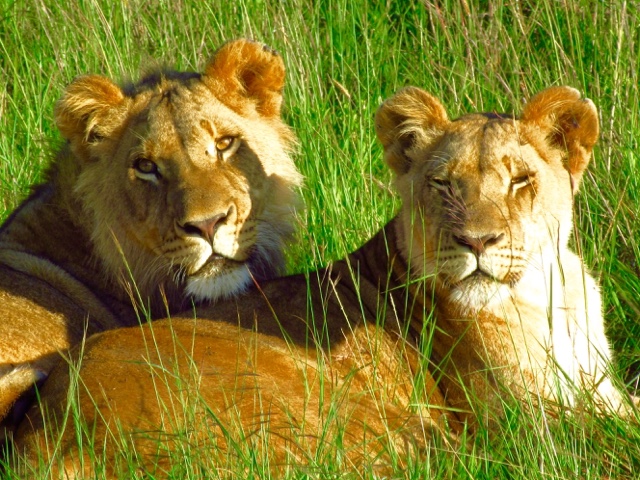 and have been handled by their two trainers- 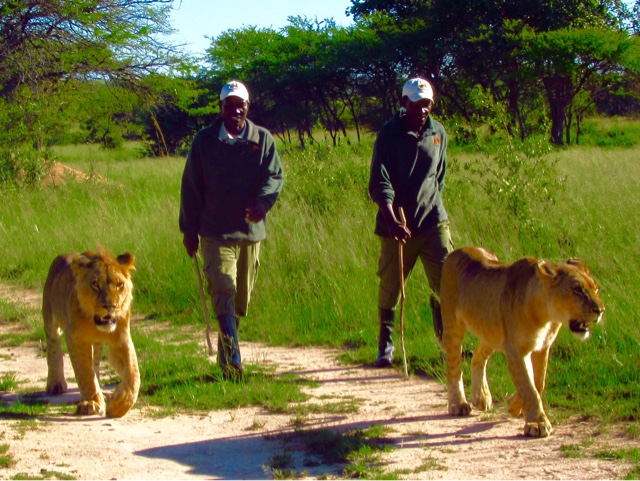 since they were 3 months old.
We got to walk beside them scratching their backs- 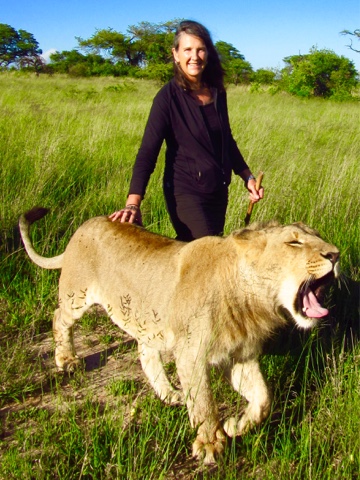 and because they are a fairly lazy animal, anytime they laid down, we could get really close- 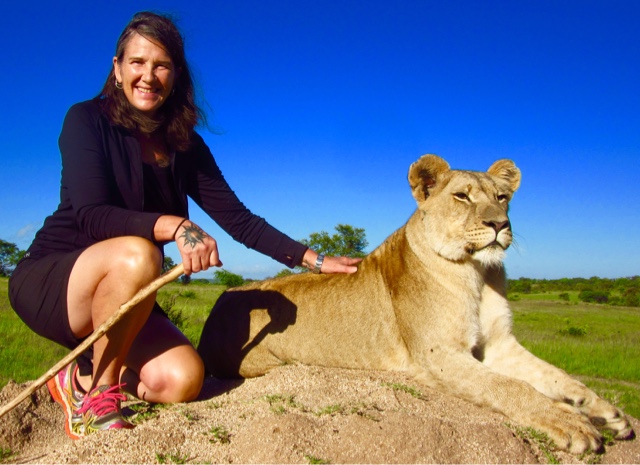 Their paws are pretty big- 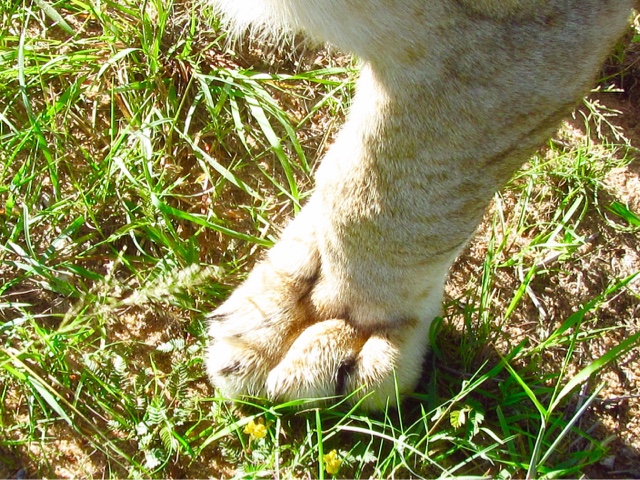 They ran after giraffes and wildebeests but didn't attack... Darn!
Later, just outside my room, there were elephants bathing- 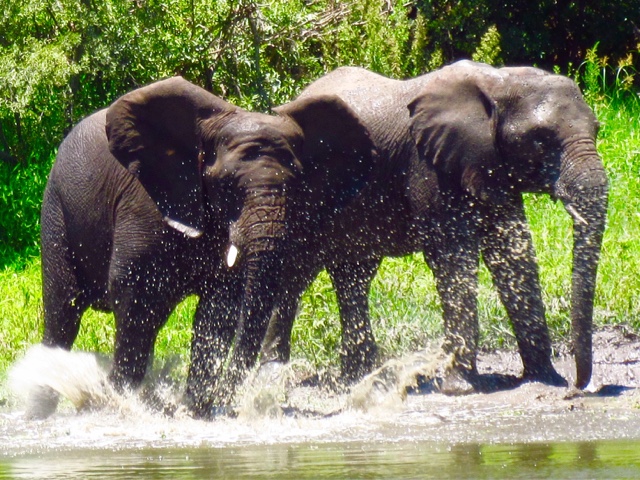 Lion feeding is another interesting activity.  I would have liked to see a live kill but instead it was frozen cow entrails- 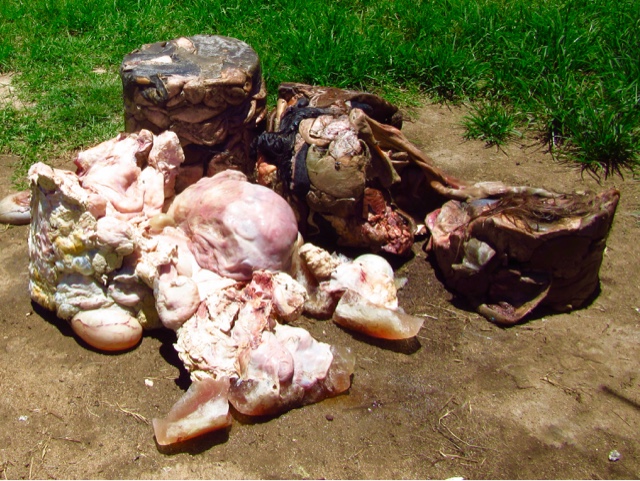 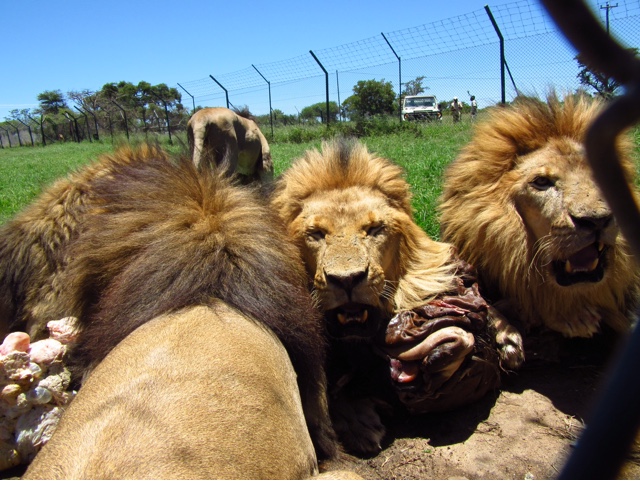 ran towards lunch and us.  It was pretty freaky and I have a great video that I can't unfortunately post. 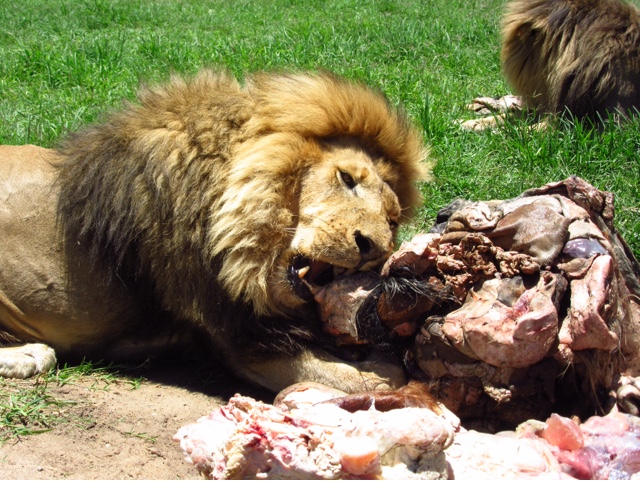 This fellow seemed to be the alpha male and he lunged numerous times at us.   I have that on video too- 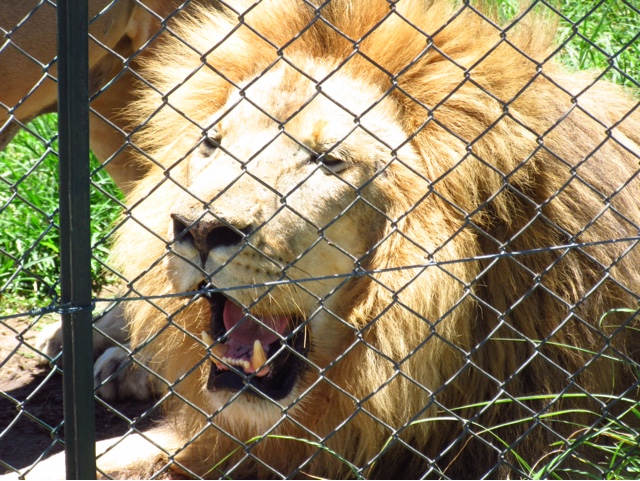 A couple knew to stay away until "the boss" had enough- 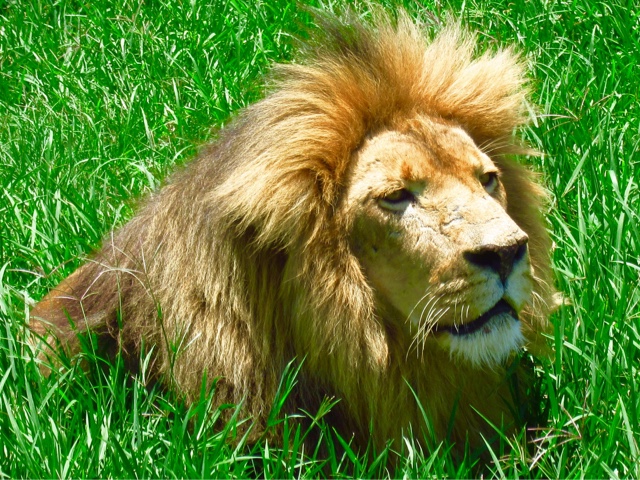 I've signed up for a night stalk so hopefully I'll see a kill tomorrow night!
at February 01, 2016