Today was a wonderful, relaxing day spent reading, listening to the roar of lions and .... that's about it until 6 pm when I went on a night encounter with lions.  The hope was to see a kill!
We set off in an open air jeep wth three, twenty-eight month old females following- 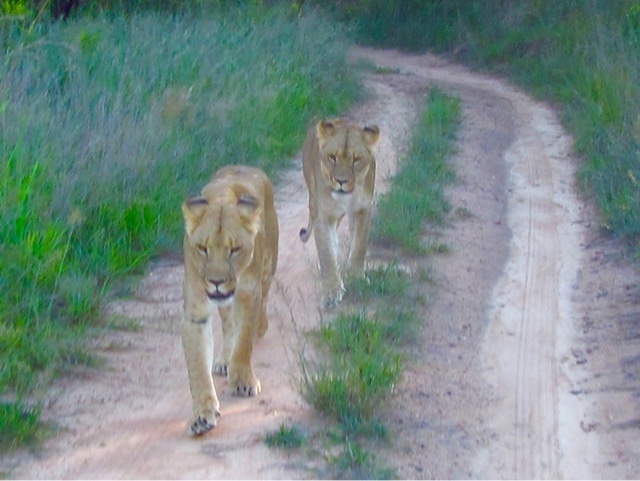 They doddled, yawned, played and sniffed, in spite of the fact we saw zebra, wildebeest, antelope and a jackal.  They didn't seem too interested, even though they hadn't eaten for 3 days.  Every once in awhile, one would perk up her ears and look towards 'supper' but that was about it- 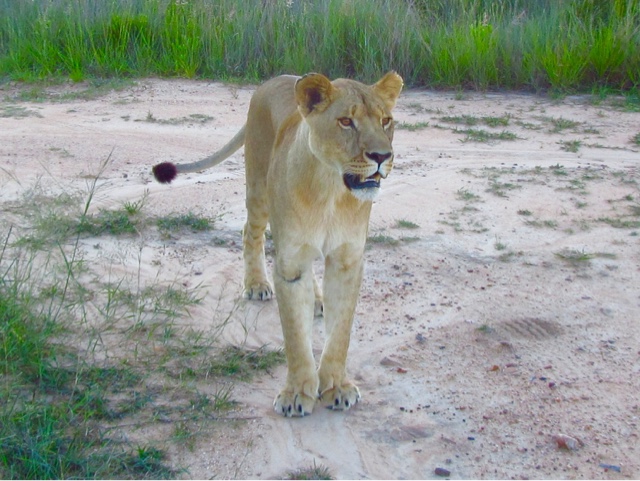 Then, as soon as it got dark, they crouched down low and disappeared.  We drove around for a few minutes and came across- 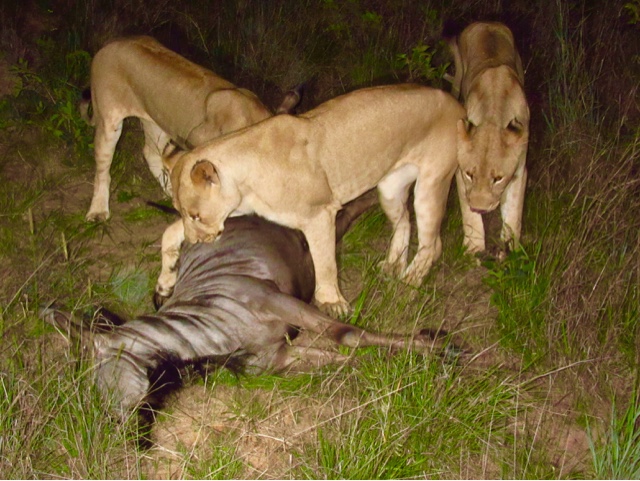 They had killed a wildebeest and were having a feast. They started with the udder area because it's the softest.  One also went after the neck- 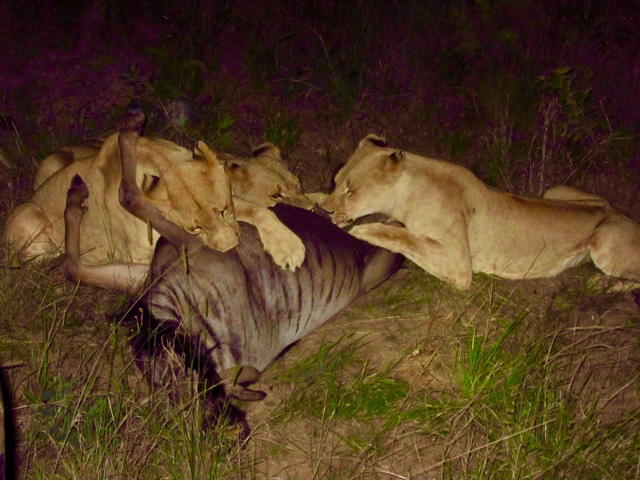 They were ripping out intestines: it got quite smelly but they didn't seem to mind- 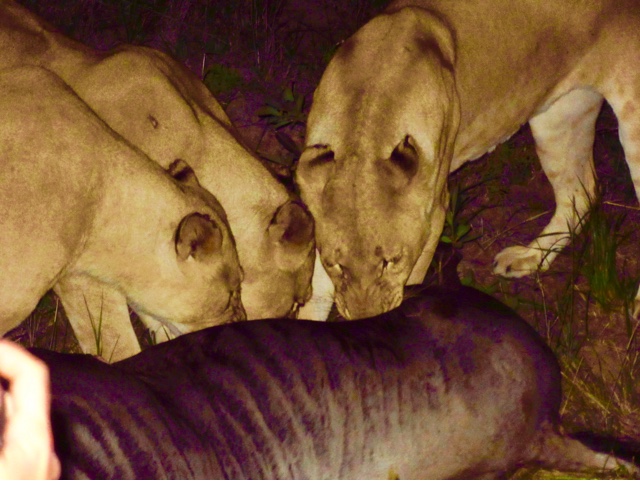 We were lucky to see this only I wish I'd have seen them drag it down.  Next time!
We're off to Bulawayo tomorrow for a walk with rhinos.  This Africa is just too much fun!
at February 02, 2016