Swakopmund has a population 45,000 but that doesn't include the townships and DRC.  It's a German town and there is lots of architecture to prove it- 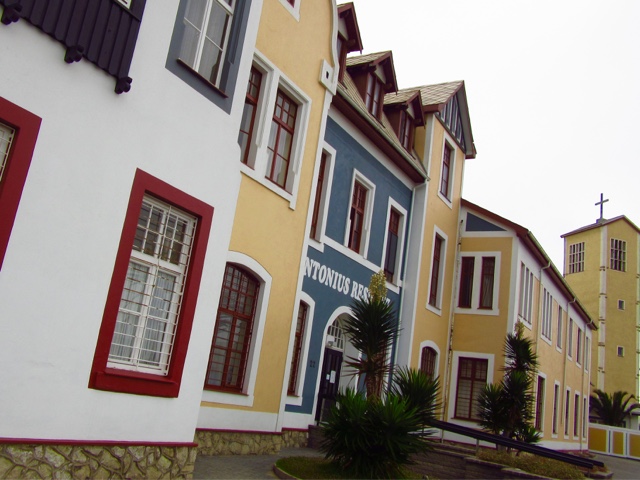 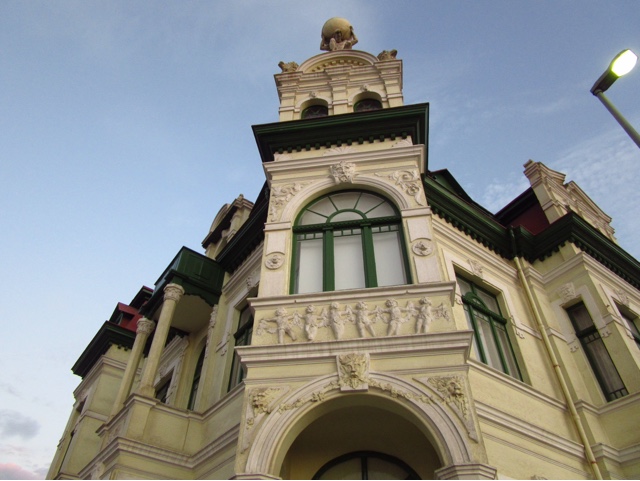 The German Evangelical Lutheran Church was built in 1912.  The only English service is on the 4th Sunday of the month- 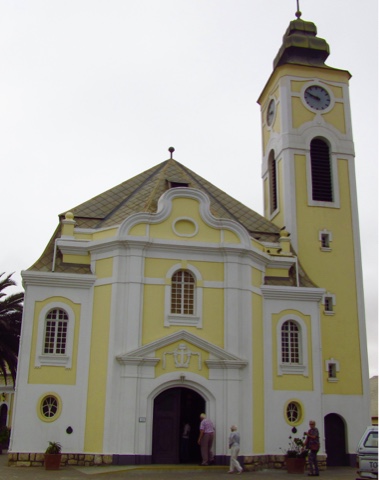 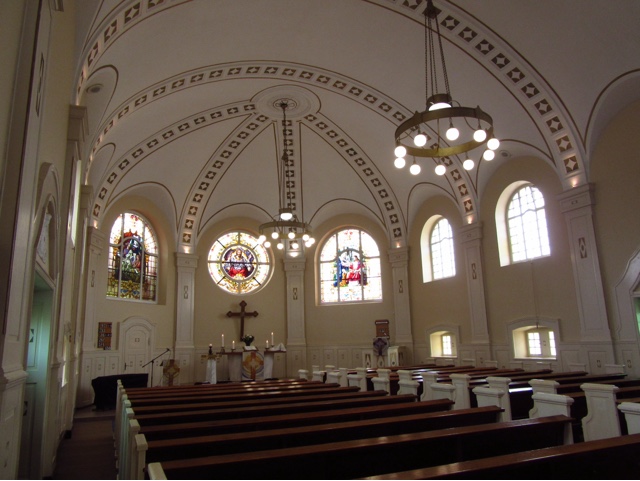 I went on a township tour and learned a lot.  Our first stop was at sidewalk stalls where dried Kapenda fish and spinach are sold.  They are used in soups and stews-

Sorghum is used for making kombote which is beer and when it's ground finer, for making a non alcoholic wine called omaludo.  Millet is ground for flour to make oshifima- 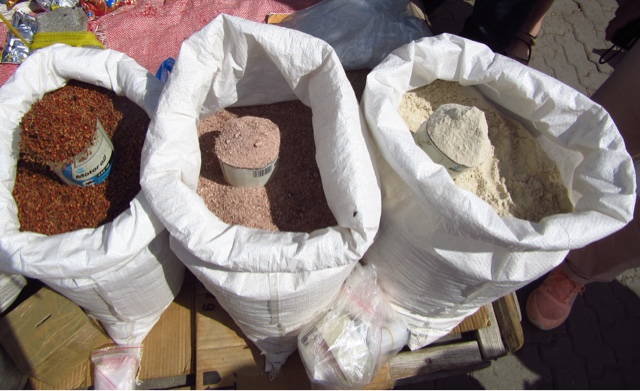 "Mama" is wearing traditional Herero dress which comes from the Victorian age.  The hat is shaped like cattle horns, remembering the importance and respect given to that animal- 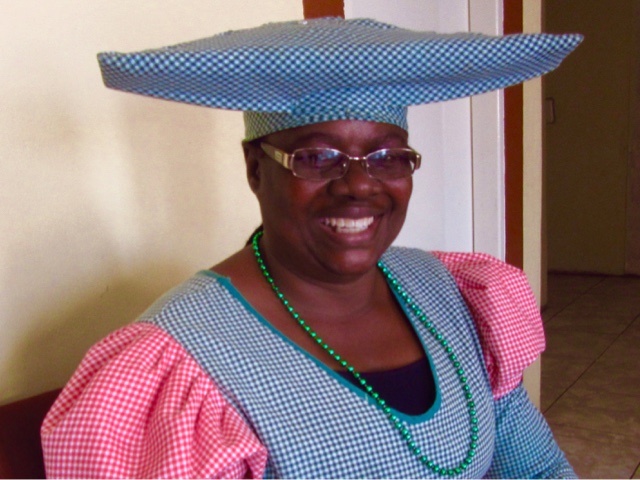 There are 40,000 Mondesa living in a slum type city called a township.  In 1951, the South African government provided one bedroom homes for them with no electricity, no running water and a communal toilet.  They used paraffin for cooking- 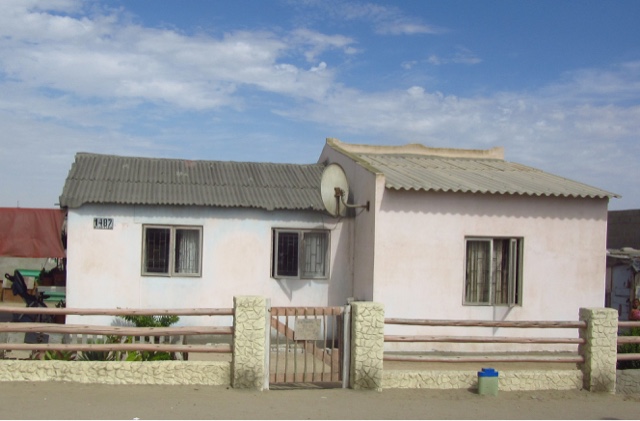 They gave the Damera tribe 2 bedroom homes and the Herero tribe 3 bedroom homes with a kitchen and living area.  The government hoped the 3 tribes would be jealous of one another and fight amongst themselves and wipe each other out.  That didn't happen and even though Namibia has been independent since 1990, many still choose to live here.  Now the Namibian government builds slightly better places that have electricity and so the people also install satellite tv.  Water costs 40 cents/liter (4 cents CAN) and must be collected at a local tap.  It used to be free but they wasted it - left the tap on all night so now they must pay.
Another part of the township is the DRC - Democratic Resettlement Community.  The people come from all over Namibia and build their homes out of whatever garbage they can find.  There are over 10,000 living here and it is increasing all the time.  It doesn't cost anything to live here so they can 'afford' it- 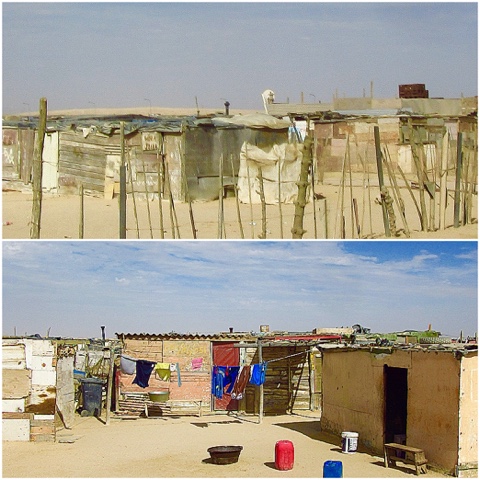 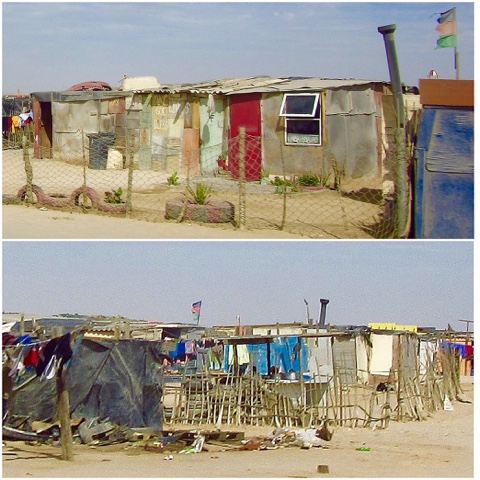 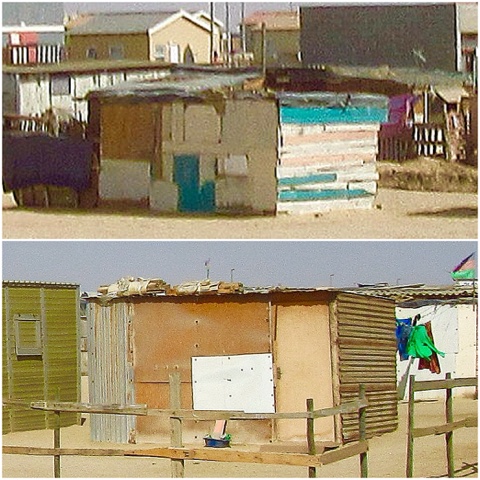 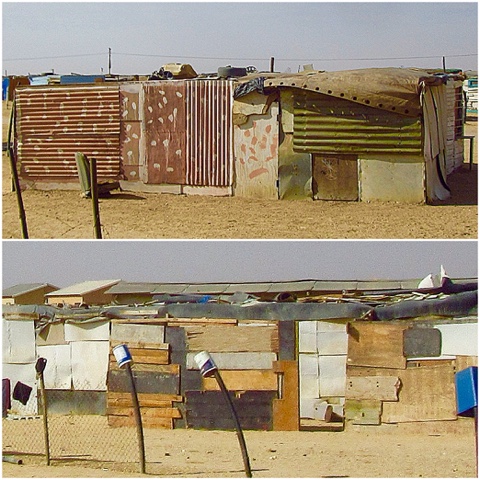 The blue, red and green flag indicates the inhabitant of that home is a member of the Swapo political party- 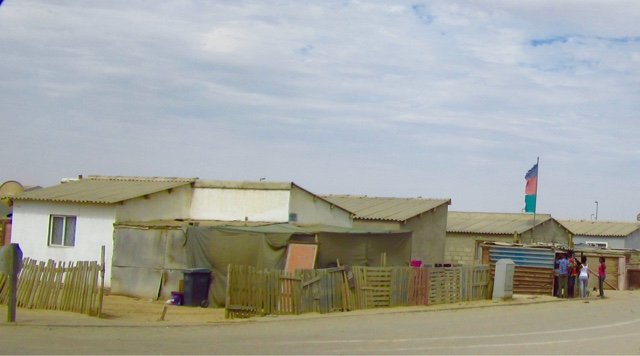 The communal toilet is marked by a black pipe- 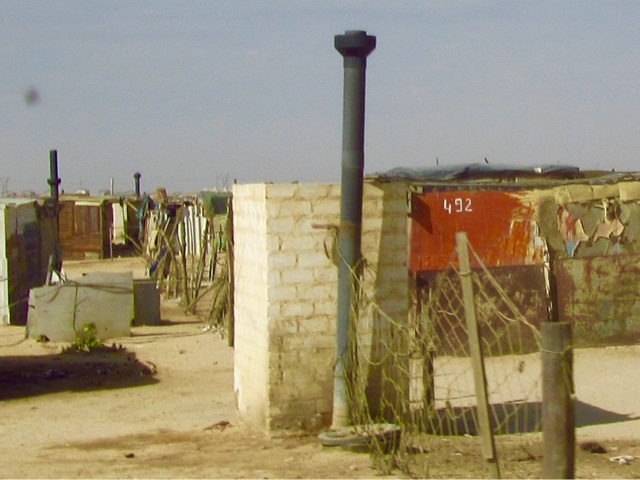 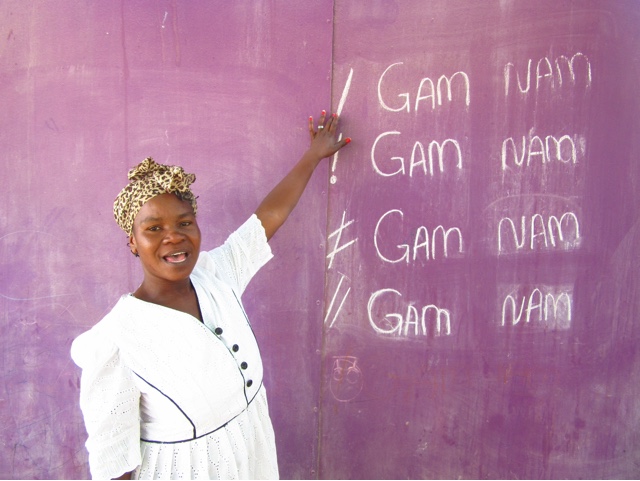 At this local kindergarten- 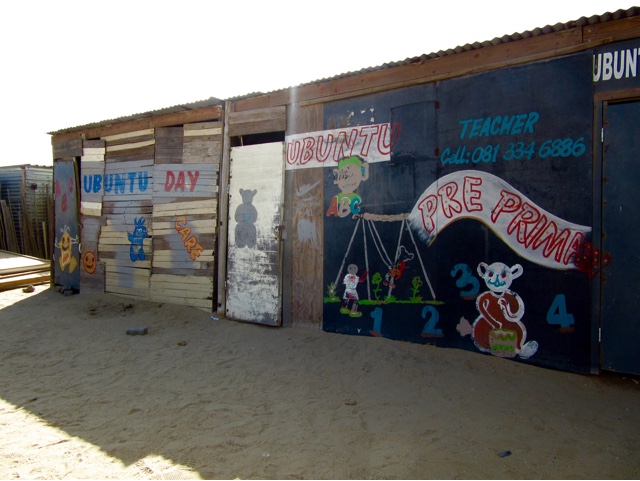 the teacher 'learns' her students colors, shapes and the alphabet - 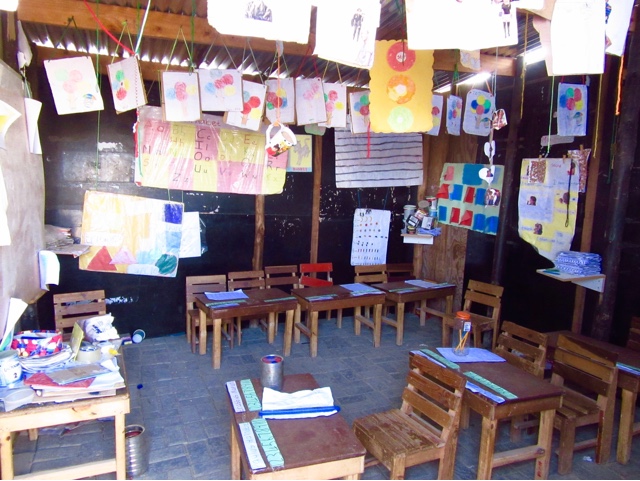 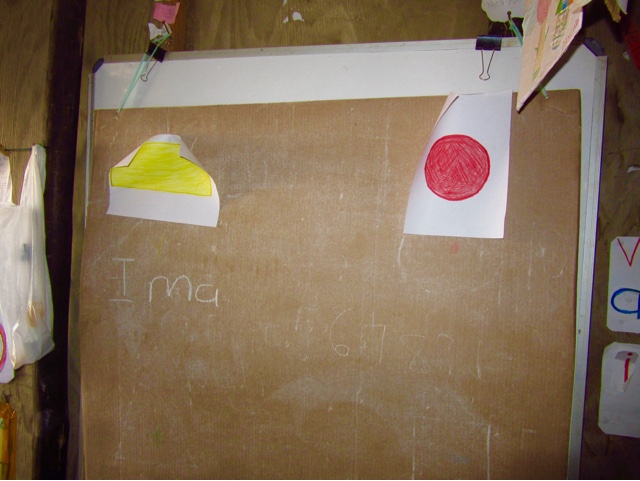 Her 'laminating' consists of using a clear plastic bag- 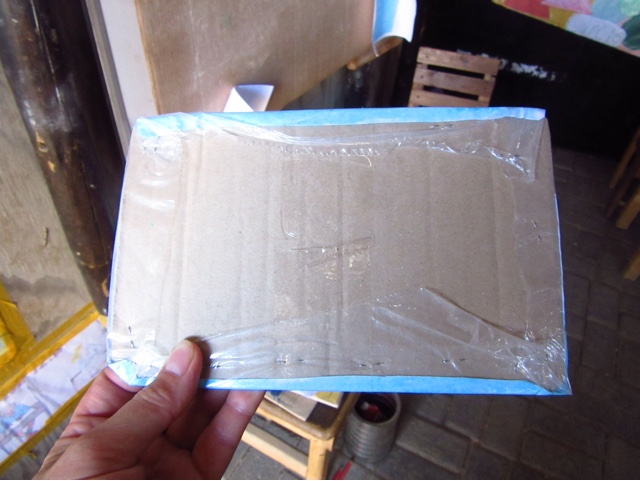 Lunch was at a traditional restaurant where we had the typical Namibian oshifima, omagungu worms, a bean mash porridge called oshigali and chicken- 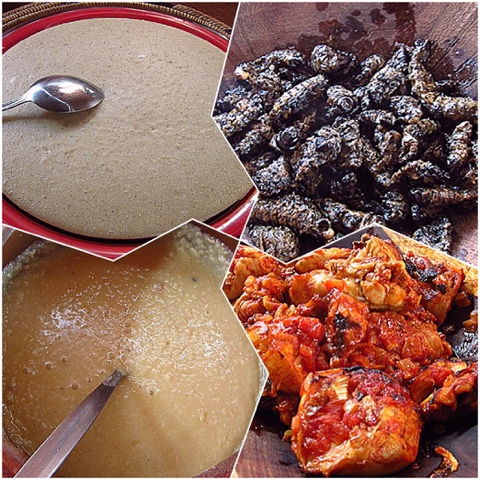 The table beside us had goat head called omutse- 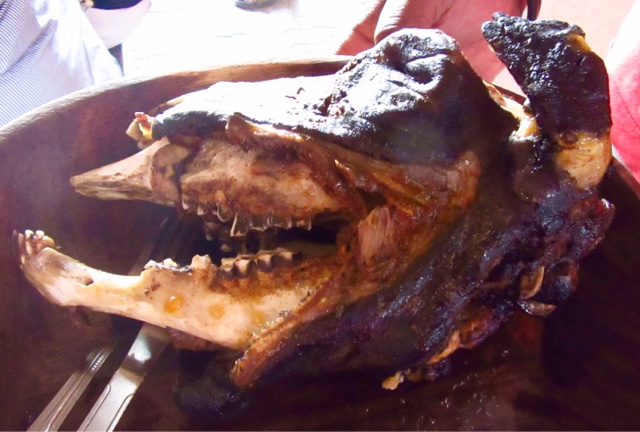 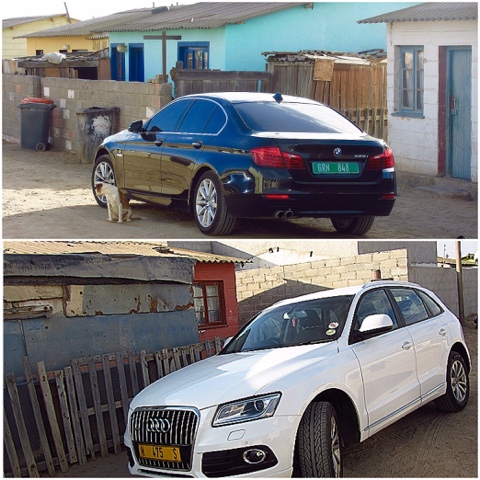 Seeing Audi, Lexus and BMW cars parked amongst these homes was quite a contrast, however our guide says the groups get along and the poor don't go into the rich area although it appears the rich are afraid they might because there are bars on most of the windows- 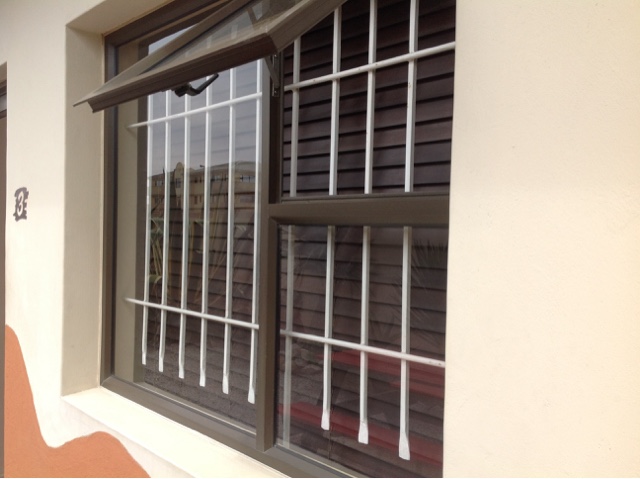 and most store doors have metal gates.  Once they see who wants in, they buzz open the gate- 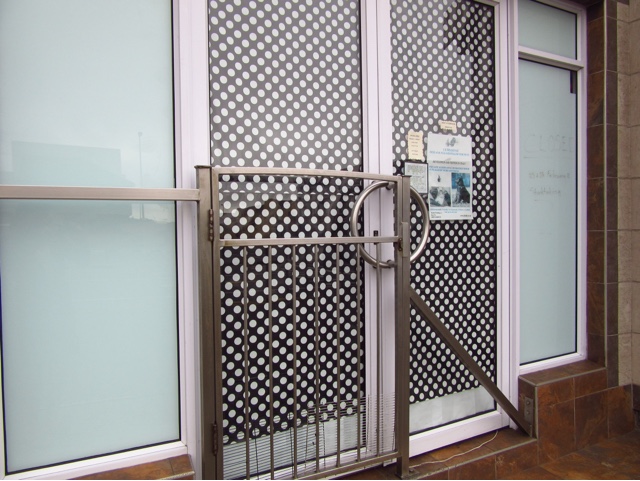 Lots of properties have high fences, some with electrified wires- 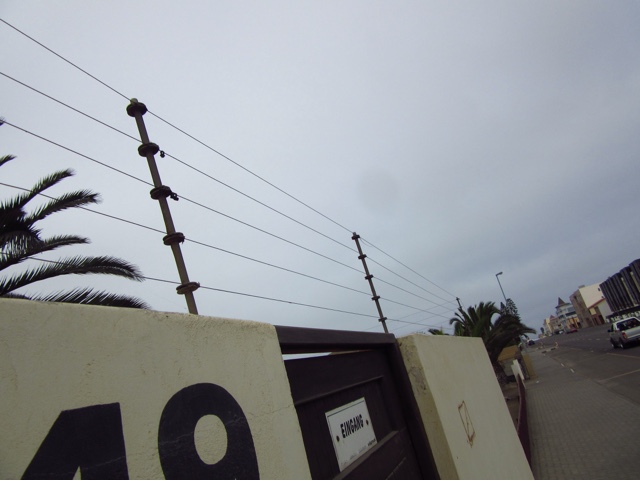 or broken glass or metal spikes on top discouraging entry- 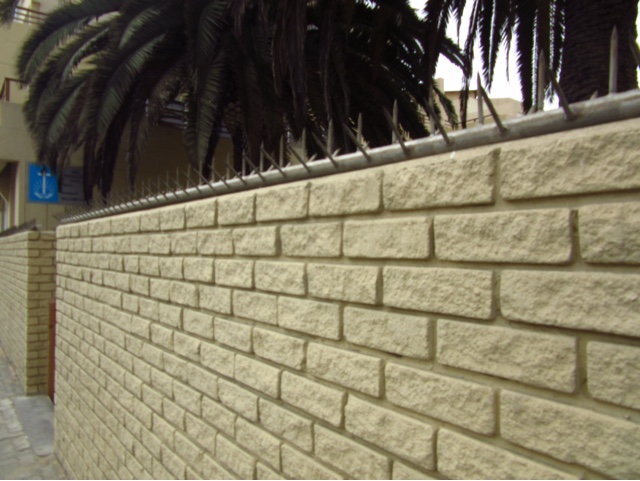 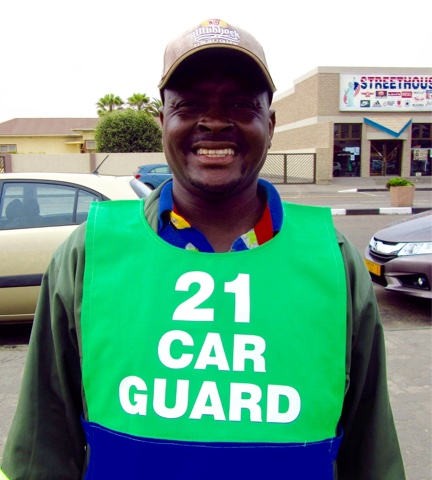 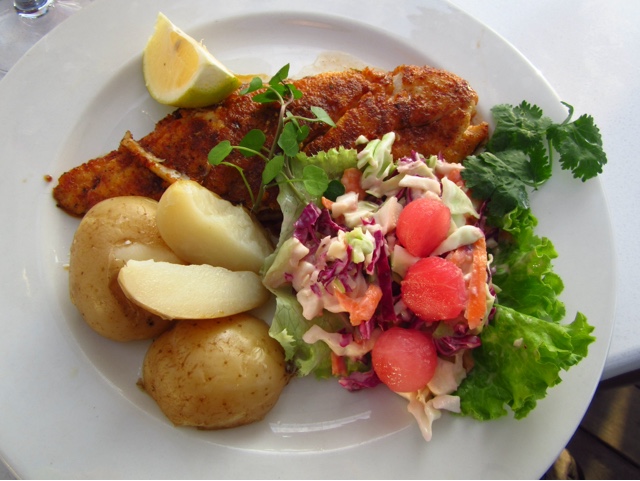 on the deck at "The Tug" restaurant, a retired tug boat named Danie Hugo- 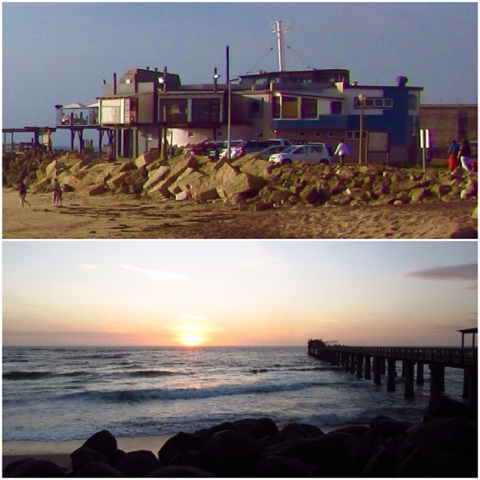 I had a great day - eating, shopping, getting a massage and touring townships.  The weather was so comfortable and Swakopmund is a very modern and clean city.  I felt like I was almost at home!

Looking forward to quading in the sand dunes tomorrow!