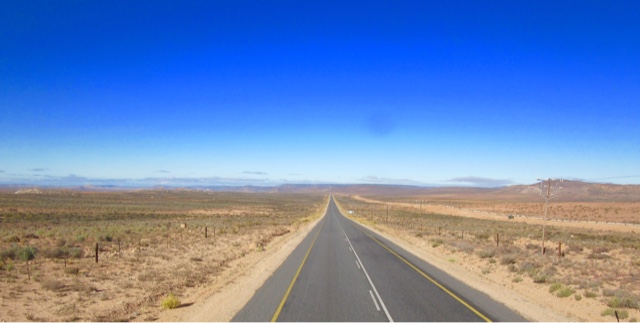 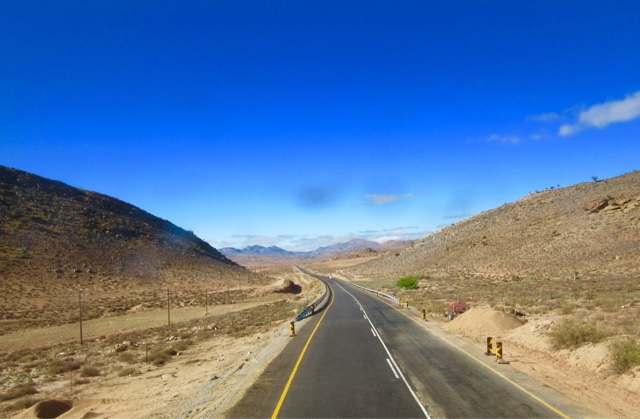 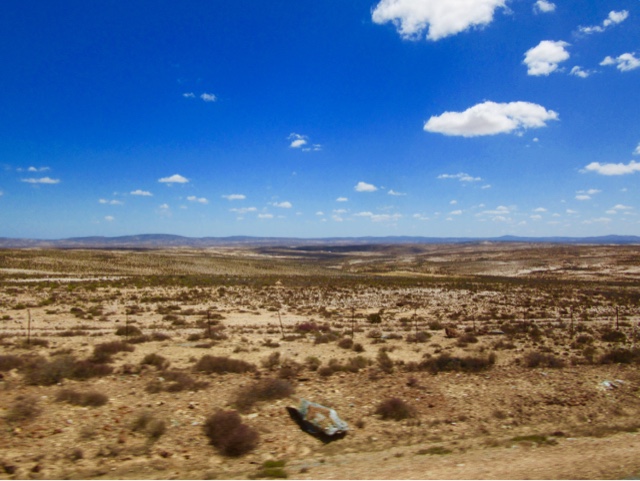 We stopped at Springbok for lunch- 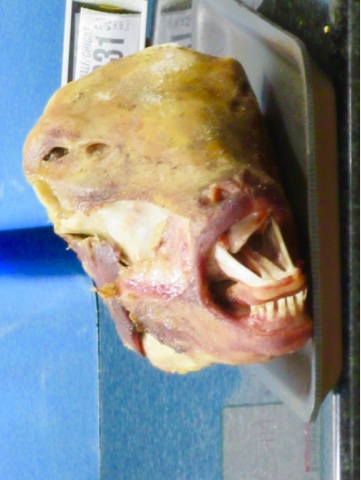 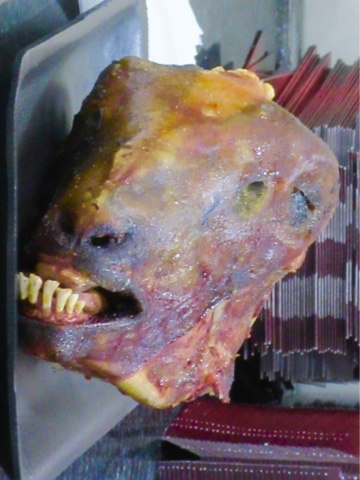 These cooked goat or sheep heads were ready for sale.  No, I didn't buy one! But I did buy a hertzoggie for dessert - it's jam and coconut - delicious! There was a lot of construction along the way. Workers wave a flag like at a NASCAR race letting you know you have to stop ahead- 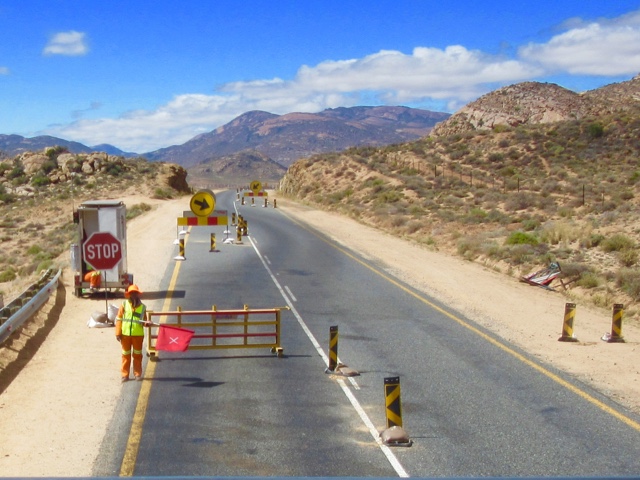 I've spent a lot of time on 'the beach' lying down, watching the road ahead- 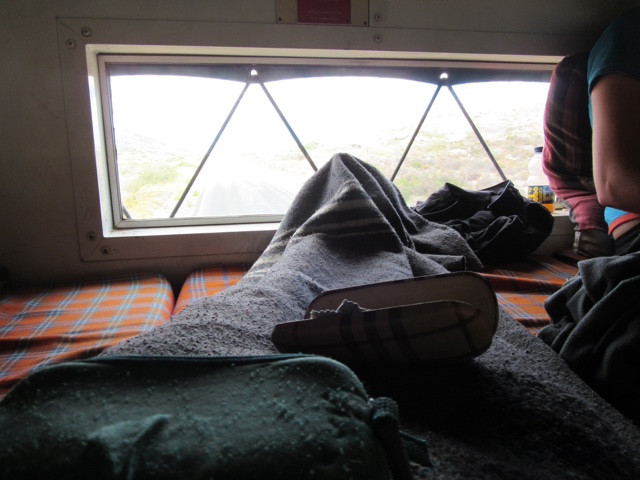 I've found it to be the most comfortable way to travel on this truck and I like seeing what's coming.

We stayed at Highlanders, a vineyard in the Olifants Rver Valley close to Trawal- 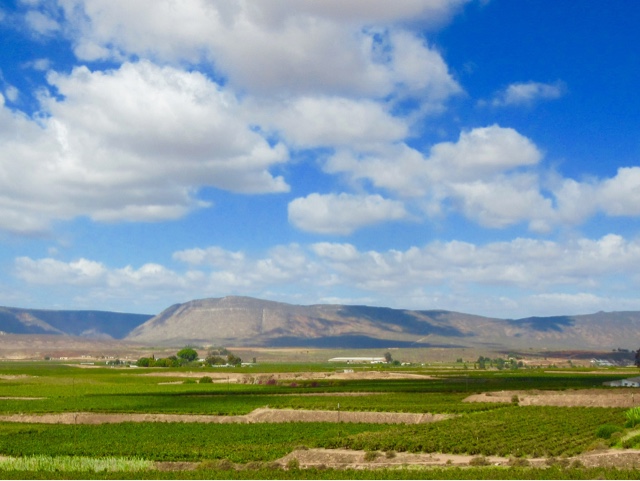 We enjoyed a wine tasting- 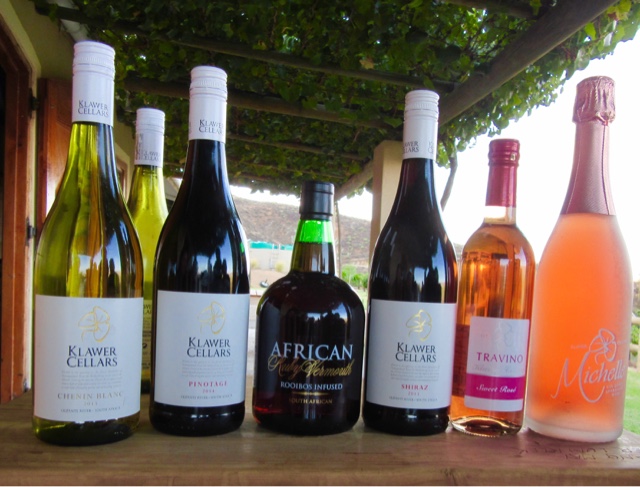 complete with a variety of cheese and crackers- 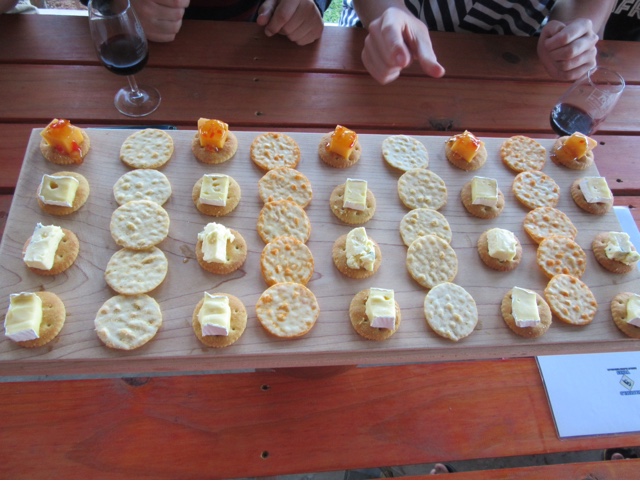 Sparky and his wife have 4 hectares of white grapes and take their produce to a local winery with 67 other wine farmers.  They sell all over the world, including British Columbia.  They are able to sell all they produce and have won numerous international awards.  His hope is to start making his own wine in the near future.  The etiquette, or label, has changed numerous times to entice the buyer because apparently we usually buy wine because of the look of the label. 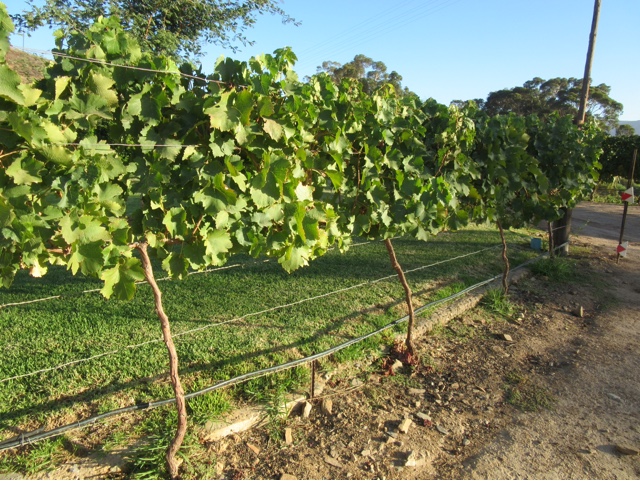 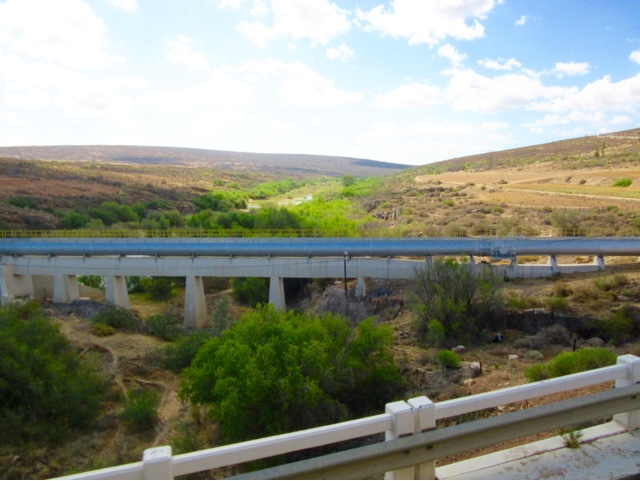 that was built by POW during and after WWI, this valley would be nothing but dry desert. 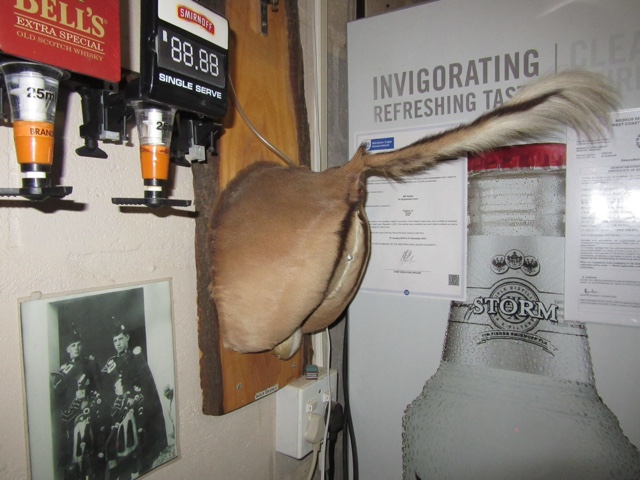 The view from the shower- 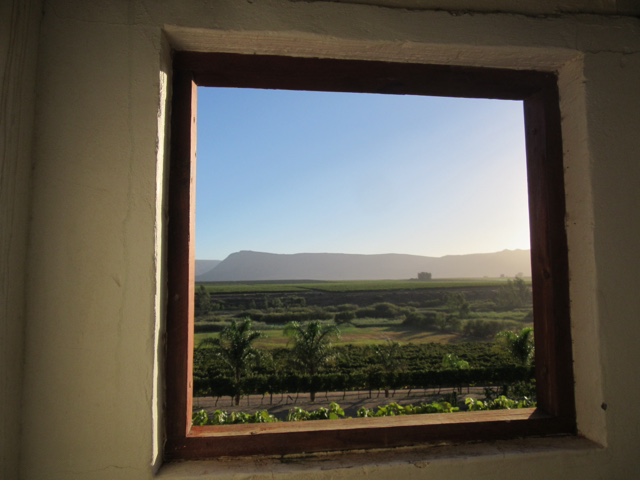 Tonight is the LAST night in my tent.  I had thought to leave it in Africa because some of the screen is tearing but I am going to bring it home in case I get to go tenting again- 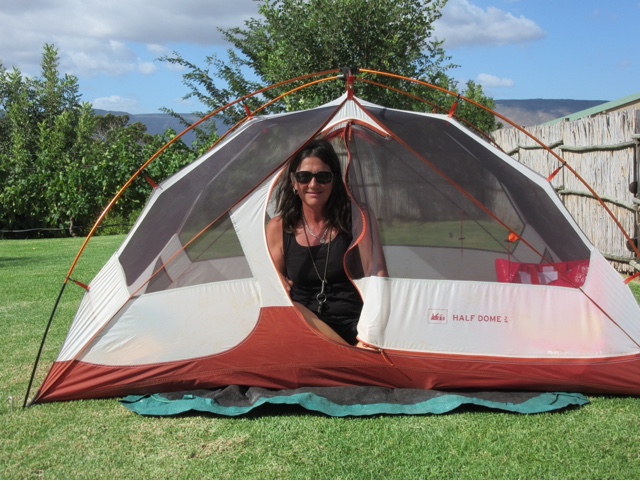