We left Stellenbosh, heading to the most southerly tip of Africa: Cape Agulhus.
Along the way- 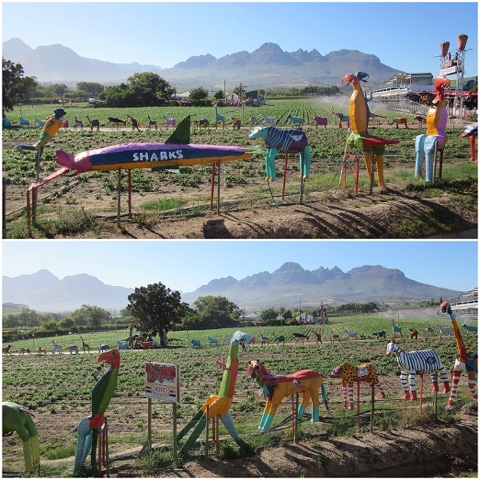 The fields are huge- 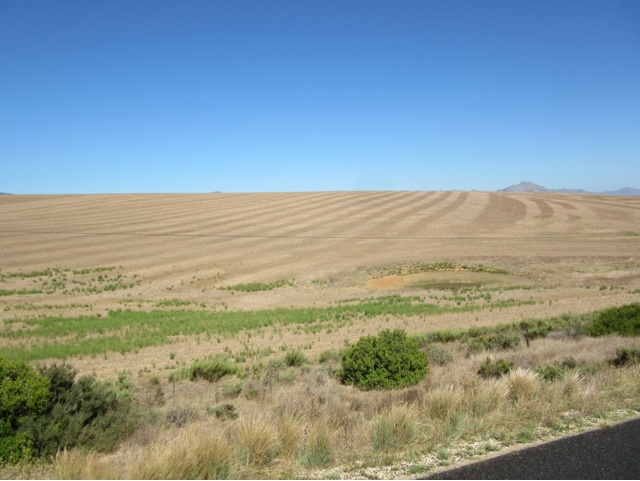 and I've only seen a few two wheel drive tractors.  The countryside is beautiful- 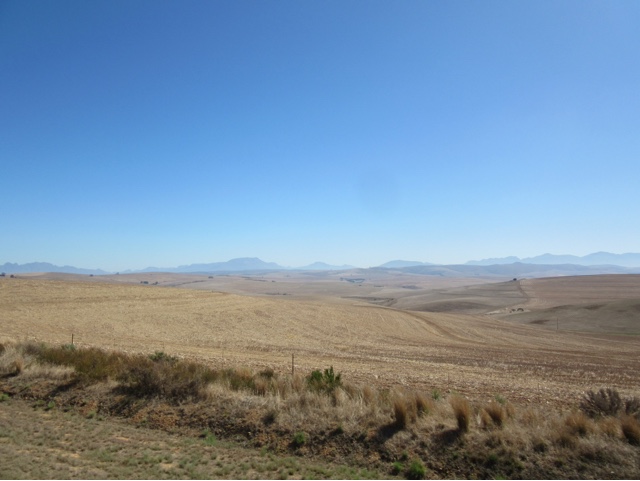 The style of homes in the towns like Napier is interesting- 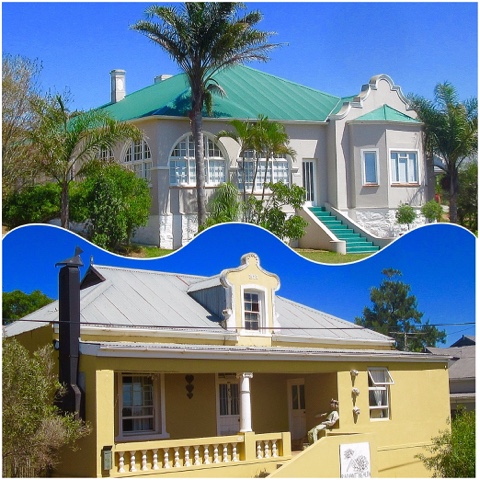 Most towns also have a large church- 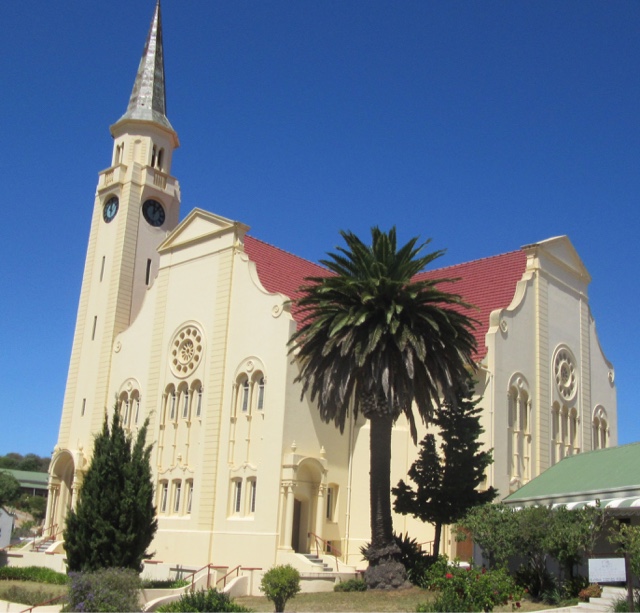 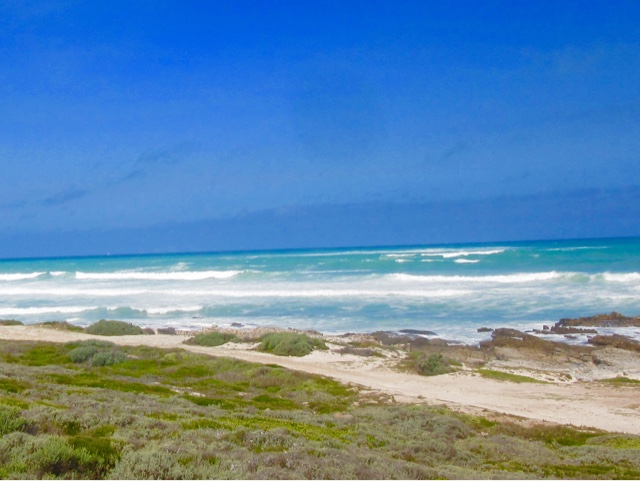 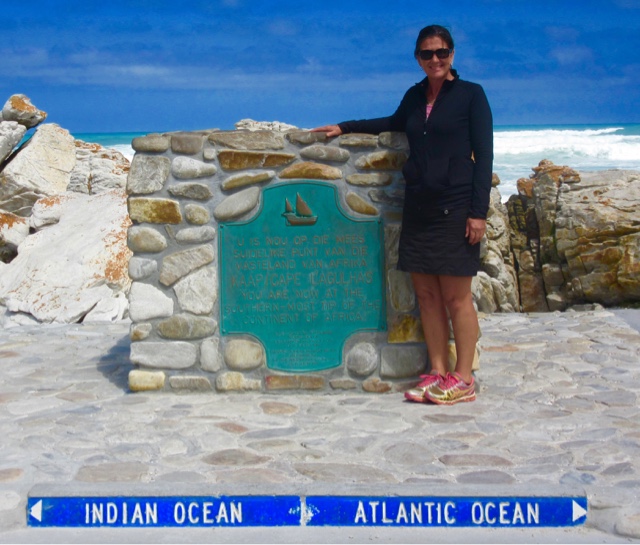 The waves are the second highest in the world, after Cape Horn- 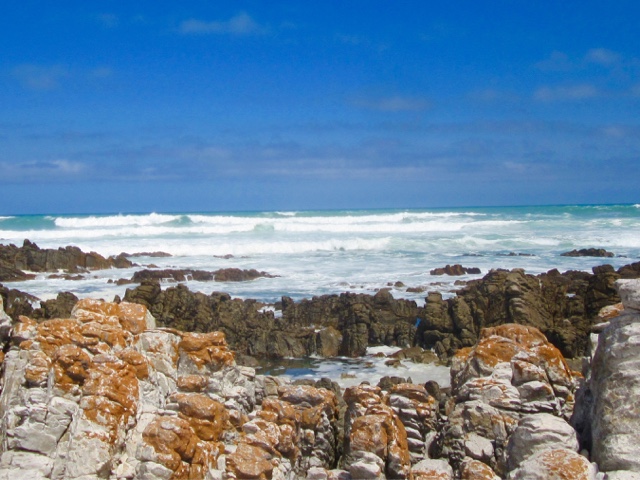 and there have been many shipwrecks, including the Marie Else.  This is a figurehead replica from the French ship that went down in 1877- 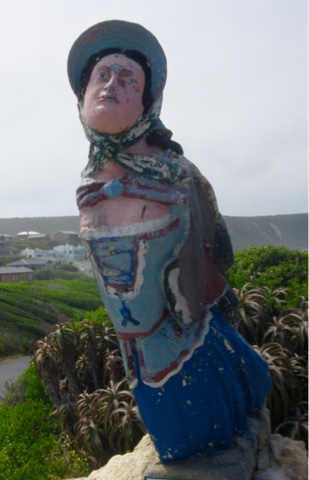 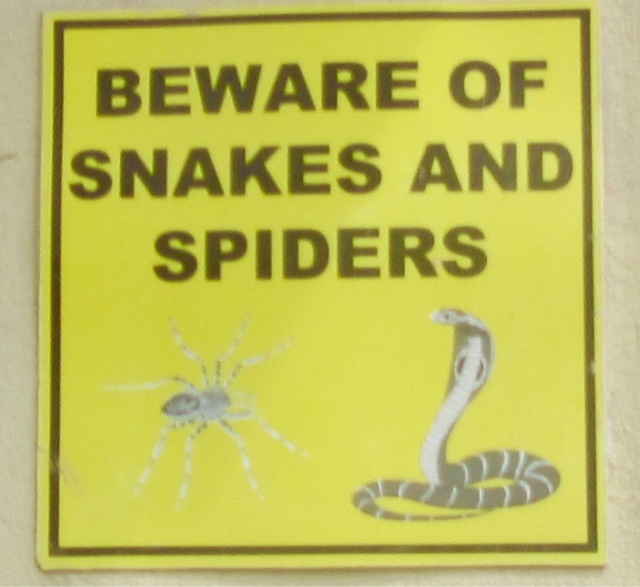 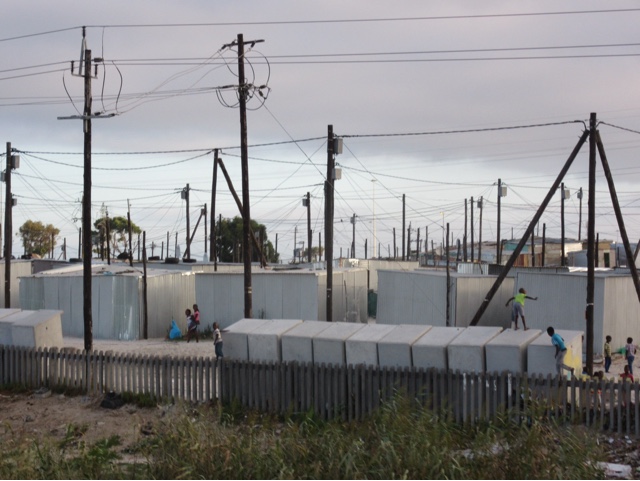 Homes are made from whatever they can find- 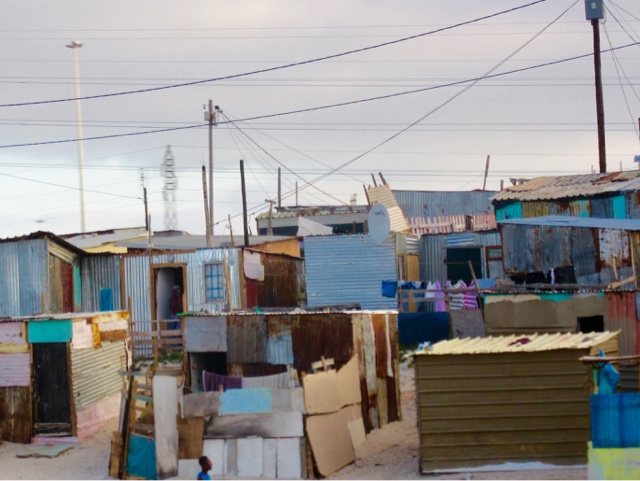 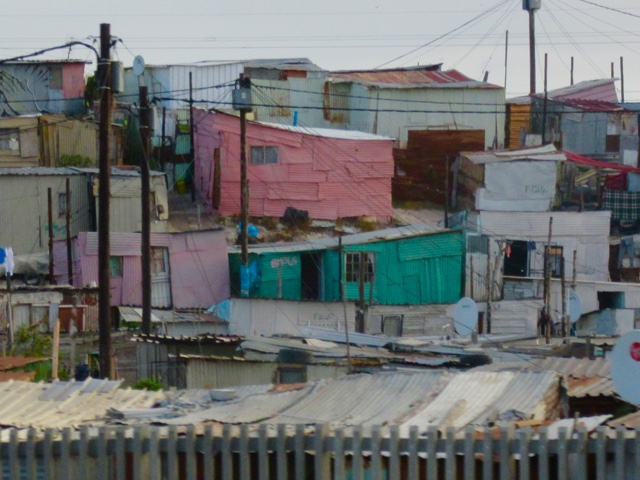 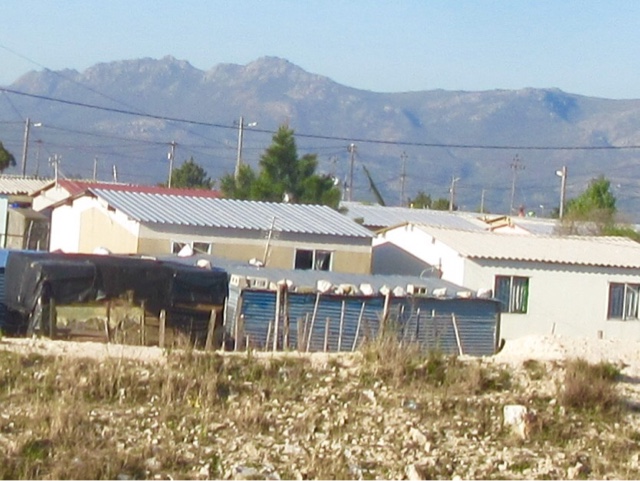