Leaving the bush camp we arrived at- 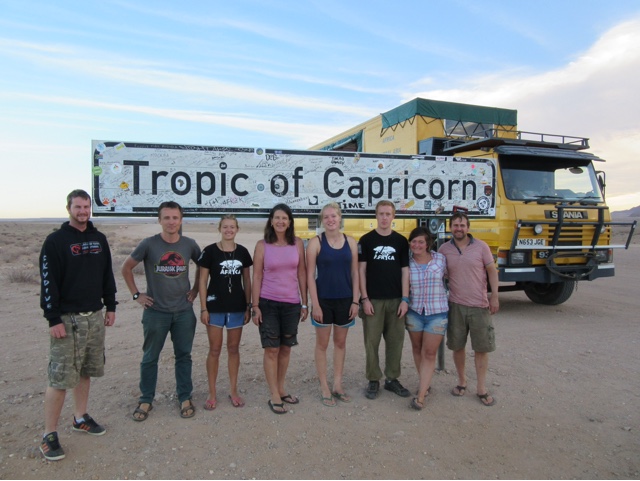 Adam, Rob, Jess, me, Poppy, Rhod, Helen and Dougie.  Oh ya - forgot the Beast!
A small herd of oryx crossed in front of us and then decided to race. When they realized they were no match for the Beast, they just charged through the fence.  Some rancher is not going to be happy- 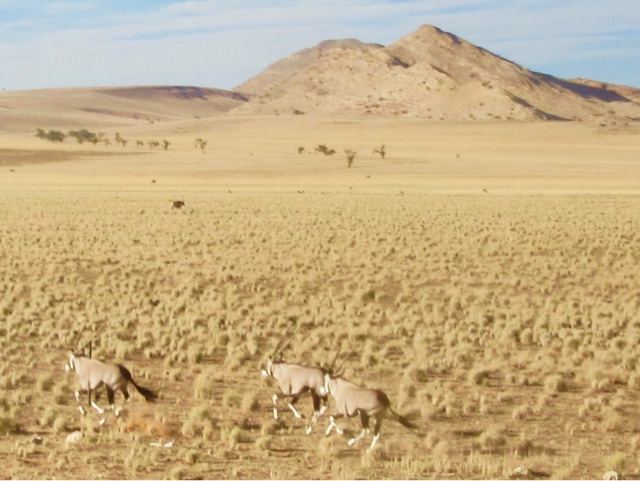 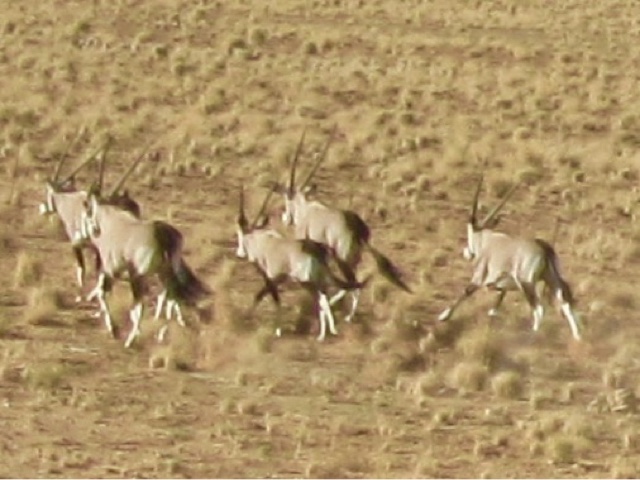 We stopped for apple pie at Moose McGregor's Desert Bakery in Solitaire, population 60- 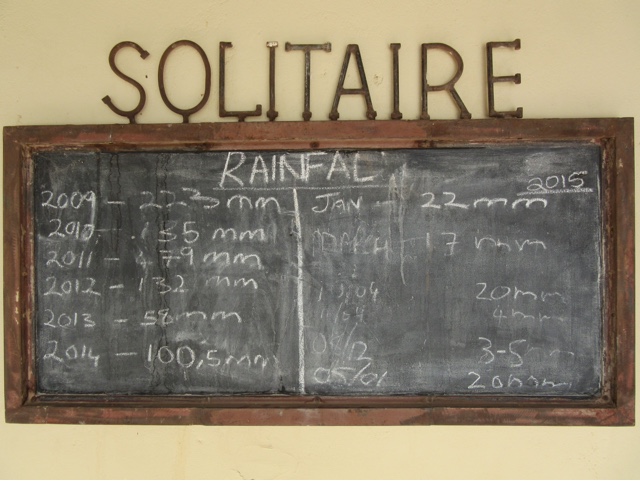 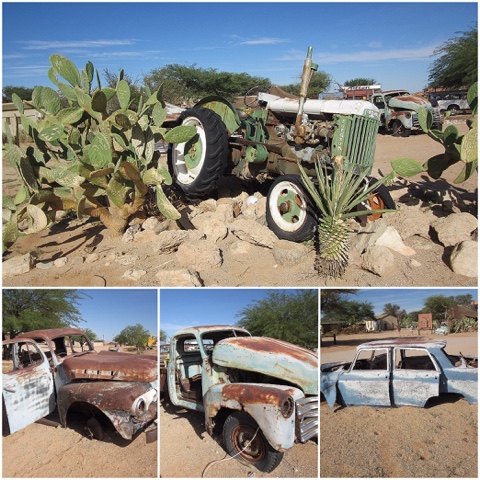 Sesriem is at the south end of the Naukluft Mountains and is the gate into Sossusvlei which consists of 2 parts - the dead trees at Deadvlei which I missed because as our guide dropped us off, he pointed to a green bush (there were quite a few) and said to just walk past it.  Well we did and came to a big salt pan - 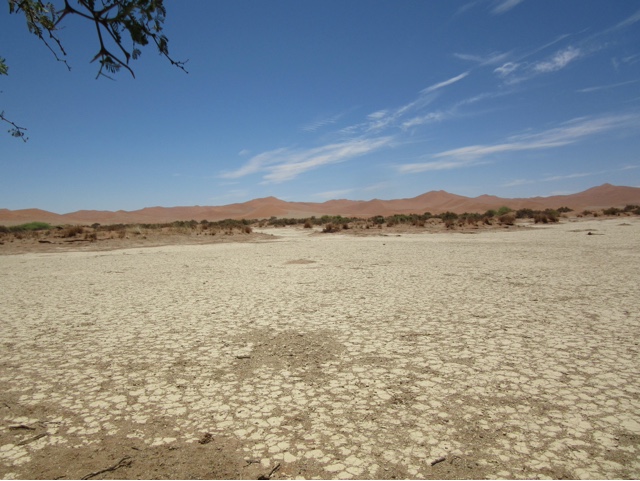 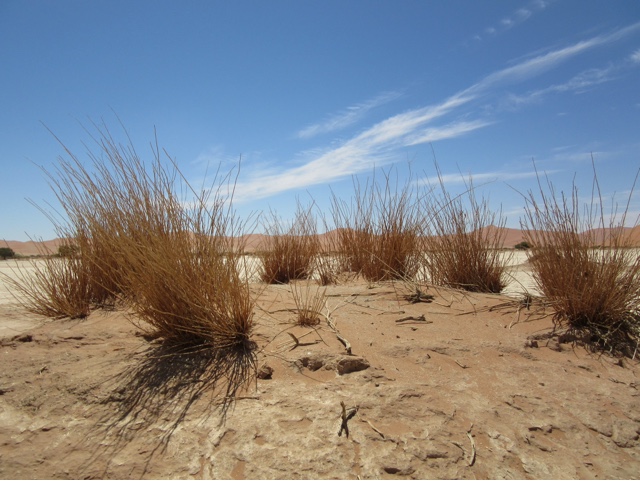 with no dead trees.  Not knowing any better, that's as far as we went but learned later that we hadn't followed the right angle from the 'green bush'.  It was too hot for me to try again.

Sossusvlei is another sand area with big trees- 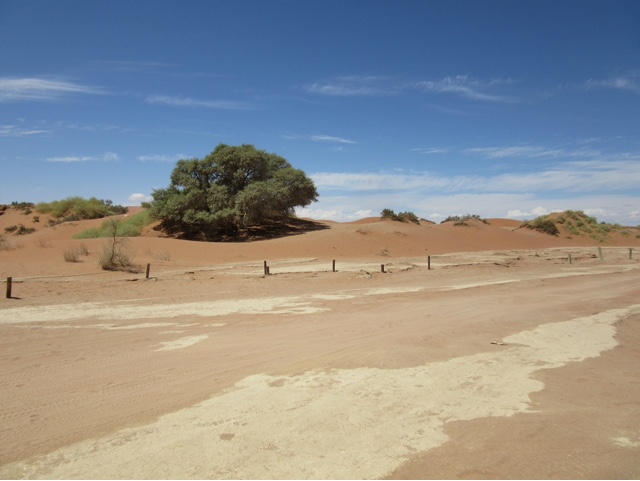 Not really sure what the big deal is especially mid day when it is very hot but whatever.  I am looking forward to a nice campsite complete with cold beer and swimming pool and the seafood supper that Jess and I are making for our LAST cook group.  Tomorrow, not looking forward to a 5 am start to climb Dune 45 in time for sunrise and the long drive and the bush camp but, WHATEVER!!!  Can you tell I've had enough?  😀
at February 22, 2016