Etosha National Park covers more than 20,000 square kilometers.  Etosha means Great White Place of Dry Water which refers to the Etosha Pan which is a flat, salt desert that is more than 5000 square km- 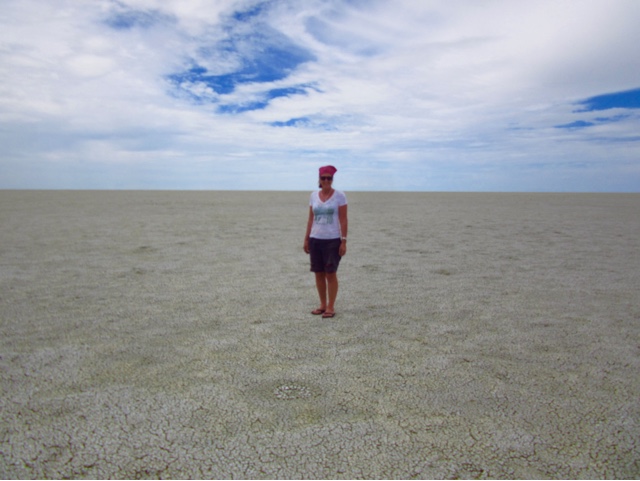 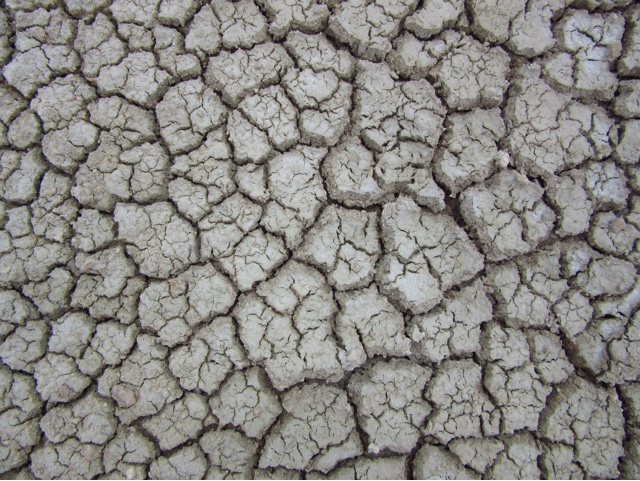 The white rhino, really the wide rhino is so called because of his wide jaw- 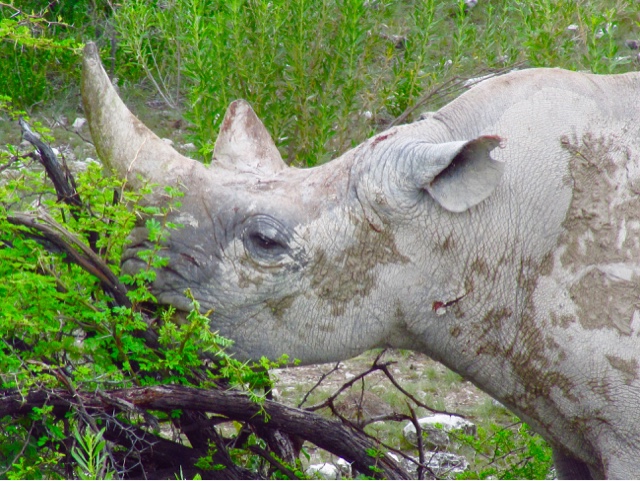 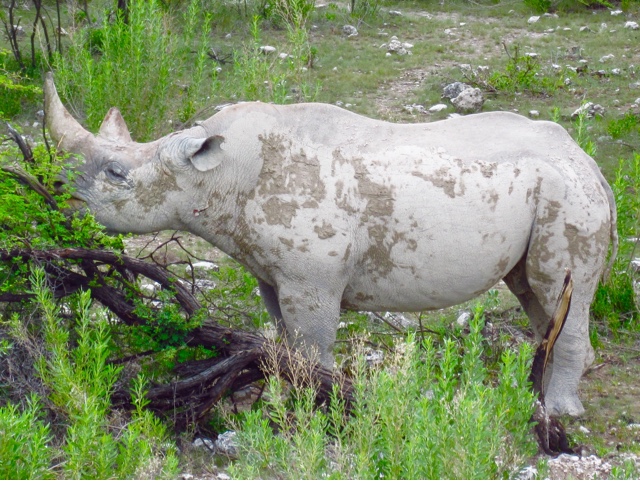 There are more than 340 species of birds, including the ostrich- 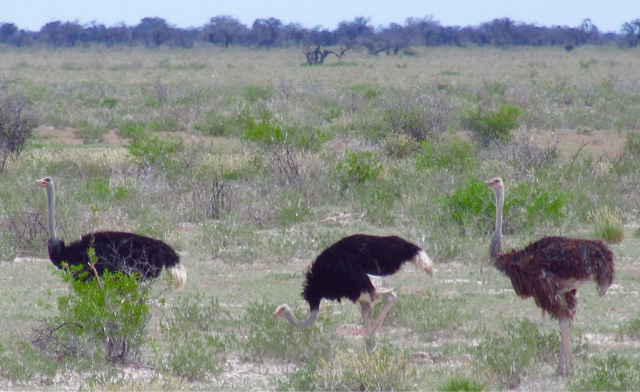 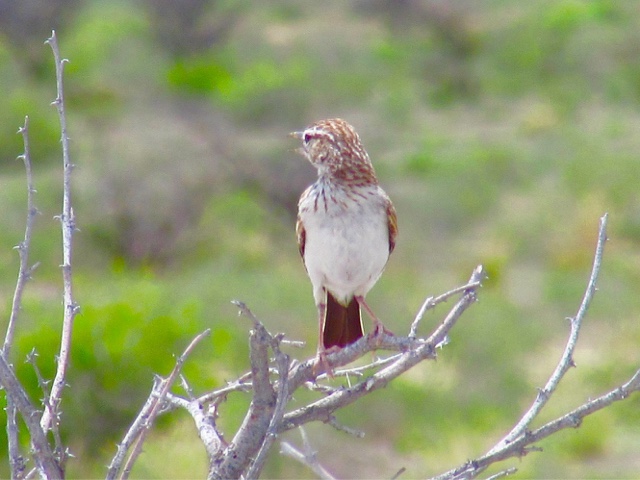 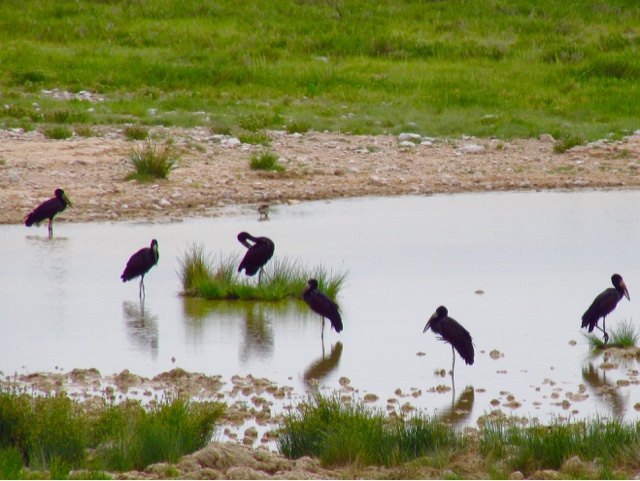 The Damara dik-dik is a miniature antelope, very quick and hard to get a picture of- 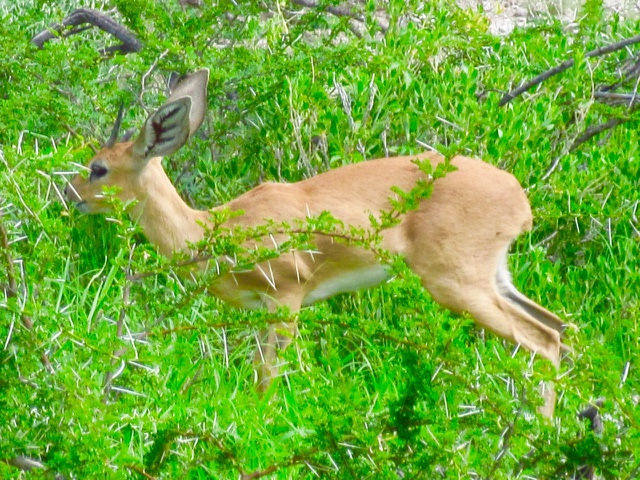 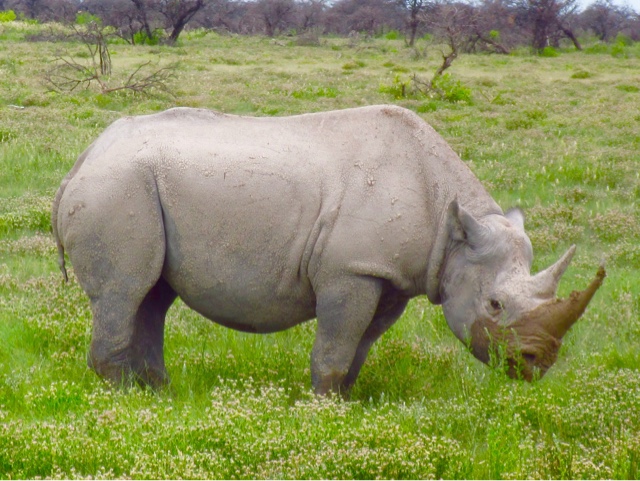 has a pointed jaw and a huge butt- 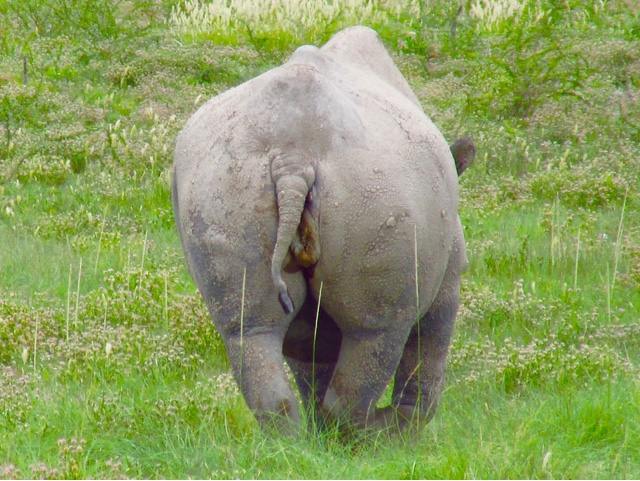 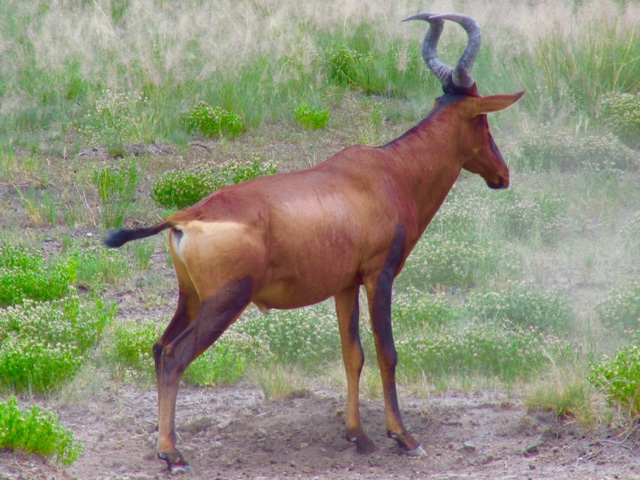 This poor wildebeest was in the process of calving.  Hope she made out okay.  You can see the front foot sticking out- 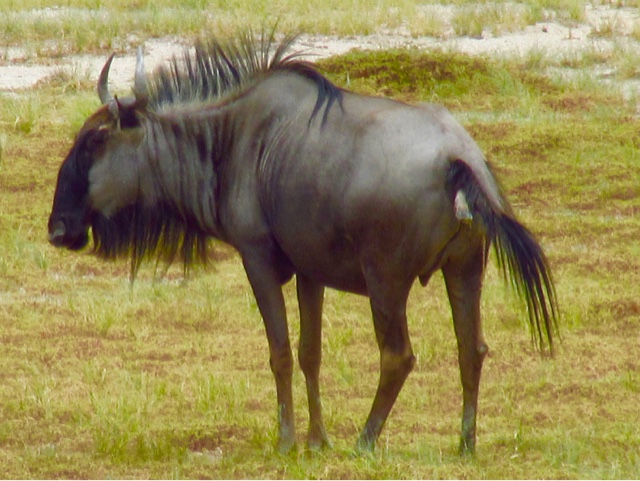 Jackals were enjoying a dead giraffe- 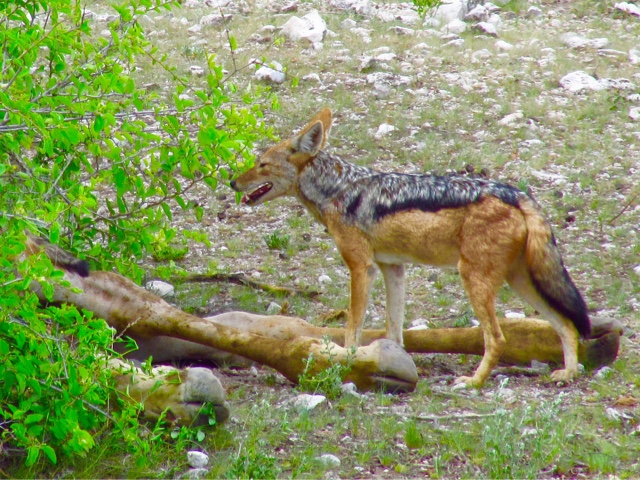 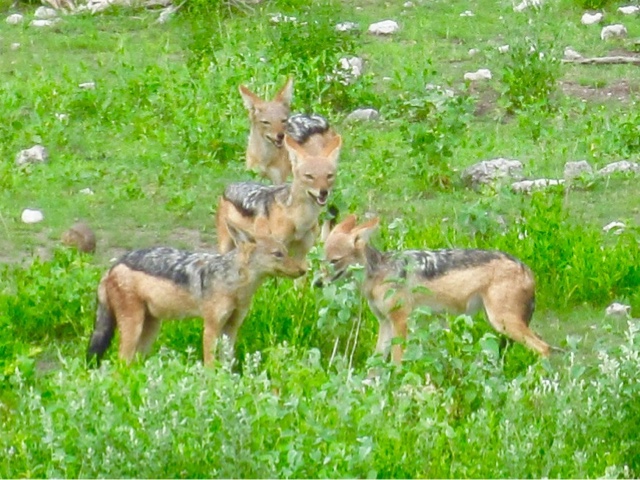 that we think he might have had something to do with- 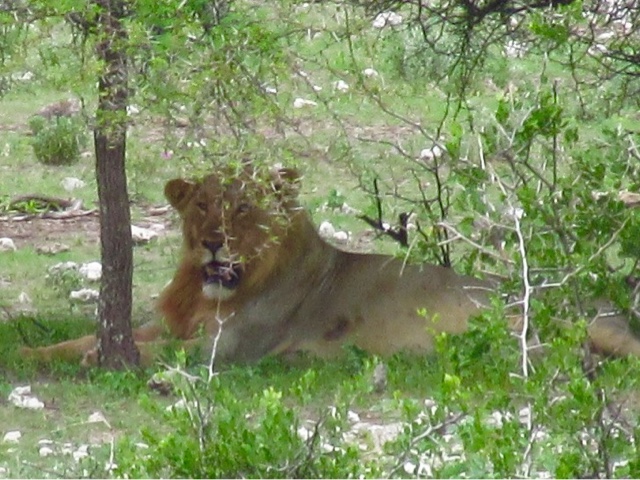 Giraffe have to spread their legs to drink.  They are very vulnerable in this position- 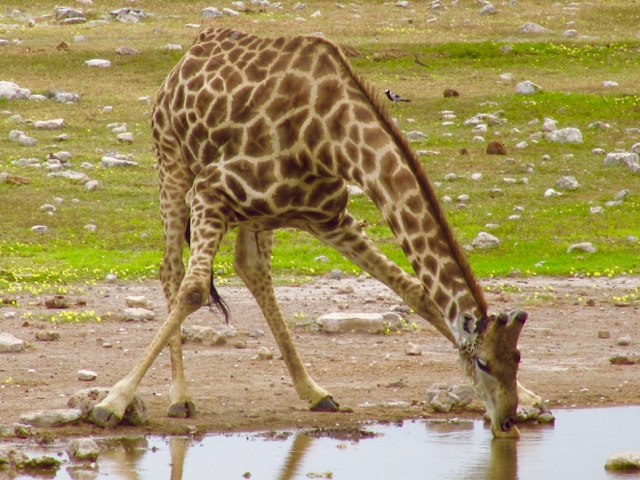 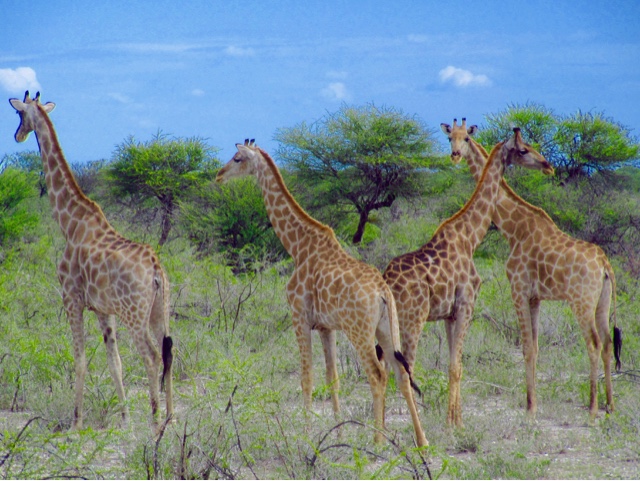 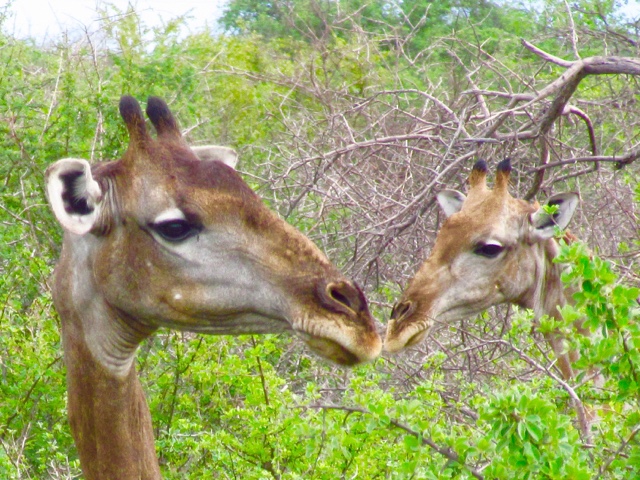 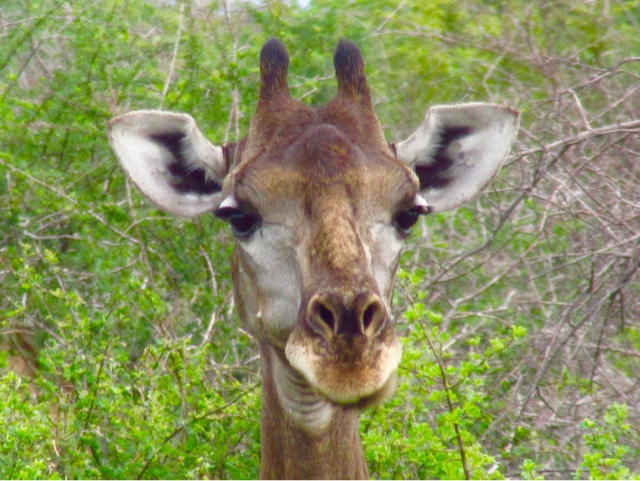 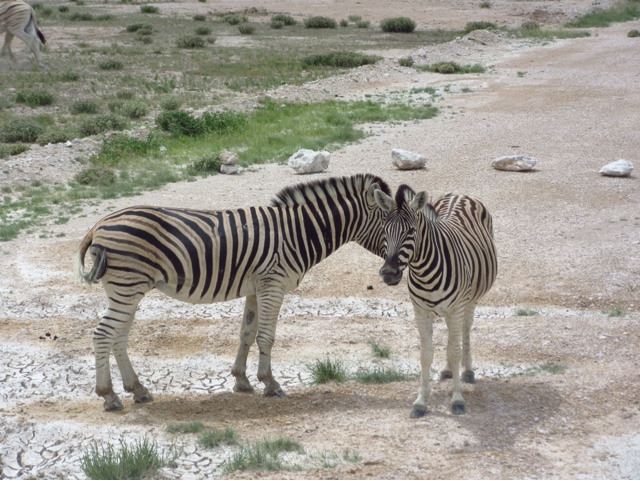 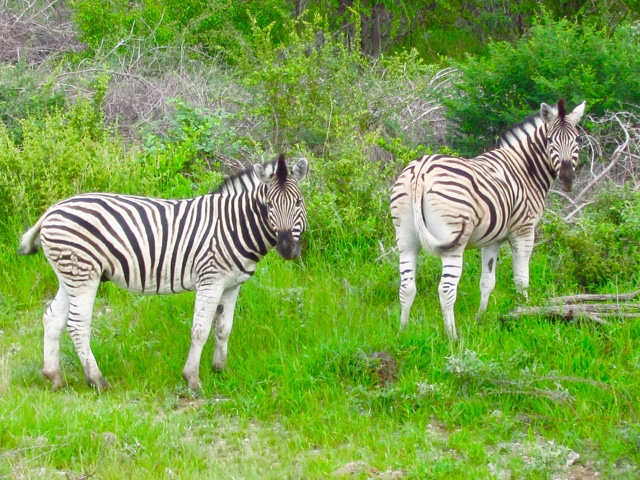 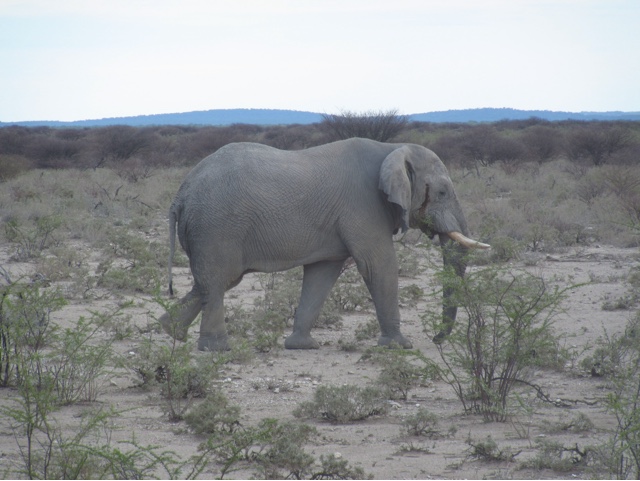 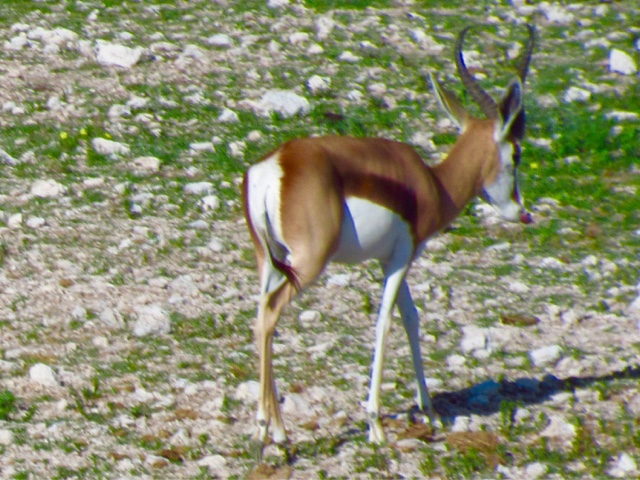 We're spending another couple of hours here tomorrow morning then heading for Cheetah Park to play with pet cheetahs!
at February 16, 2016