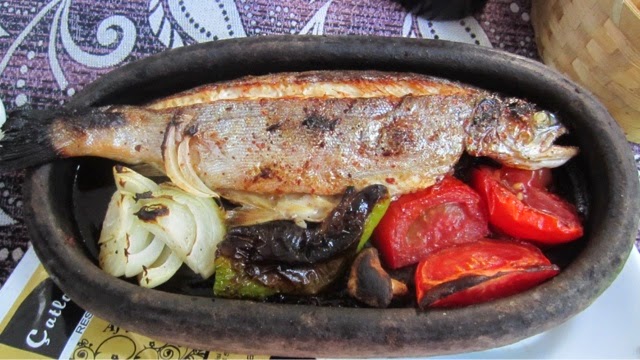 This morning I walked from the Selime Monastery to the town of Ihlara.  It was long and hot but I saw some unbelievable churches along the way.  The first was Direkli (Columned) Kilise which has 6 columns and burial chambers in the floor.  The frescoes are dated from 976 to 1025- 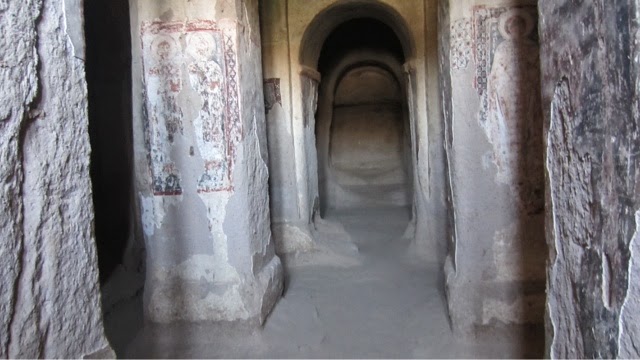 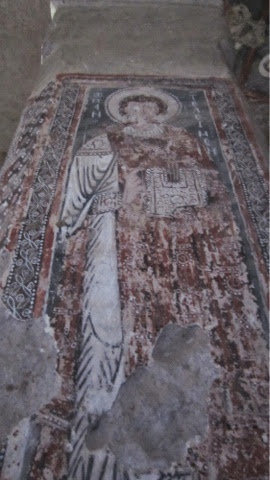 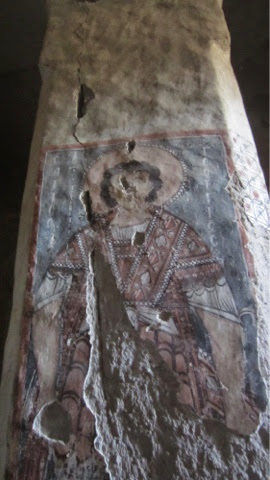 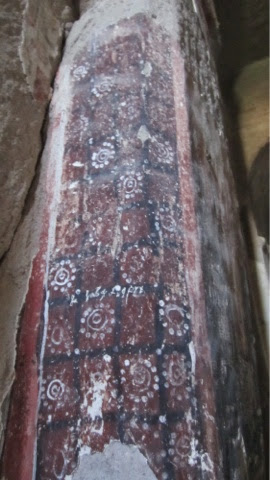 Next was Bahattin'in Samanligi (Bahattin's Granary) Kilise and it's best known for its fine frescoes.  They date from the mid 10th century to the middle of the 11th century.  It's also important to know that first the rock had to be hollowed out and made in to rooms before the frescoes could be painted on the walls.  What a lot of work! 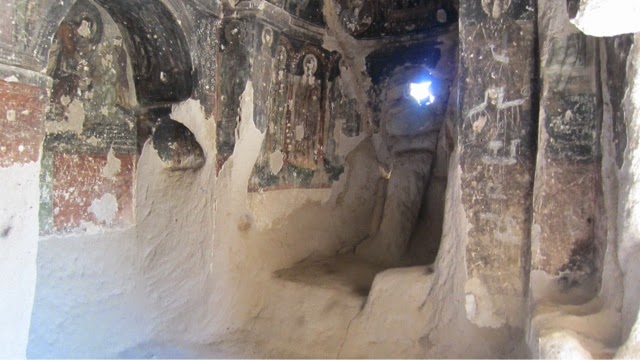 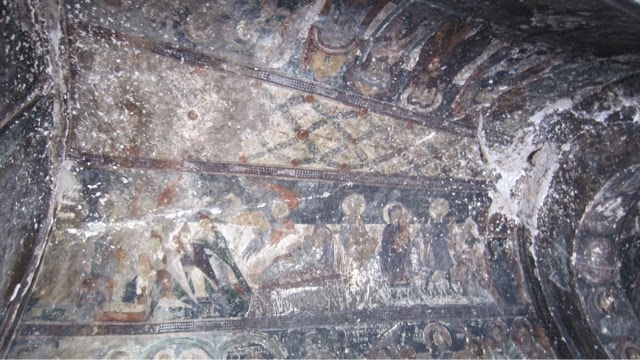 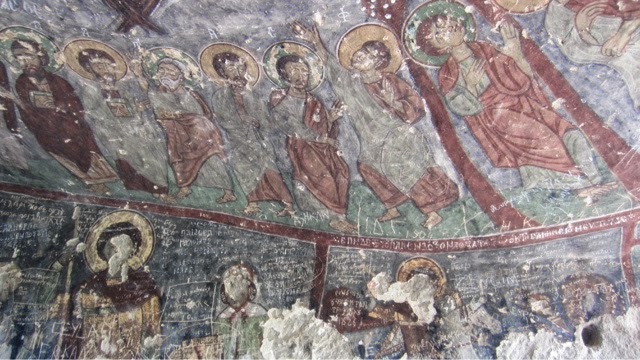 Unfortunately it is badly graffitied but here is St. George on a white horse slaying a 3 headed snake- 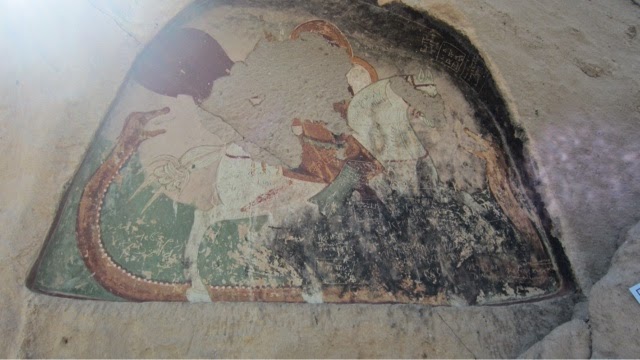 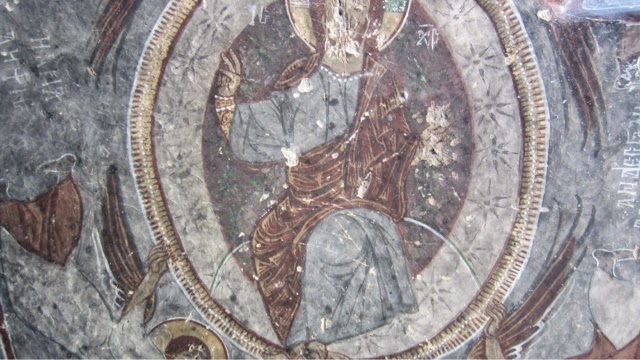 The facade of Sumbullu (Hyacinth) Kilise was very nice- 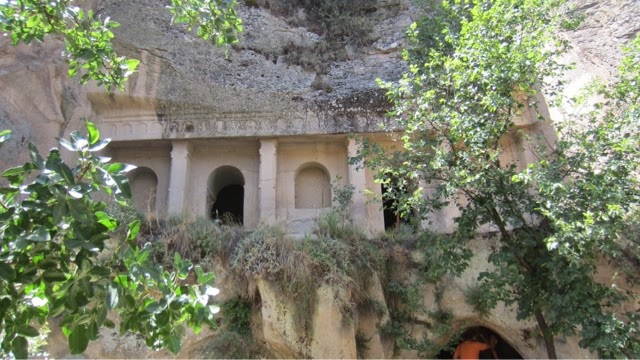 This is from where we walked.  I was completely exhausted! 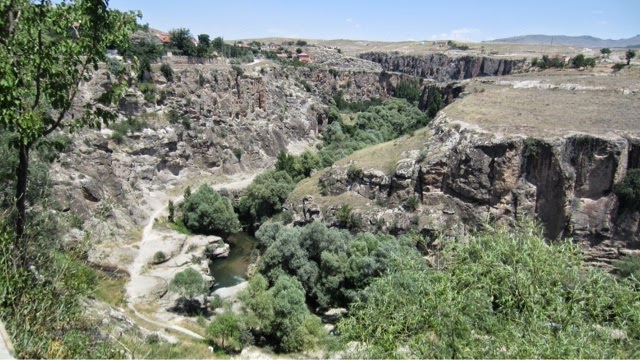 This afternoon we visited the underground city in Derinkuyu.  These cities have been dated at 4000 years old!  During the 6th and 7th centuries, when Persian and Arabic armies tried to wipe out the Christians, the Byzantine Christians would escape into their underground cities.  Around 137 of these cities exist.  Around 10,000 people lived in this particular one, sometimes spending months underground.  The air shafts, which descend 100 m, were disguised as wells, and were also used for excavation purposes.  We saw stables, a kitchen and the dungeon- 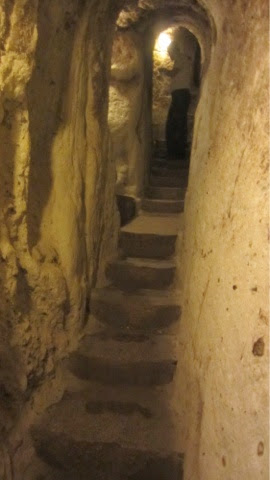 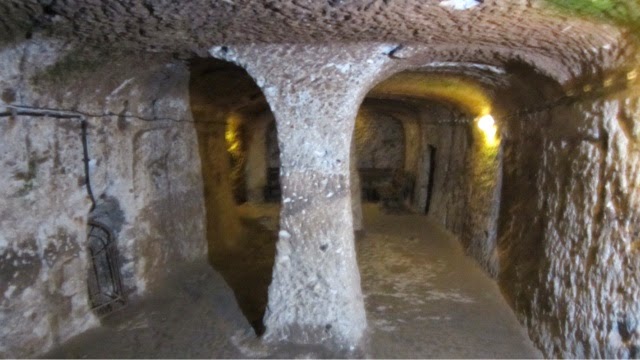 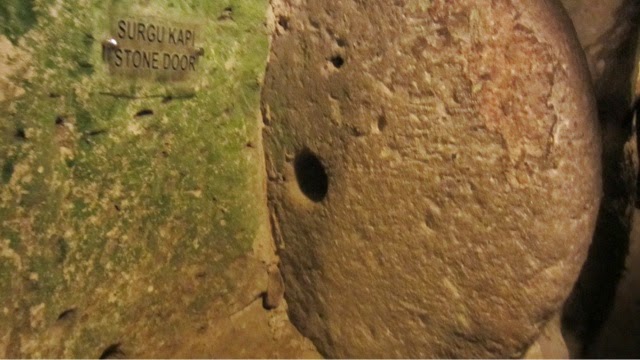 We are now camping in luxury!  We have a swimming pool - something we're all enjoying after the hot days.   Tonight we're going to watch belly dancing and tomorrow morning at 4:30 ballooning!