Leaving Istanbul, we drove along the Sea of Marmara, on our way to Gallipoli- 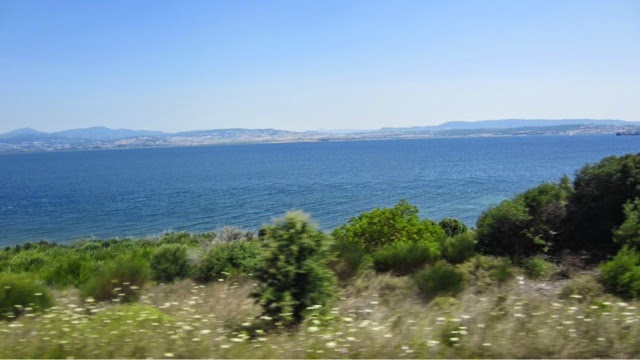 Gallipoli is where, in 1915, (almost 100 years ago!) during WW1, an Allied force of mainly Australians and Kiwis tried to take Turkey to open a route to Russia.  130,000 died, one third were Allies and the rest Turkish.  Winston Churchill organized the naval assault and after 9 months of ferocious combat, the Allies withdrew.  Today, foreigners, mainly Kiwis and Aussies, commemorate the battle with Anzac Day April 25th.  We visited the museum and there were some interesting displays- 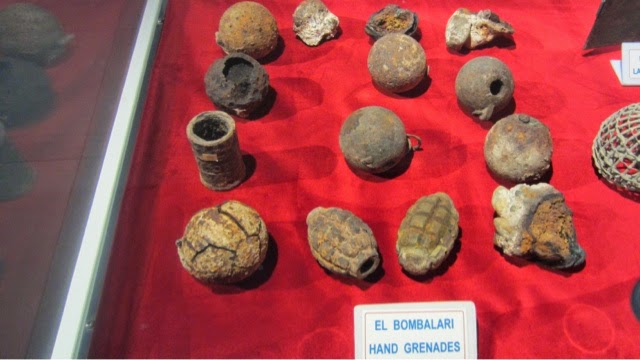 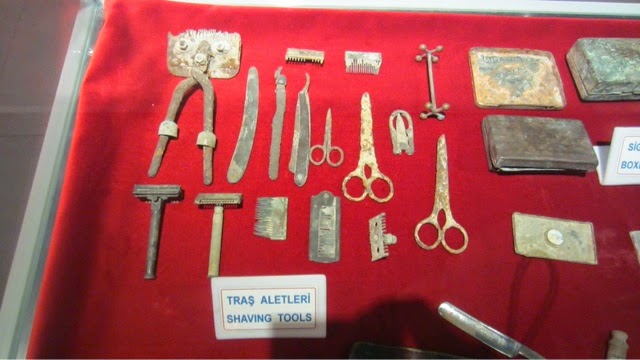 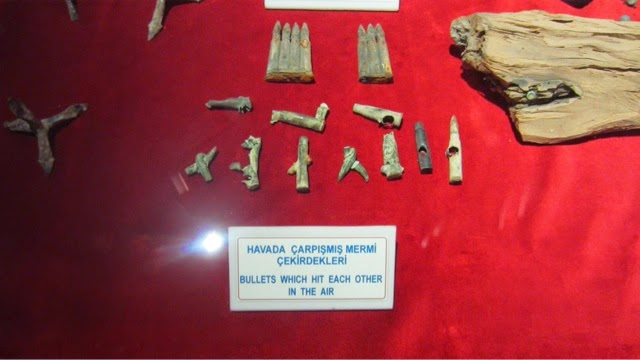 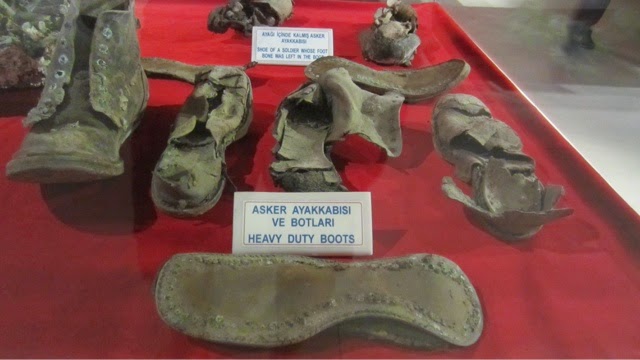 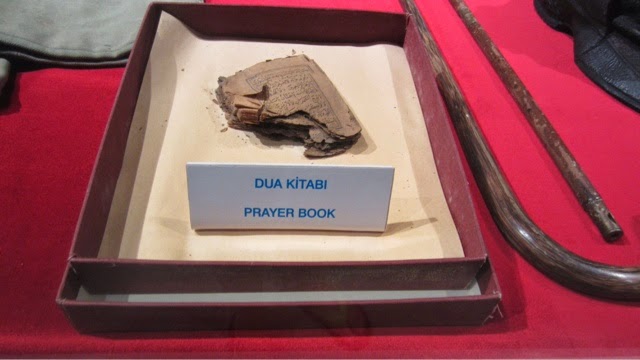 We also watched a one hour video.  We had to change rooms ten times!  We wore 3D glasses, felt the floor shake when bombs exploded, rocked while we were 'in the water' and listened to a lot of Islam propaganda!

This area is filled with monuments.  We visited the New Zealand one which is at the site of the battle of Chunik Bair.  It was here, from August 7-19, 1915 that the Ottomans and Allies fought with the Allies coming out on top to begin with, but the Ottomans recaptured the peak after a few days.  16,000 soldiers were martyred- 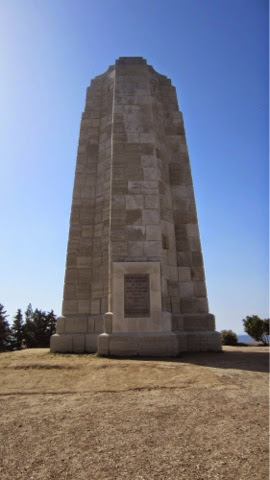 Just beside the New Zealand monument are the Turkish Chunuk Bair Mehmet Memorials.  There are 5 tablets, like fingers on a hand, praying to God- 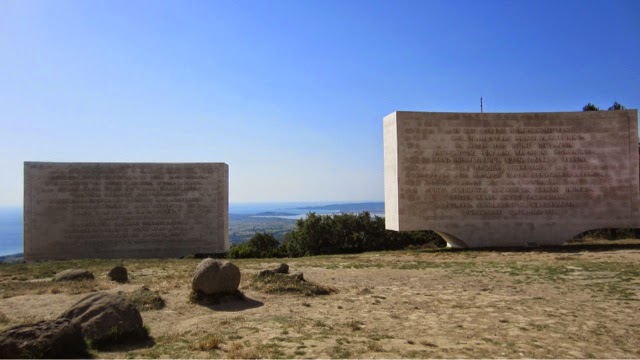 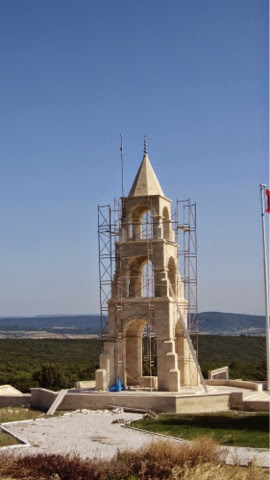 In this picture, you can see three monuments on the horizon.  Imagine trying to fight a war in this forrest! 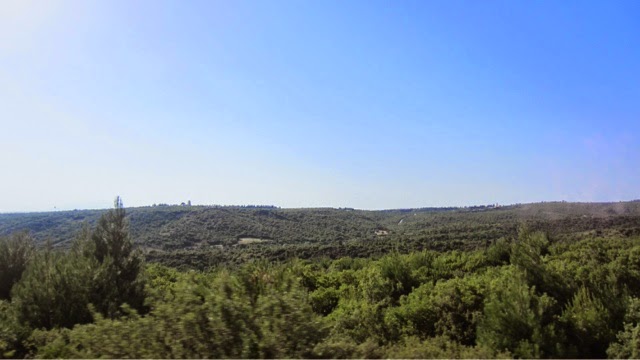 Tonight we're bush camping at the Boomerang Bar in Kemalpasa, Turkey.  It used to be a wild and crazy place when there were a lot of overland trucks travelling north from Egypt.  Since the problems in Syria, truck travel has really slowed down.  This picture, from 2005, shows the trucks that used to be here- 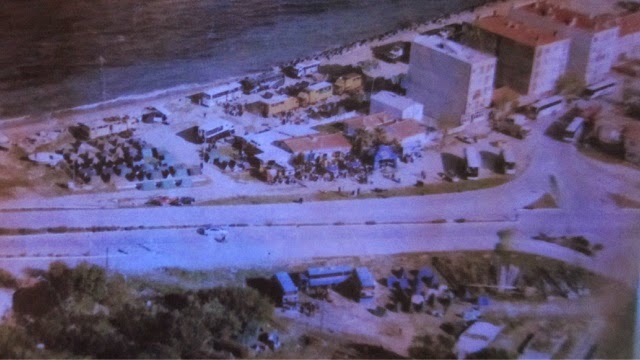 Tomorrow we're off to Troy and Ephesus. 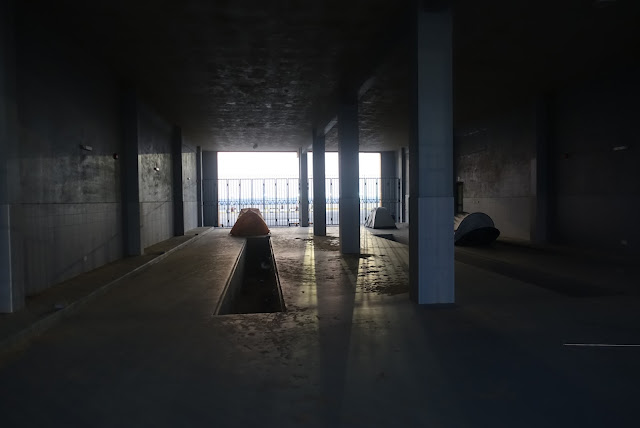