The view from our bush camp- 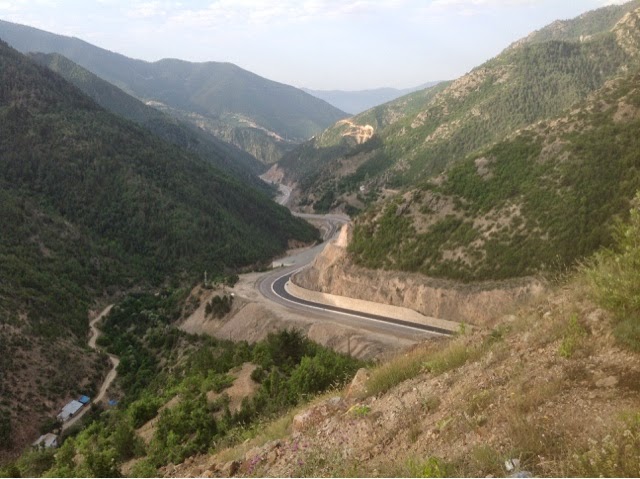 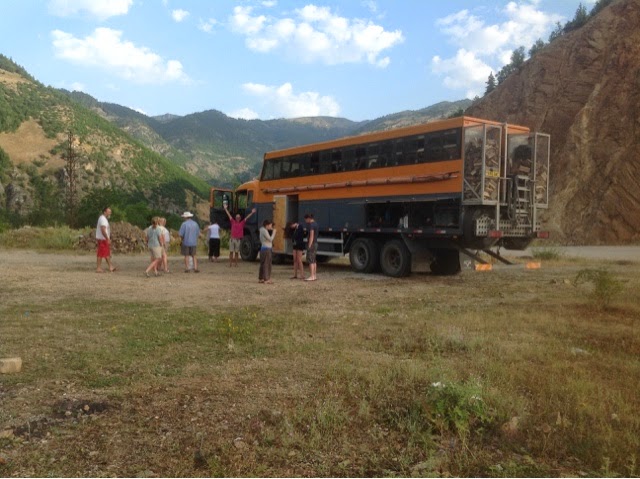 As if by magic, we passed through a tunnel and entered an oasis.  We are approaching the Black Sea- 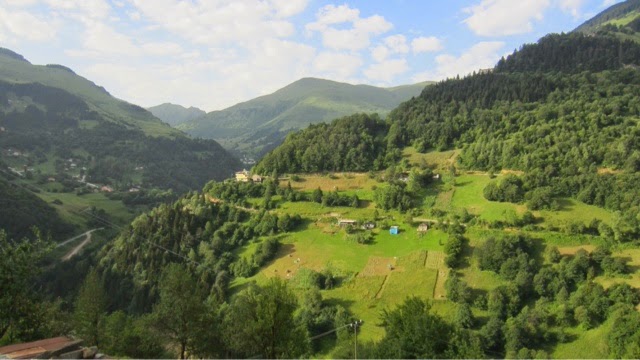 Our first stop is at the Sumela Monastery or Virgin Mary Monastery.  It was founded by 2 priests in (375-395 AD) and was restored in the 6th century.   It's a Greek Orthodox monastery, built at an altitude of 1150 meters.  It is built into the face of the mountain- 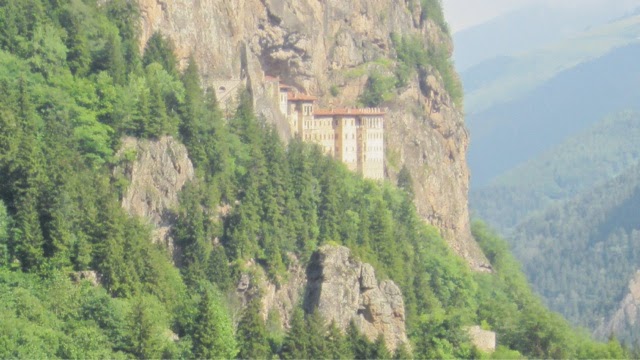 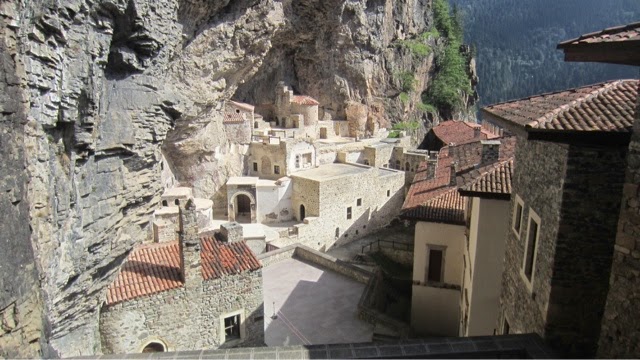 Besides a library and bakery, we visited Rock Church-

The frescoes were added in the 18th century.  They mainly depict the life of Jesus and the Virgin Mary- 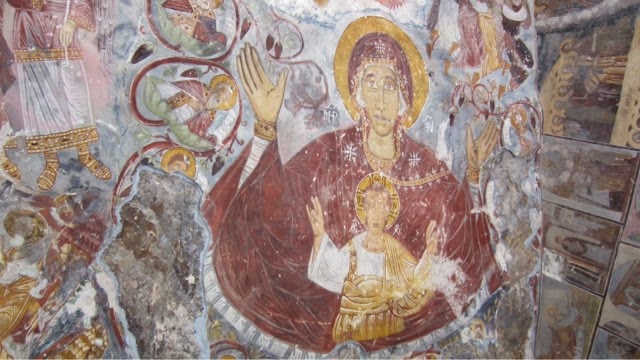 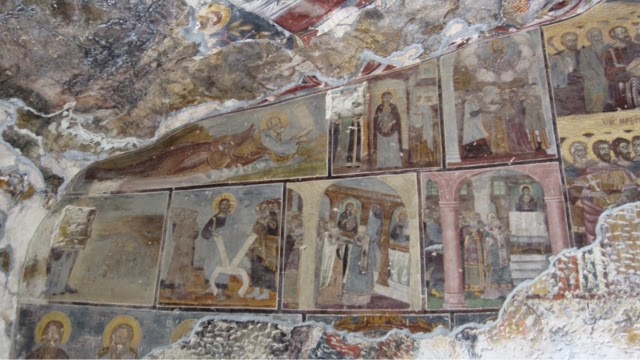 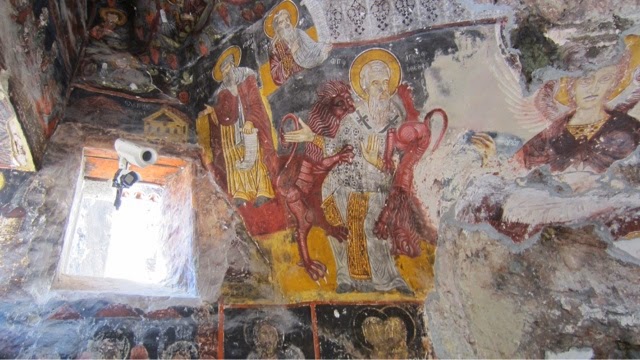 The walking path on the way out- 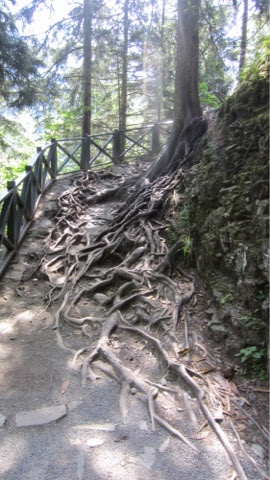 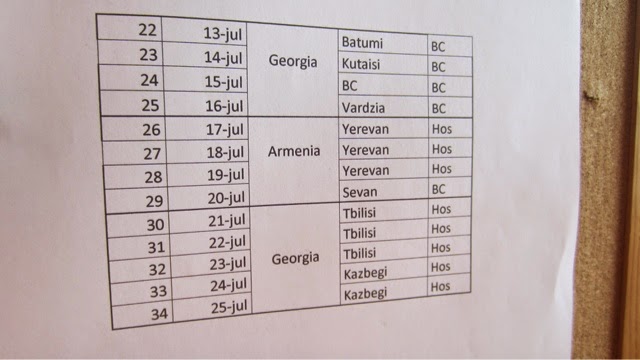 We are in cook groups of 2 and last night was my 3rd time to cook.  So far there are 8 cook groups, but there are a couple new people joining soon.  We only cook when we're camping, so by the look of the schedule, it's going to be at least July 27th before Dave and I are up again!  Sweet!


Leaving Turkey was no problem for most of us.  Chaz, from the UK, couldn't find her passport even after a complete search of the truck, so, she had to leave us :(   She flew to Ankara where she will get an emergency passport and then see if she's able to join us somewhere along the way.

The Georgian border was very chaotic.  There doesn't seem to be many traffic rules as cars go where ever they like!  It is very humid and hot.  We bushcamped at a truck stop so we could watch the final World Cup game - at midnight! 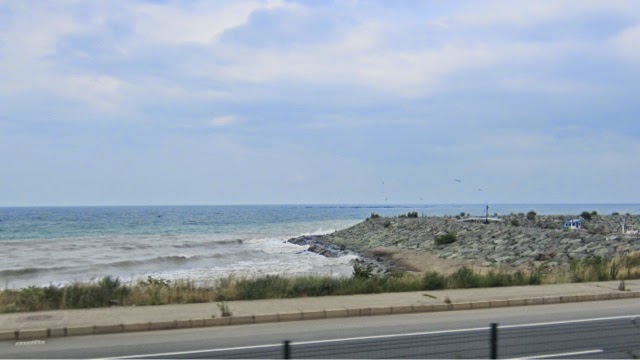 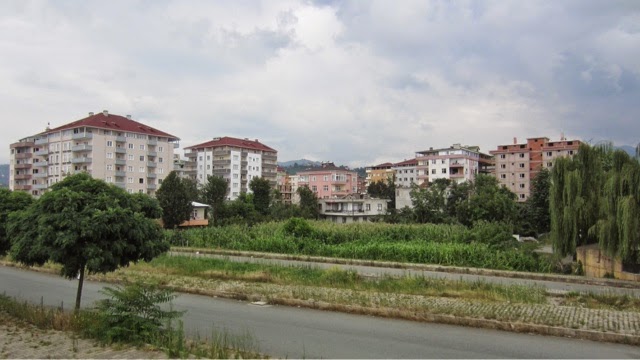