This is ul Gurko, the best preserved street in the city.  It winds its way along the gorge- 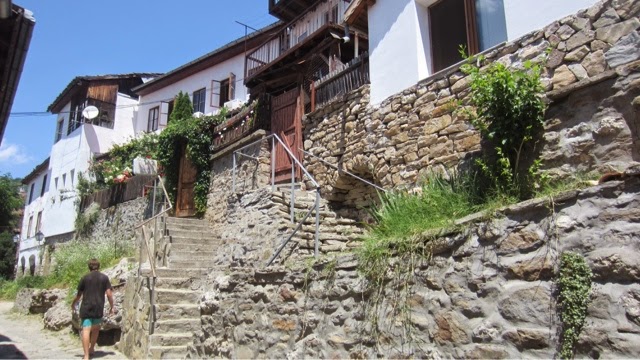 The recent Asenevs Monument shows four Bulgarian kings who were brothers.  It was built in 1985 to commemorate the Second Bulgarian Kingdom- 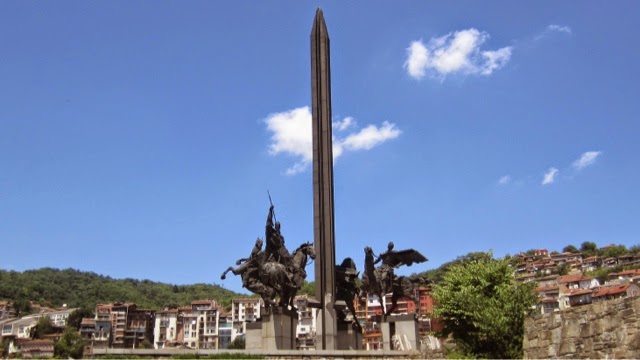 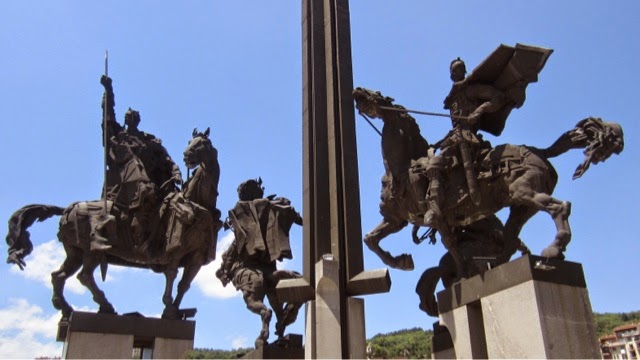 Ul Stambolov has many artisans from woodcarvers to tinsmiths- 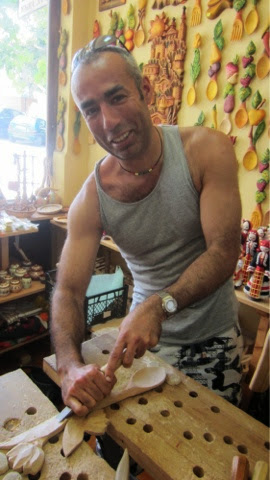 The Tsarevets fortress boasts the remains of over 400 homes and 18 churches.  It was built between the 5th and 12th centuries.  The fortress is in the background- 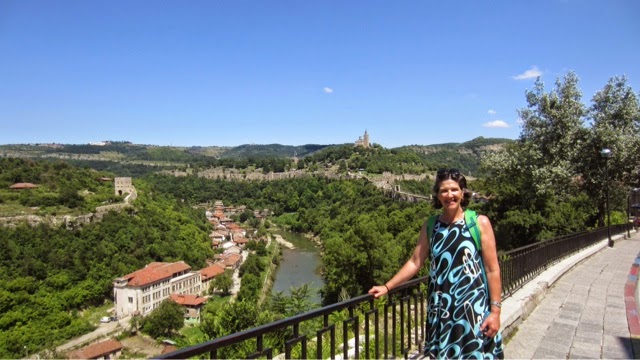 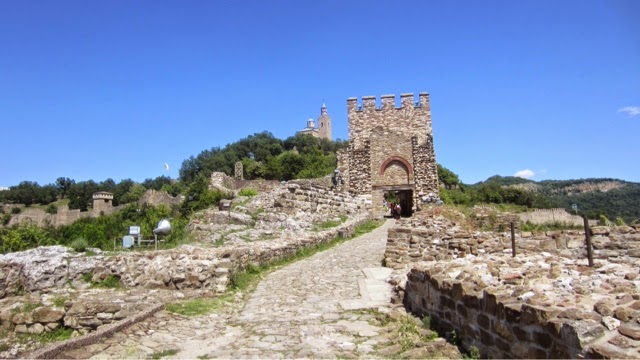 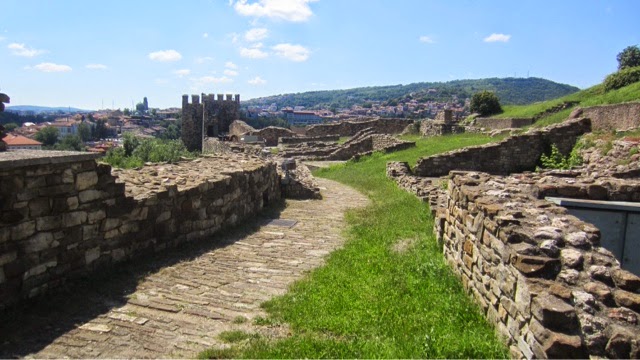 In the fortress, in the Patriarch's complex, there were very cool murals in a church.  This is the painting above the altar.  Mary is on the cross, with a halo of wire on her head and she's holding baby Jesus who's looking up at her- 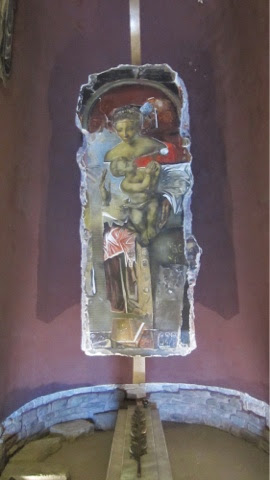 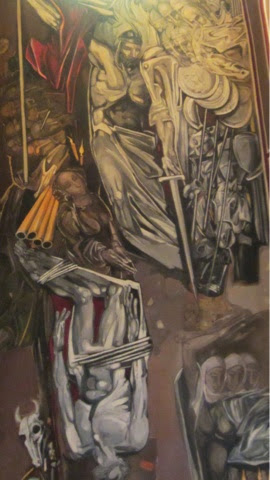 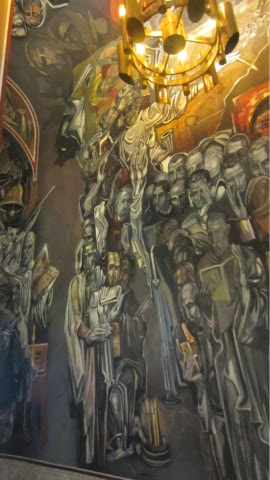 This is the Baldwin Tower in the southeast corner- 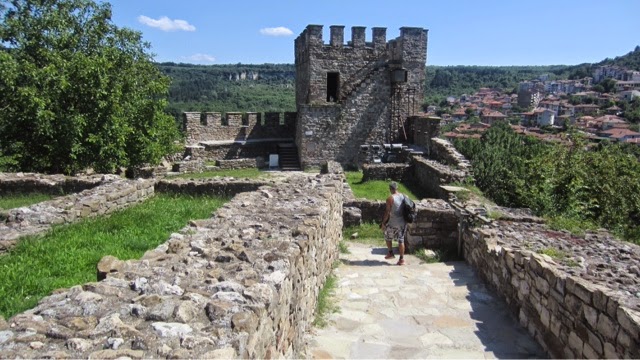 Leaving the fortress, we came upon St Dimitar Church, which was influenced by the Byzantine period.  It is here where the Assen brothers declared rebellion in 1185 against the Byzantine empire.  This led to  the restoration of the Bulgarian kingdom- 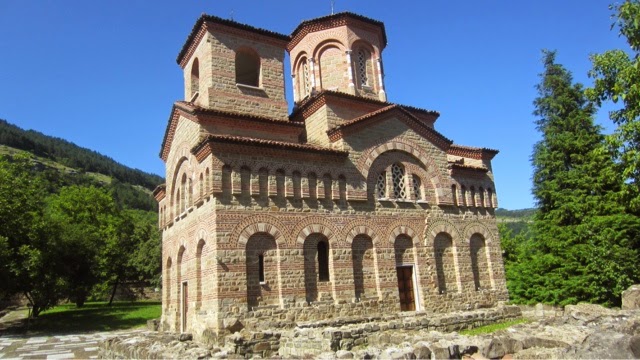 This is Mother Bulgaria, a war monument where today young people hang out and drink- 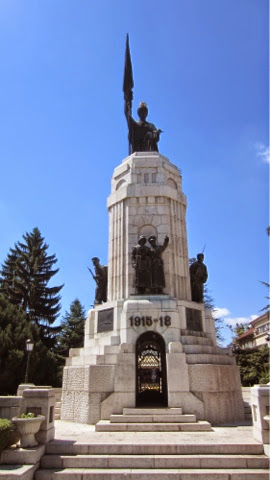 The "Monkey House" was designed by Kolyu Fitcheto, a popular Bulgarian master builder in 1849.  There seems to be an eastern influence in his work- 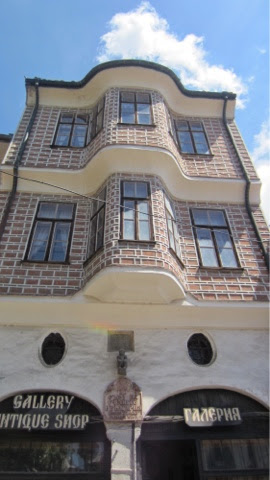 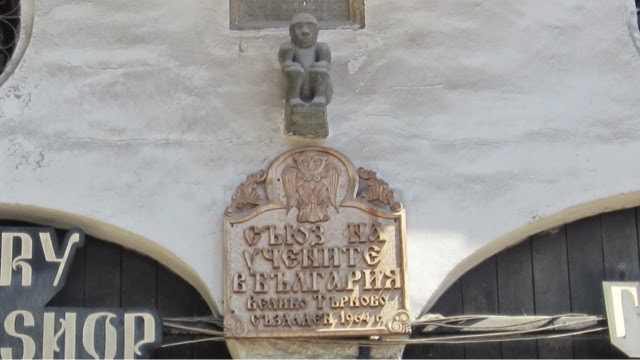 He also designed this mural- 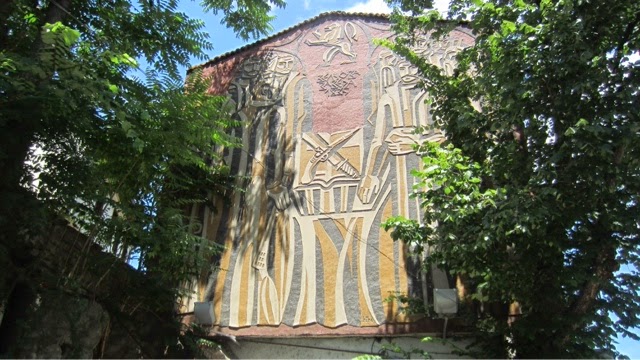 A Pagan tradition, Kuker, is similar to our Halloween.  Only men don masks and costumes to scare away winter.  It usually occurs at the end of February- 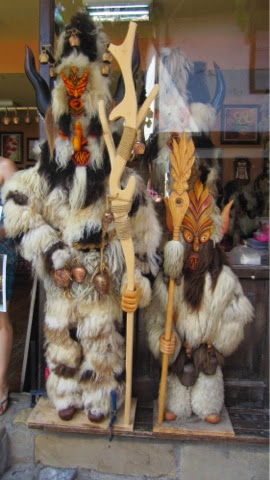 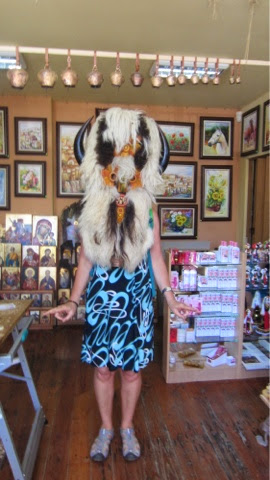 When a person dies, they have a funeral, however 40 days after their death, it is believed their soul finally departs earth.  There are numerous announcements stapled to doors announcing the 40 day ceremony for the deceased- 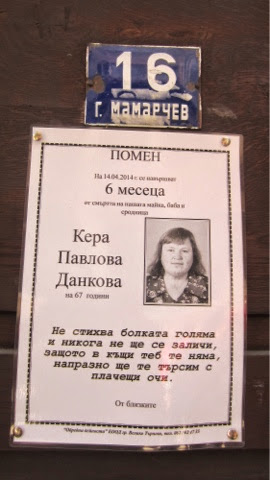 There is an argument in Bulgaria about food.  Which city gets credit for which particular dish?  At noon, we enjoyed shopska - a salad.  Don't mind the mess, I'd already shared it before I remembered to take a picture! 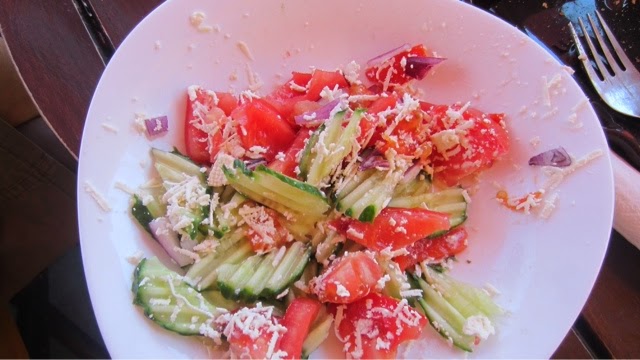 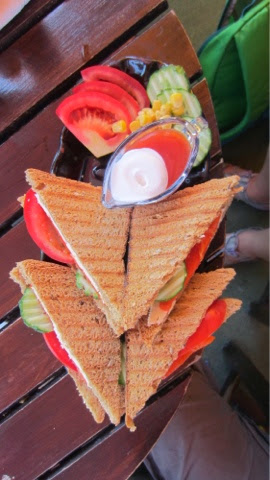 This is the Birth of the Mother of God Cathedral.  It is an excellent Orthodox example- 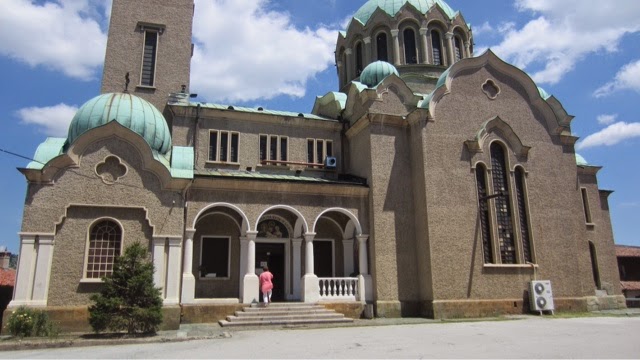 This is the interior- 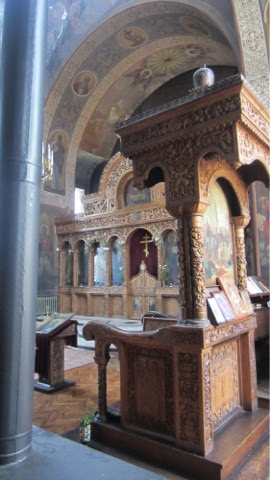 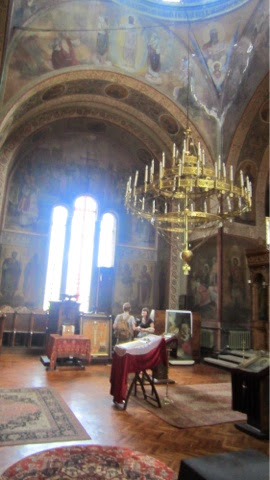 Must be wash day! 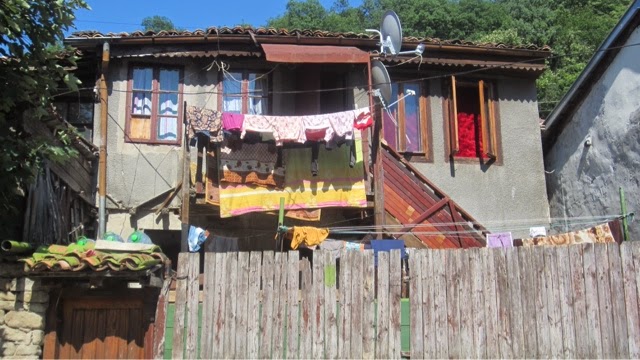 We saw a lot of really old stuff so it was a pretty interesting day.