I'm A hookah is a single or multi stemmed apparatus used to vaporize and smoke flavoured tobacco.  It is  VERY popular here.  Sweetened or fruit flavored tobacco (shisha) is passed through a water basin before it is inhaled.  It is very mild and easy on the throat, therefore very dangerous and addictive- 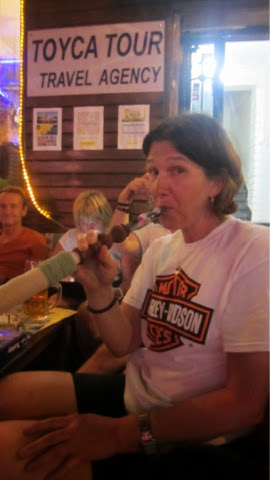 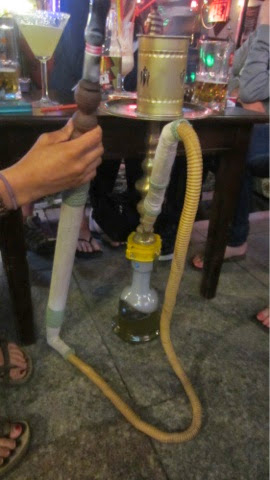 I had Turkish coffee for breakfast.  The bottom 3/4 inch was grounds which you're not supposed to drink.  It is very strong, even for me! 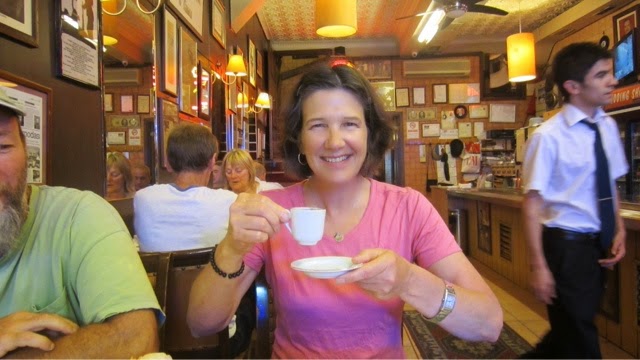 Emperor Justinian built the Aya Sophia in 532 to restore greatness to the Roman Empire.  It was the world's greatest until the Conquest in 1453, when it was converted by the Ottomans into a mosque.  There has been extensive repair work, additional supports and minarets added throughout the years.  This is the third version, a museum since 1935, which reflects both Christian and Islamic elements- 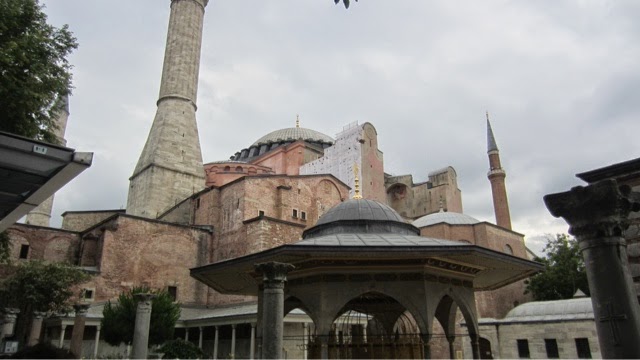 This dome is supported by 40 ribs made of hollow bricks- 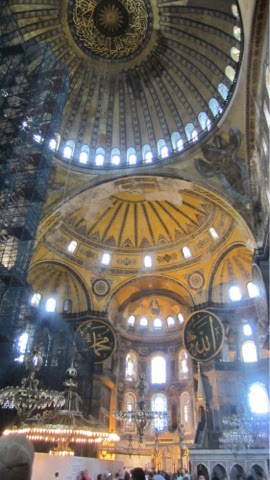 The 19th century medallions are inscribed with gilt Arabic letters stating Alllah, Mohammed and others- 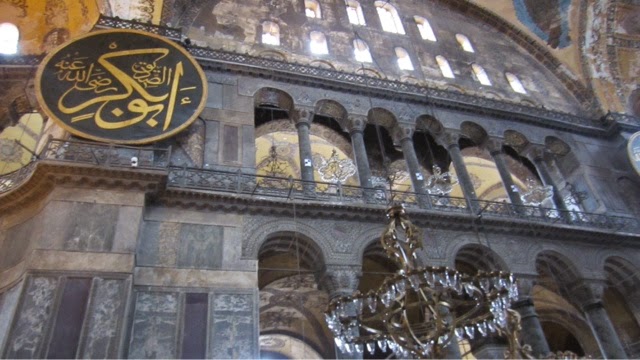 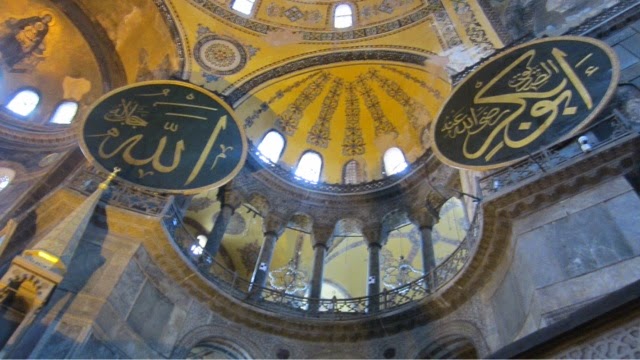 The Basilica cistern was built in the 6th century by Emperor Justinian.  It is 70 m wide and 140 m long, covering an area of 9800m2.  There are 336 marble columns 9m high, forming 12 rows.  A 4 m thick waterproof wall surrounds the cistern.  The water came from the Belgrad Forrest, 19 km away and provided water for the Grand Palace- 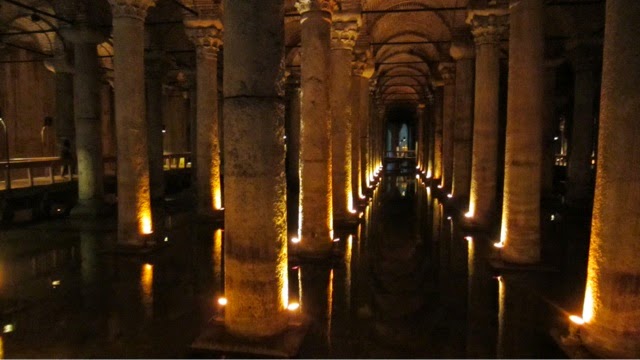 There are 2 Medusas in the cistern - one upside down and one on her side.  Mythology says that Medusa could turn people into stone, just by looking at them.  Statues of Medusa were placed in important buildings to keep evil spirits away- 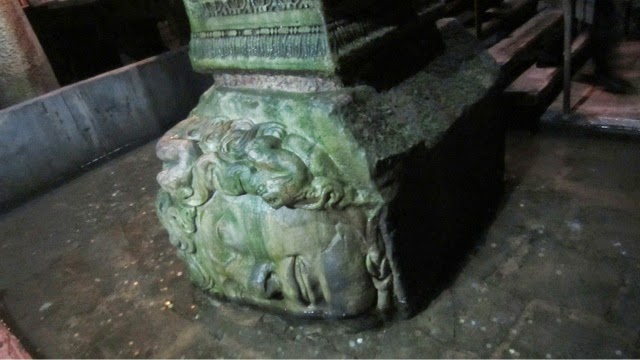 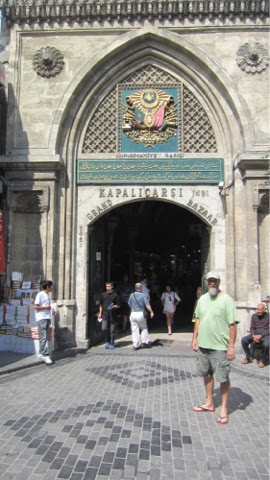 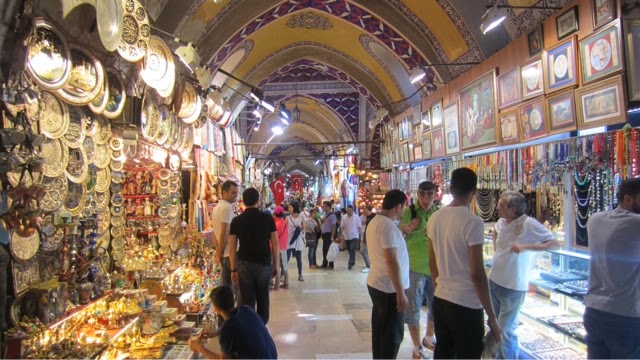 One of many gold shops- 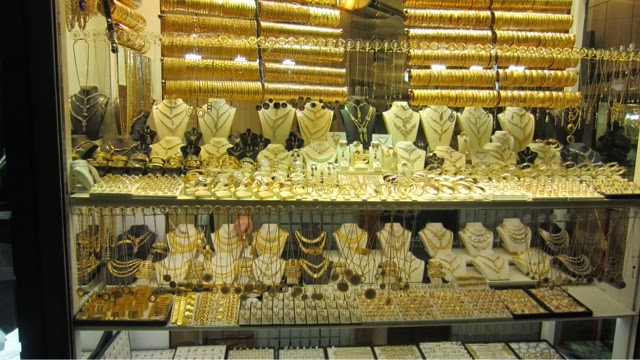 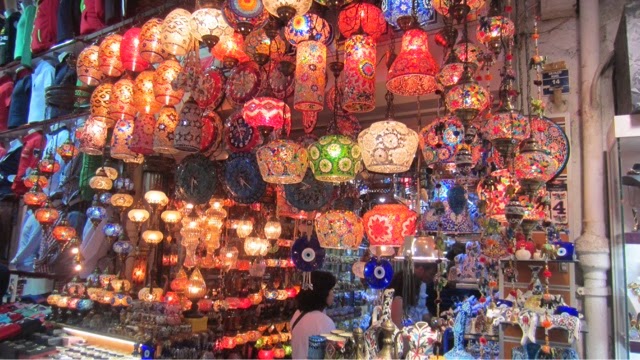 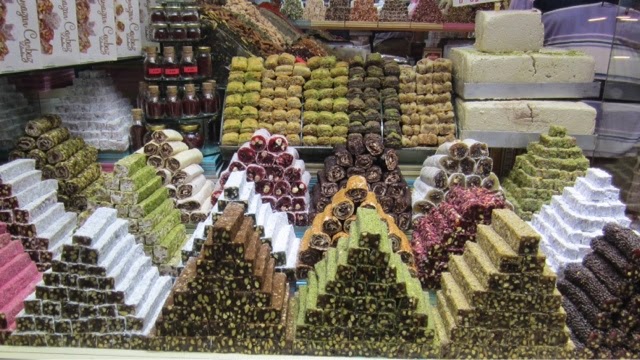 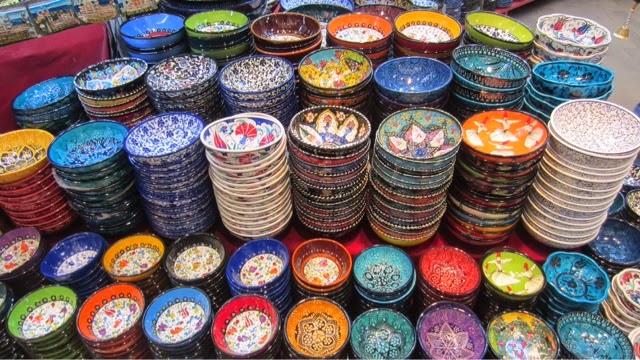 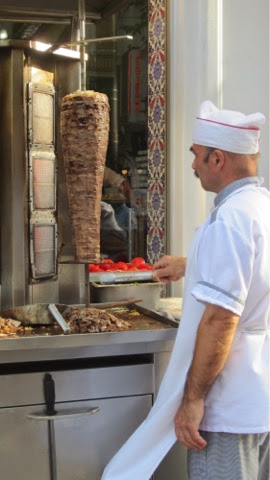 The Chora Church was built in the 11th century.  The interior dates from 1312 and the walls are covered in mosaics depicting Christ and Mary- 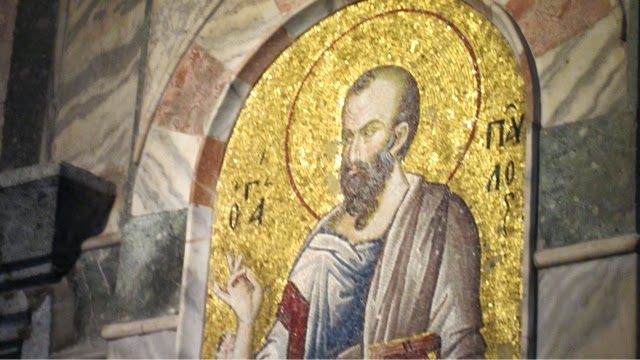 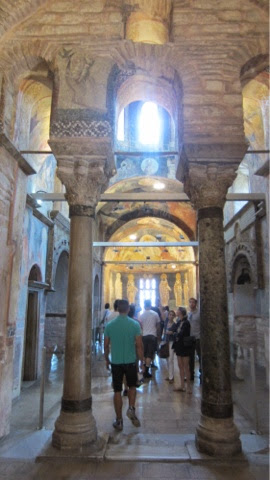 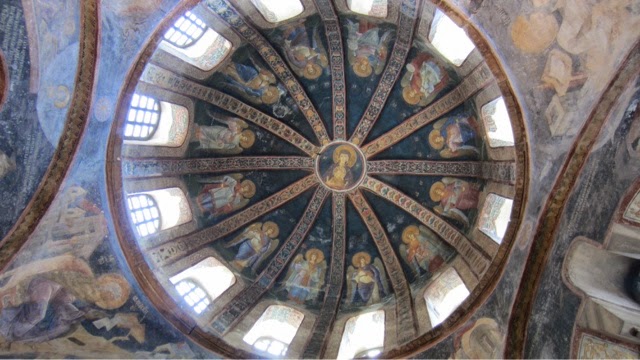 This is a close up of a mosaic- 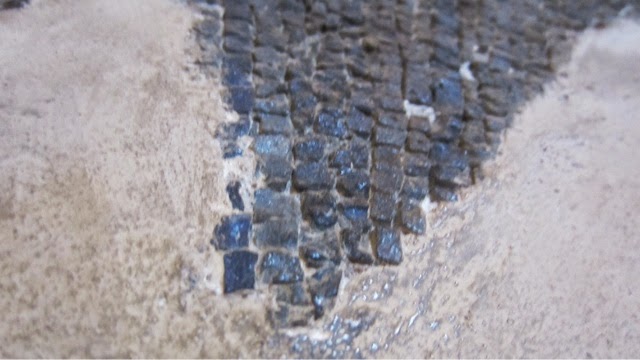 There are also frescoes that depict Old Testament scenes- 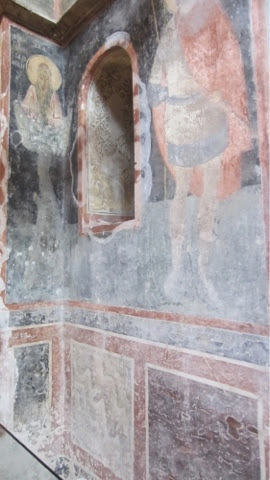 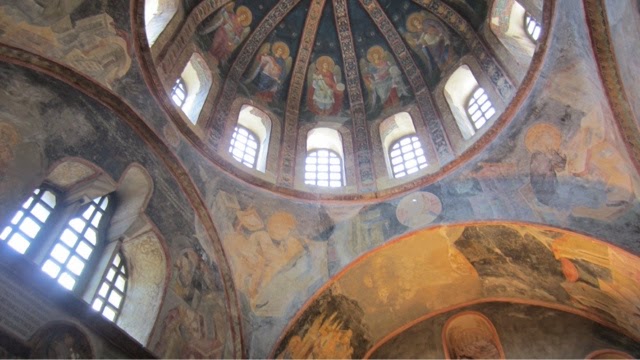 The Topkapi Palace was home to the Ottoman Sultans and became a museum in 1924.  There are two parts, the Harem and the Treasury.  There was an 86 carat diamond here and a knife that had 3 emeralds the size of poker chips on the handle!  Pictures were not allowed :( 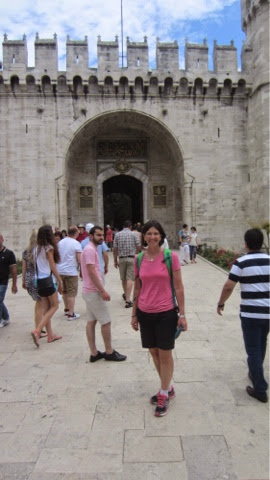 The Harem is the private section where Mother Sultanas, Haseki Sultans and the eunuchs and favourite concubines lived- 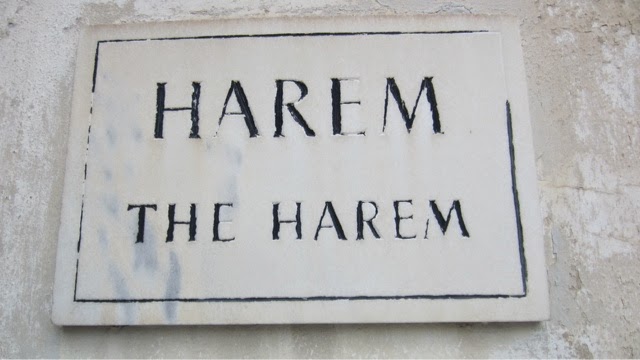 The walls of this museum are covered in ceramic tile, the third form of decoration we enjoyed today- 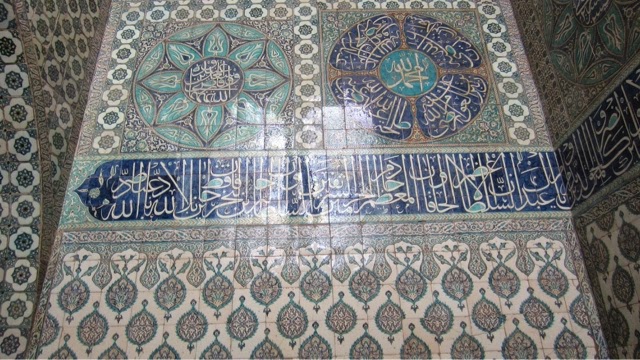 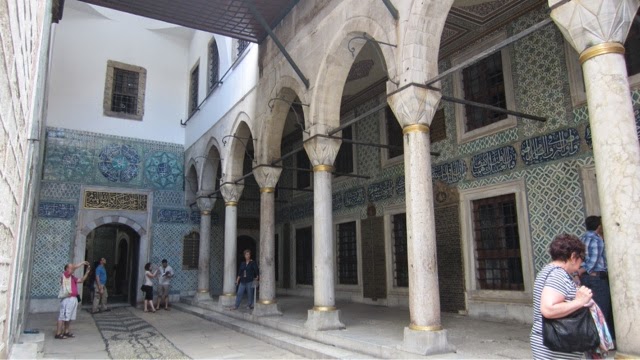 A beautiful stained glass window in the Queen's apartment- 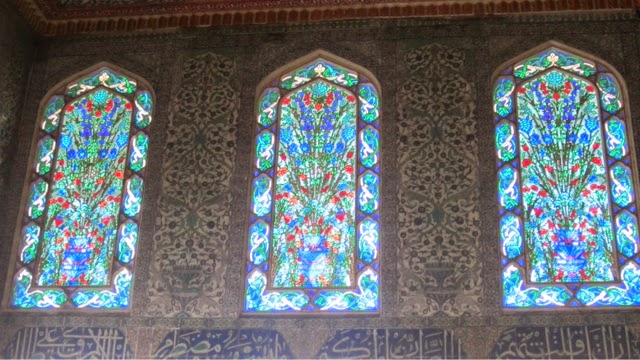 The sidewalks are very interesting- 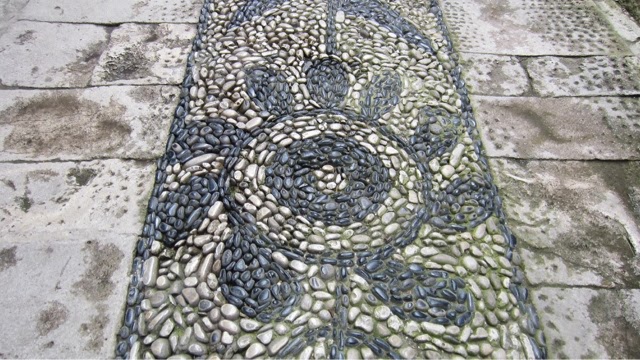 From 1606-1616, Sultan Ahmet the First set out to build a monument larger than Aya Sofia, hence, the Blue Mosque.  There are 6 minarets, tens of thousands of tiles and 260 windows- 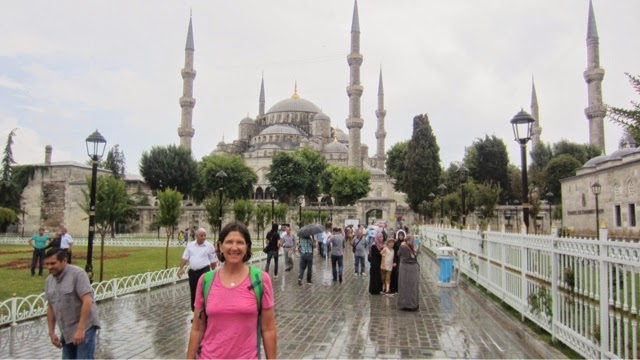 Outside the Blue Mosque is an explanation of Islam- 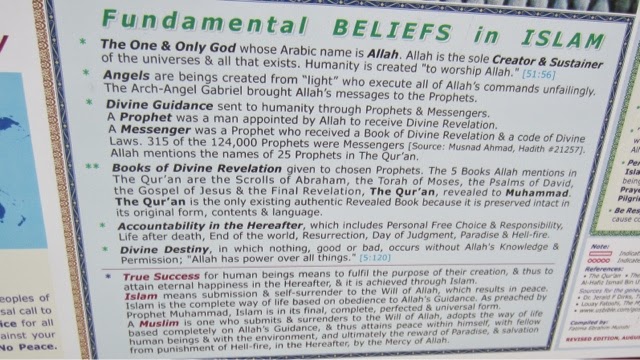 Tomorrow we spend another day in exotic Istanbul.

One of our travellers fell and shattered her arm this morning.  She required 6 pins and is in the hospital.  Brenda, our tour leader was scammed in a taxi on the way home from the hospital.  The taxi's doors were locked, she was intimidated by the driver, taken to an ATM to get 100 Turkish lira ($50) for the ride before he would let her go :(