Ephesus was a great trading center of the Ionians and later the Romans who made it their capital.  It grew to 250,000 until the harbor silted up and the city declined.  Today however, it is a fantastic pile of very fancy rocks! 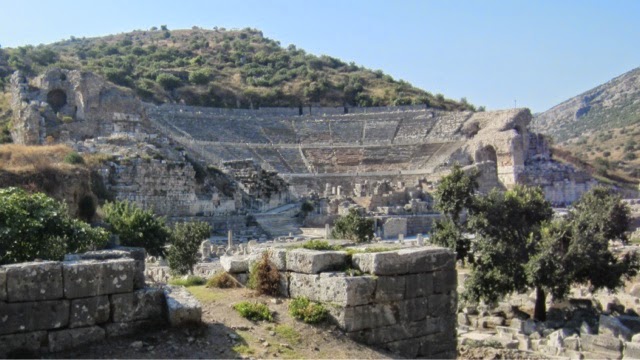 Sacred Way leads from the Great Theatre to the Library- 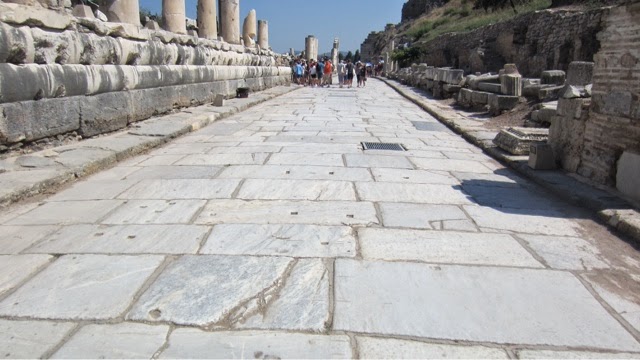 The Library of Celsus held 12,000 scrolls.  There is a 1 m space between the outside walls to protect the scrolls from temperature and humidity changes- 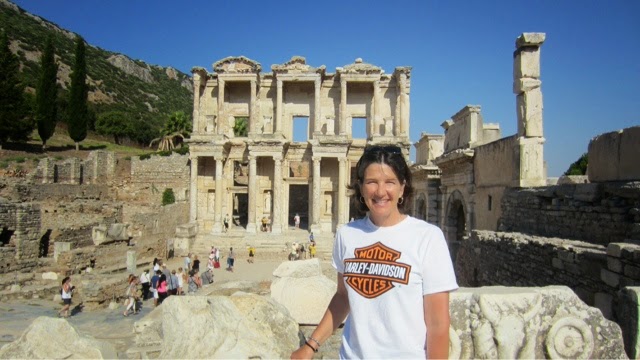 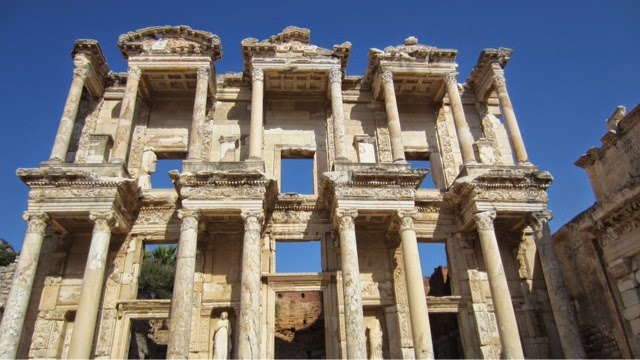 To the right of the Library, the Gate of Augustus leads into the agora, or market area- 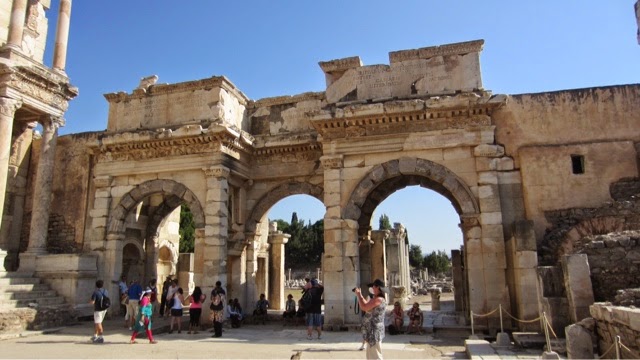 At the Roman men's toilets, it was the servant's job to warm the seat before the master did his business. Running water below helped keep things clean.  This was a great place for socializing! 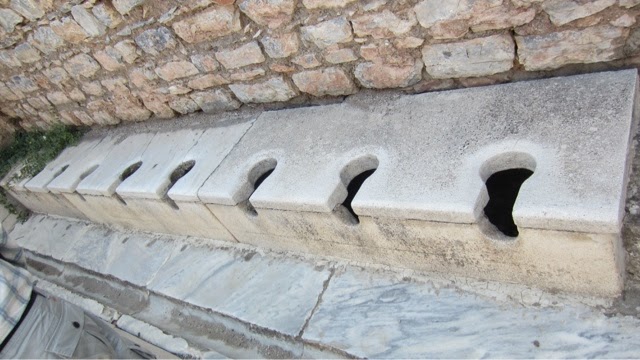 The terraced houses (AD 20)  are where the elite Romans lived.  An earthquake in the 3rd century ended their habitation.  Here are archaeologists at work- 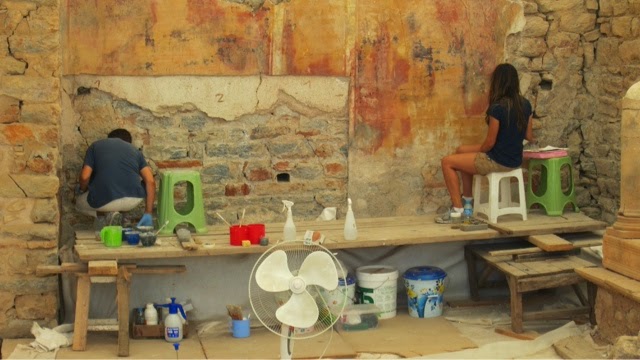 In the Basilica (160AD), guests were received.  There is a water basin, frescoes and marble decor- 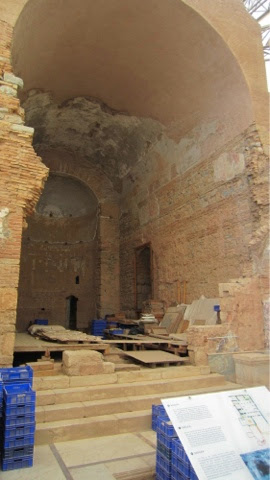 Many walls are covered in frescoes - 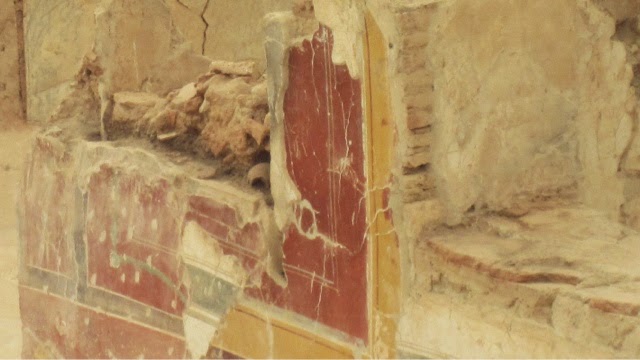 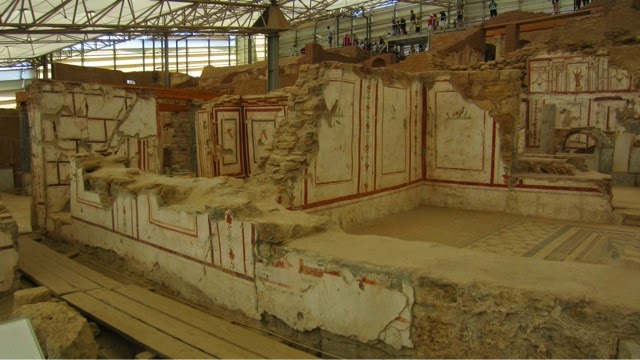 Here is a frescoe in a bedroom, in case someone needed instructions! 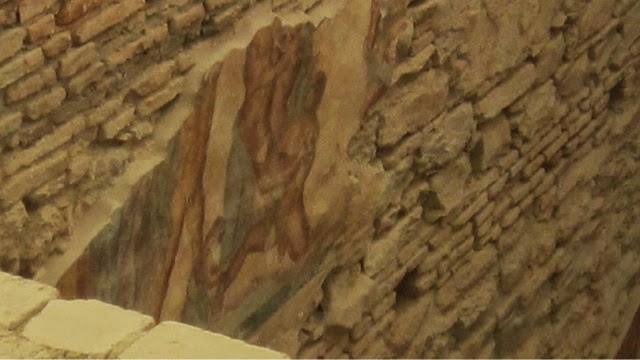 About every 30 years or so, the decor was changed by adding a new layer of stucco/plaster- 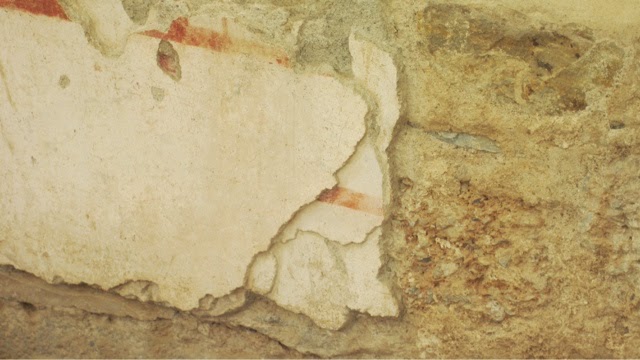 The floors are mosaics.  This is Dionysos on the bottom and Medusa on the top.  Most mosaics are from the Roman Imperial period dating from the beginning of the 1st century AD to the first half of the 3rd century.  Black and white stones were used with geometric patterns, similar to floors in Italy- 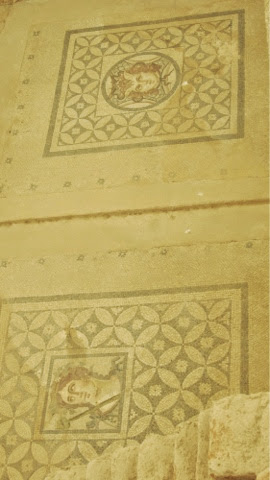 Curetes Way has been compared to Paris' Champs Elysees.  It is a 210 m boulevard with marble paving and sewers running under the 6.8-10 m wide street.  There is an elevation difference of 20 m. 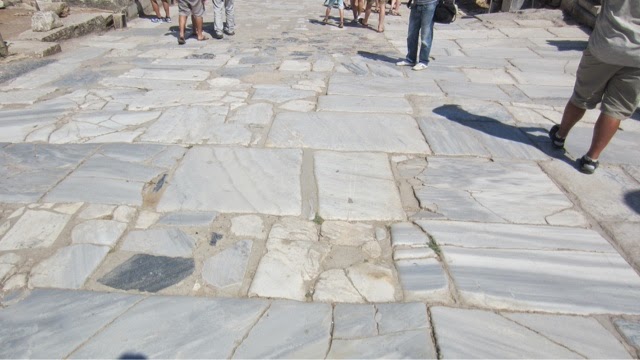 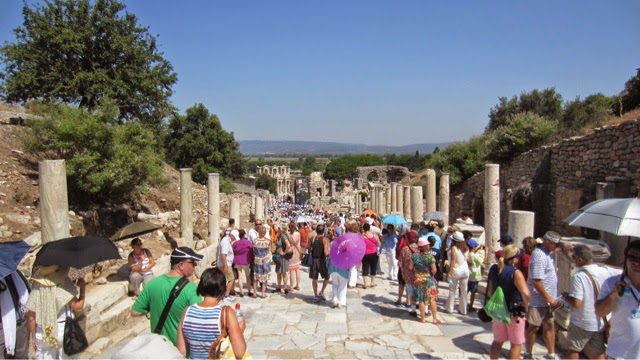 The Gate of Hercules was made narrow to prevent wagons from entering any further into the city on Curetes Way.  It was constructed in 4 AD.  There are reliefs of Hercules on each pillar- 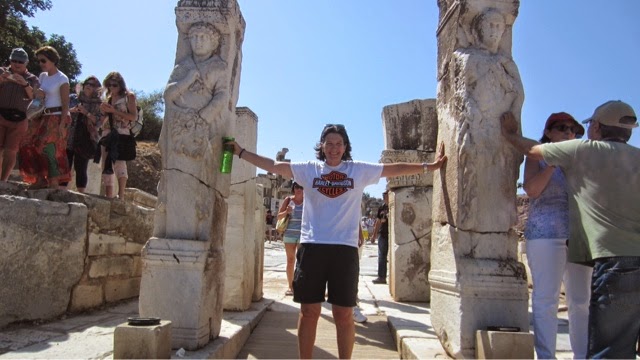 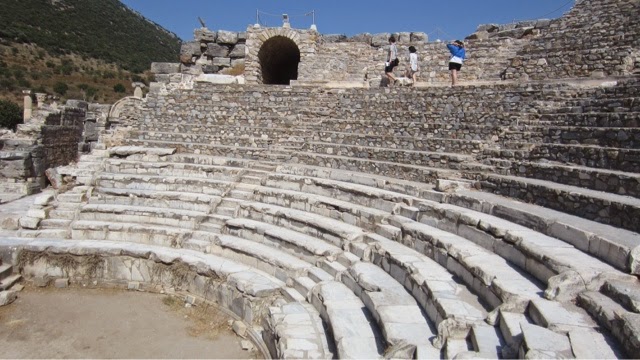 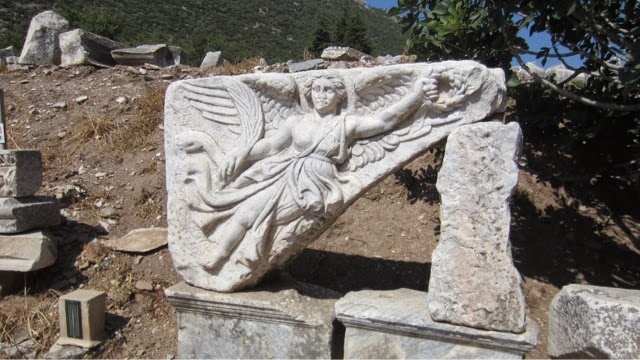 Symbols for a pharmacy- 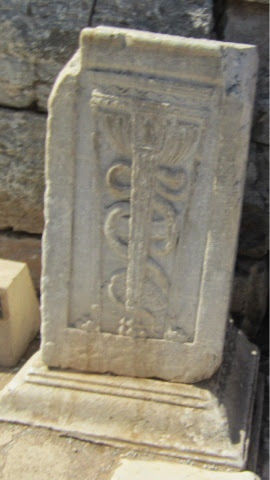 A Turkish coffee, always served in something like  a demie-tasse and the box that the check for lunch was brought in to the table! 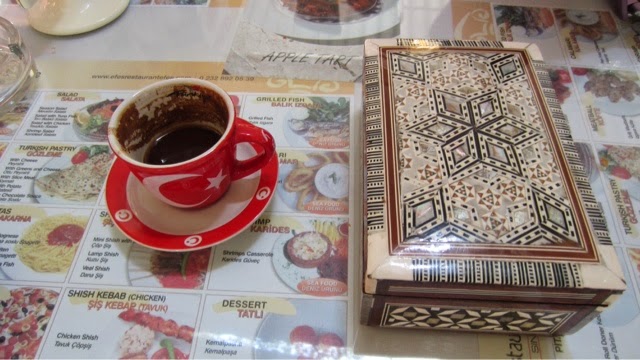 This afternoon we are in Pamukkale which means "cotton castle".  There are hot pools and travertines (terraces of carbonate minerals left by flowing water) here in the hills- 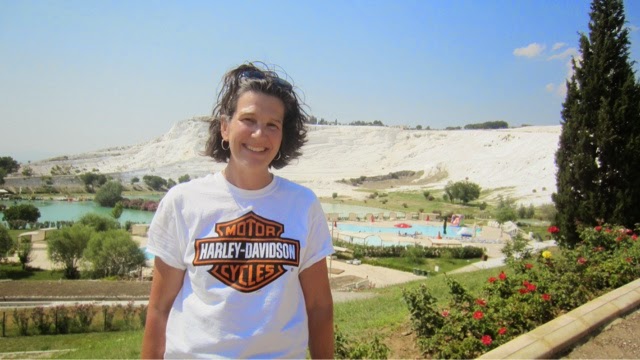 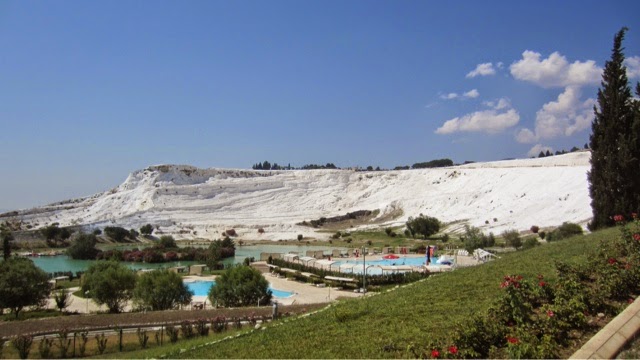 I didn't pay to get in because it is very hot and you have to walk on the white rocks in bare feet-
There is also a ruin, Hierapolis, on top of the White Castle.

We saw an outside temperature of 41 degrees and I saw this..... 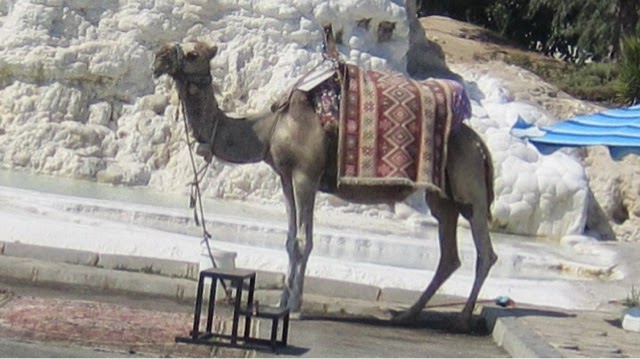 I knew we took a wrong turn somewhere!