On our way to catch the ferry from Eceabat to Selcuk, we passed this monument, again honoring the soldiers martyred in WW1.  There is a weeping mother on the bottom left symbolizing mothers everywhere.  This is not a memorial of hostility but one of friendship- 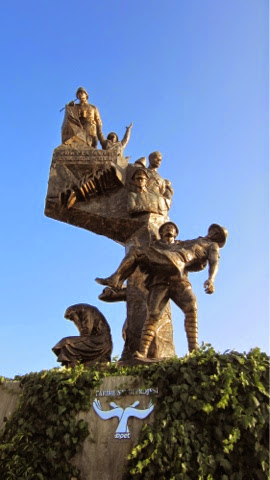 Next to the statue are soldiers in trenches- 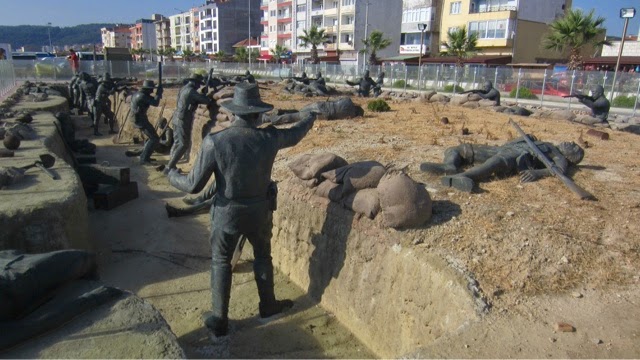 and a land replica of the area.  The monuments and villages are shown- 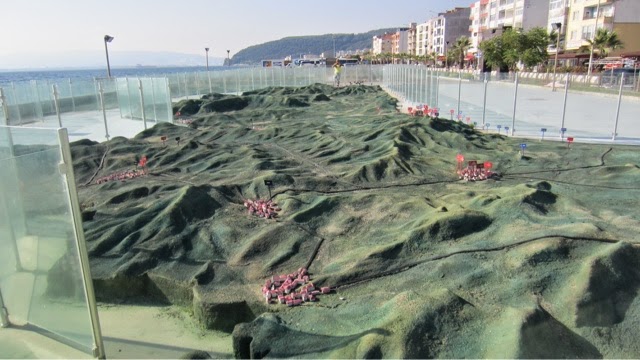 Next we visited Troy.  Thanks to Homer, who wrote the Iliad and the Odyssey during the 8th century BCE, the myths of the Trojan war exist.  His poems were the first to have been transmitted in writing. 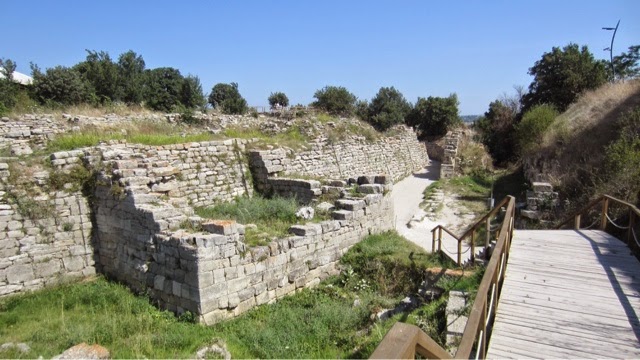 Epeidos built the Trojan horse in which the heroes hid in its stomach while the Greeks pretended to sail away in their ships.  The Trojans dragged the horse into the city as a gift for Athena.  During the night, the heroes jumped out of the stomach and set fire to the city.  This signaled the Greeks to return and they were able to conquer Troy and win the ten year war.  This replica was built in 1975- 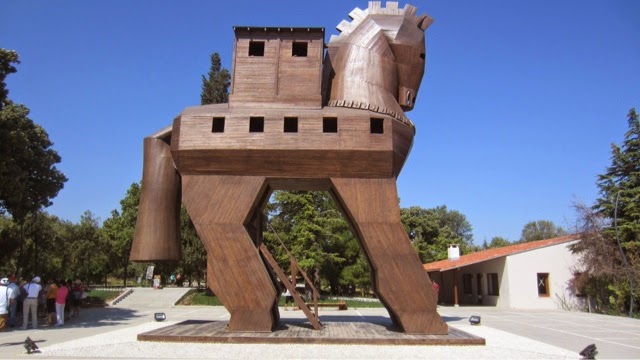 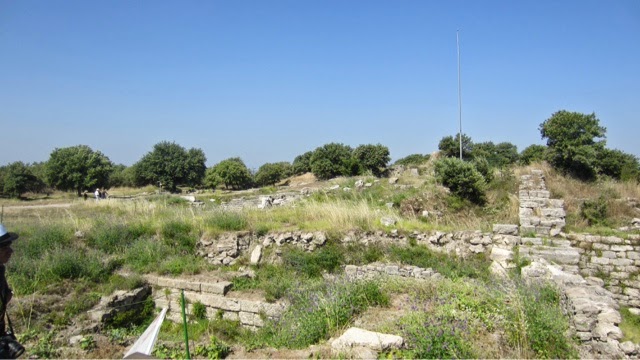 This is the Roman Odeion which was intended for musical performances- 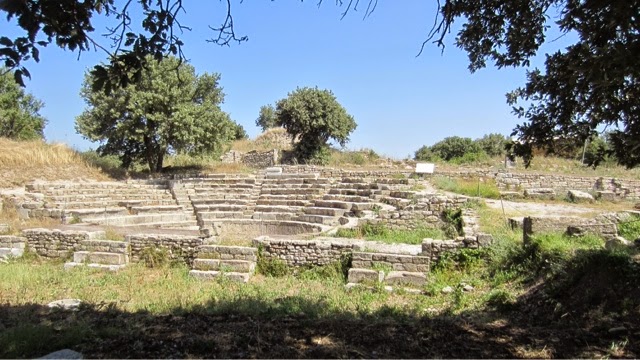 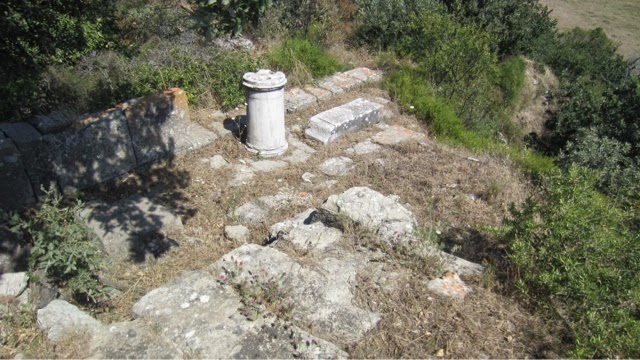 Here are some examples of fancy stone work- 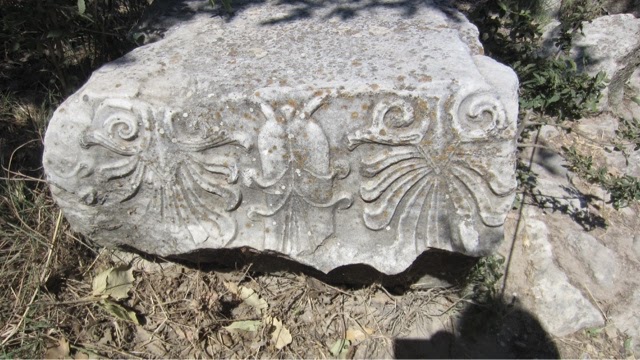 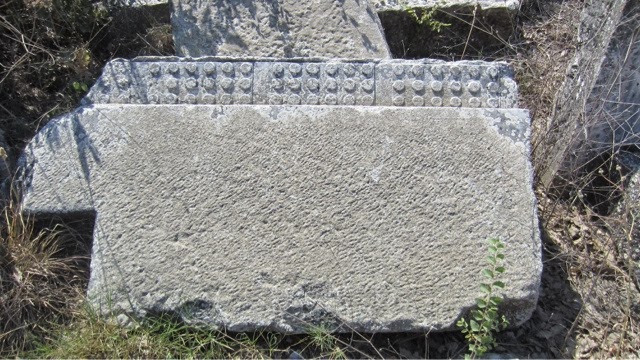 Obviously one needs a pretty good imagination to visualize Troy!

The Aegean Sea-  Such a pretty blue! 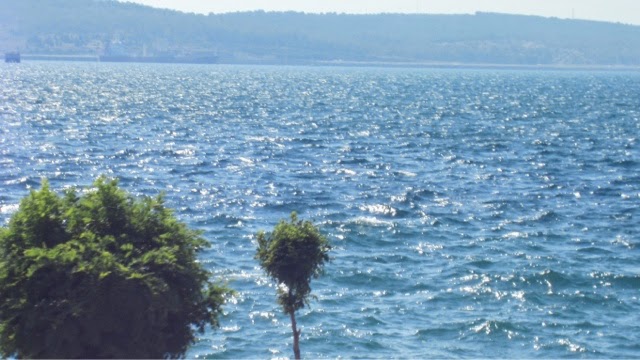 We're camping on the sea tonight and visiting Ephesus tomorrow.