What a weird day!  First, Magdalena and I went to the Museo de Historia Natural.  It cost 53 cents to get in and it wasn't worth much more than that!
Such a mix of everything ....  An armadillo, a Cayman, a Tortuga and sea horses, not in formaldehyde.  They are from an era before that so are just a bit shrunk up but 'natural'- 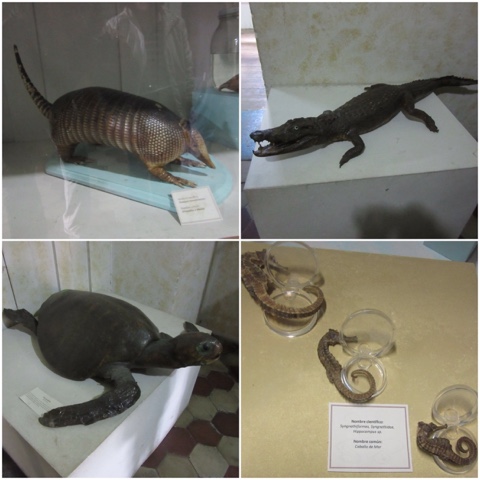 A cardinal that was super red, a 2 headed calf, stuffed lions and a goat with 4 horns- 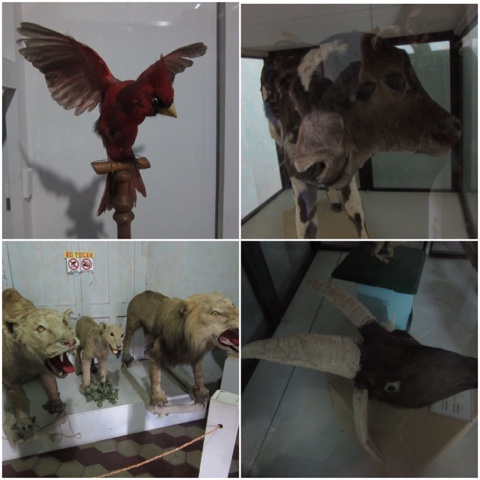 Then in another part there was a battery display, I mean, how weird is that? As well as cigarettes, an old Mac computer and bottled pop- 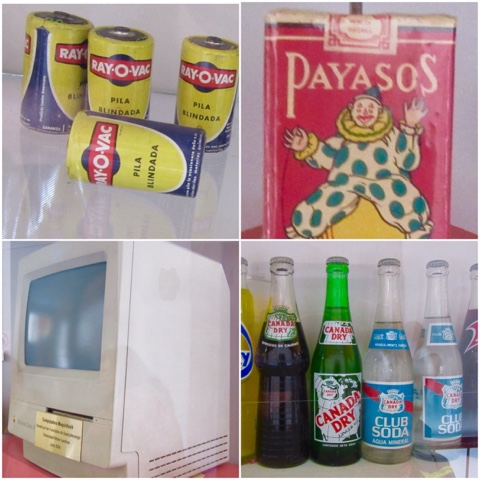 Finally I've seen a quetzal!  Money in Guatemala is the quetzal- 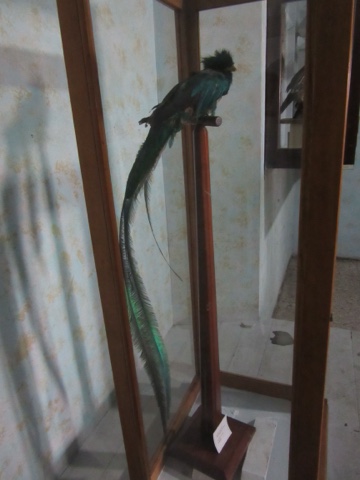 After lunch, the afternoon activity was a trip to San Andrés Xecul.  First we squished into a minivan for a 5 minute ride to La Rotunda, a departure point for chicken buses.  Next, we piled into a chicken bus but it wasn't very crowded.  20 minutes later 21 of us were in the back of a small truck- 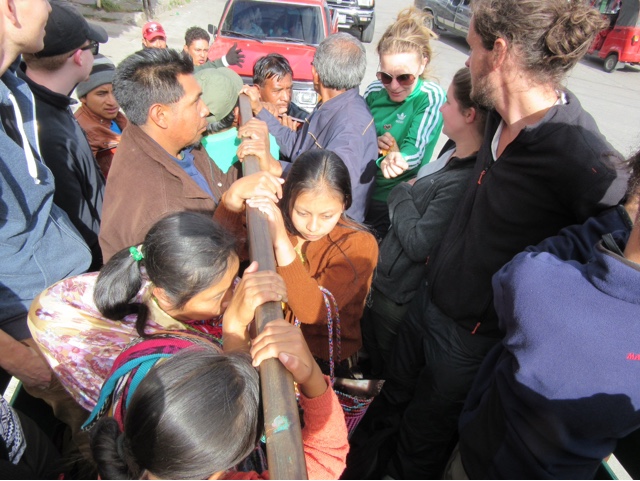 and on our way to San Andrés Xecul to see the Catholic Church that is decorated with Maya colors and symbols.  After the conquistadors from Spain arrived, they proceeded to convert the Maya to Christianity.  To work together, this church celebrates both religions, on the exterior anyway- 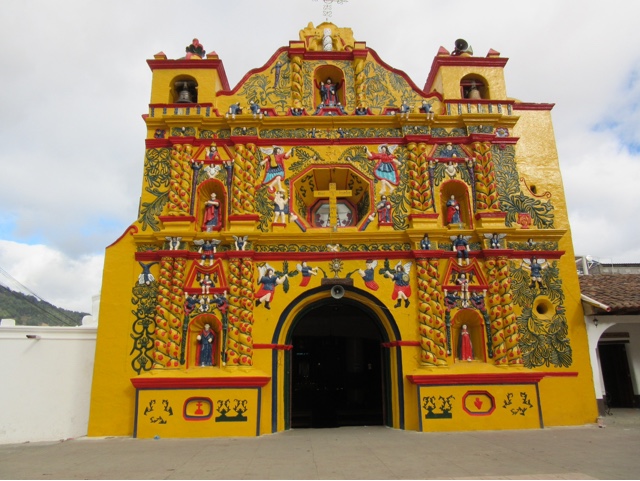 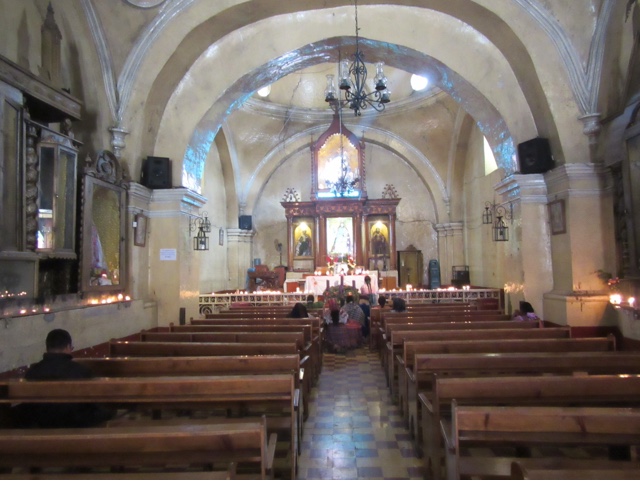 The vines and ferns show the Maya connection to nature- 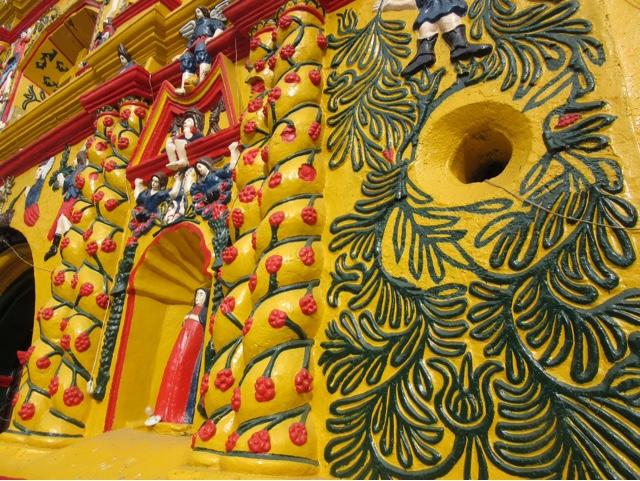 San Andrés Xecul is also a village known for spinning and dying thread.  White and natural threads are drying on the roof- 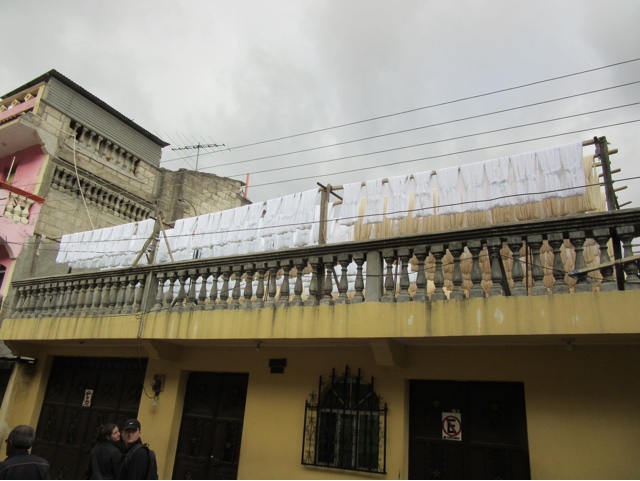 Further up the hill is El Calvario which is much smaller- 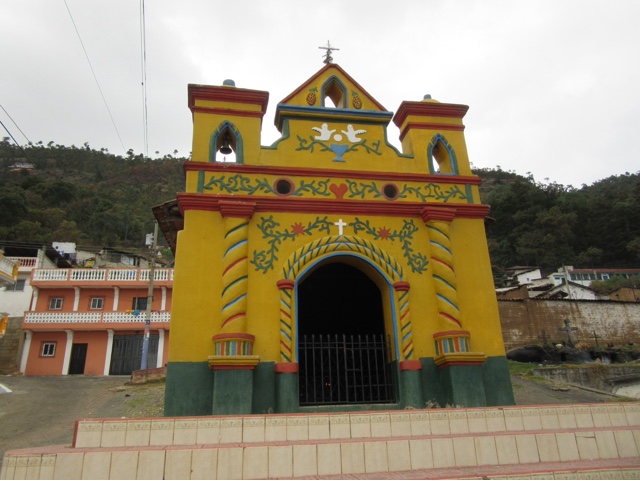 But has a three cross altar beside it where Maya offerings are given.  There are 4 elements to the Maya religion: earth, water, fire and air.  Depending on the wish of the person, these elements are used sacrificially.  The site is 'cleaned' daily by placing fresh grass on the ground- 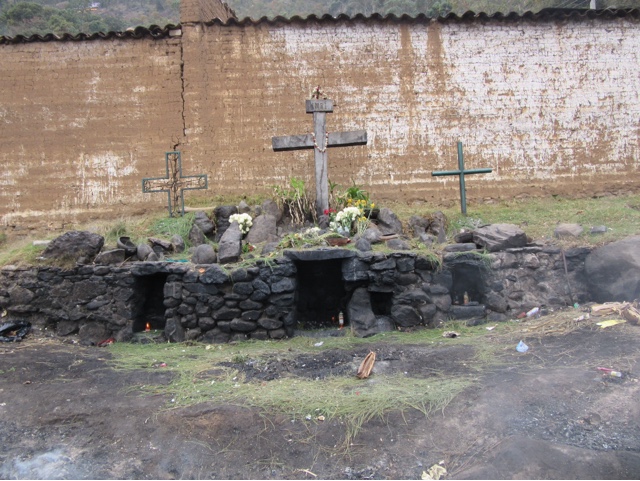 To complete the day, we entered this tienda/house.... Yes that's the back end of a car sticking out into the living area- 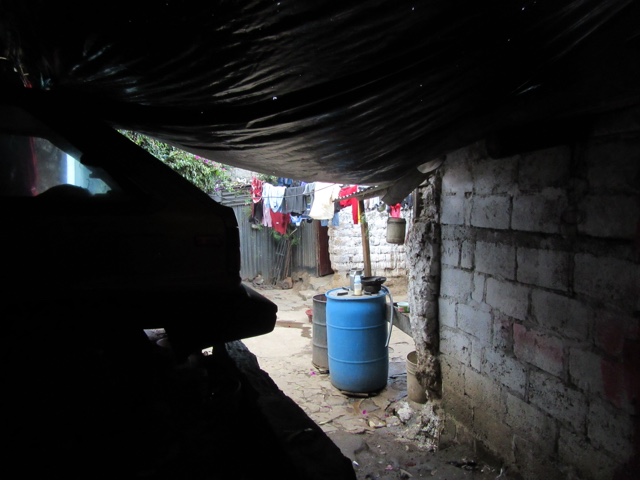 We had a visit and chat with San Simon, aka Maximón- 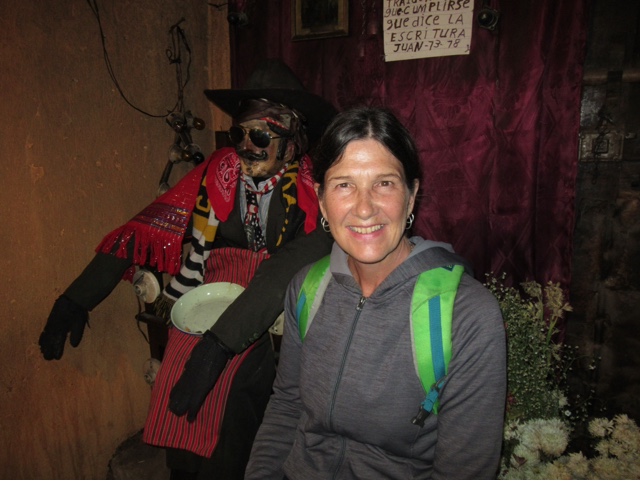 There are 3 miniature statues of him in front with cigarettes in their mouths, as well as offerings of alcohol, candles and flowers.  Mayas pray to him for good and bad things to happen to their friends and enemies.  Catholics are dead set against him and what he stands for but Mayas believe very strongly in his powers.  He looks like a gangster- 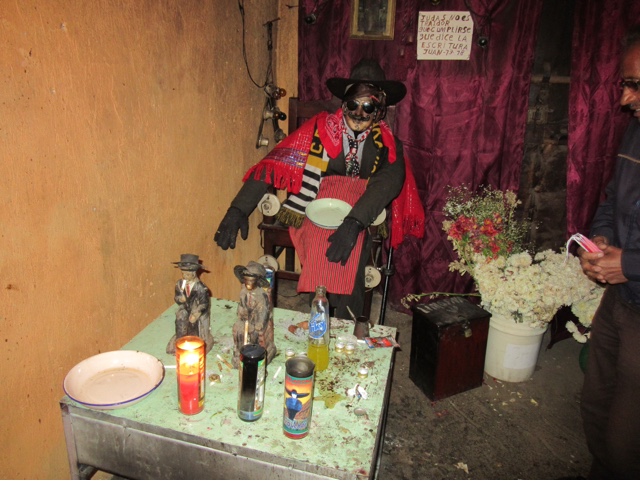 In the tienda that is part of the home where he lives are numerous items that people purchase to give as offerings: wood to burn, candles, herbs, rice and incense- 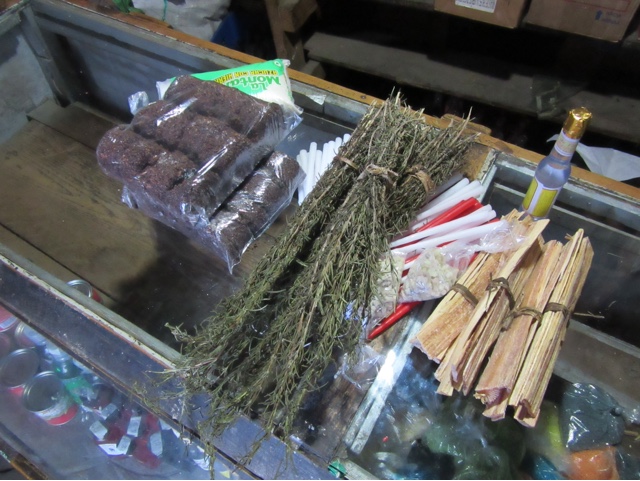 Just down the street from Maximón is a huge public laundry facility.  It beats washing clothes in a nearby stream- 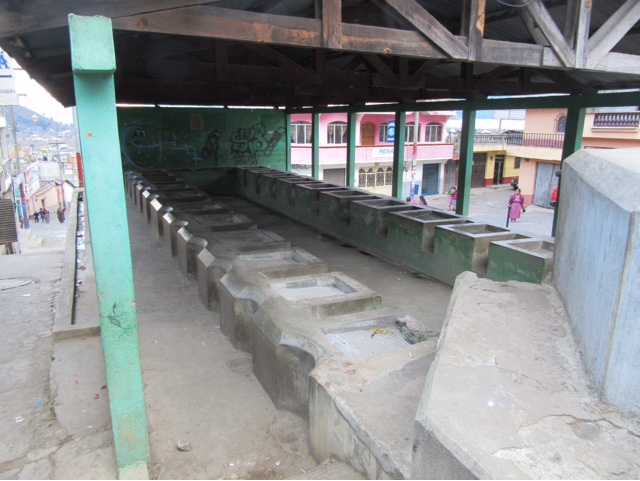 Walking home from Walmart, the Gallo tree was lit up. It was so beautiful- 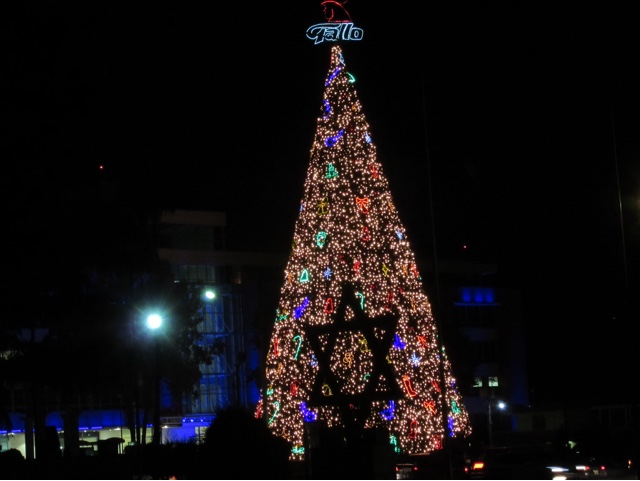 Tomorrow is my last day of classes.  7 weeks have passed already!  We have a Christmas supper and gift exchange at school so should be fun!
at December 16, 2016