Merry Christmas!  And how lucky am I to be in San Juan Del Sur!
Brooklyn and Jaclyn know the best way to keep cool- 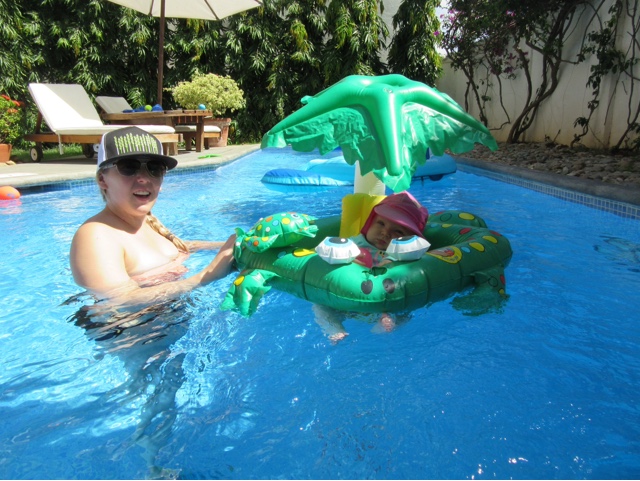 December 25th is not a big 'turkey' day in Nicaragua.  The celebrations start around 3 am on the 24th with a parade in the streets with music and many bombas.  Then they go home, eat and go to bed mid morning.  That's it.  None of the fuss and hype and commercialism that we have to put up with.
There was a ball game this afternoon- 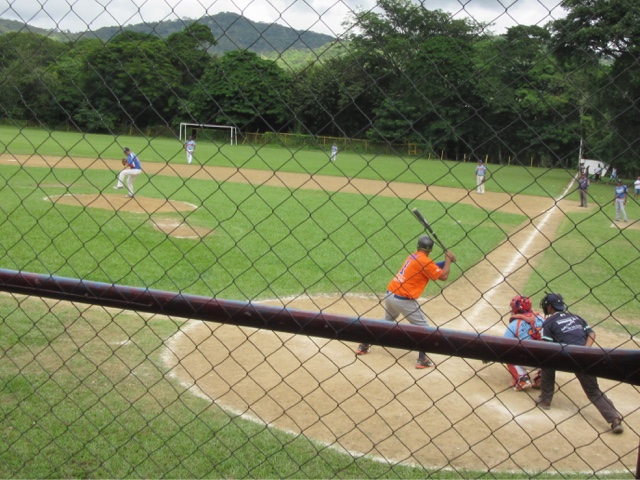 It's loud with music and an announcer talking most of the time, just like at the Rush games.  Food and beer is available and the crowd is very into the game- 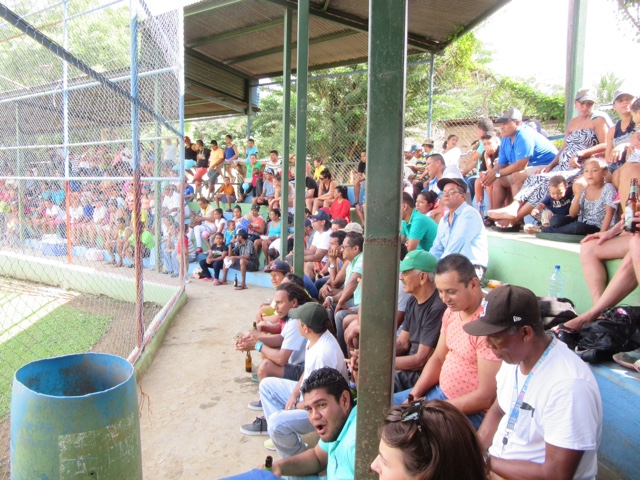 Some get into the beer a little too much- 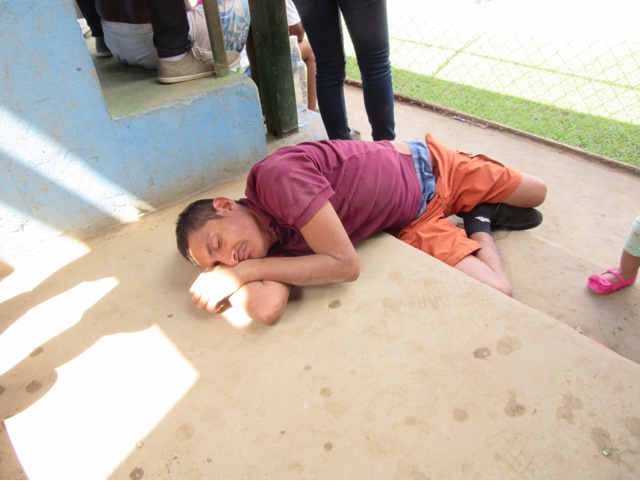 He was lying in the main entrance and people stepped around him without batting an eye.  I guess this is Nicaraguan Normal.
We thought there was a cock fight this afternoon so went driving to find it but apparently it was yesterday.
There was more music in the street so I went for a walk and found a band playing- 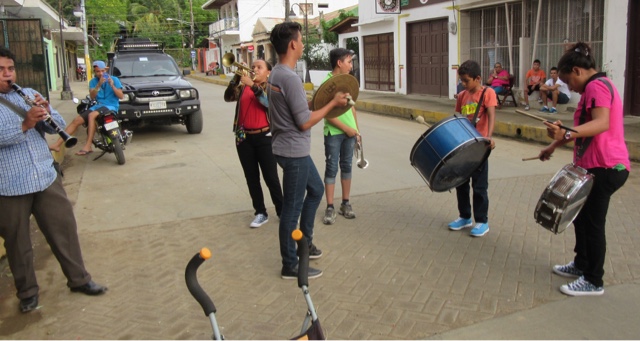 While kids beat the shit out of this poor piñata- 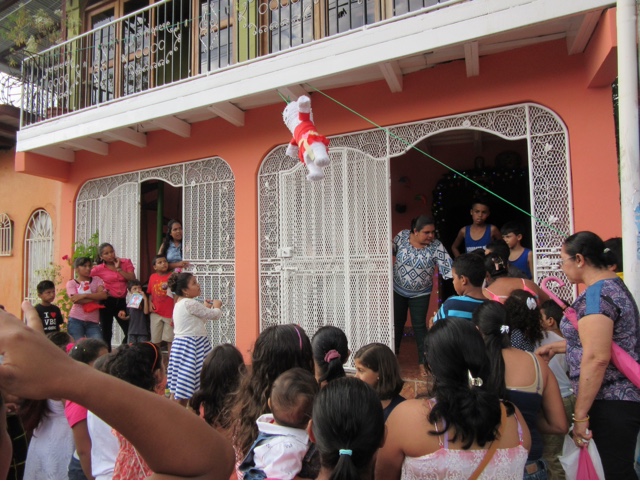 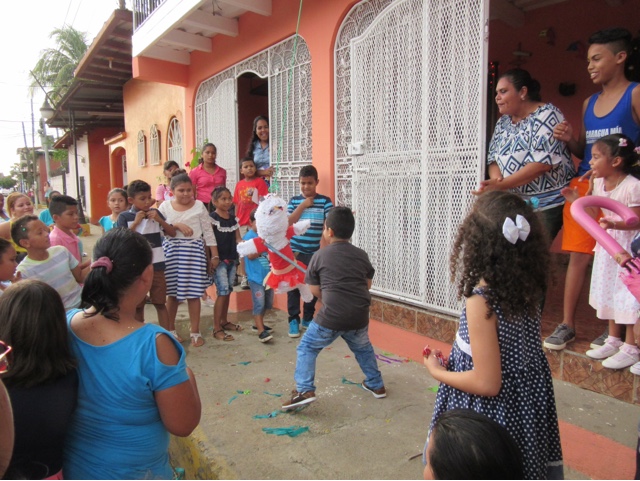 When the candies went flying, so did the kids- 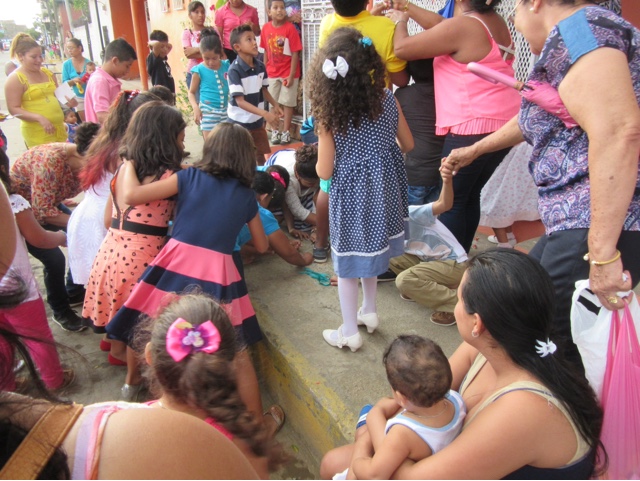 I don't think I'll try this with my bike.  He's eating corn on the cob- 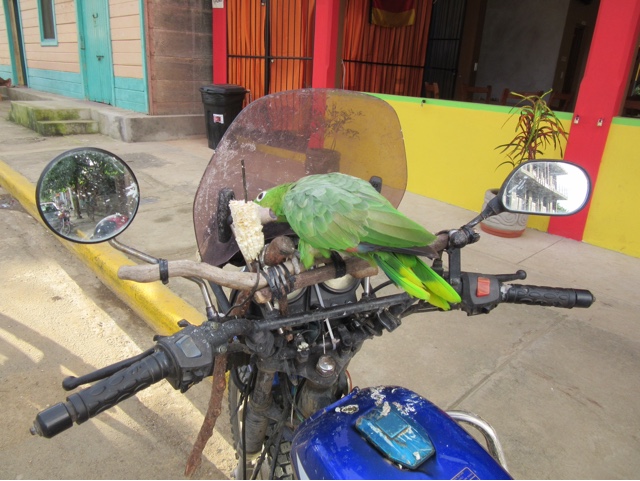 This is the outside of Casa 72.  The entry door is yellow.  The brown door slides open automatically to let vehicles in- 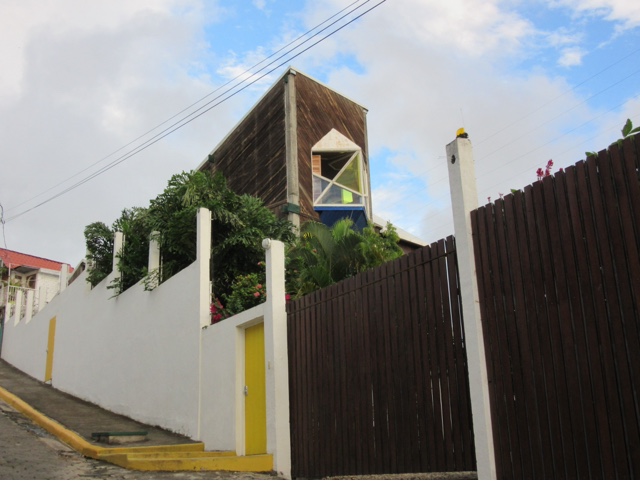 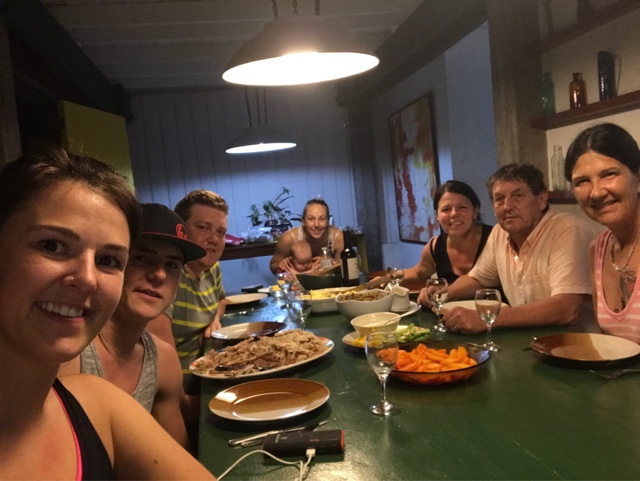 Thanks soooo much to the Minish family for a great Christmas!
Tonight's quiet and rest time!  Feliz Navidad a todos!
at December 25, 2016