I've had another great day - doing.... not much!  I have to keep reminding myself that I am not here to do a whirlwind tour, moving on every 2 or 3 days and seeing everything there is to see.  No, I am here just to live and escape the cold winter at home.  So today after a leisurely morning doing not much, I went to Parque Central to sit in the sun.  I ended up visiting with a young man from Alaska who is travelling for 6 weeks.  Afterward, I went to Restaurante El Camarón, which was recommended by my teacher in San Pedro, for ceviche.  OMG, it was even better than in Panajachel- Avocado, onion, cilantro, shrimp, octopus, oysters, crab and a lemon/lime broth to die for!
It was served with a bag of tostadas and my beer came salted with a slice of lemon and a shrimp- 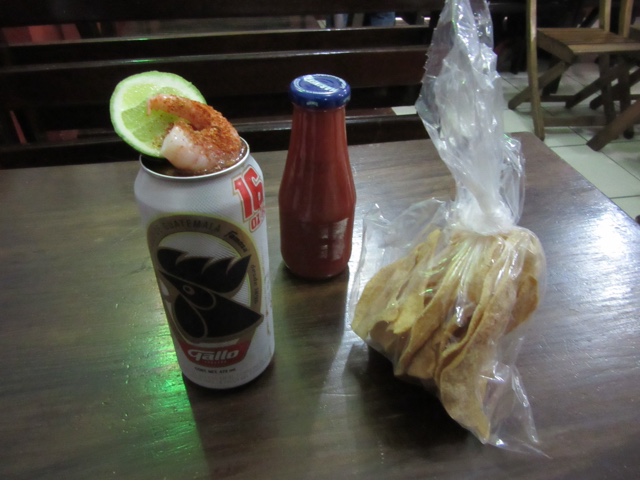 So good!  Not sure what I was supposed to do with the ketchup!
I have spent a fair bit of time at Parque Central.  Sundays are the busiest because for most, it's their only day off and few have a backyard to enjoy.  There are many vendors: ice cream, candy floss, nuts, clothing, Christmas stuff, drinks, shoe shiners and street performers including marionettes- 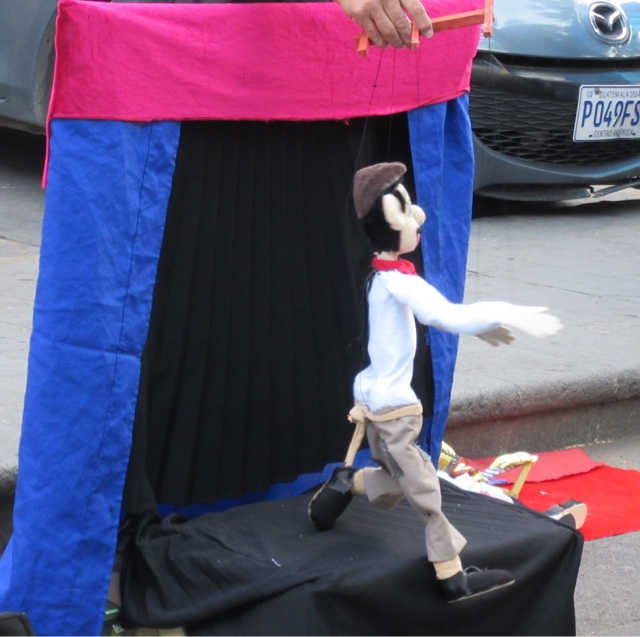 Tomorrow, December 12 is the day for La Virgen de Guadalupe who is the patron saint and Queen of Mexico since 1531 when she appeared to Juan Diego near what is today Mexico City and told him to build a church.  Of course he wasn't believed until he took roses from the spot to the bishop and upon presenting them, an image of la Virgen appeared as if painted on his coat.  This was the sign that was needed and the church was built.  In 1754 she was named the Patroness and Protector of New Spain,  in 1810 the symbol of Mexican Independence and in 1904 her church became a Basilica where today, many Mexicans make an annual pilgrimage.  There are many vendors around el Parque Central selling rosca which is a hard, sweet bread and part of this day- 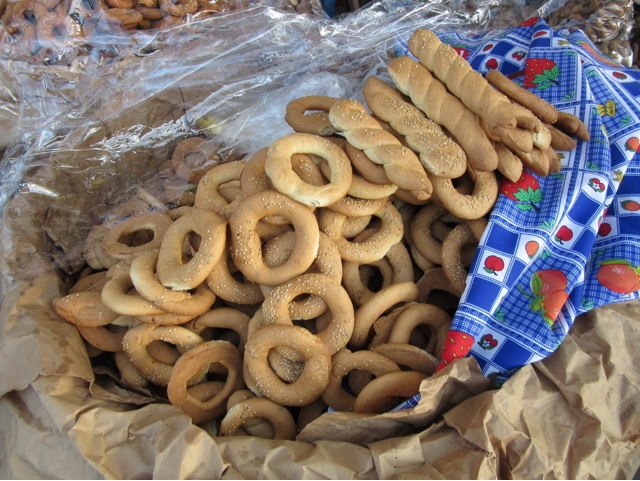 The circular form represents the eternal love of God, without a beginning or end.
Walking home, so typical Guatemala- 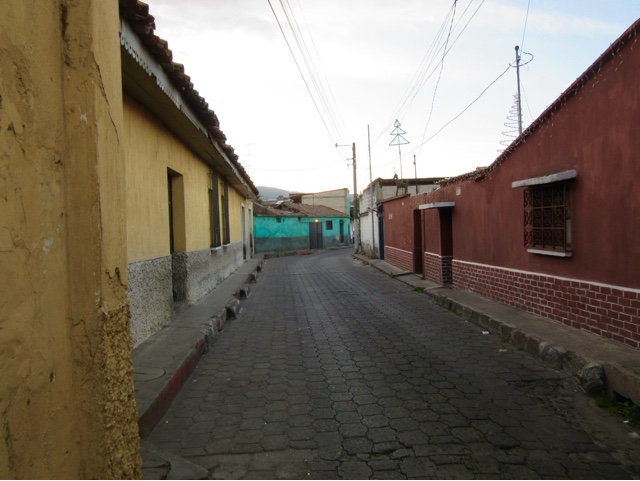 I will start my 7th and final week of Spanish school tomorrow.  I've learned so much and enjoyed most of it!
at December 11, 2016