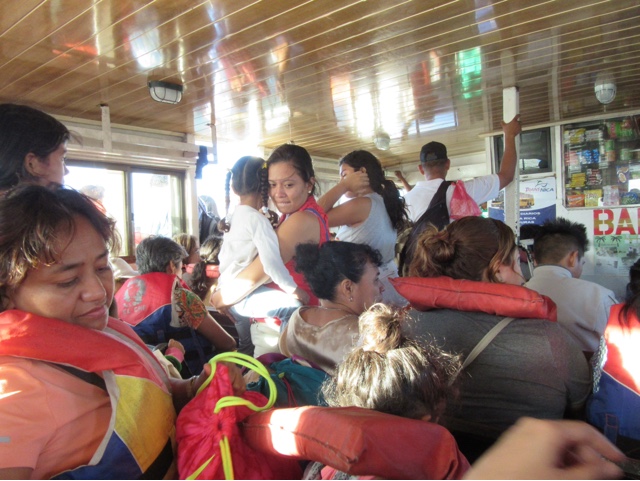 I guess the good thing is that we all had, or most of us anyway, life jackets- 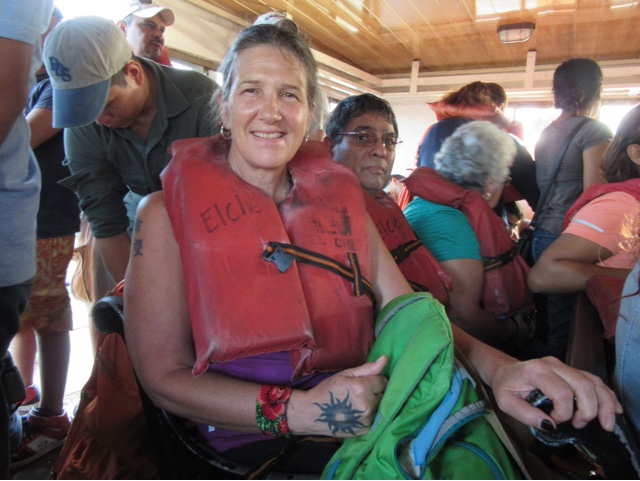 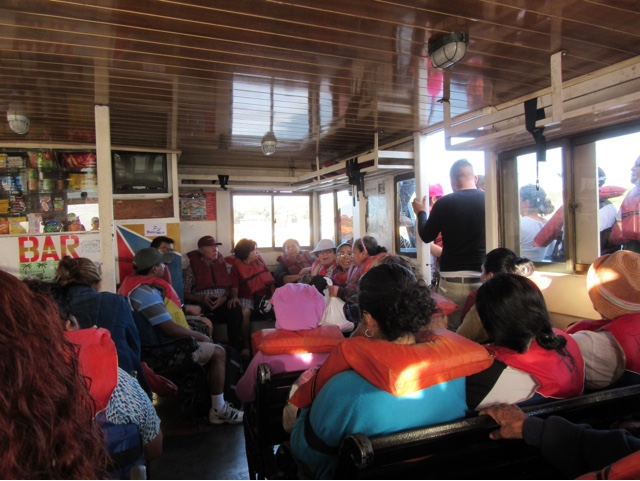 The island has a live volcano, Concepción on the left and Volcán Mederas, now extinct, on the right-

The beaches are black sand because of the volcanoes- 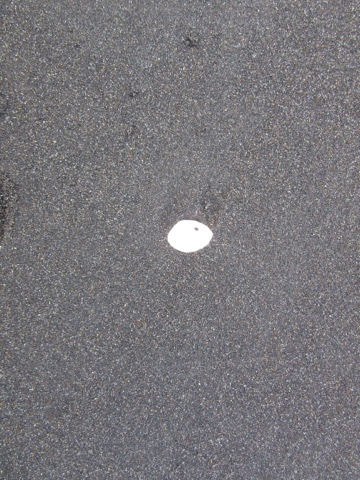 Until 1983, a road connected the island to the town of Rivas but rising lake water has made it impassable- 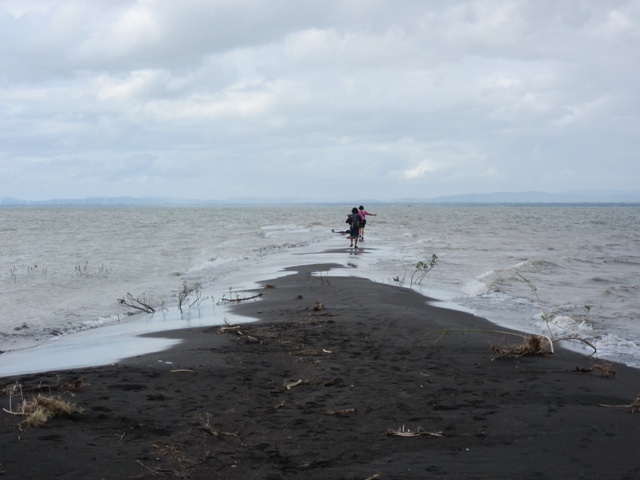 The Museo El Ceibo has many pre-Columbian artefacts, dating from 3500 years ago.  It was interesting to see how the styles changed from plain colors and simple to blues and reds and other decorations- 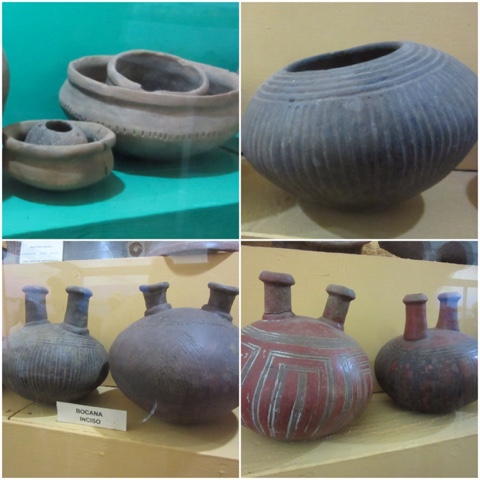 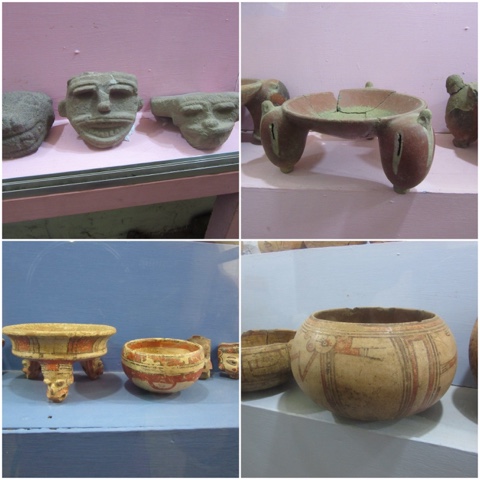 Graves were filled with jewellery, pottery and funeral urns in the shape of wombs, because that's where we have come from- 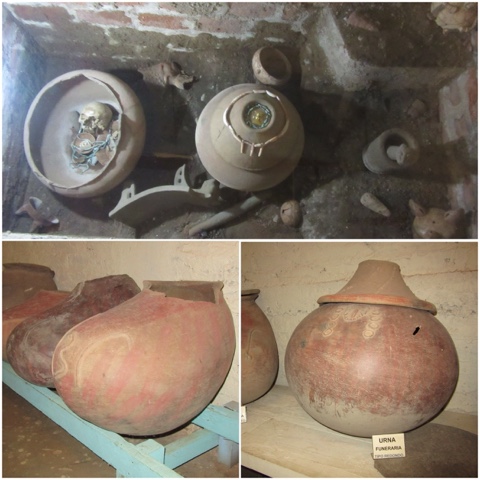 There were also rocks carved for tattooing, whistles, very ornate funeral urns in the forms of goddesses and trinkets- 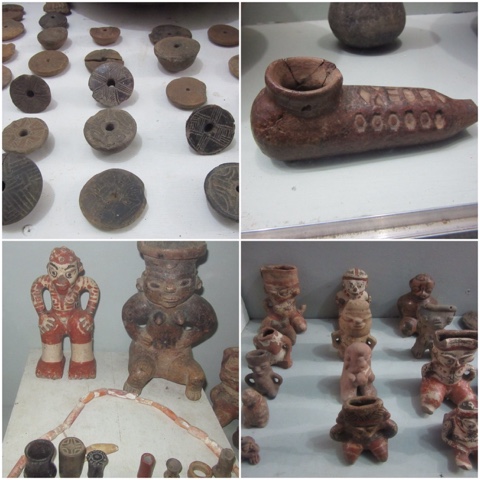 The Butterfly Farm at Charco Verde was beautiful- 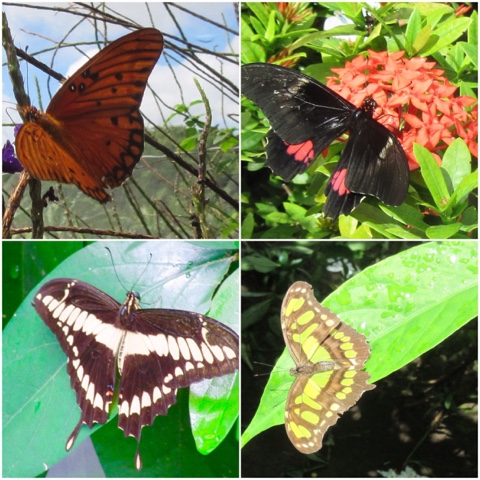 Huge moth like things enjoyed the watermelon and papaya- 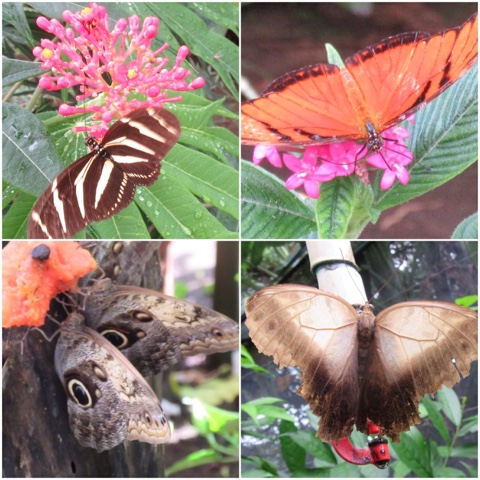 Orange coconuts!  Small papaya, the 'Tarzan' tree and a termite nest were along the walk- 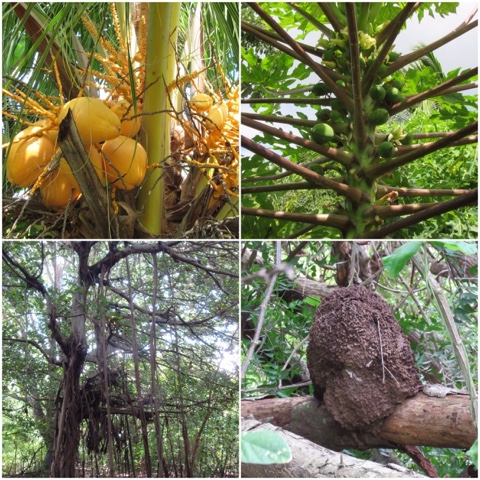 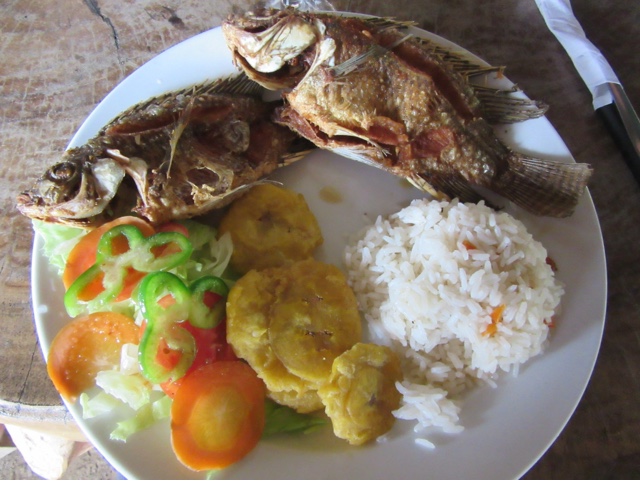 It was deep fried because it lets a person eat more.  There are more bones than meat but the frying softens the bones.  The tail was also edible, tasting like potato chips!  I don't think I'll order it again!
Unfortunately the day was really windy- 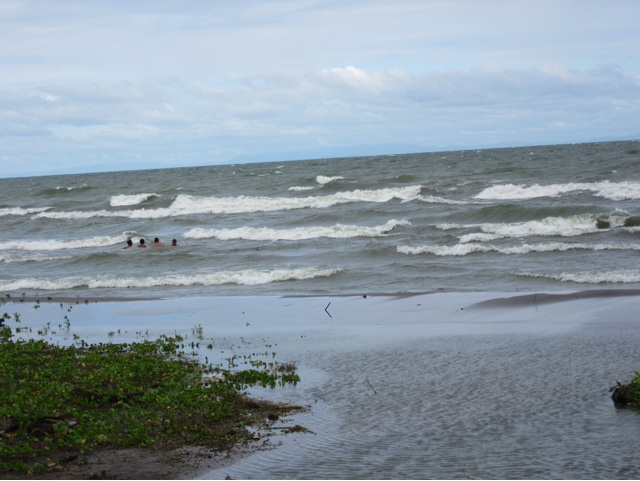 So the waves were huge, and it was too cloudy to see the top of Concepción- 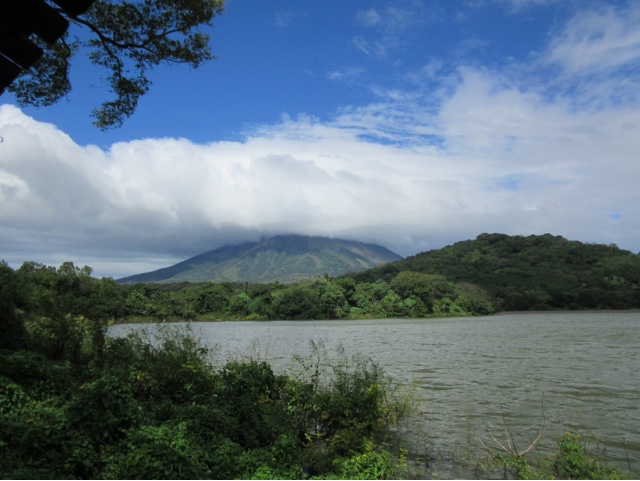 We visited what I thought was a 'hot' spring but it's only a spring fed natural pool.  It was warmer than Jackfish though and very clean- 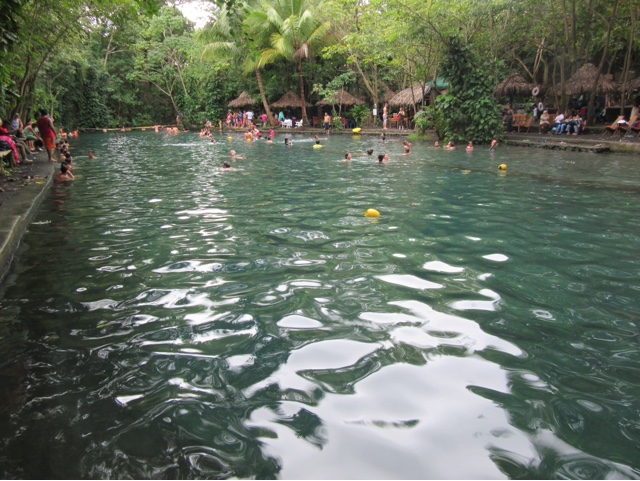 Even though it rained off and on, it was a great day.  The ferry coming home was even more crowded but we made it!
Looking forward to moving on to Laguna Apoyo tomorrow!
at December 29, 2016