La Liga Nicaragüense de Beisbol Profesional (LNBP) was originally established in 1956 but folded in 1967 because of financial difficulty.  It restarted in 2004.  We went to a game at the Estadio Roque Tadeo Zavala in Granada- 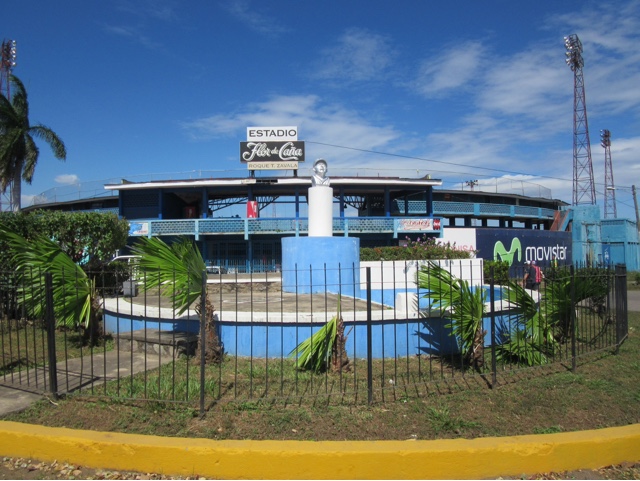 to watch the Orientales de Granada beat the Indios Del Boér 4 to 3. 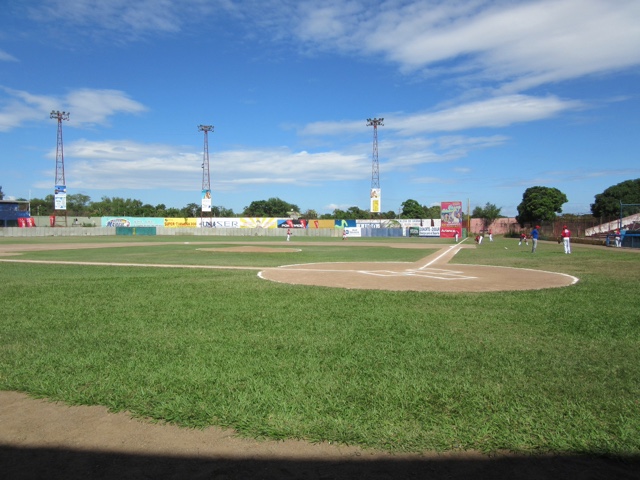 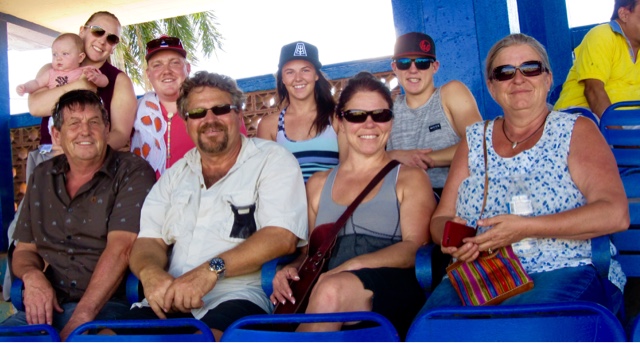 Adele, Jaclyn, Orville, A Jay and Brooklyn went down to the field to meet some players- 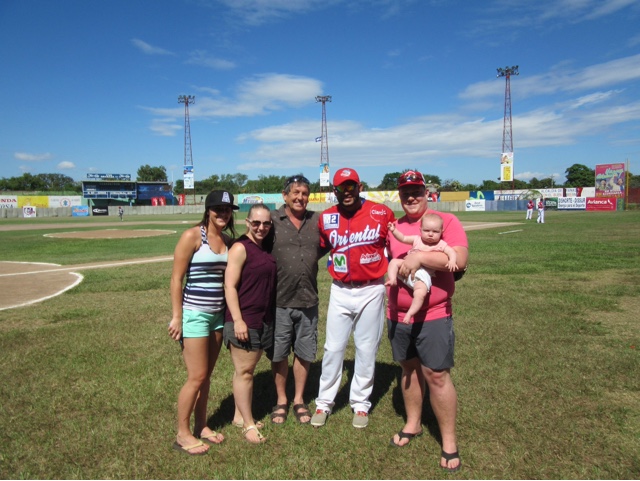 Vendors walk around constantly calling out what they have to sell: "agua,gaseosa,cerveza" or "Casio Casio Casio"- 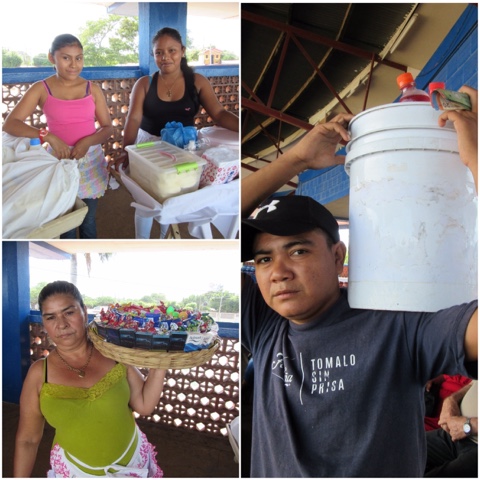 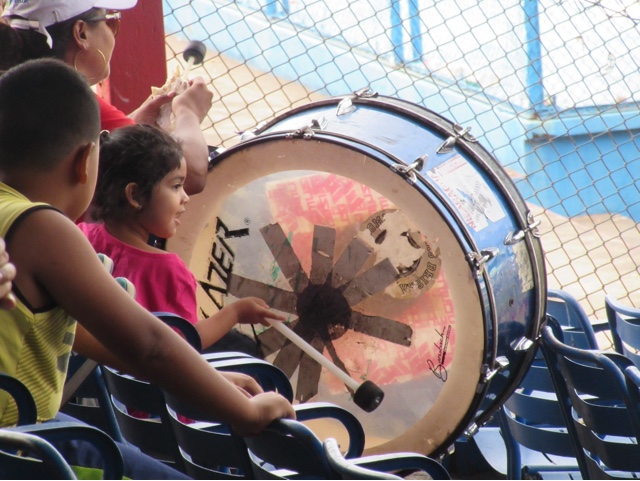 We met Barb and Reinie in Catarina for supper, then wandered around the San Silvestre celebrations which include bombas, lots of bombas, food, cerveza and ron stalls as well as carnival rides such as the Ferris wheel/zipper- which went around soooo fast!
Kids dress up in costumes like at Halloween- 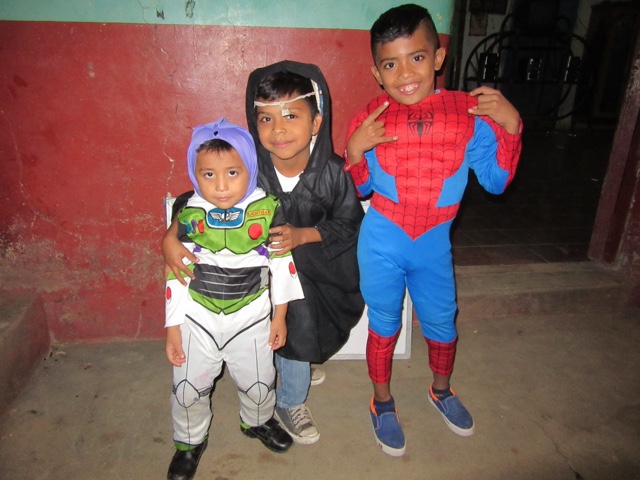 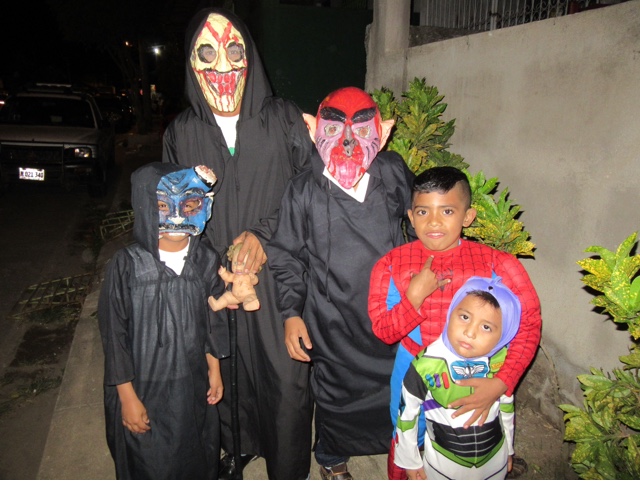 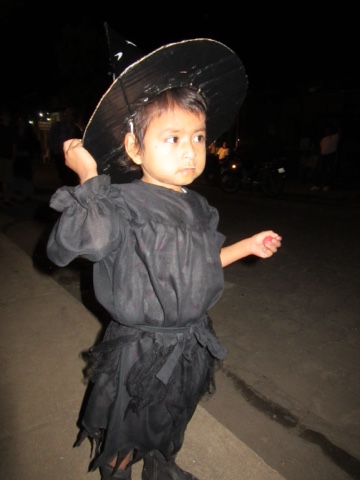 but don't ask for candy; they just wander the streets.
Bands play, what, I'm not sure.  Each member just sort of plays their own thing but at least they are 'in time'-

The crowds were crazy!  It was like Mardi Gras- 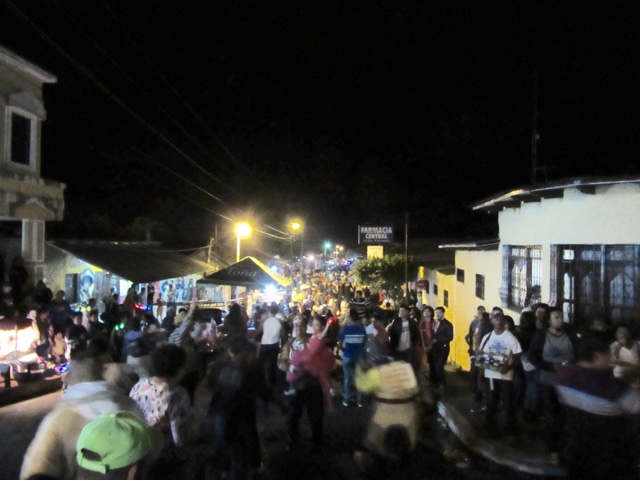 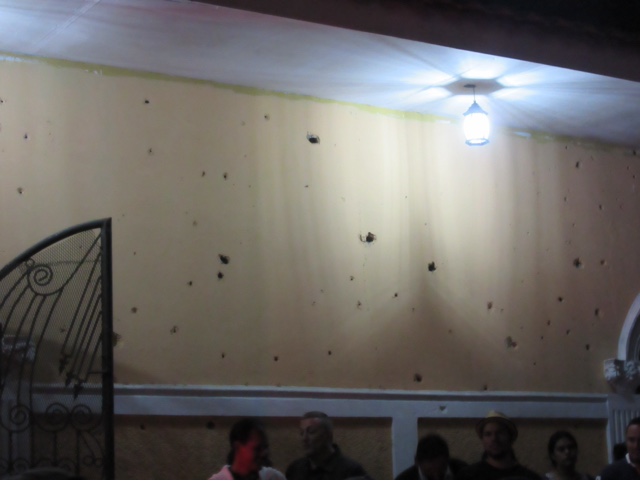 Tomorrow will be another fine day spent lounging in the lake and pool, then we're going to Barb and Reinie's to watch fireworks for New Years!
at December 31, 2016