Breakfast was at Nerie's, known for the best rice and beans in all of Belize!  The flat jacks are also pretty good, sort of like a spud nut!  For breakfast yet! 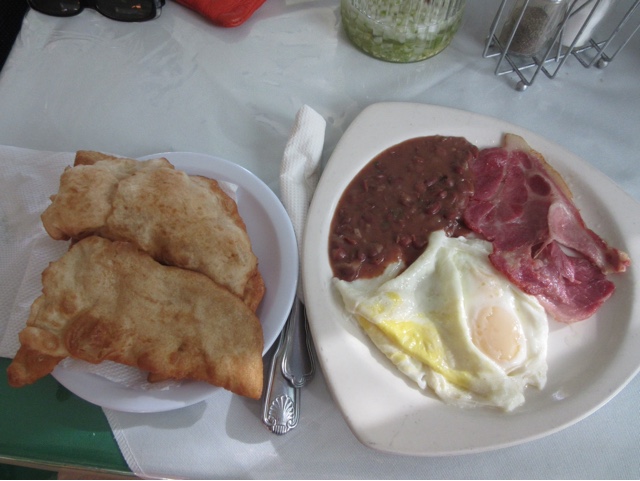 The National Museum of Belize has a great slavery exhibit and I learned a lot.
Manufactured goods such as weapons, gun powder, iron pots, glass beads and textiles were taken from Europe to Africa where they were traded for slaves, gold and spices.  Then, those goods were traded in the Caribbean for raw materials such as timber, sugar, rum, tobacco and cotton which were taken back to Europe for use in manufacturing- 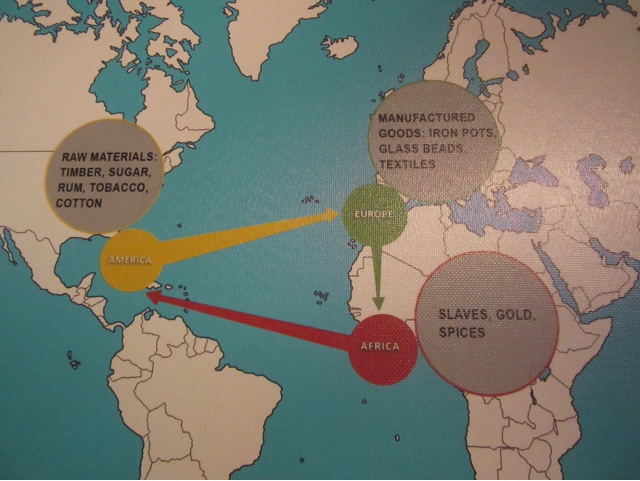 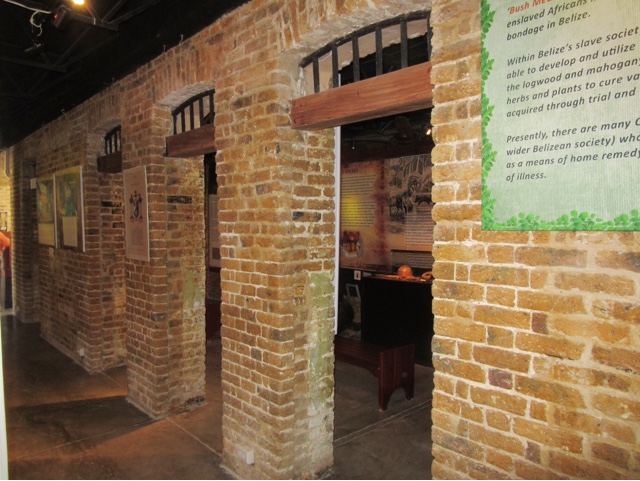 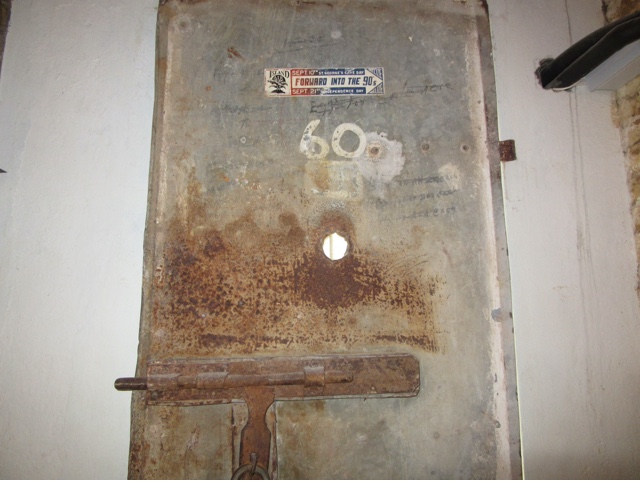 Leaving Central Africa, slaves were squished into boats.  Every man was supposed to have 6 feet by 1 foot 4 inches, every woman 5 feet by 1 foot 4 inches and every boy 5 feet by 1 foot 2 inches but this rarely happened.  Usually they had to lie down spooning naked and were chained on top of their urine, feces and vomit for the two to three month voyage!  The ships were called "Slavers" and were licensed not to exceed 350 slaves but usually there were at least 800 on board.  Slaves were delivered to Jamaica and Bermuda.
An advertisement for a forthcoming slave auction in Jamaica- 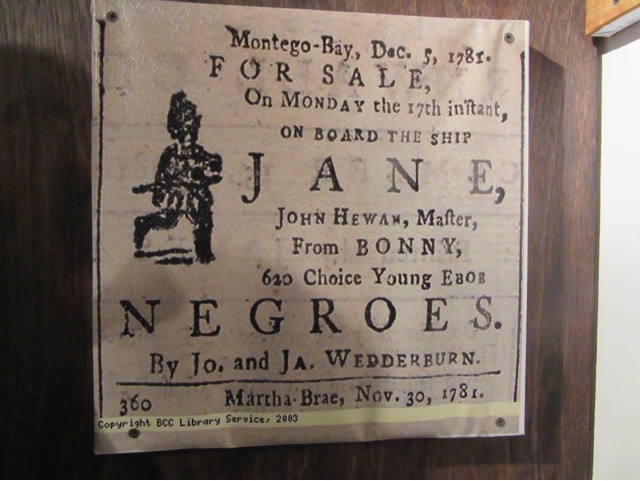 There were three tiers in British Honduras, as Belize was formerly called:
Elite
Colored = Poor whites = Free blacks
Slaves
The Elite made up laws, including the Location Laws (1765-1787).  Of course the laws favored the Elites and gave them rights to accrue large tracts of land.  One of the laws required applicants to own at least "four able Negro men slaves" if they wanted to qualify for Mahogany works.  They already owned a lot of land, so getting into the mahogany business was just the next step.
Slaves were emancipated August 1,1838 but before that, there was an apprenticeship period of 4 years (1834-1838) when the Masters 'taught' the slaves how to be free.  Of course, this just meant maintaining control for 4 more years.  Once free, they had no other way to make a living, so most continued working for the Elite for poor wages.  Eventually a proper labor system was developed:  work hours, salaries and eventually the Trade Union Movement.
The museum also has a huge stamp collection- 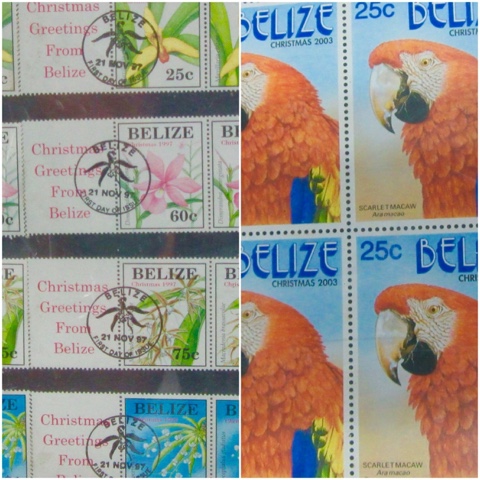 And a permanent Maya display.  I really liked that part too because I saw some real artifacts from Caracol. This necklace is carved from shell, pyrite and jade and dates to the Late Classic Period- 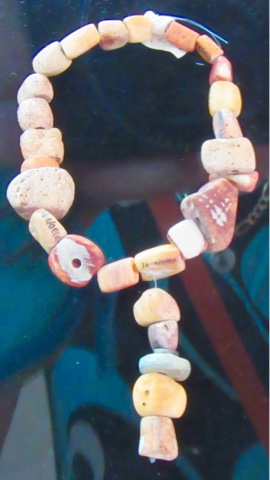 Earflares, made of jade, were worn in the earlobe of Elites during rituals.  This particular pair is very large and date from the Classical Period (300-600 A.D.)- 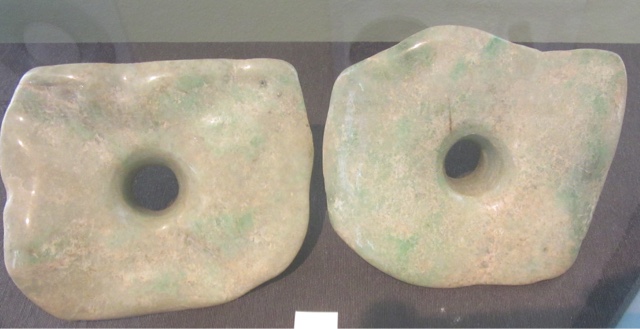 The Altun Ha jade head is the crown jewel of Belize.  It was discovered in 1968 in a tomb along with flints, ceramic pots, shell ornaments and the remains of an elderly male.  It's believed to be from 600 - 650 A.D. - 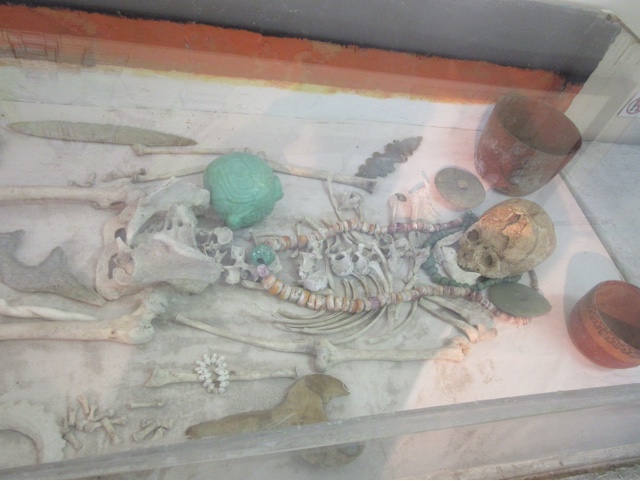 It weighs 9.75 pounds and is 6 inches tall.  It's the largest single carved piece of jade in Central America.  It has crossed eyes, fang-like things on either side of the mouth and the Ahau glyph on the forehead.  All of this identifies it as a precedent action of the Maya sun god Kinich Ahau who was one of the most important deities in the Maya world.  It was carved with stone tools and would have taken many months, possibly years to make.  It's carved from one solid piece of jade.  The head is still the most important icon to the Beliziens and can be found on the currency- 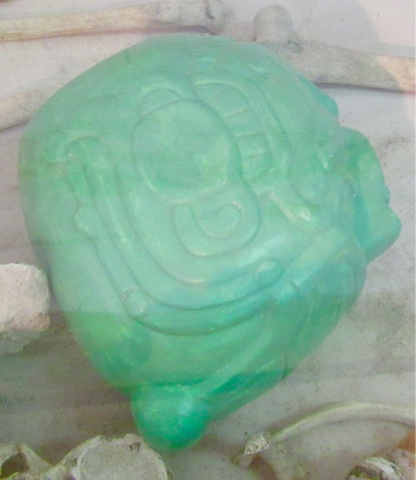 Leaving the museum, I passed a typical school.  I've seen quite a few and they are either Baptist or Roman Catholic- 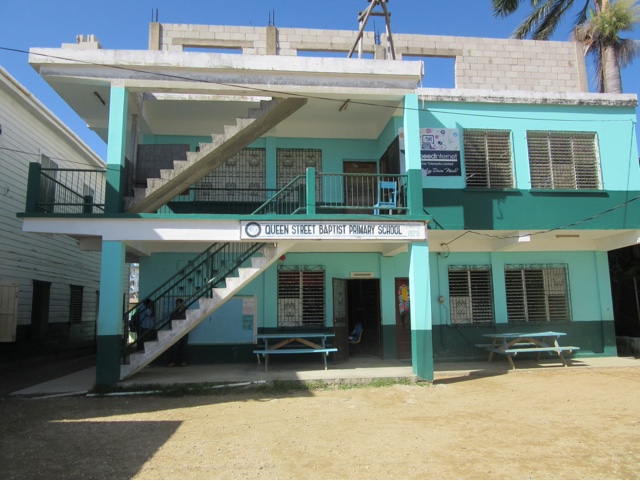 I boarded a small boat for Caye Caulker- 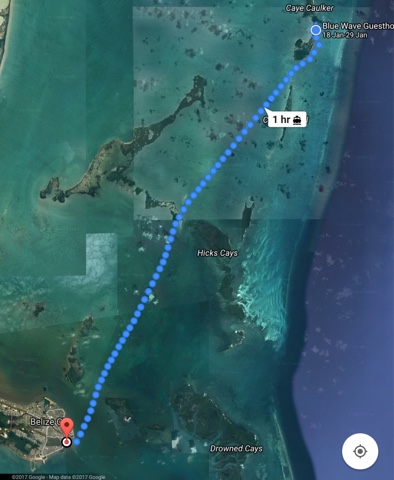 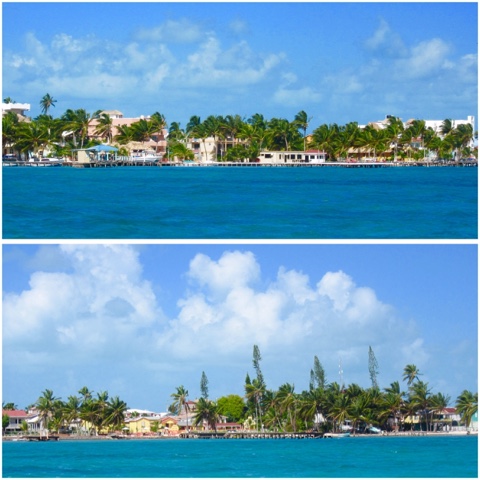 I'm staying at the Blue Wave Guest House and have a great room, again on a corner so I have air flow on 2 sides.  If I turn my bed- 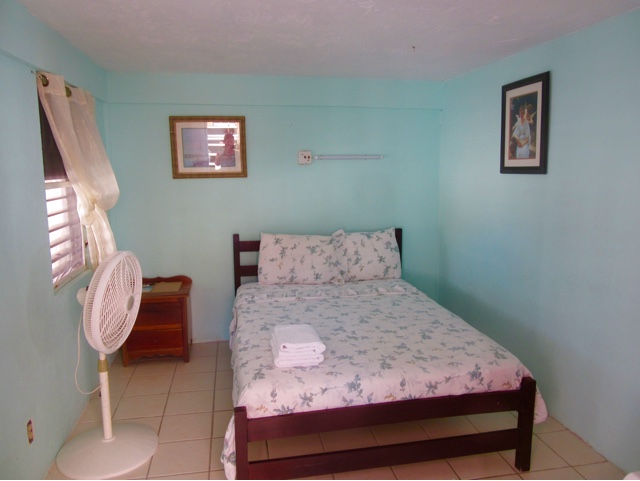 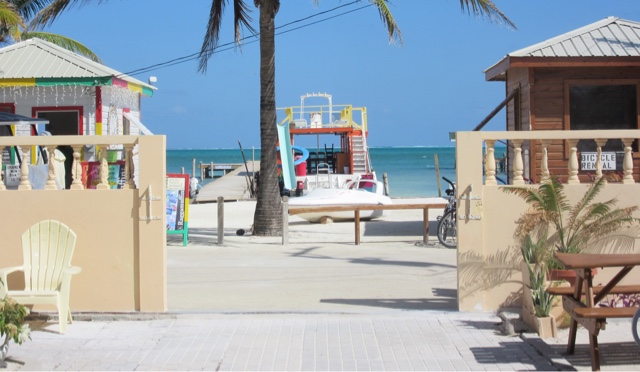 I wandered around town, which isn't very big, checking out dive shops and finally had lunch: fried conch and fresh watermelon juice- 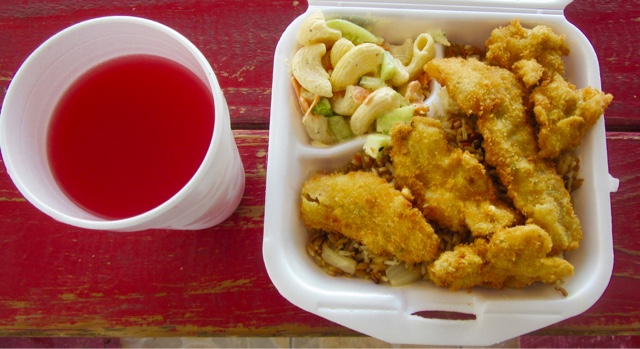 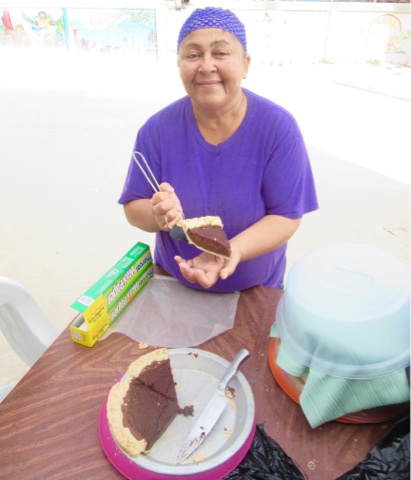 She is very famous!  Anyone who's been here knows her!
I ran into Dave and Bill, my two American friends.  They're staying next door and planning to dive The Blue Hole on Friday.  Hmmmmm.....
There isn't a lot to do here so it might be a few days between posts.  I leave for Placencia January 29th so......
at January 18, 2017