I spent the day lazing around: by the pool, reading in my room and in a hammock, on the patio, and on the couch....  Very nice. 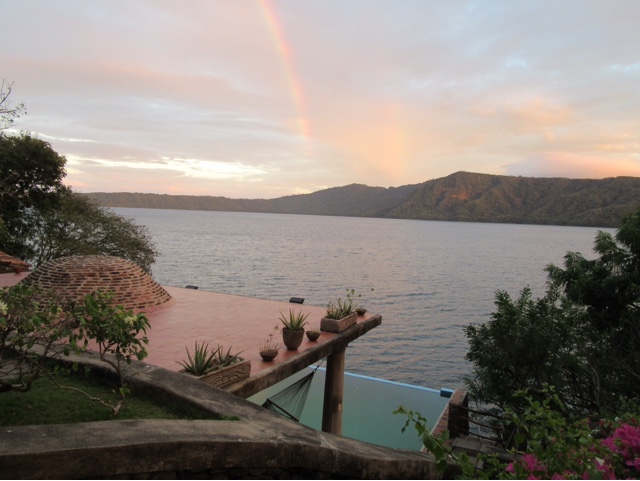 Roy and Karen brought supper - soooo good!  Roy does magic tricks, like pulling a coin out of my ear and a dollar out of a paper towel.  I watched a few times but could not see how he did it!  Very cool!
We all managed to stay awake and about 10:30 went to Barb and Reinie's to see the fireworks.  From their beautiful home, you can see Managua, Masaya and Granada.  There is nothing but lights for 180 degrees.  My little camera doesn't do the view any justice- 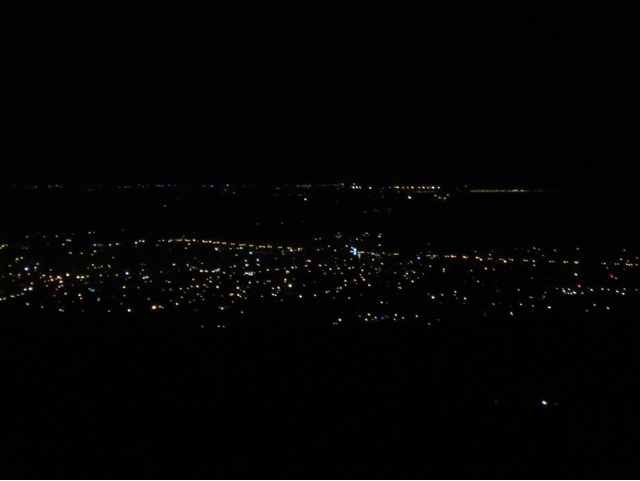 The fireworks started about 11:45 and ended half an hour later- 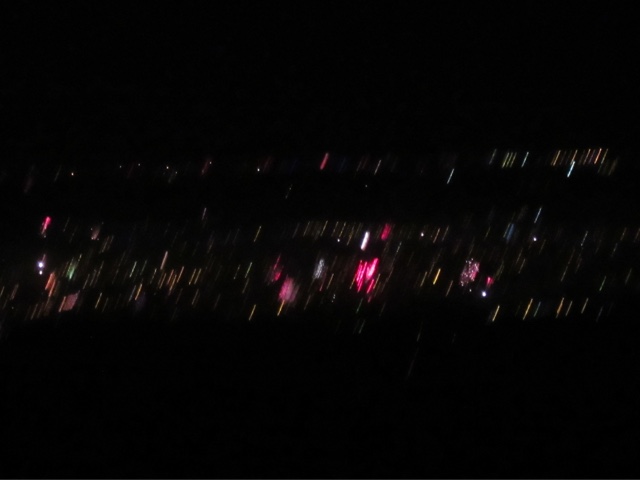 As time went on, the air was thick with smoke and driving home, the roads were littered with paper!
An albino gecko dropped off the roof onto Reinie's shoulder.  It didn't bother him one bit.  I'd have still been freaking out and probably jumped off the deck- 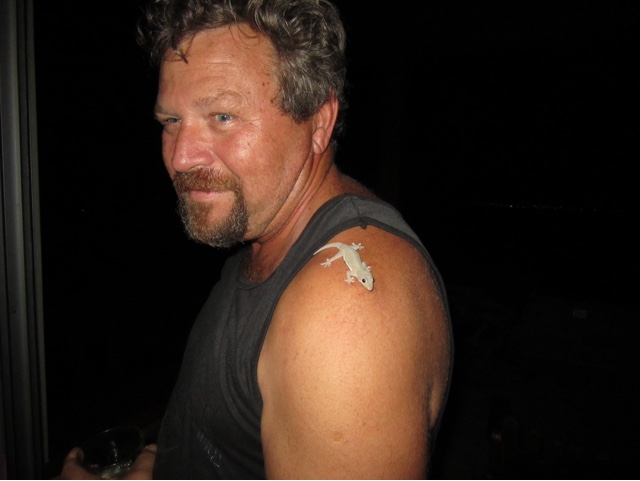 Neighbors came over to celebrate and the two young boys had a ball lighting Mark's bombas.  They knew what they were doing!  Later on, they played musical chairs- 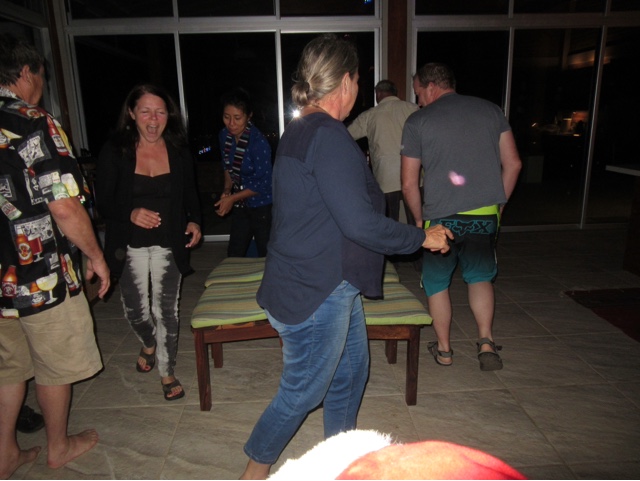 I practiced my Spanish with a few people.  One woman works at an egg distributing office where they sell 300,000 eggs/day!  Eggs are expensive too at $5.82/30 = $2.33/dozen, however they are cheaper than carne so a good source of protein.
This guy greeted us at the entrance to the house.  He's dead, thanks to chemicals in the yard and the ants were having a feast- 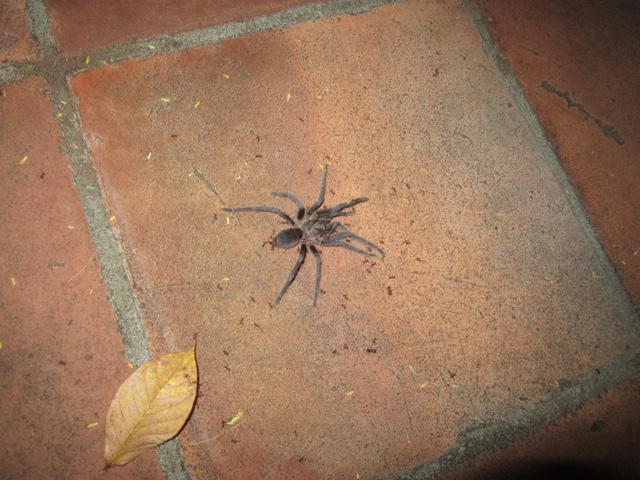