There were more bombas in the night and someone was out on the tin roof next to my room, blasting away, again about 4:30 this morning!  What a crazy place!
Across from Flores is a peninsula that 'looks'? like an alligator.  Can you see its snout on the left side of the picture?  At the crown of his head, you can see an arch.  That's the lookout point to look back at Flores-

I took a lancha over for 87 cents. Antonio the driver, decided he was done for the day so he came with me.  Our first stop was his 'new' home.  He's just in the process of building it and has quite a mess going on.  There is a pile of partially dried cement in the middle that he's using to complete a Maya sculpture on the outside.  He shares the space with two dogs and apparently he sleeps here.  The first thing he did was reach into the corner and pull out a large feather to give me as a gift- 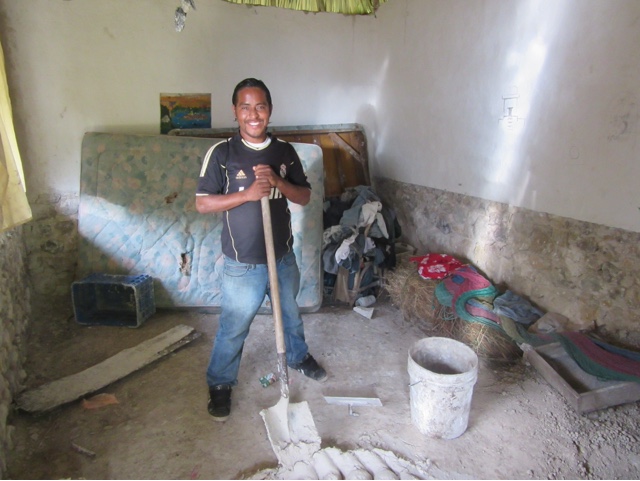 I wondered if he was taking me down bandido trail but no, we made it safely to the tree house- 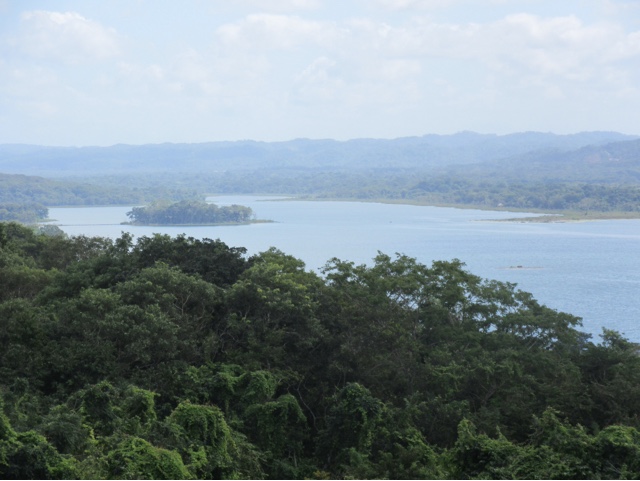 The view of Flores is great- 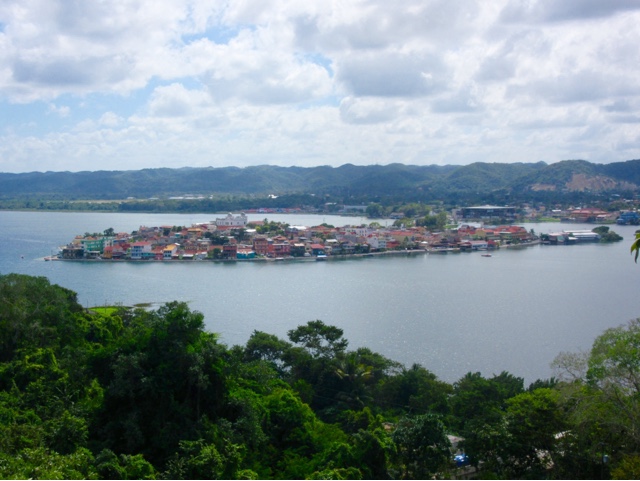 Along the way back to the village- 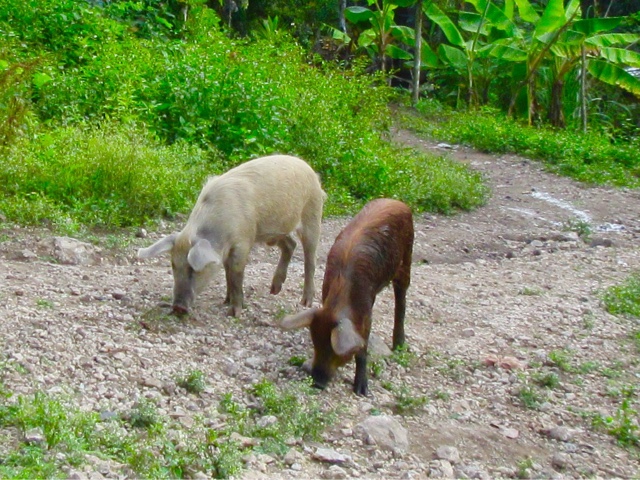 The leaf is way bigger than the ant- 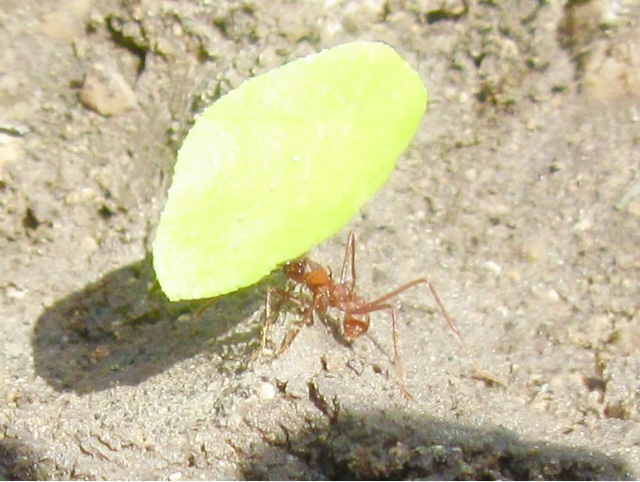 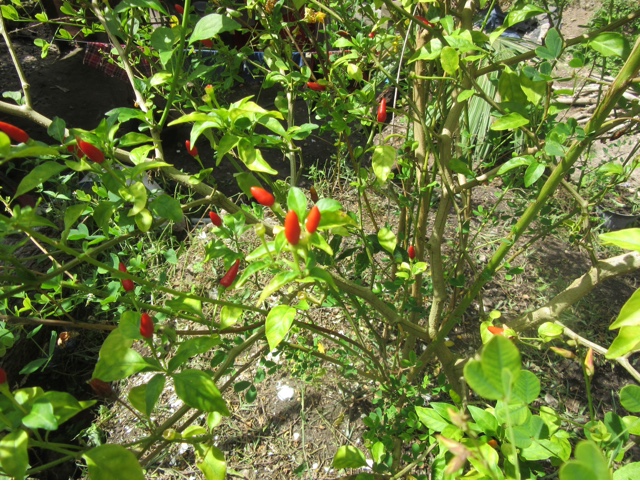 Antonio stopped to visit his Tia then we stopped at a beautiful hotel.  I asked him if he wanted a cerveza and yes he did.  When I asked the woman for 2, she told me, in Spanish, that she would serve me one but she would not serve mi amigo.  Now, my Spanish isn't that great and she spoke quickly so I thought that couldn't be what she said.  I must have looked at her funny because she asked if I spoke English and then repeated herself.  I had understood!  She explained that the whole village looks after Antonio and if he has one cerveza, he'll have a pailful and then who knows what he'll do!  So, we just looked around.
The mosaic floor around the pool is beautiful- 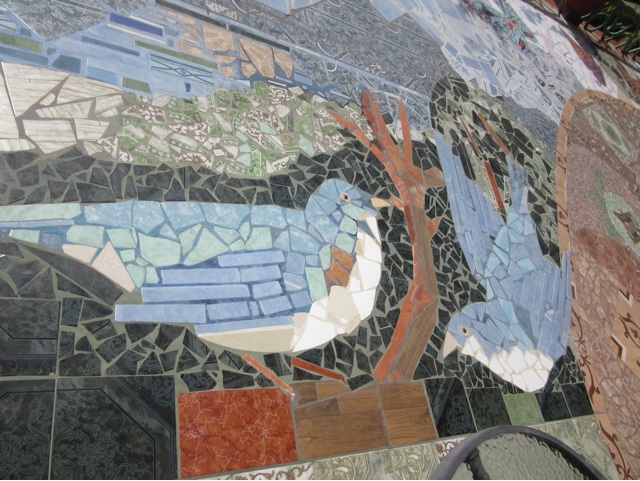 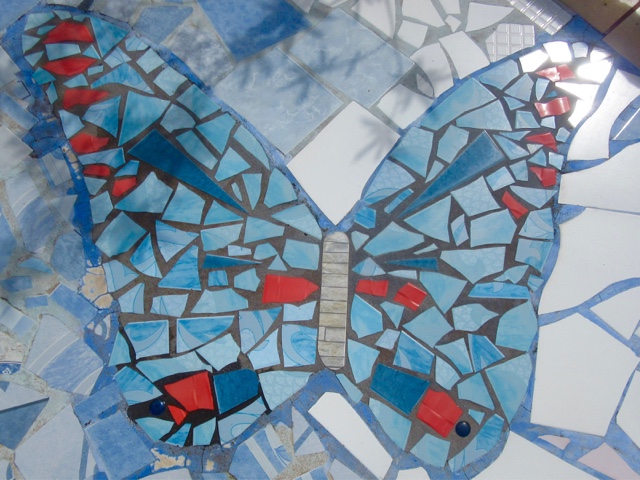 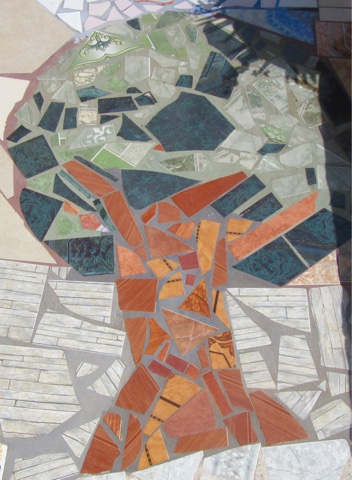 We came across a chatona.  I'm sure she's got a few appointments for parades in Flores later today! 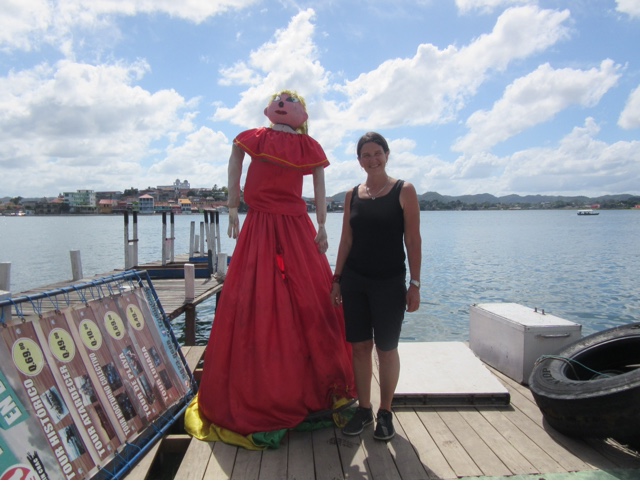 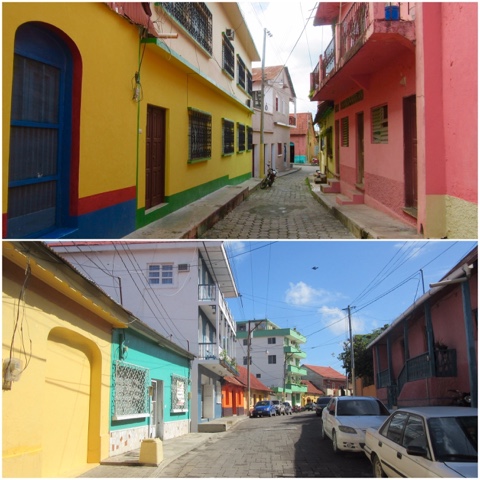 The buildings are so bright and colorful!
I walked to the Feria grounds.  It's typical with many food booths and rides, but they're old rides, maybe American leftover rides that would definitely not pass any safety standards in Canada.  My favorite booth was- 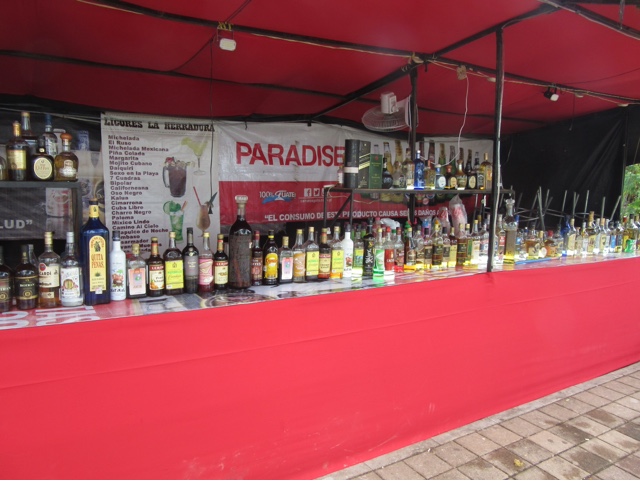 A full on bar!  Can you believe it or can you imagine what would happen if such a thing were possible in Canada!  Men were taking shots of tequila.
Of course, I couldn't resist another ceviche for lunch, complete with my new favorite drink - piña colada(s).  This ceviche had a smoky flavor and the shrimp were so solid and big.  As well, what a nice touch with the avocado and the home made nachos! 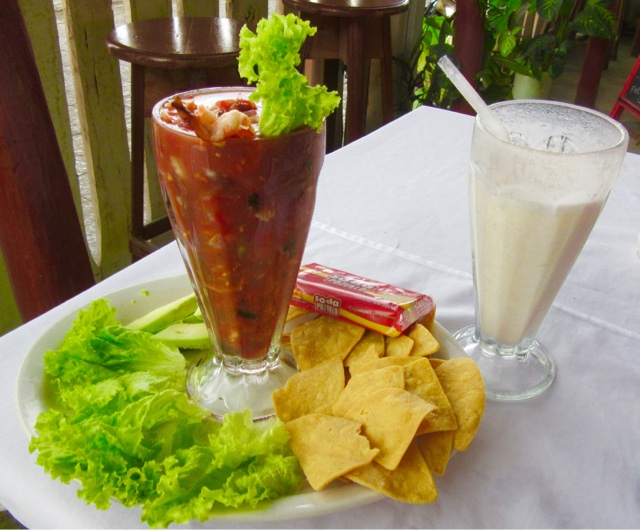 The parades continue with chatona- 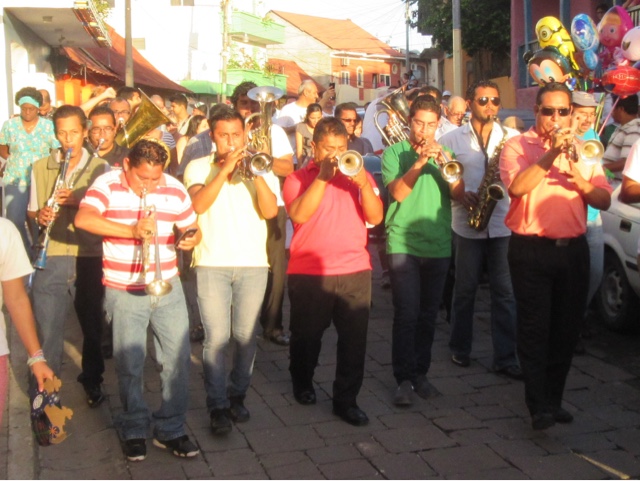 There was a lot of dancing and everyone appeared to have a beer in their hand!  The Reina even came out of a house and participated, much to the delight of the crowd-

I have no idea the significance of this head piece- 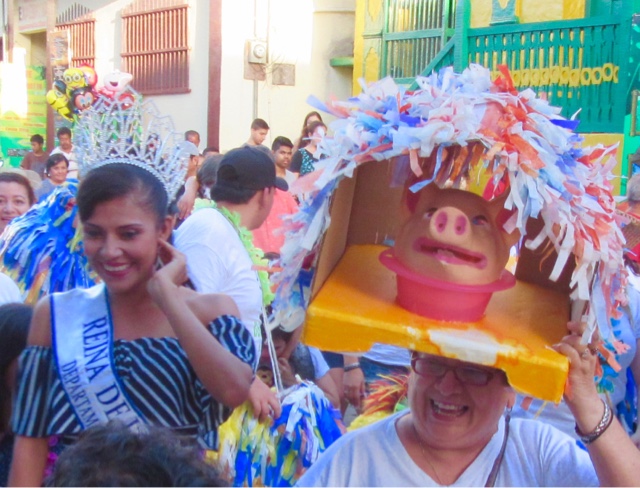 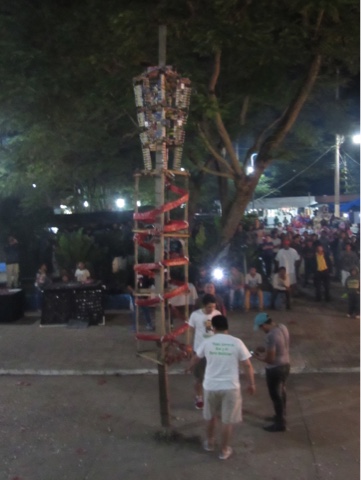 was lit on fire- 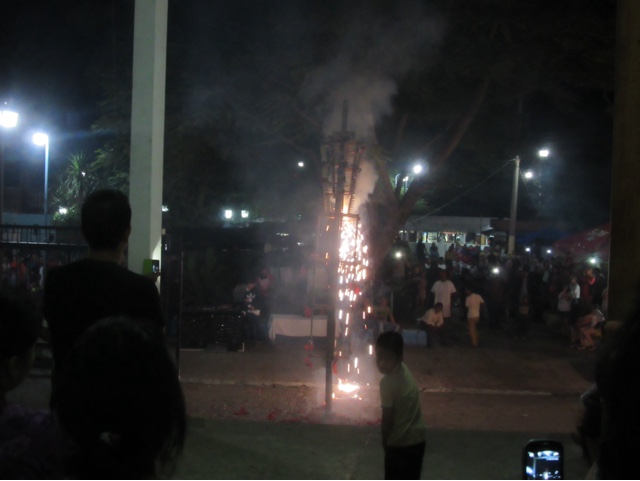 And it went crazy, shooting horizontally and making the crowd run for cover!
The fireworks were great- I finally visited the lone church on the island.  Jesus is black here too- I've been in contact with Mel, my Workaway host in Roatan and it seems that now I'm going to be the supper cook at Roatan Backpackers Hostel!  (I thought I was going to be a nanny!)   I will have to provide one vegetarian meal with a meat option!  Wow!  I'm excited for that!
I'm off to San Ignacio, Belize in the morning.  I am sad to leave Guatemala!
at January 13, 2017