JJust There are 3 or 4 men who work like concierge at our hotel.  There's a buzzer in the room, just like in the hospital, so if you need anything, you only need to buzz and a man soon shows up.  They sleep on the floor in the hotel- 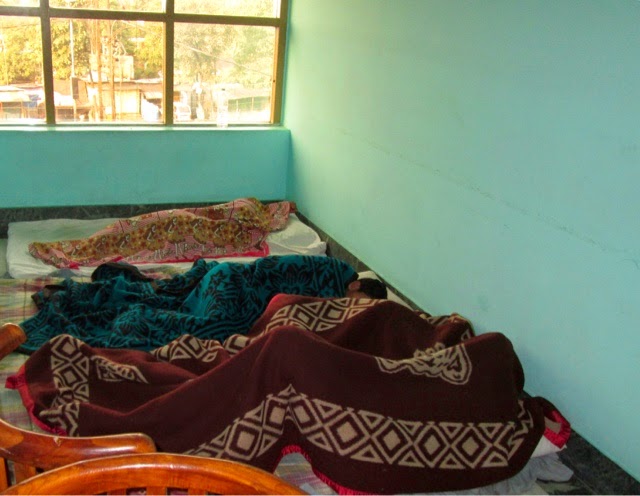 There are many tea plantations in this area.  This is Darjeeling tea- 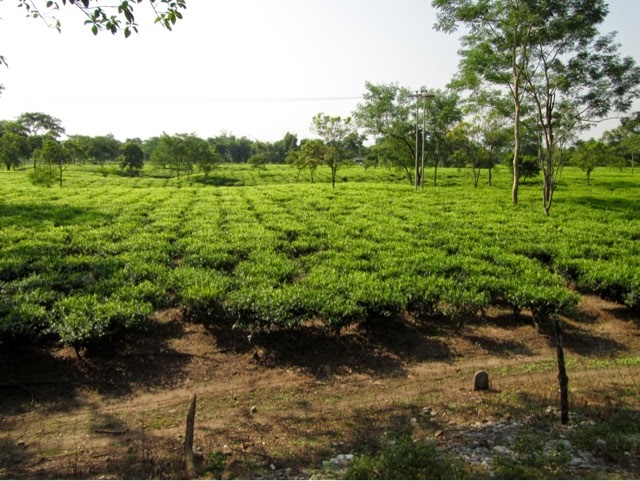 Workers off to pick tea- 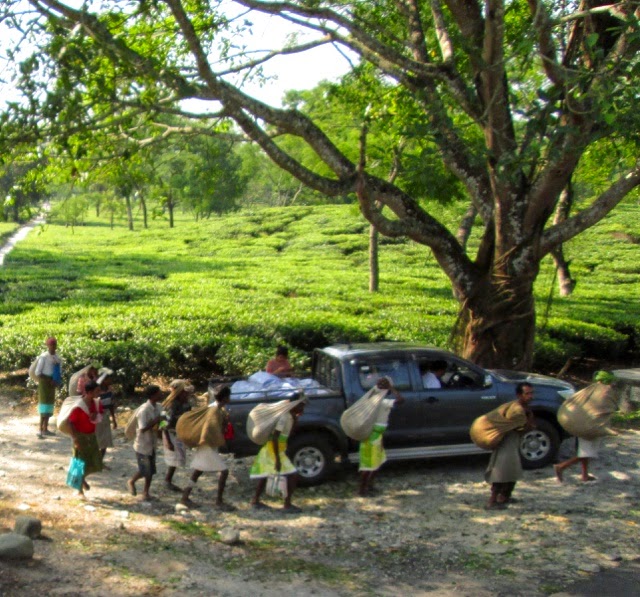 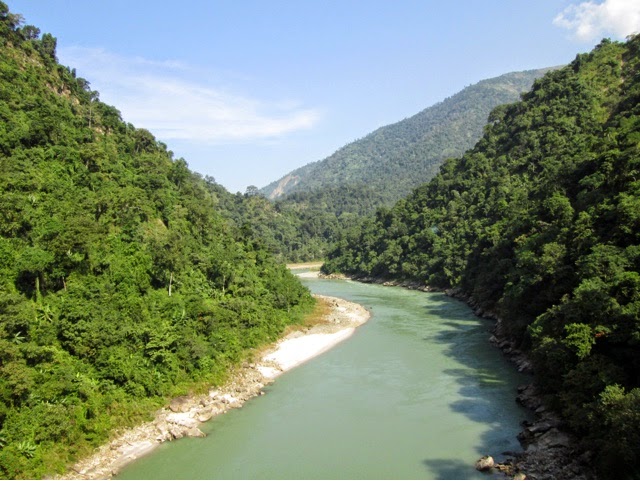 The Om sign is a mantra, a sacred word or symbol, for the Hindu people.  The "3" represents the creation, maintenance and destruction of the universe.  The crescent, or half moon is the discursive mind and the dot is Brahman- the One, the ultimate reality, the source of all existence.  Buddhists also use Om and believe that if repeated enough with great concentration, it leads to a state of blissful emptiness. 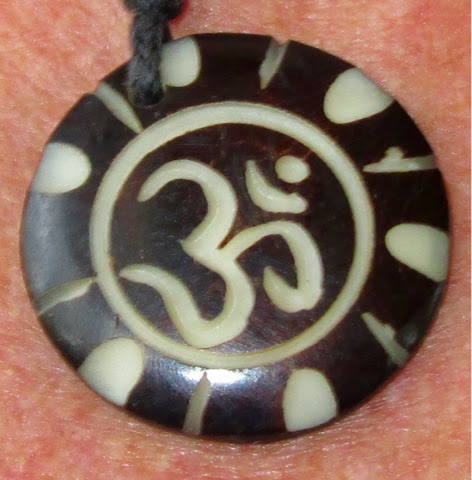 Hindus believe in Brahman.  All the other gods or dieties (330 million) are simply aspects of Brahman.  They believe in multiple reincarnations (samsara) that depend on karma - actions or conduct in past lives.  To be born into a higher caste or into better circumstances, one should fulfill one's dharma, which is a moral code of behavior or simply put, one's social duty.  Hindus believe that if enough bad karma is present, they could be reborn as an animal.  Unfortunately, it's only in human form that one can reach mosksha, or liberation.

This is a Hindu temple- 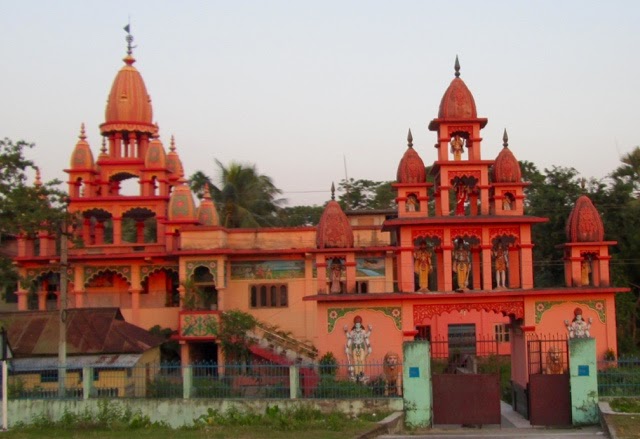 This is Ganesh, the Hindu god of good fortune, remover of obstacles and the patron of scribes. He's often found on the wall of the temple- 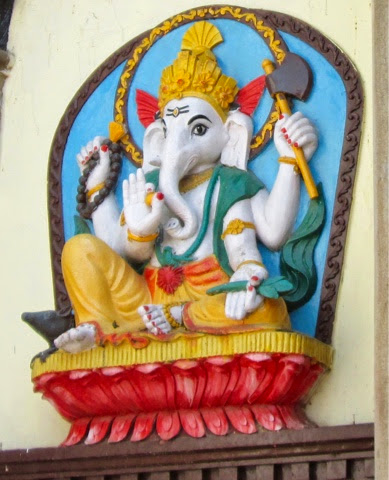 There were quite a few people sitting in rocks with hammers, smashing larger rocks into smaller ones- 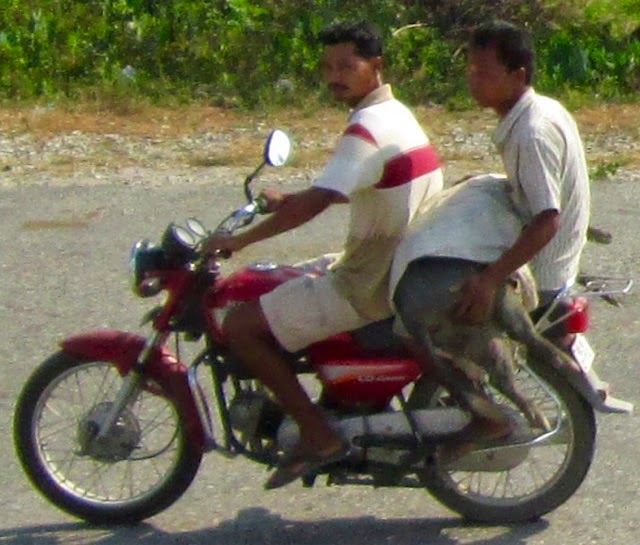 The rivers are popular places- 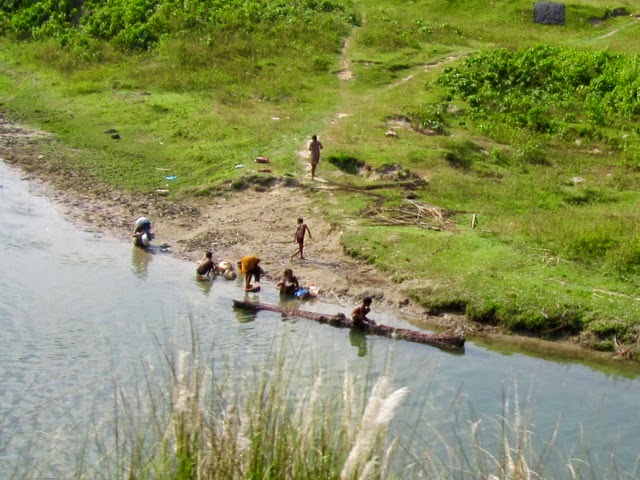 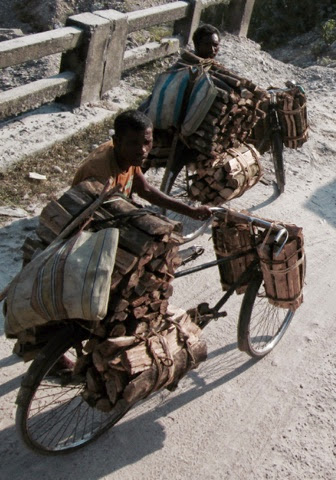 Along the way... rice, rice and more rice- 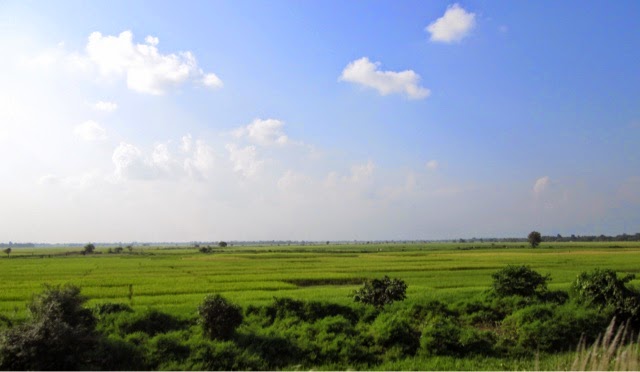 Traffic!  There are people absolutely everywhere! 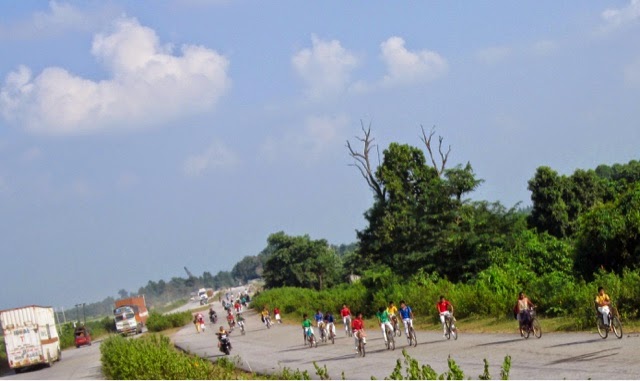 It gets dark by 5:30 and because of the roads - they have double laned a lot but only made one bridge so all traffic has to merge to one bridge.  There seem to be rivers every 500 meters and the usable bridges are bumpy with rough gravel so progress is slow.  All that meant we arrived at Manas National Park in the dark and with little electricity, everything was BLACK!  We parked at an intersection and in no time, there were numerous people around and believe it or not, quite a few hotels!  We ended up in the Bansbari Lodge.  It has excellent food and we've booked a jeep safari for tomorrow afternoon!