It took 3 hours in taxis to get to Darjeeling.  It would have taken 3 years in the truck! 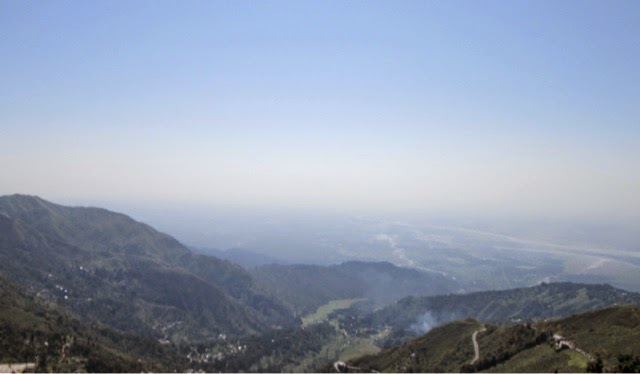 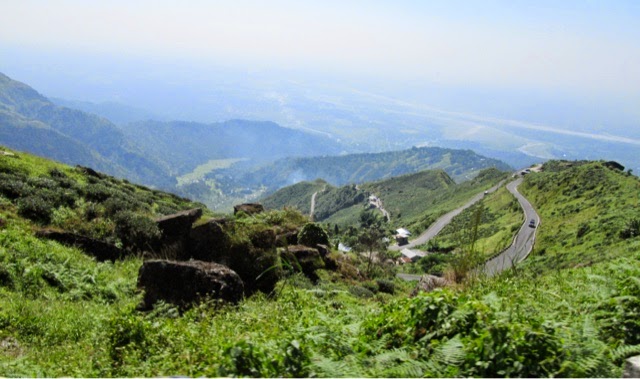 Traffic is crazy.  People pass whenever they want, whether it's safe to go or not, honking continuously-

There is a two foot wide train track all the way up.  One can take a ride in a steam train down to the next town.  The Darjeeling Himalayan Railway is also known as the 'Toy Train'.  It's a 2 ft narrow gauge railway running between New Jalpaiguri and Darjeeling in West Bengal.  It was built between 1879 and 1881.  It's 78 kilometres long and its elevation varies from 328 feet at New Jalpaiguri to about 7,218 feet at Darjeeling. 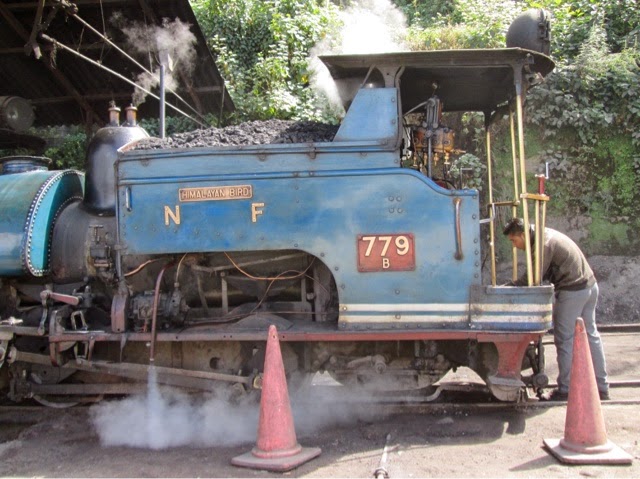 It was yellow dal for supper- 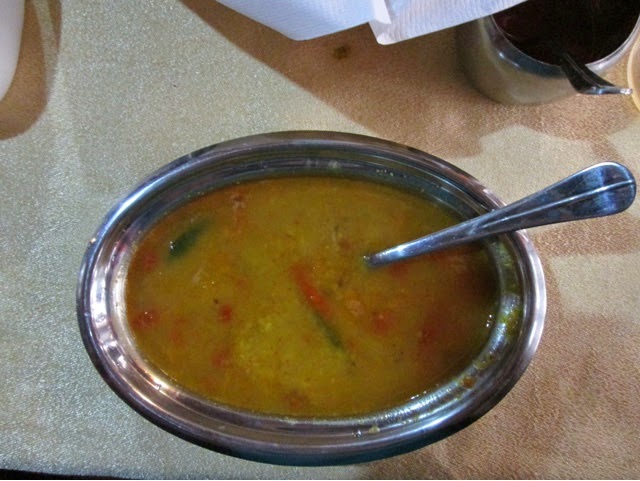 We went to Joey's to celebrate being in India!  The outside gate was locked, but the owner let us in at 3.  Usually they open at 6.  Then around 5, he said we had to leave because he had to leave.  We told him we wanted to stay, so he locked the door and left us!  We had a lot of fun there!

Here's Matt and Will, enjoying some Kingfisher- 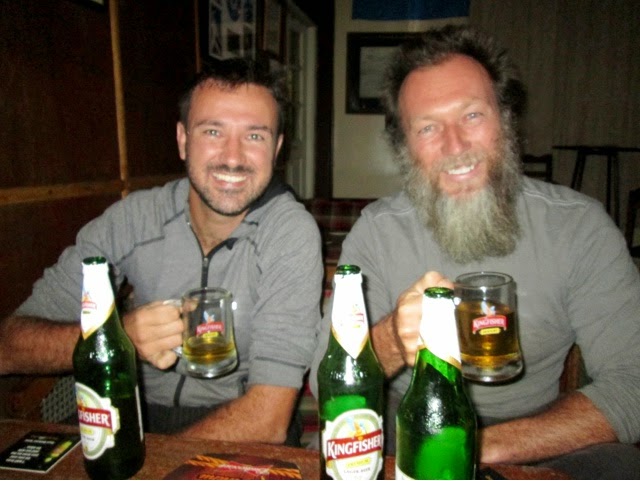 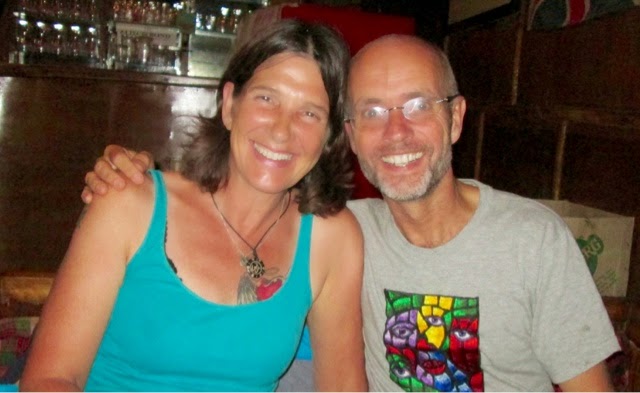 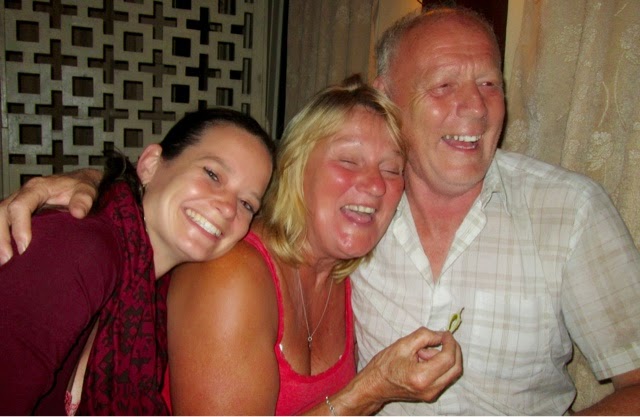 Today starts Cultural Month.  A concert was in progress at the Observation Point.  It wasn't my kind of music :) 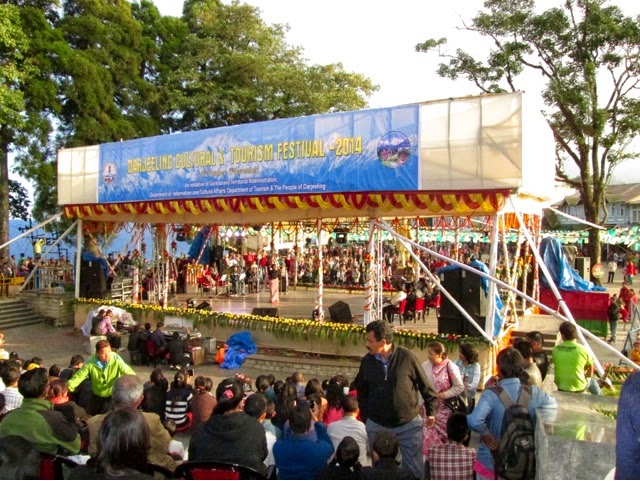 The view-  Unfortunately it was too cloudy to see the Himalayas- 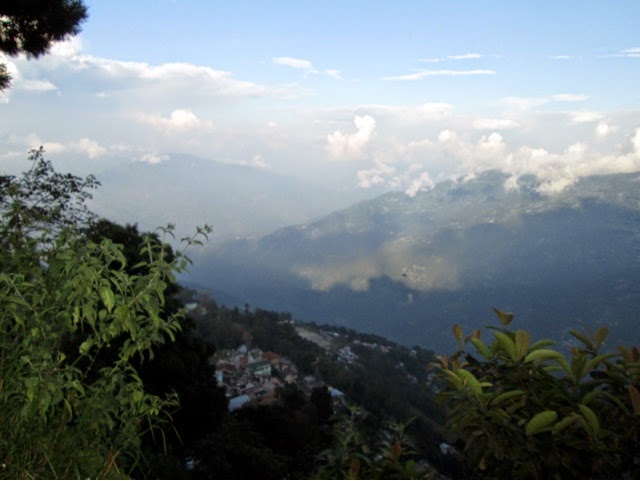 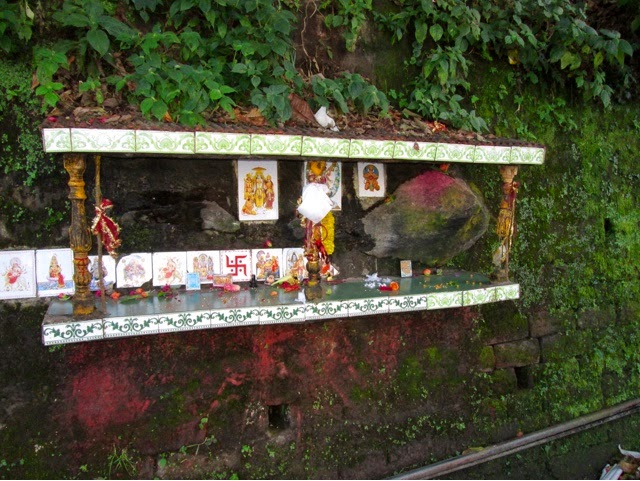 I'm not sure what these are called but the liquid in the jar goes into the hollow balls and then you can choose what else you want mixed in.  They are delicious.  We tried them in Tibet. 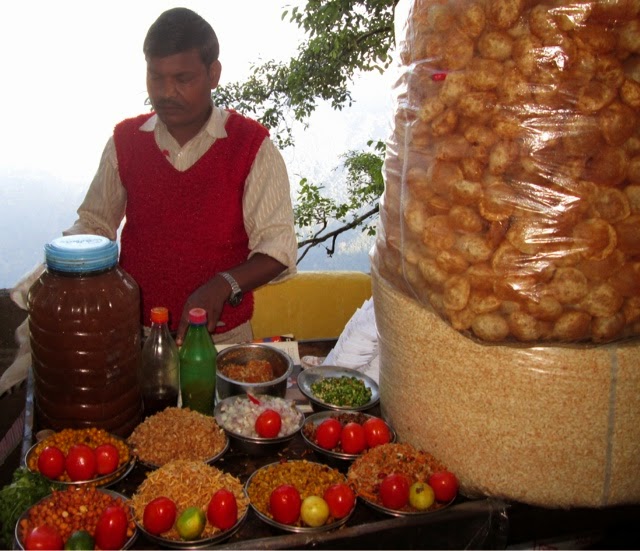 Today was a pretty quiet day.  We enjoyed KFC for lunch (can you believe it???) and Dominos Pizza for supper!  It was a nice change to eat familiar food.  Tomorrow, we return to Siliguri and then on to Manas National Park.

Email ThisBlogThis!Share to TwitterShare to FacebookShare to Pinterest
Labels: Darjeeling