The Lanna style architecture of the temples in Chiang Mai is distinctive for the intrictate woodcarvings, murals and steep pitched roofs.  I saw many examples today!

Wat Phra Chedi Luang was started by King Saen Muang Ma at the end of the 14th century as a tomb for his father but finished in the mid-15th.  The chedi used to be 90 meters high until 1545 when it was damaged in an earthquake.  Today's chedi is 60 meters high.  Notice the large elephants on the left side! 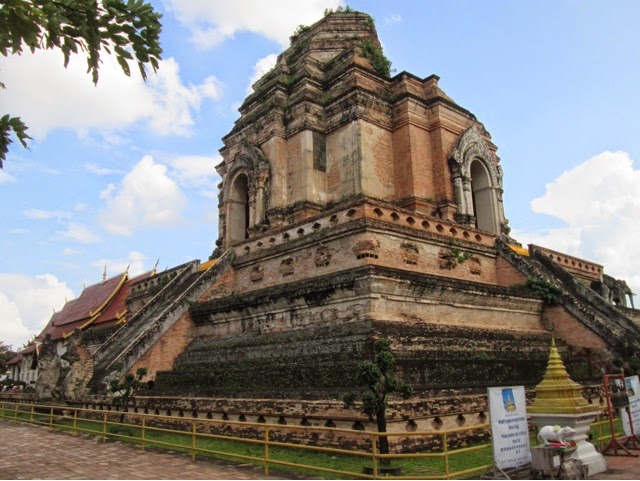 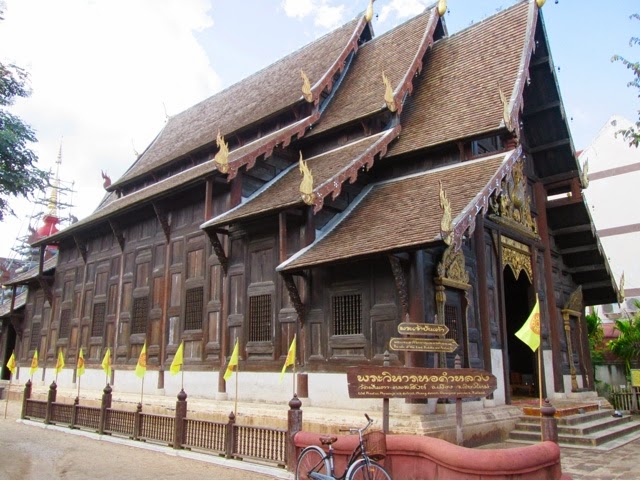 Inside is the Pra Buddha Attharos.  His posture is significant as it's called the Preventing Relatives from Fighting Posture.  According to legend, two families who were related to Buddha, were fighting over the water in a river that separated their land.  Lord Buddha asked this question:  "Which means more to you - water or relatives?"  This question forced them to think about what they were doing, stop flighting and bloodshed was prevented.  This position also says Peace to the World-

This is the front altar- 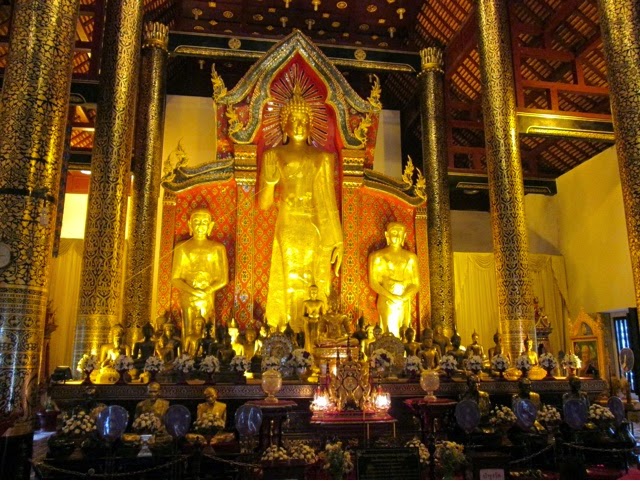 These animal zodiac banners, also called Tung, are used to get rid of bad luck.  Many hang from the ceiling- 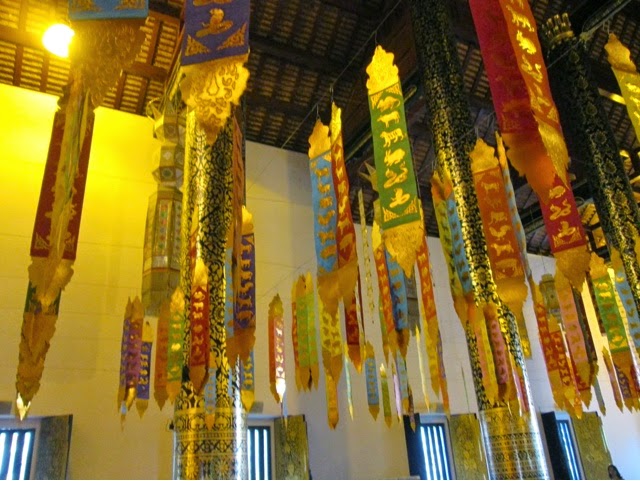 Monks walk around towns carrying their alms bowl, hoping for donations of money and food.  There were many in this wat- 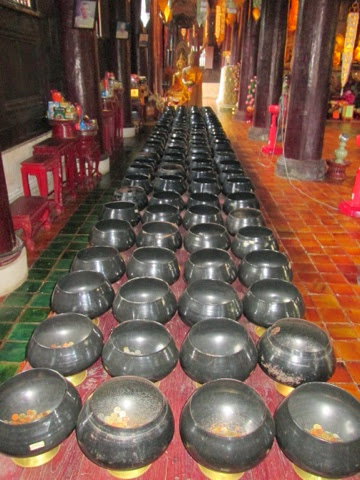 There are many offerings of food, flowers, incense, money and other items.  A donation box is always close by! 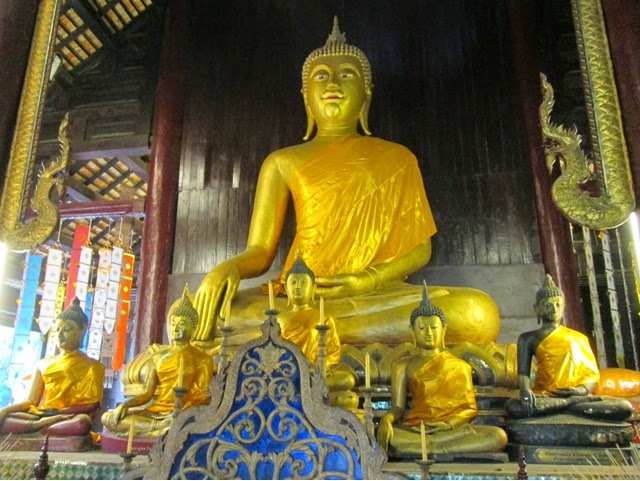 The Three King's Monument is dedicated to the three northern Lao kings who founded Chiang Mai.  They are dressed in 14th century costumes.  People also leave gifts of flowers and incense- 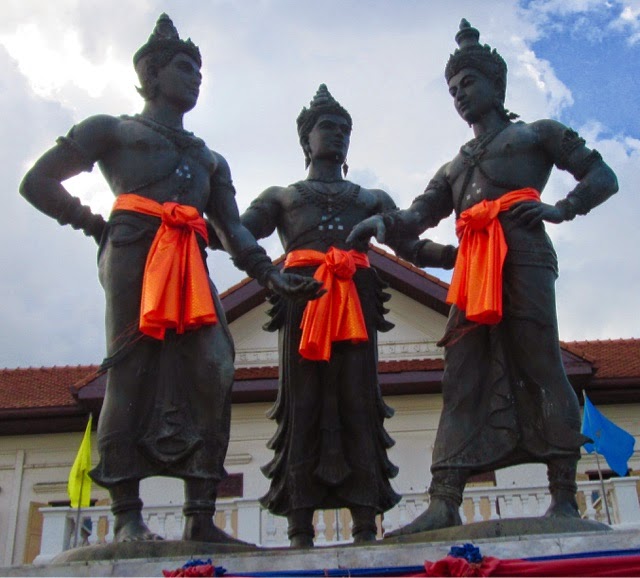 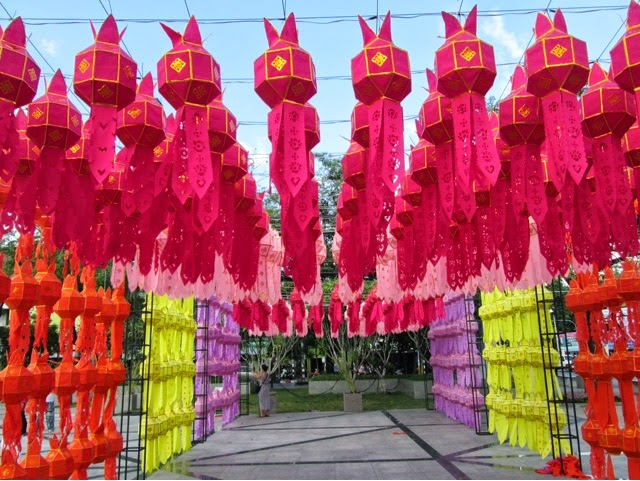 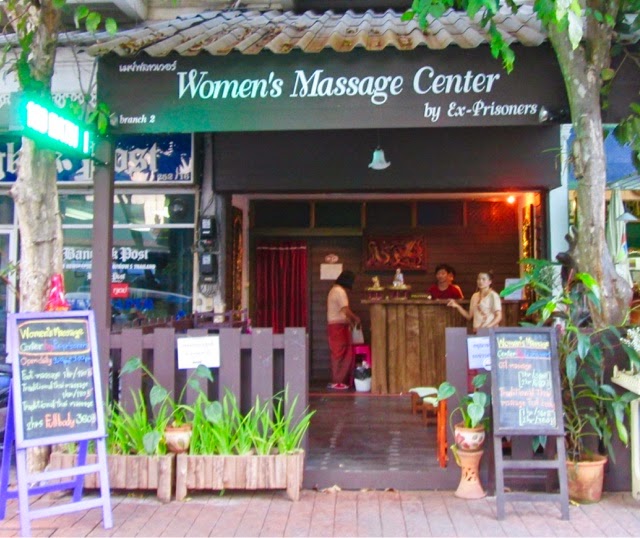