What to do today?  Well, I could sit in my room and listen to the chickens cockadoodledoo while the dogs bark and bark or .....

I had breakfast again at the market - same, same - cerdo asado (roast pork) on a couple of small tortillas with fried cebolla (onions) and cabbage.  Muy rico!  I then walked to the Malecon, believe it or not there is one in small El Fuerte- 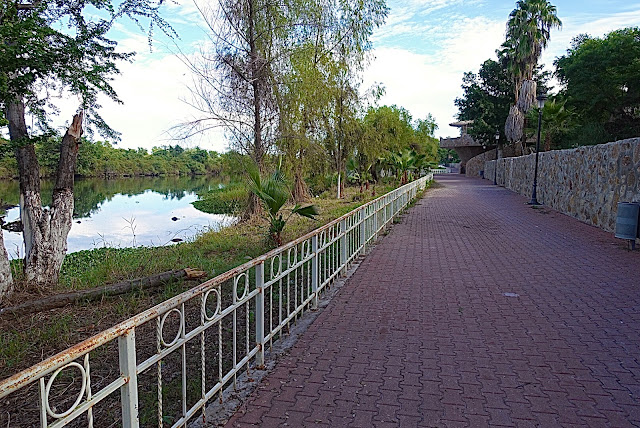 It’s probably about a mile long and very peaceful.  I kept walking around the city and ended up at an ice ream shop.  I’m not sure why- I don’t even like ice-cream unless it’s in the cup of a Blizzard.  However I tried two flavours and they both tasted like cold cream.  Calories for nothing!

I came back to my room to continue reading a great book called The Alice Network.  It’s about women spies during WW1 and very good!  Later, I went looking for a couple of historic hotels I hadn’t visited yet.

At first, I thought Hotel Villa del Pescador was closed- 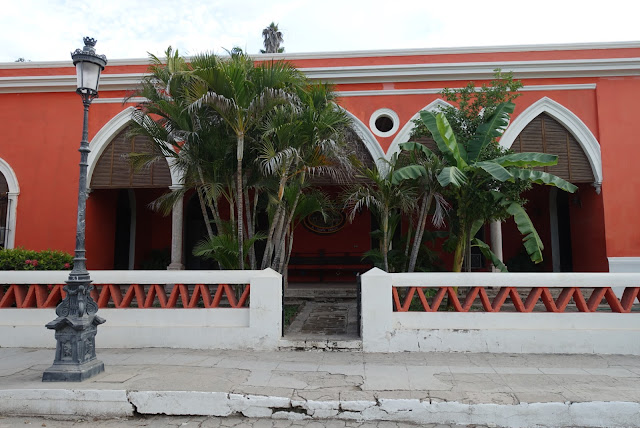 but no it’s open only there are no guests.  It’s very run down and should be closed but the hombre working was very friendly.  It must be hard to entice visitors to your hotel.  There are so many to choose from and from what I’ve seen, I’m one of two white people here right now.  A third visitor in town is Sandy from Hong Kong.  She’s my next door neighbour and catching El Chepe in the morning too.  She just arrived in Mexico two nights ago after a gruelling two day flight.  She’s travelling into South America, to Montreal, Spain, Morocco and France and flying back to HK March 17.  She’s feeling torn about being here - glad to be seeing new things but wishing she were in HK to join the protests.  She says there’s going to be another big one this coming Sunday.

Another hotel I visited is the Torres del Fuerte- 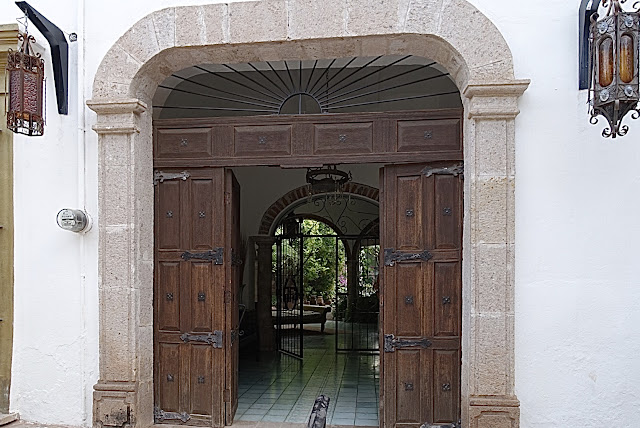 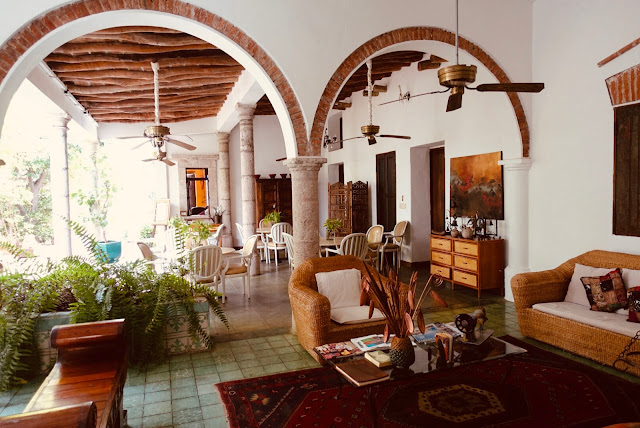 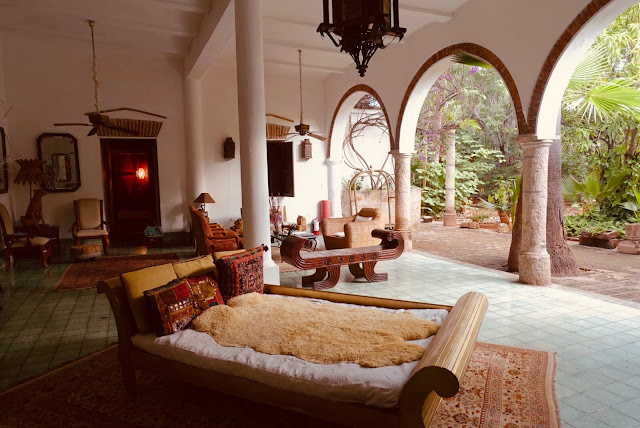 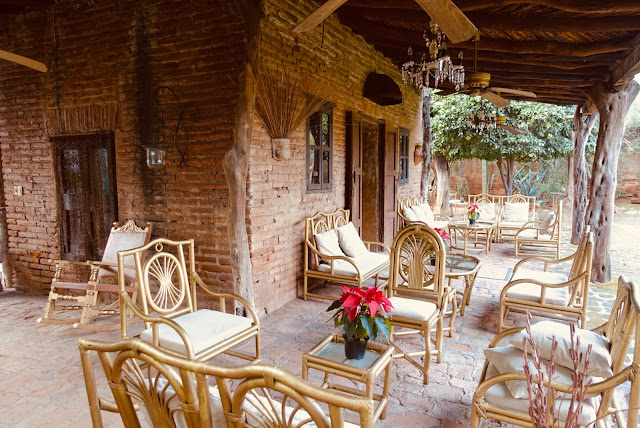 Once again, I didn’t see one huesped!  So sad.

I went to Mansion de los Orrantia for lupper.  It’s number two on TripAvisor which I only look at to get ideas of what to do and where to go.  El Meson del General, where I went yesterday is number one.  I ordered a cerveza and of course nachos and salsa come with it- 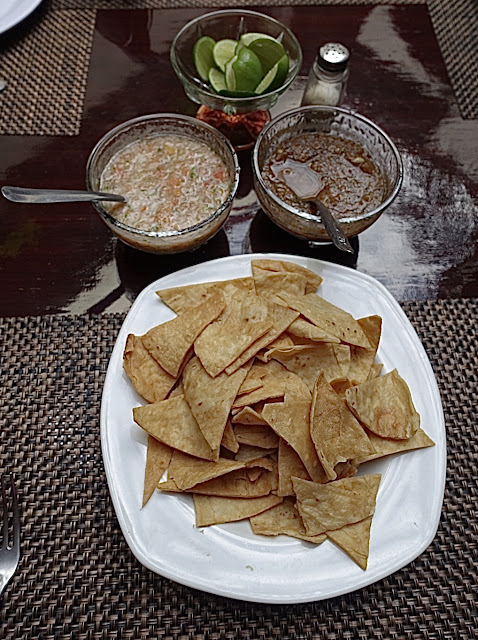 The nachos are homemade and so much better than not. The salsa on the left was delicious - tomatoes, onions and chilies. The salsa on the right was quite piquante and is a darker colour even though it has the same ingredients because the tomatoes were grilled.

Lupper was filete flameado which is bass stuffed with camarones and queso, no bacon this time and that was the missing ingredient.  The presentation was awesome and the salad “bowl” was a strip of pepino shappe in a circle like bowl a stuffed with verdura- 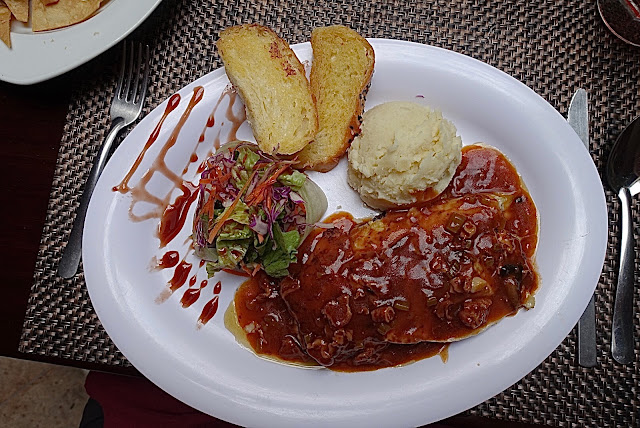 A funeral was going by when I left the restaurant.  It’s tradition to walk behind the coffin all the way to the cemetery but this procession used a hearse rather than people to shoulder it- 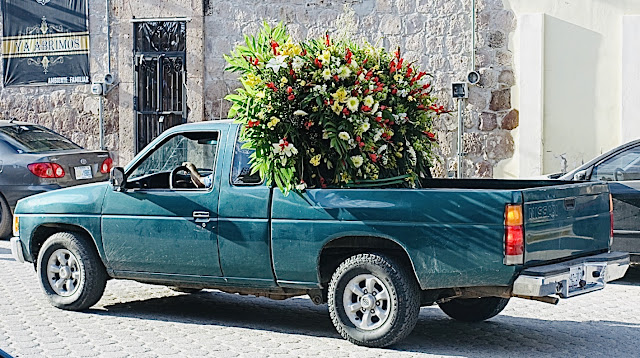 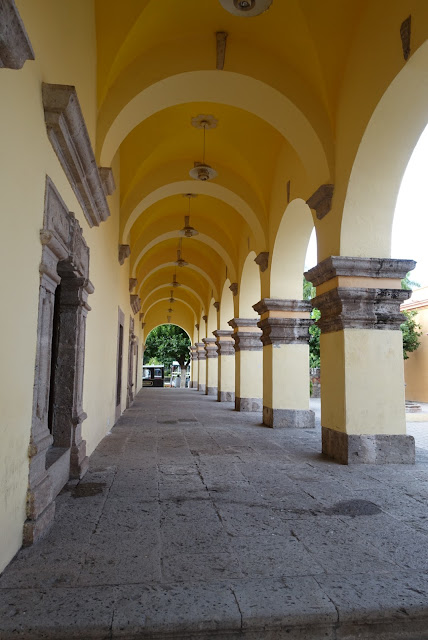 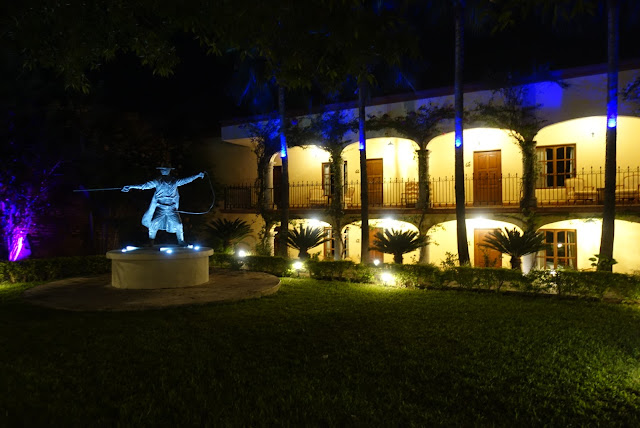 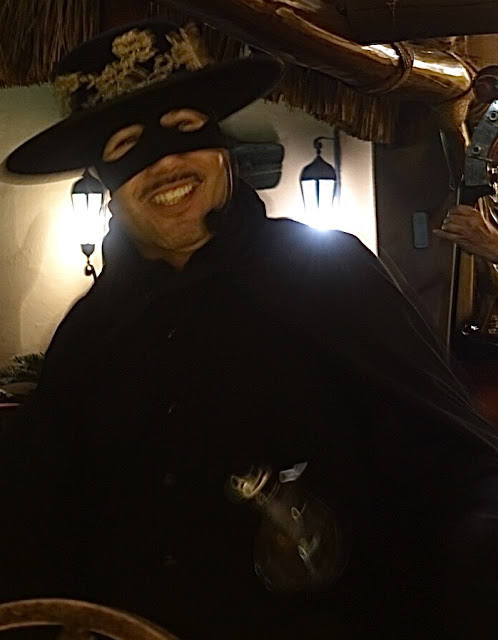 There were musicians too who were very good- 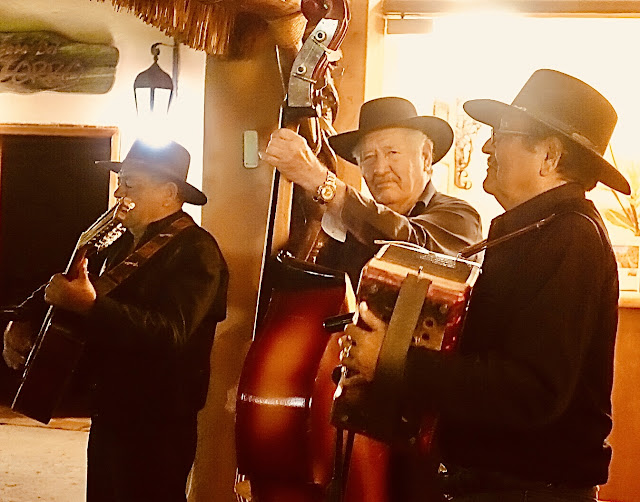 Entrance is free, but you’re asked to buy a bebida so I had a beer that cost three times what I usually pay!  Not so free after all.  I was visiting with a waiter who has recently returned to Mexico from the U.S.  He lived and worked in California and Las Vegas for 24 years.  He has two sons who are American but he was kicked out because he’s illegal.  He said he’s over the depression and anger - he lost his business, his home, everything. He had to leave with nothing!

Tomorrow, Sandy and I will take a taxi to the train station. I’m looking forward to moving on!