I am in the best room ever. It’s quiet, bright and very secluded. I slept until 9:30 - wow!  I was watching movies fairly late though; I watched After the Wedding which is very interesting and half of Clint Eastwood’s The Mule.  Clint looks so old in that film - he walks hunched over and I think should retire.  However....

I had my first fall today.  I’ve been really careful - the sidewalks are all up and down and full of holes.  In the centres there are many steps up and down to curbs and today the bricks were all the same colour and my right foot landed on the edge of a step and down I went.  Luckily, I was close to a corner but not on it so I didn’t go flying into the street and all my electronics were in my pockets so nothing was broken.  It’s my first fall but I’m sure won’t be my last.  I’m just so glad I wasn’t hurt.

The only museum I had left to visit was Museo Federico Silva.  The building was built as a convent-hospital, part of the neighbouring church San Juan de Dios, and constructed in 1611.  From 1895-1905 it was offices, then became a school and finally opened as this Museo in 2003- 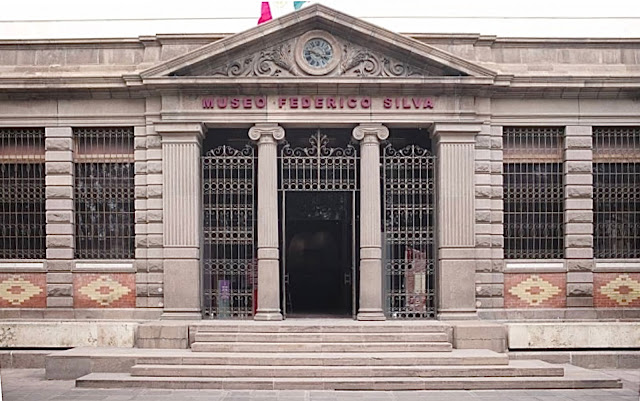 The main attraction is sculptures by Federico Silva, a Mexican artist, lawyer, veterinarian and anthropologist. His sculptures are made from volcanic stone and he also incorporates steel.  This is Ehectl (1988) who is a pre-Columbian deity associated with the wind, who exists in Aztec mythology- 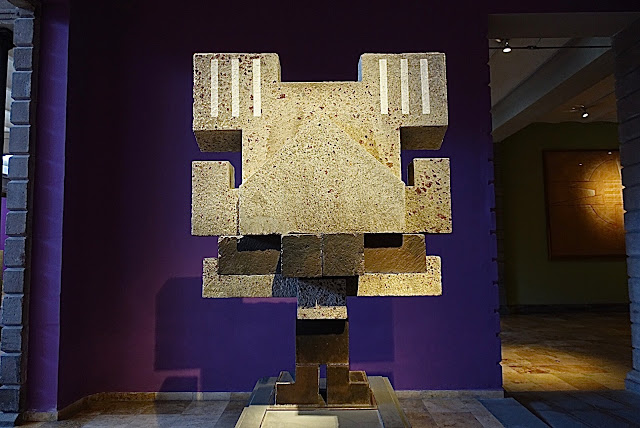 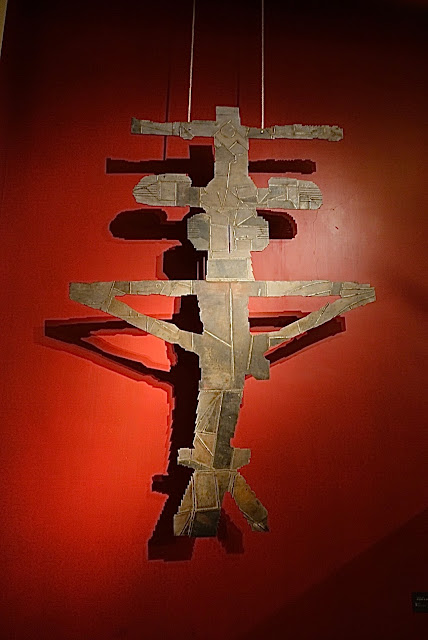 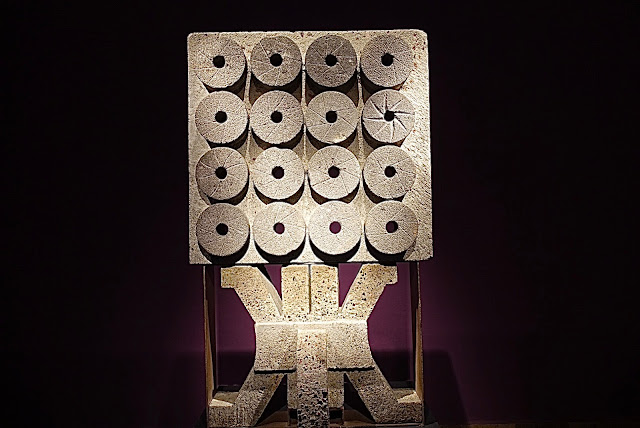 The museum is beautiful and these sculptures are enormous- 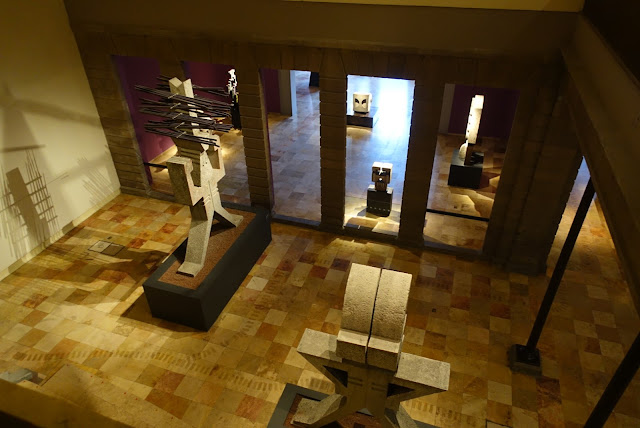 There’s even a huge one that completely fills a room in the basement. 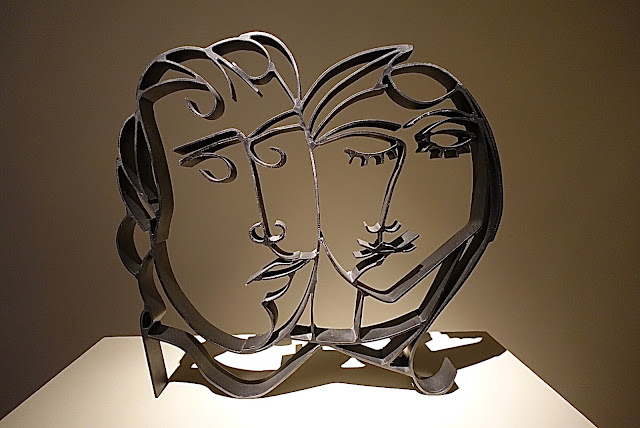 This one is really cool.  There are four 3D women hanging from cords by Maria Jose Lavin that are about 150cm long and 80cm wide- 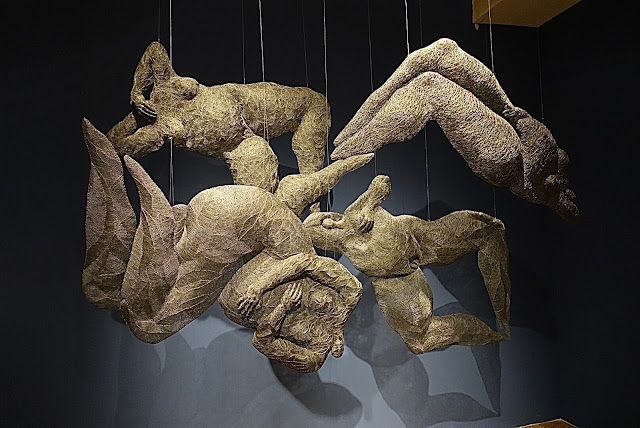 They’re made from a fine wire and even have vaginas- 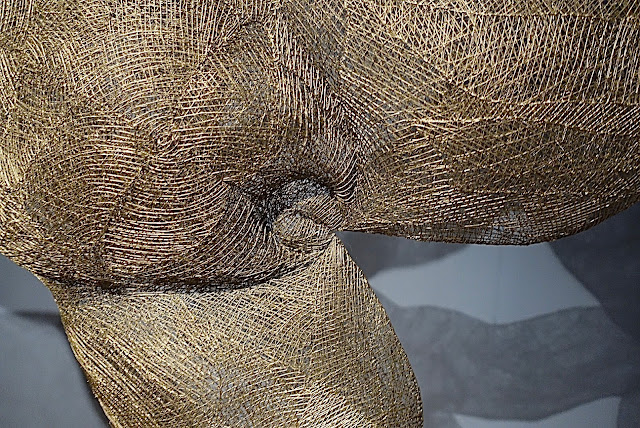 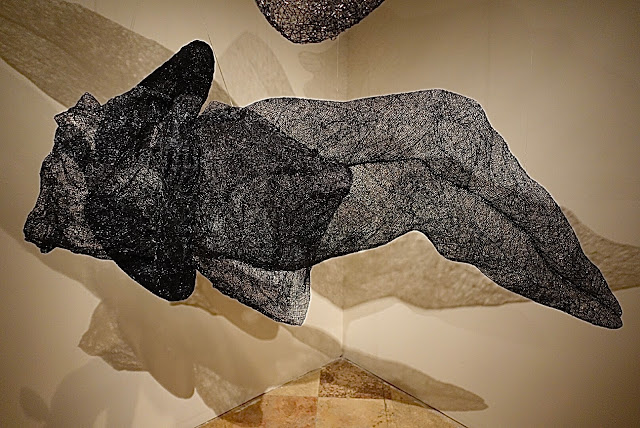 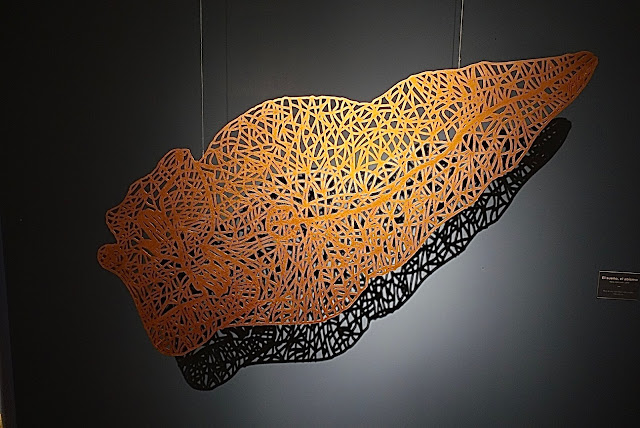 Venus, metafora is also by Maria Jose Lavin (2013) and made from about four inch wide felt- 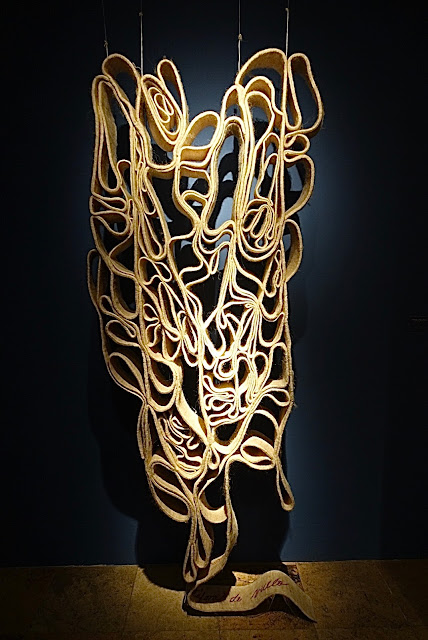 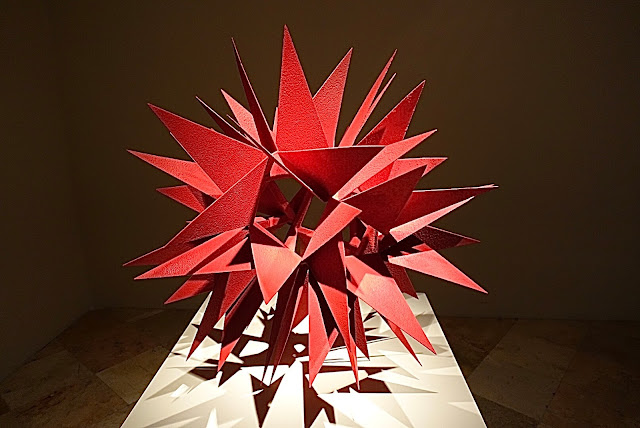 I enjoyed the museum even though modern art isn’t my favourite. I hopped on a bus and went to the Harley Shop where I found a very reasonably priced t-shirt- 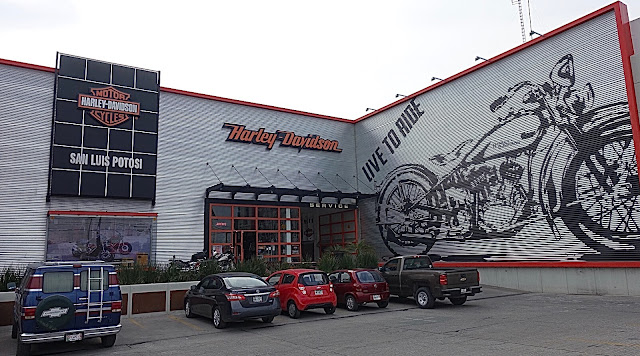 I caught another bus back to the centre and stopped in at Santuario de San Jose which was built between 1874 - 1885.  The facade is grey quarry stone with a single Baroque tower- 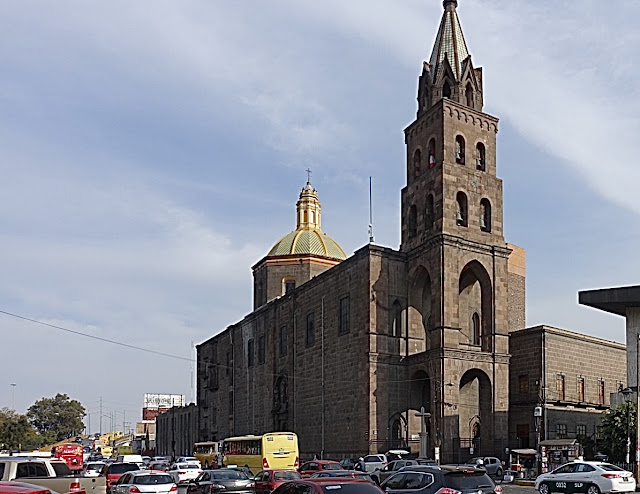 A funeral was just finishing- 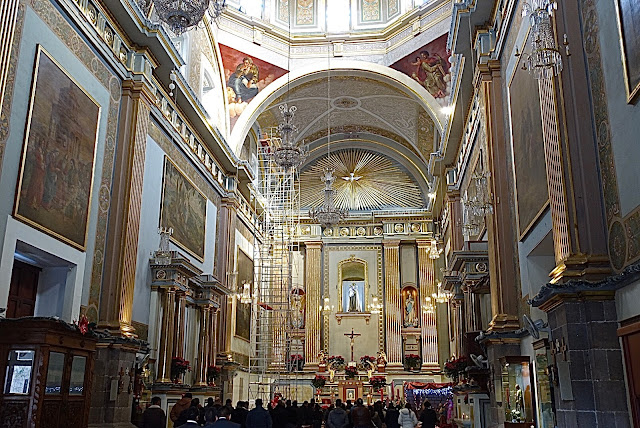 I walked to my local hamburger stand and then to the Mercado looking for something dulce.  This family is ready for Navidad- 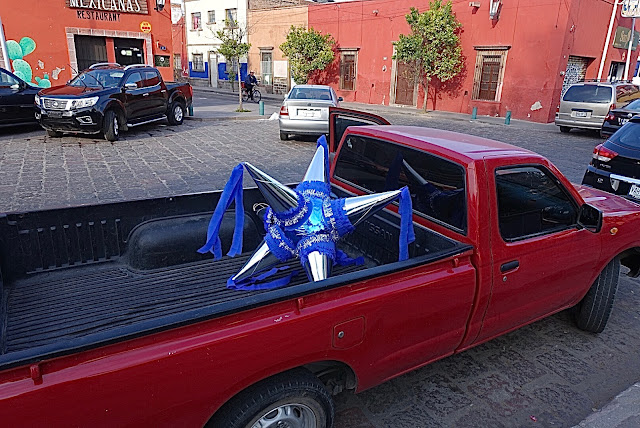 At a bakery, I visited with the owner who lived in Seattle for three years and plans to apply for immigration into Canada in 2020 to hopefully live in Alberta.  He studied in the U.S.; he wasn’t an illegal.  He still has a lot of family in the Seattle area too. 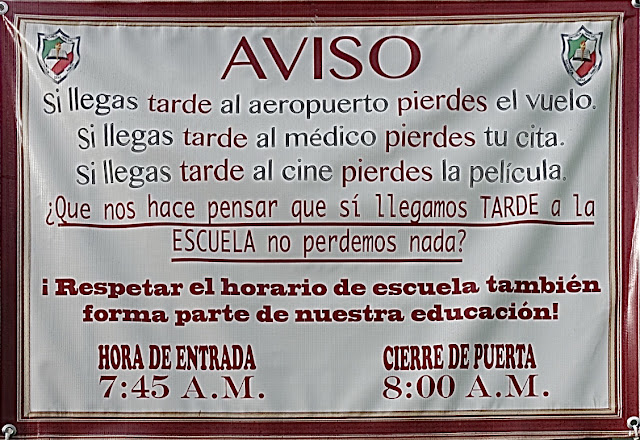 It was a much nicer day with a high of 18.  I like San Luis Potosí but am moving on to Queratero in the morning!