Most Mexicans are midgets and this is what I see in almost all bathroom mirrors.  I have to bend my knees to see my face.  Too funny- 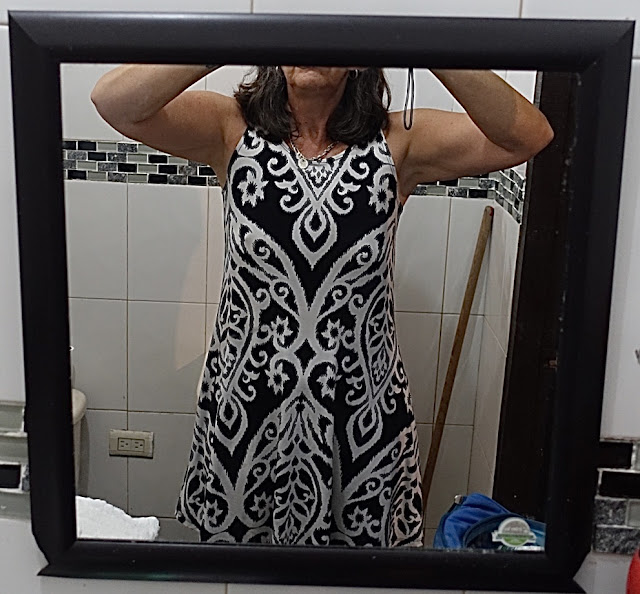 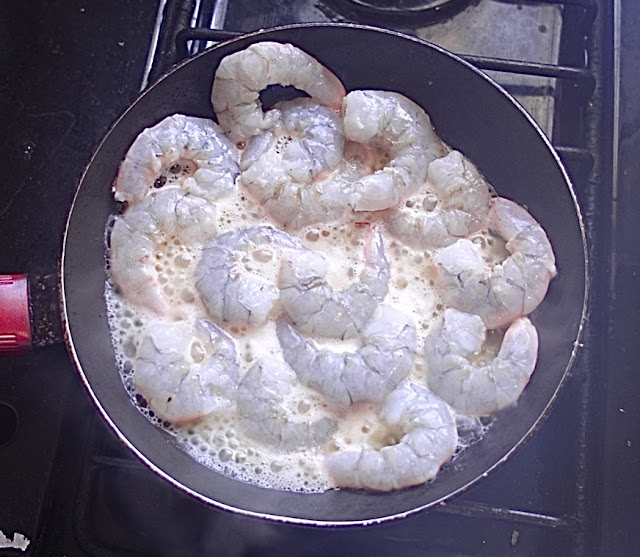 Yesterday I had hopped on a bus going to El Maviri but decided against it because it was Sunday and I thought the beaches would be packed.  It was a good decision because today I was here all by myself- 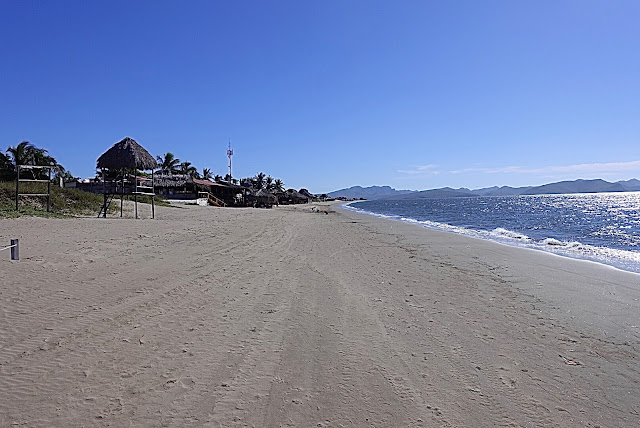 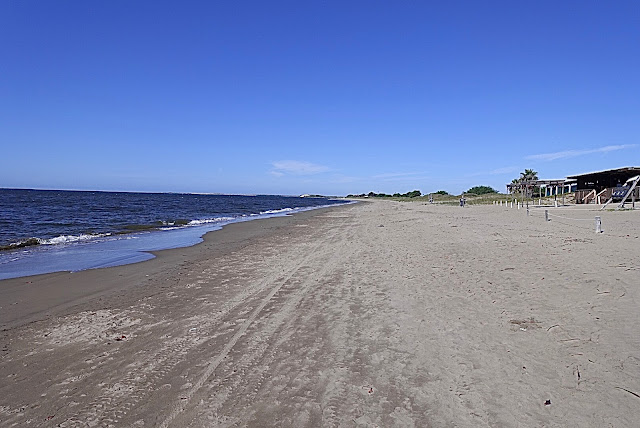 They have a boardwalk that is falling apart.  A couple of years ago waves from a big storm wiped parts of it out so they have decided to demolish it.  Now that was two years ago so maybe they’re waiting for another big storm to come along and take it completely away.  I’m not sure why they even bothered because the beach is flat and very nice to walk on- 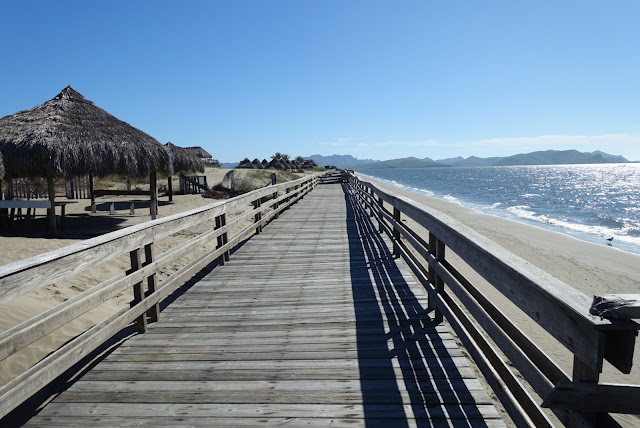 I had pretty good luck with buses.  When I arrived at the Azules del Noroeste bus station this morning, I no sooner sat down on the bus that we left.  However I stood, with three other women, for more than an hour waiting for the bus from El Maviri to Topolobampo.  The 2:55 bus didn’t show up at all.  Once in Topolobampo, I walked along the Malecon where there is some great wall art- 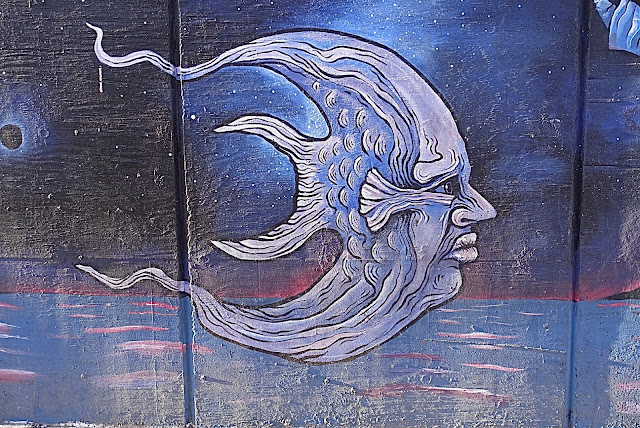 What is it with these signs?-

Topolobampo seems like a nice little town built in the hills- 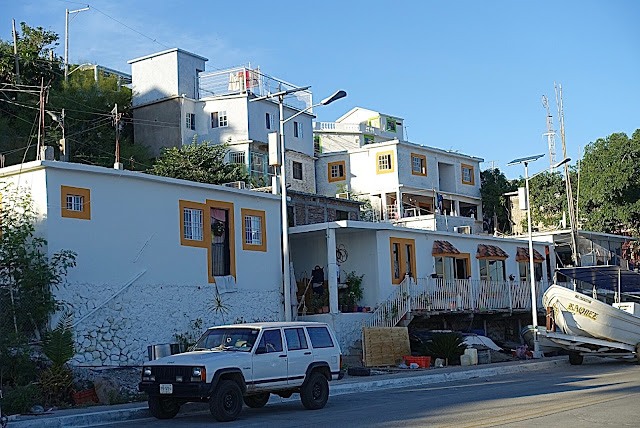 Being Monday, most sidewalk cafes are closed and there were few people around.  The big deal here is to see Pochocho, a wild dolphin who has lived in the area for over 20 years.  I didn’t go because I’ve seen dolphins before and it was quite expensive for me alone.

Gyms in parks are popular- 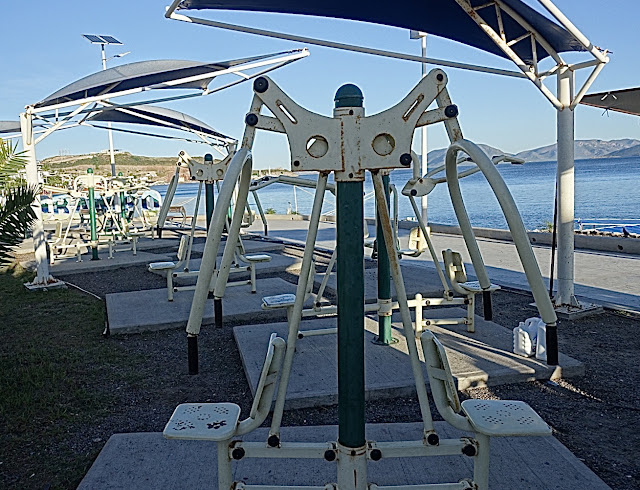 Topolobampo is a big port and where Jose, my host, works- 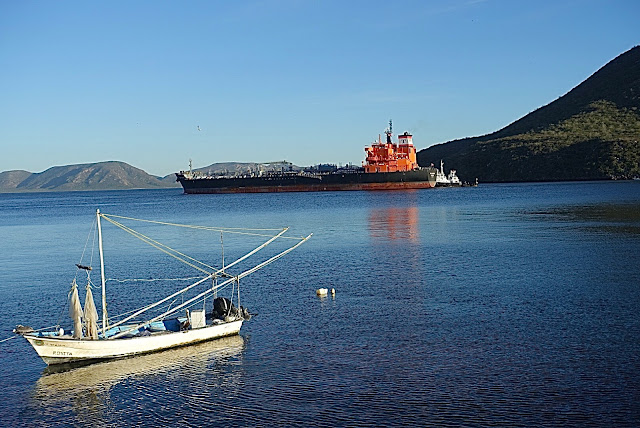 It was a nice cool day, too cool for the Mexicans.  I met a couple sitting along the street who stared at me and finally asked if I wasn’t cold?  I was in a short sleeveless dress, actually, it’s my pyjamas but I wear it as a bathing suit cover up too.  It was 24 degrees, a perfect day for me, but not for them.  Further along, this couple was even wearing coats and drinking coffee, trying to stay warm- 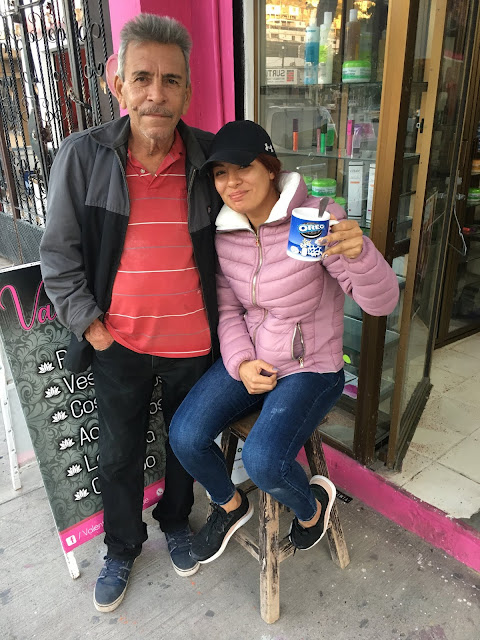 I kept walking towards the bus depot to come back to Los Mochis and confirmed with la policia that I was going the right way when he pointed to a van, about half a block away that was going to Los Mochis.  I ran to it and boom, we were on our way.  Good timing again!  This morning I walked 2 km to the bus station and then chuckled as I watched us pass the street two blocks from where I live so I got off there tonight and had a much shorter walk home.

When I got home, I went to the restaurant two doors down from my apartment and ordered supper.  You never know what you’re going to get.  This time it was delicious beef broth consommé, a weird fried taco with a bit of pollo inside and a gordita which is a thicker tortilla with pollo and queso.  The little plastic bags contain green salsa that is slightly piquante and creme fraiche.  The larger dish is just a salad.  All of this cost $2- 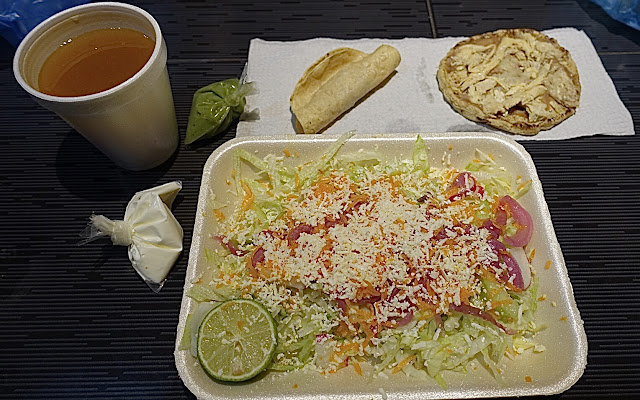 I had a great day and am looking forward to moving on to El Fuerte.